While everyone waits in anticipation for the 145th Kentucky Derby, there is much more to one of the most exciting weekends in horse racing than just the Run for the Roses itself.

Racing will start on Friday with Kentucky Oaks, followed by plenty of races on Saturday before the big event at Churchill Downs in Louisville, Kentucky.

Here's a rundown of the jam-packed weekend with race info, coverage and analysis of Kentucky Oaks, the Kentucky Derby undercard races and then finally, the Derby.

The weekend will kick off with the Longines Kentucky Oaks, which features the top three-year old fillies center stage at Churchill Downs. The race is $1 Million Grade 1 stakes, and is known as "Lilies for the Fillies" because the winner is given a garland of lilies. With a 6:12 p.m. ET start time, the Oaks is the 11th race in a 13-race lineup.

Here's a look at the post positions and odds for the Kentucky Oaks fillies, courtesy of the site:

As these odds show, Bellafina is the favorite to win the race, with Dunbar Road, Champagne Anyone and Restless Rider all a close second in the outer post positions.

Bellafina made the 2-1 morning-line favorite as a result of her three 2019 wins in Southern California, in addition to her being a three-time Grade 1 winner, according to Blood Horse.

However, the young filly will have competition as she faces an old foe, Restless Rider, who beat her at the Tito's Handmade Vodka Breeders' Cup Juvenile Fillies (G1) race in November.

You don't have to wait for the Derby itself to start celebrating on Derby Day, with 14 total races scheduled for the day starting at 10:30 a.m. ET and ending after the final 8:20 p.m. ET race. The full schedule can be found on the Derby's official website.

If there's one undercard race to watch of the 13, it's likely to be the Old Forester Turf Classic Stakes that immediately precedes the Run for the Roses at 5:25 p.m. ET.

Here's a look at the posts and odds for the G1T race, courtesy of Blood Horse:

William Lawrence's Bricks and Mortar is the favorite to win, after winning three straight races, which included a victory at the inaugural Pegasus World Cup Turf Invitations Stakes (G1) and the Muniz Memorial Handicap (G2T).

Award-winning trainer Chad Brown has been essential in getting the young horse back to the races after being sidelined for 15 months in 2017-2018.

Bricks and Mortar will start from the No. 12 post and will be ridden by jockey Irad Ortiz

Brown's other horses—Raging Bull and Ticonderoga—come in behind Bricks and Mortar at 5-1 and 8-1 odds, respectively. The trainer has a good chance to add to his resume with yet another win, as his horses are three of the top four contestants.

The weekend culminates in one of the biggest races in horse racing, the 145th Kentucky Derby.

Only days before the big race, the favorite to win—Richard Mandella's Omaha Beach—was scratched from the race because of an entrapped epiglottis, which would cause the horse to have difficulty breathing.

"After training this morning we noticed him cough a few times," Mandella said in a news release, according to ESPN. "It caused us to scope him and we found an entrapped epiglottis. We can't fix it this week so we'll have to have a procedure done in a few days and probably be out of training for three weeks. We'll have to figure out a whole new game plan."

The horse will have surgery in Kentucky in the coming days and be sidelined for a few weeks, ruining his chances at a Triple Crown. Jockey Mike Smith, who chose to ride Omaha each over Roadster in the Derby, will now be left without a horse. This is a disappointing turn of events for the jockey, who won the Derby last year on Justify and went onto capture the Triple Crown with trainer Bob Baffert's horse.

Updated Derby odds after the defection of Omaha Beach https://t.co/KN1TYUlmTw

According to OddsShark, Baffert's Game Winner and Roaster are tied with 9-2 odds to win the Run for the Roses. Bodexpress has been added now as well and will start from the No. 21 post with 30-1 odds.

Baffert's chances of capturing another Derby win—on the trail to another potential Triple Crown win—has increased tremendously with Omaha Beach's sidelining. His three horses in as the top three favorites, with Game Winner and Roadster tied as the co-favorites to win and Improbable following closely behind with 5-1 odds.

Game Winner is named as the favorite in other Derby Odds, and is looking like the horse to beat after a victory in the Breeders' Cup Juvenile in 2018. The horse was also unanimously named the champion 2-year-old male last year, according to ESPN. Improbable added a win to the Street Sense Stakes on the undercard for the Breeders' Cup.

The favorite has won the Derby for six straight years, which bodes well for Game Winner.

Beyond Baffert's trio of top-notch horses, Tacitus and Maximum Security also pose potential threats and are contenders for the Roses.

Tacitus led all the entrants in qualifying points on the way to the Derby, according to CBS Sports, and won the Wood Memorial and Tampa Bay Derby. Jockey Jose Ortiz chose to ride Tacitus over Improbable, which bodes well for anyone looking to place money on a horse that's not a clear favorite.

Maximum Security is the only undefeated horse in the 2019 Kentucky Derby and lacks the characteristics of a typical Derby horse. His success places him at a good chance of winning, and his post in the middle of the pack should allow him to break out and get ahead of the slower-start horses around him.

All top five horses have a shot at winning the Roses, and will give fans everywhere an exciting "two minutes." 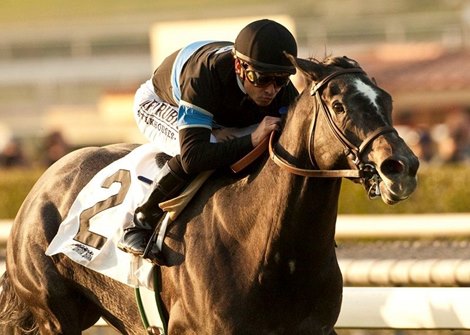 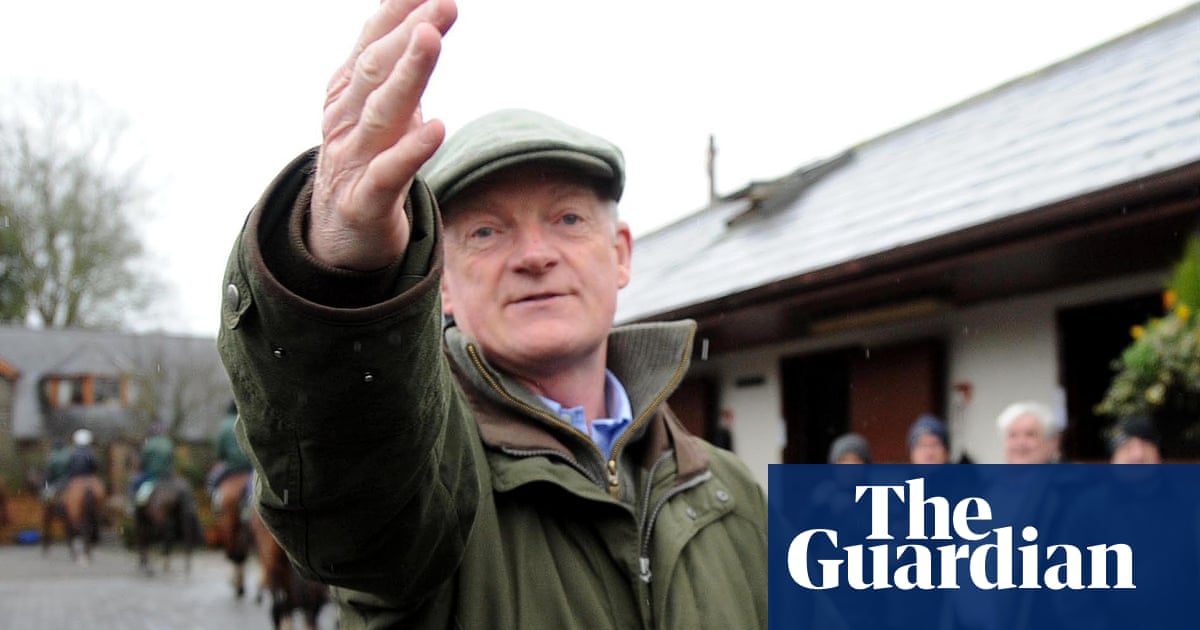 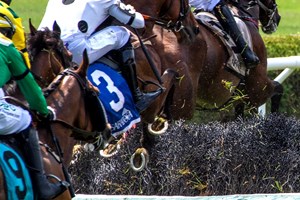 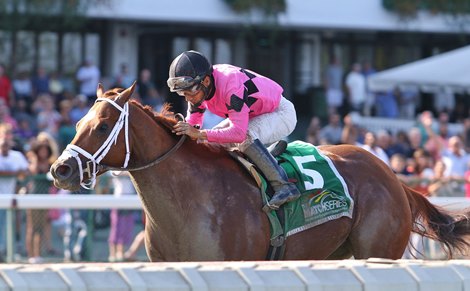