Utah Jazz center Rudy Gobert retained his NBA Defensive Player of the Year Award by claiming the 2018-19 honor on Monday.

The 26-year-old averaged 2.3 blocks per game, same as 2017-18, in the regular season while also averaging a career-high 9.0 defensive rebounds. Gobert appeared in 81 games for Utah, up from just 56 last season.

I see you @utahjazz. The Gobert DPOY campaign is dope. The attention to detail ... amazing. (They sent a faux Coltrane 1957 album to award voters. This is genius stuff.) https://t.co/sGNoF2Nisx

While Gobert's blocks have decreased since he led the league with 2.6 per game in 2016-17, Jason S. Walker of SB Nation's SLC Dunk made an argument for this season as Gobert's best:

"No player analysis would be complete without telling you how many other players have matched or exceeded each of those stats Gobert has put up. The answer is 12. And the only player on that list that isn't a Hall of Famer (or well on their way) is Chris Webber.

"Throw in a final qualification of having less than 2.5 turnovers per game and that short, 13-player list is whittled down to one player: Rudy Gobert."

The Jazz saw their season end in the first round of the Western Conference playoffs against the Houston Rockets. 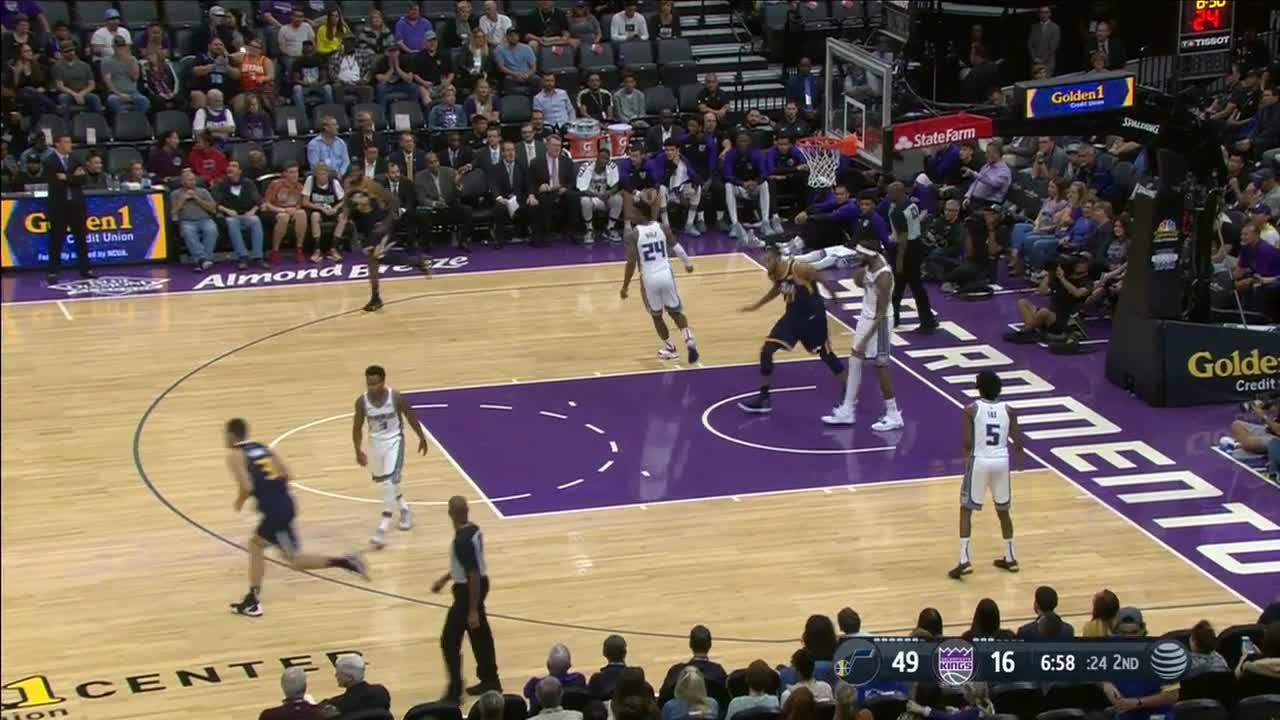