Venezuela defeated Argentina 3-1 in an international friendly Friday at Wanda Metropolitano in Madrid.

Salomon Rondon opened the scoring for Venezuela in the sixth minute, with Jhon Murillo and Josef Martinez finding the back of the net as well. Lautaro Martinez scored Argentina's only goal in the 59th minute.

The match saw Lionel Messi return to Argentina after taking a voluntary break from La Albiceleste. The Barcelona star stepped back after the 2018 World Cup when Argentina lost to eventual champions France in the round of 16.

Argentina were without a few of their more experienced veterans. Angel Di Maria and Nicolas Otamendi are both injured and thus unavailable to coach Lionel Scaloni. Mauro Icardi only just returned to training for Inter Milan following a prolonged dispute with the club. Sergio Aguero, meanwhile, continues to be effectively frozen out by Scaloni.

The cries to include Aguero are likely to grow louder following Argentina's loss.

Nobody expected Messi's return to immediately paper over all of the cracks in Argentina's setup. The last few international tournaments have laid bare the five-time Ballon d'Or winner's limitations with regard to his carrying the national team.

One would've expected Messi to provide some sort of lift—both direct and indirect—for this friendly, however.

Instead, Venezuela needed just six minutes to tear apart the Argentina defense on the counter-attack.

According to ESPN FC, Venezuela had just four shots on target and 34 percent of possession. La Vinotinto had the perfect game plan to attack Argentina. They sat back, defended and then used their speed to quickly carve up Argentina's three-man back line.

Credit to Venezuela mind, who defended brilliantly throughout and took their chances when they came. There's a lot to like about this Vinotinto side, not least outrageously talented goalkeeper Wuilker Fariñez.

Historically speaking, Argentina have dominated Venezuela, but they were clearly the second-best team on the pitch Friday.

Venezuela have beaten Argentina for just the second time in their history; the first time by two clear goals. LLLLLLLLLLLLLLLLLLLWLLDDW Lionel Messi's first game back has not gone as planned. 😳 https://t.co/zwCXcFIHr0

One could argue the result is ultimately meaningless and thus not a cause for concern. Argentina's performance says otherwise. The team looked listless and out of sync, which isn't ideal with the Copa America right around the corner.

To some extent, Scaloni replaced Jorge Sampaoli at the most inopportune time. He has only one year to put his imprint on the squad before the Copa America gets underway, and he now has to figure Messi back into his plans ahead of the tournament.

As a result, Argentina are stuck in a sort of purgatory where they arguably need to start building to their next generation while simultaneously aiming for a winner's medal in Brazil this summer after finishing runners-up in 2015 and 2016.

What's worrying about Argentina is that Scaloni has had enough matches to know or at least have an idea of how he wants his team to play. With very little matches left before the Copa America, the team has no identity. That is worrying the most.

Scaloni is coaching for his job as well since the national team federation made him Sampaoli's full-time replacement only through the Copa America. Argentina might be moving onto another coach if they suffer a disappointing exit.

If Argentina played in an American sports league, now would be the time to start tanking and loading up on draft picks to assemble a contender in three or four years. That kind of strategy might be impossible given the passion and expectations of the fanbase.

As a result, Argentina are left throwing out an inferior team, and that remains the case whether Messi is present or not.

Venezuela have an exhibition scheduled with the Catalonia national team for Monday. According to Marca, Gerard Pique, Xavi Hernandez, Oriol Romeu and Aleix Vidal will be among those representing Catalonia. Argentina play one more friendly before heading to Brazil for Copa America 2019. They will meet Morocco on Tuesday.

Spain to play friendly against the Netherlands on November 11 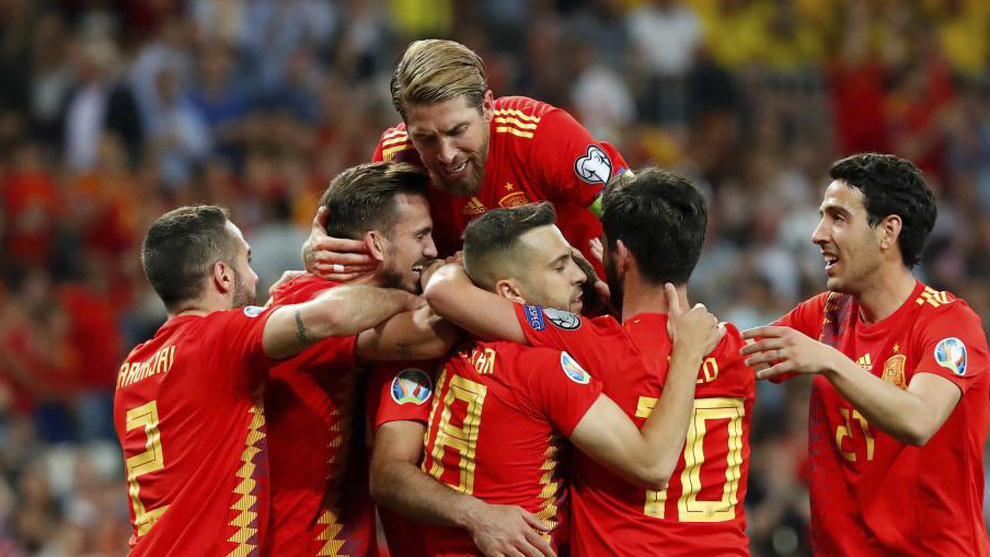 Spain to play friendly against the Netherlands on November 11