Golden State Warriors power forward Draymond Green came to the defense of center DeMarcus Cousins after the Dubs' 122-105 victory over the Denver Nuggets on Friday night.

Nick Friedell of ESPN.com provided comments from the outspoken three-time NBA champion, who doesn't think it's fair Cousins received so much criticism during the team's recent rough patch but little credit for his strong showing against the Nuggets.

"Everybody wants to talk s--t about DeMarcus' defense," Green said. "I told y'all last game, we haven't played with energy—or at practice. Everybody wanna [say], 'It's a problem when DeMarcus is out there.' Yet everyone picked the energy up, all of a sudden no one is talking about DeMarcus' problems defensively. Now it's a good matchup for him. That's bulls--t to me." 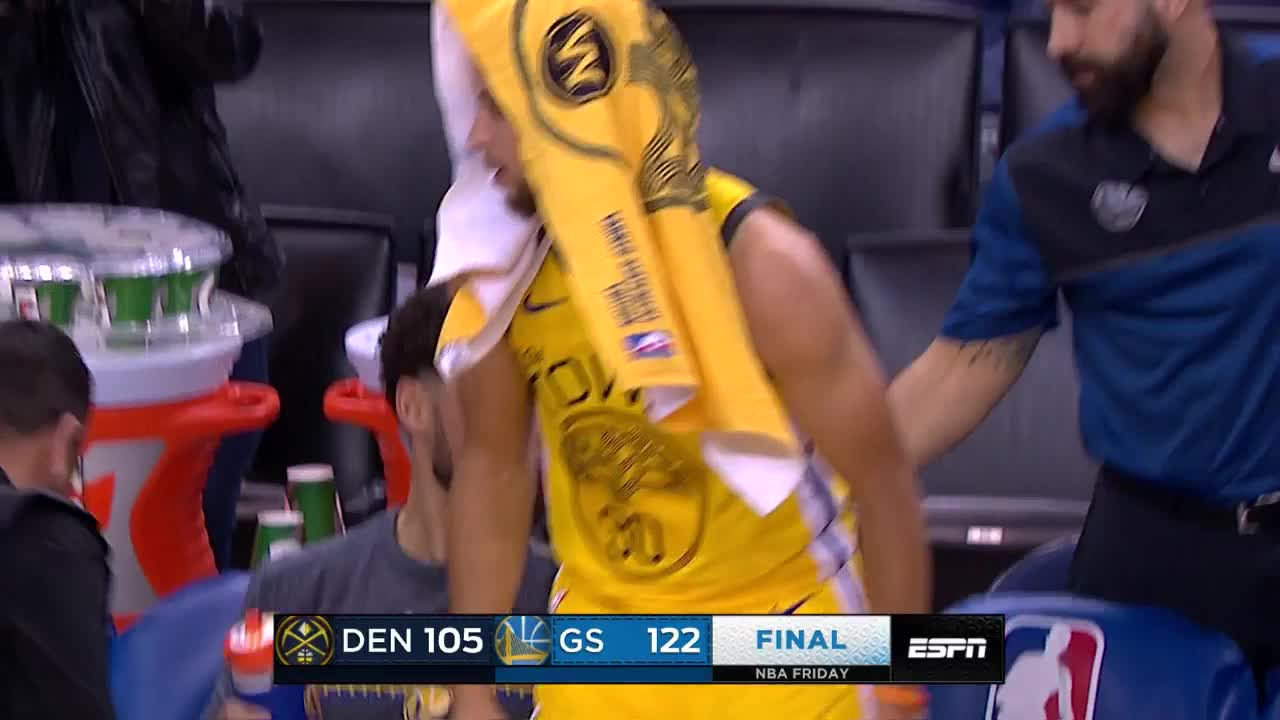 Cousins' defense was a point of contention as the Warriors dropped five of their previous eight games heading into the high-profile clash with Denver, which could have tied Golden State for the top spot in the Western Conference with a win Friday.

The 28-year-old University of Kentucky product responded by tallying six blocks and three steals in addition to 13 points, six rebounds and six assists in the triumph over the Nuggets.

"I thought DeMarcus was great," Warriors head coach Steve Kerr said, per Friedell. "Six blocks, three steals. He was all over the place defensively. And then he finally got that three to go down and put his hands to the heavens. He's been great, his approach, his attitude."

Cousins missed the season's first three months while completing his recovery from a torn Achilles after signing with Golden State as a free agent.

He ranks a modest 31st among centers in ESPN's Real Plus-Minus across 18 appearances since his return.

The two-time reigning champion Warriors are likely far more concerned about his level of play once the playoffs roll around compared to his current form, though.

Cousins' performance against the Nuggets was a major step in the right direction.

Predictions for Every Major NBA Award This Year 🏆

Who will win...and who should win

Predictions for Every Major NBA Award This Year 🏆