Duke Blue Devils freshman Zion Williamson suffered a knee injury in the first minute of Wednesday's loss to the North Carolina Tar Heels after his left shoe—which was a Nike—ripped open as he planted his foot.

"We are obviously concerned and want to wish Zion a speedy recovery," Nike said in a statement, per Darren Rovell of Action Network. "The quality and performance of our products are of utmost importance. While this is an isolated occurrence, we are working to identify the issue."

Duke head coach Mike Krzyzewski told reporters the team was "very concerned" about Williamson and deemed the injury a "mild knee sprain." While he noted it was "stable," he said the Blue Devils wouldn't have a timeline for recovery until Thursday.

CJ Fogler provided a closer look at the Nike shoe in question:

Most Nike contracts waive liability from school. But even though players are required to wear the shoes per the agreement, they are not technically part of the contract so they don’t waive their rights to sue for injury.

The injury was a massive blow to Duke's chances in the rivalry showdown and could derail its national championship hopes if he is unable to recover in time for the NCAA tournament. He is also the presumed No. 1 pick in the upcoming NBA draft, so his long-term health is important for his career beyond just Duke.

LeBron James and former President Barack Obama were among those who offered their well wishes to Williamson after his injury.

The Blue Devils appeared shell-shocked after losing their best player and never consistently challenged in an 88-72 loss. With Williamson not there to protect the rim and provide a formidable defensive presence, North Carolina consistently penetrated into the paint and created clean looks at the basket.

Duke's other potential top-10 picks did what they could, as RJ Barrett (33 points and 13 rebounds) and Cam Reddish (27 points) stuffed the stat sheet but didn't receive nearly enough help. No other Blue Devils player scored more than six points in defeat. 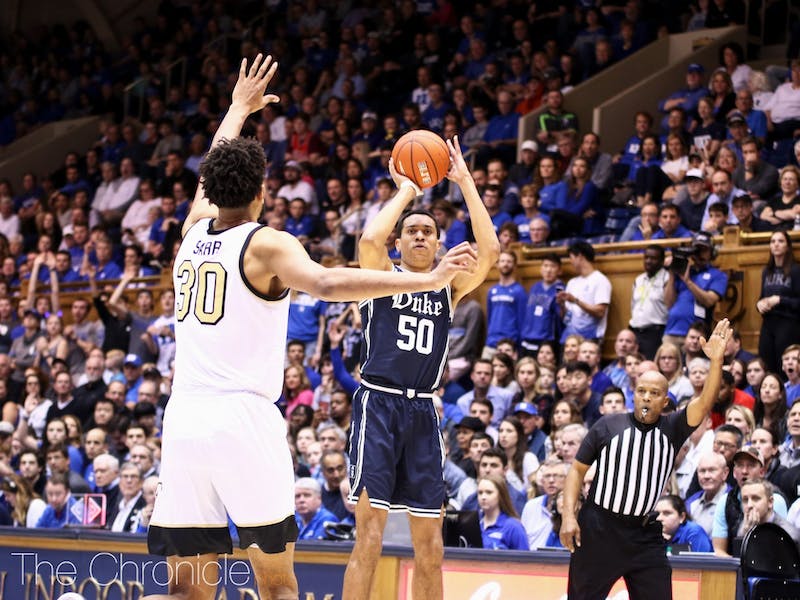 Why Zion Should Wait to Snatch Torch from LeBron James

Why Zion Should Wait to Snatch Torch from LeBron James