Barcelona are without a win in three matches after they were held to a third consecutive draw at 10-man Athletic Bilbao on Sunday, sharing the spoils after their 0-0 stalemate at San Mames.

Lionel Messi made his return to Ernesto Valverde's starting XI but was unable to inspire the Blaugrana to victory, leaving them six points ahead of Real Madrid at the head of La Liga.

Inaki Williams in particular will have been disappointed not to give Athletic a surprise win over the leaders after he missed a string of chances, and the pressure continues to build on Barca. Oscar De Marcos was shown a late red card after his second caution of the match.

Coutinho Is Obsolete for Barca Under Valverde

Not for the first time since leaving Liverpool a little more than one year ago, Coutinho featured as one of Barca's biggest disappointments on Sunday in what was another chance for him to be the difference-maker.

With Messi clearly not 100 percent fit and Ousmane Dembele, 21, still making his way back to full fitness, the script was there to be written by Coutinho, 26, who started on the left wing for the fifth league match in a row.

Sportswriter Ben Hayward also mentioned the missing Jordi Alba, whose influence down the same wing was missed, but much of Coutinho's failings were simply down to him not hitting the mark:

Alba and Arthur missed, too. And Coutinho struggling once again. Think we'll see Dembélé before too long. Maybe Malcom as well.

Ernesto Valverde has his ideal midfield and is seemingly intent to keep Coutinho as a wing option, despite the fact his best performances for Liverpool were largely as a No. 10.

All too often the Brazilian looked timid both on and off the ball. Even on his less favoured side, full-back Nelson Semedo—filling in for the injured Alba—looked more of a threat bearing down the flank at times.

Instead, Coutinho took to drifting inside closer to Luis Suarez, but still there was very little in his play that was decisive.

Blogger Rafael Hernandez aired his grievances with Coutinho, whom he appeared to suggest may not be coping well with the pressures of the Camp Nou:

Coutinho playing like he’s a 18 year old kid featuring for the first time in a second division match in Brazil… Again.

The trouble for Coutinho is that Dembele's revolution in recent months means he's now almost indispensable and will start opposite Messi—either side of Suarez—when both are fit. The Frenchman is five years younger than Coutinho and already oozes confidence on a scale the former Liverpool ace can only hope for in his current state.

Sunday's 75-minute display ended with Coutinho coming off in place of Dembele, who admittedly wasn't back to his best in a quarter-of-an-hour cameo.

Despite all the complications thus far, the route from here is a relatively simple one for Coutinho: Improve and demonstrate he's something Valverde needs, or risk becoming a very expensive piece of the furniture.

It's been a topic of debate for some years, but it should now be considered the status quo that Marc-Andre ter Stegen—and not the revered figure of long-term Germany No. 1 Manuel Neuer—is his nation's best goalkeeper.

After Bayern Munich's man between the posts has been out injured with a thumb complaint, Ter Stegen has put together the kind of consistent displays one often associates with the world's elite. He made five saves on Sunday, per WhoScored.com, but it was the quality in some of those instances that told a tale.

Raul Garcia and Yuri Berchiche each had a dangerous attempt saved in the first half, but it was Markel Susaeta whose effort drew out the best save of the period and left some in awe of the German:

Susaeta sends one postage-stamp bound and that is a fine, fine save from Ter Stegen. My word.

The 2014 signing from Borussia Monchengladbach has long lived in Neuer's shadow, but the past year or so has been a real coming-of-age period for Ter Stegen, who stood between Barca and defeat on Sunday.

With Real beginning to bear down in La Liga and Barca themselves dropping points, things could be a lot worse were it not for Ter Stegen, per OptaJose:

27 - Marc-André ter Stegen has saved 27 of the last 31 shots on target he has faced for @FCBarcelona in @LaLigaEN (four goals conceded). Barrier. https://t.co/hF35OMeE7c

Neuer has cultivated a following for popularising the free-roaming style of goalkeeping, but reflexes and saving shots are ultimately top priorities for a stopper, and Ter Stegen now reigns supreme in both fields.

Williams and Garcia were two of the major threats for Los Leones on Sunday, and Ter Stegen was drawn further into the spotlight after Barca's defence left holes aplenty, per journalist Sam Marsden:

Neuer, 32, has been one of Bayern's underperformers this season and contributed to their fall in the Bundesliga, where they trail leaders Borussia Dortmund in second.

Barcelona's imperfect defence has in a way been beneficial for Ter Stegen and allowed him to sparkle in his own right, although Germany's new top dog would likely prefer to be a little less busy if given the choice.

Barcelona host Real Valladolid on Saturday and then have a three-day turnaround until they open their UEFA Champions League last-16 meeting at home to Lyon. Athletic are back in La Liga action next Monday, when they travel to bottom team Huesca, who have won their last two in a row.

How Barcelona Lost Its Way 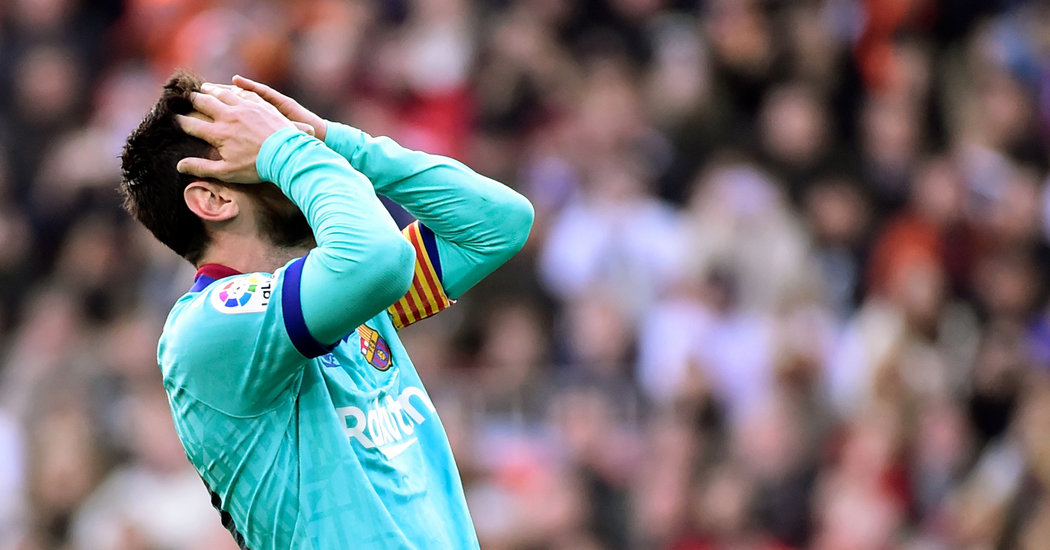 How Barcelona Lost Its Way