Philadelphia 76ers point guard Ben Simmons leads a 26-14 team that is currently fourth in the Eastern Conference and just 2.5 games back of the first-place Milwaukee Bucks.

The 76ers have a rough road ahead to make the NBA Finals, however, with four other East teams all having realistic shots at earning the conference's bid to the championship.

One X-factor is Simmons' jumper, which is more or less nonexistent. However, per Serena Winters of NBC Sports Philadelphia, Simmons is looking to add the jumper to his repertoire:

Ben Simmons on taking more jump shots recently: “I just want to get better. I’m not really worried about the immediate outcome. I think it’s just something special to my game that I’m adding, and it’s one of those parts to my game that can really separate me.”

Simmons has shot a few in recent days in what is perhaps an effort to slowly introduce the jumper to his game.

In the meantime, the 22-year-old doesn't need any jumpers as he continues to be a triple-double machine. He posted 20 points, 14 rebounds and 11 assists against the Dallas Mavericks on Saturday, which marked his fourth triple-double in one month.

He also doesn't need jumpers to score points in bunches: He hit 15 free throws in a 29-point effort against the Phoenix Suns on Wednesday.

Against the league's best, however, a jumper could be worthwhile. The four other Eastern Conference teams in the top five are in the top 10 in fewest points allowed. Those tough defenses may find it easier to guard Simmons, like when the Boston Celtics shut down the former LSU star in the playoffs last season. 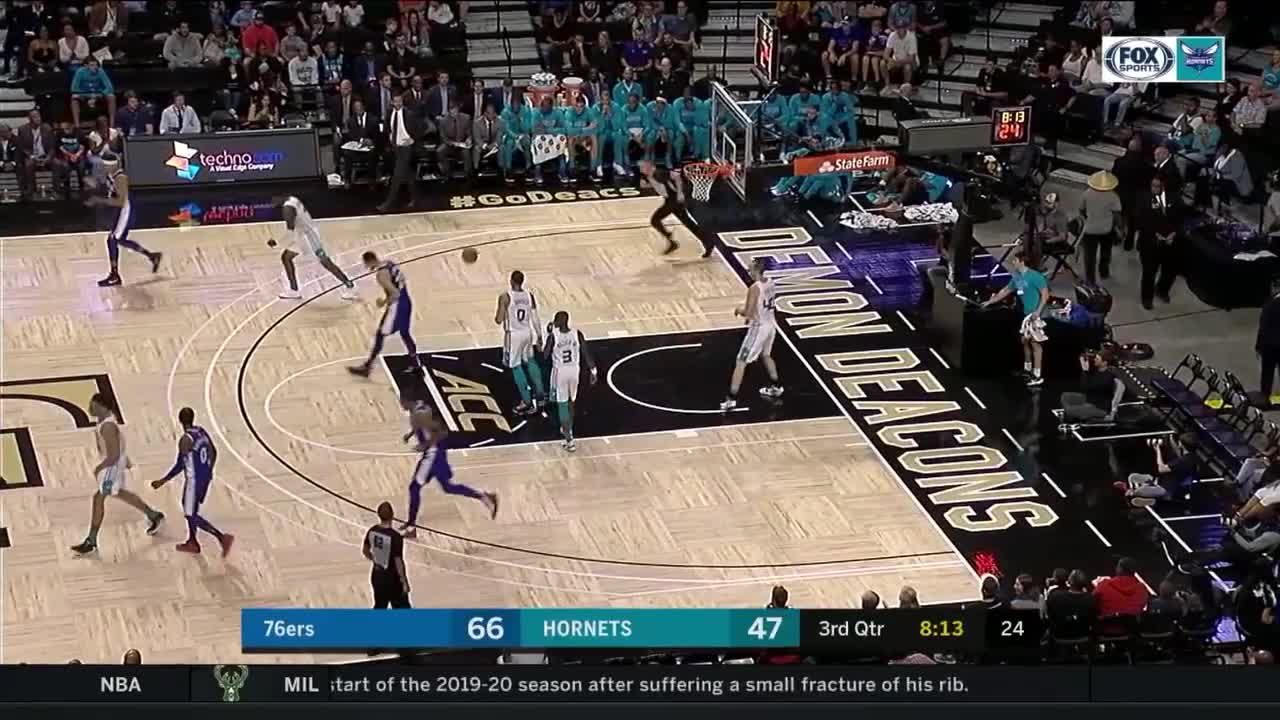 If Simmons can help spread the floor with a jumper, however, then he could be a dangerous weapon deep into this season's playoffs. He probably won't start popping threes like J.J. Redick, but even a mid-range game could go a long way.

Vince Carter: Not My Autograph 😅

Vince Carter: Not My Autograph 😅

Cuban: 'No Idea' When NBA Returns

Cuban: 'No Idea' When NBA Returns