Joe Burrow threw for 394 yards and four touchdowns in the PlayStation Fiesta Bowl as No. 11 LSU ended No. 8 UCF's 25-game winning streak by a final score of 40-32.

In the buildup to this one, most of the conversation centered around McKenzie Milton—UCF's Heisman-caliber quarterback who would not be playing due to a knee injury.

However, the postgame/preseason chatter should now revolve around Burrow as a dark horse in next year's Heisman race.

LSU's QB got out to a slow start. He squandered a huge opening kickoff return by Clyde Edwards-Helaire by only getting a field goal out of a drive that began at the UCF 16. And on the following possession, he threw a 93-yard pick-six to Brandon Moore—and took a vicious hit from Joey Connors while trying to tackle Moore along the sideline.

That’s Ight I’ll take the 4 tds and the dub https://t.co/VVDLdQbqNW

Apparently, that hit was just what he needed, because he was almost flawless the rest of the afternoon.

Burrow led the Tigers on three consecutive touchdown drives after the interception, including a gorgeous dime to Justin Jefferson in the back corner of the end zone for a 22-yard score. LSU took the lead and never looked back, padding it on Burrow's fourth passing touchdown early in the third quarter. All four of his touchdowns came on strikes from at least 20 yards away.

He was on pace for approximately 500 yards at that point and probably should have broken the Fiesta Bowl records for passing yards (451) and touchdowns (five). However, the Tigers turned to the ground game to salt away the clock for much of the second half. 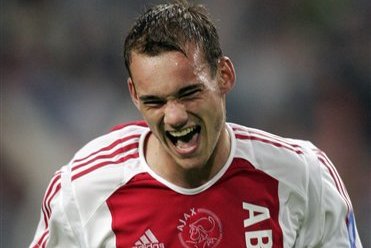 Burrow set career highs in both passing yards and touchdowns, but it actually would have been 404 yards and five scores if Jefferson hadn't dropped a very catchable ball on 3rd-and-goal from the 10 early in the fourth quarter.

Nevertheless, Burrow had a sensational afternoon to make up for an LSU defense that was forced to delve deep into the depth chart due to players sitting out, suffering injuries or getting ejected for targeting penalties.

Even before this explosion in the Fiesta Bowl, though, it was easy to see Burrow's potential as a breakout star in 2019.

He struggled with accuracy early in the season and had a hard time moving the ball against Florida, Mississippi State and Alabama. (Who didn't?) But Burrow completed 69.0 percent of his pass attempts over the final three weeks of the regular season, averaging 257.3 passing yards, 44.0 rushing yards and 3.0 total touchdowns during that stretch.

While those aren't exactly Kyler Murray or Tua Tagovailoa numbers, it was plausible cause for major optimism for the leader of a young offense.

LSU's top receiver in the Fiesta Bowl was freshman Ja'Marr Chase, who emerged as a slant-route extraordinaire for season-high marks of six catches for 93 yards. The three other receivers with at least 75 yards in this game were either sophomores or juniors who aren't expected to enter the NFL draft.

In addition to that quartet, freshman WR Terrace Marshall Jr. didn't do much this season, but the consensus 5-star recruit is an obvious candidate for a sophomore leap. And while Texas Tech transfer Jonathan Giles had a tough debut year in the bayou, he had 1,158 receiving yards in 2016 and could be poised for a big comeback campaign.

In other words, there are plenty of returning weapons at the disposal of a quarterback who was clearly making positive strides in his final four games.

Keep in mind, Burrow didn't transfer from Ohio State to LSU until after this past spring. By the time he made his debut as the Tigers starting quarterback, he had been with the team for less than four months. It's no big surprise that he looked a bit out of sync against the defenses of Miami and Auburn, since he was just getting his feet wet with this offense.

Not only was Burrow new, but with the exception of tight end Foster Moreau, just about the entire offense was different, too. Jefferson didn't make a single reception last year before leading the team in catches this year. And running backs Nick Brossette and Edwards-Helaire were both complete afterthoughts in 2017 behind Derrius Guice and Darrel Williams.

But now that Burrow has had a full year in the system—and now that both he and the coaching staff have a much better idea about which receivers are best suited for which routes/situations—he is in the perfect position to take another huge step forward this offseason.

I'm well-aware that beating up on UCF's secondary won't make Burrow the favorite to win the 2019 Heisman. He probably won't even open the season in the top 10. According to OddsShark, he wasn't one of the top 17 candidates as of Dec. 22.

But he should be.

This performance was a vivid reminder in a marquee bowl game that this is the same Joe Burrow who battled both J.T. Barrett and Dwayne Haskins for the starting job at Ohio State, and who subsequently steered LSU to AP Top 10 wins over Miami, Auburn and Georgia in his first seven games with the team.

If that man doesn't belong in the preseason Heisman conversation, why even have one?