Manchester United have reportedly beaten competition from the likes of Juventus and Paris Saint-Germain to sign Amiens attacker Noam Emeran.

RMC (h/t Sport Witness) reported the Red Devils could complete the signing in the next few weeks, and Emeran is expected to make the move for an initial €2 million (£1.8 million) plus bonuses. It's said a sell-on clause could also see the Ligue 1 outfit net as much as €10 million (£8.9 million) somewhere down the line.

The Red Devils must still finalise their agreement and terms with Amiens before the move can be rubber-stamped, but the Premier League powerhouses look to have been successful in their efforts to sign the forward.

French football writer Rich Allen cited the same RMC report and suggested a transfer was imminent, meaning Emeran, 16, could be a Red Devils player by January, when the winter transfer window opens:

16 year old Amiens and France U16 striker Noam Emeran is expected to complete a move to Manchester United shortly. A fee of €2m should be agreed which will rise to €10m via several bonuses plus a % resale. Juventus, PSG and Valencia had all been interested in the player. (RMC)

Emeran made his debut for France under-16s in December 2017 and has continued to attract attention in his native country despite that the fact he's yet to make his senior debut for Amiens.

United tend to keep their academy well stocked with promising talents, and investing in the right players at this age has become all the more valuable since the recent inflation in the transfer market.

One would imagine Emeran won't be ready for first-team action for at least a couple more years, but recruiting early gives them the chance to secure his services before his price balloons.

There's also a sense of urgency amid the uncertainty of the United Kingdom's prospective exit from the European Union, which Football Manager director Miles Jacobson recently said could have a big impact on transfers in the years to come:

@Boy_Named_Sue_ @AlanJonesSucks @FootballManager a great explanation of the current rules for non EEA players in the UK can be found at https://t.co/UrxSvFATpG - if those rules had been in place for all players currently in the Premier League, way over 100 of them wouldn't qualify. Including Kante (when he signed)

Signing young stars such as Emeran could become considerably more difficult in the near future, and it's possible we could see a scramble among clubs to conduct business in January.

Interested parties often serve as a symbol of a player's skill, meaning Juve and PSG's reported pursuits of Emeran bodes well for United if they have indeed snatched his signature. 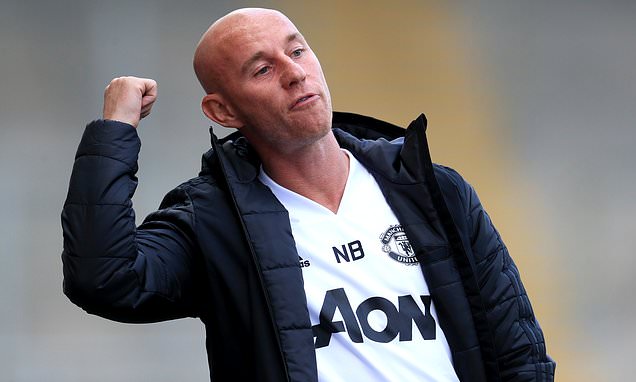