After falling in seven games to the Cleveland Cavaliers in the conference finals in 2017-18, the Boston Celtics seemed like the obvious favorites to take over the East with LeBron James headed to the Los Angeles Lakers.

Armed with quality veterans in Kyrie Irving, Al Horford and Gordon Hayward, recent No. 3 draft picks in Jayson Tatum and Jaylen Brown, and a long list of future first-round picks, the Celtics were supposed to dominate this season and put themselves in position to acquire New Orleans Pelicans All-Star Anthony Davis.

Instead, they are just 13-10—after three straight wins, no less—and Irving recently told Chris Mannix of Sports Illustrated, "You're almost at that rock-bottom point where the team is about to blow up. Not saying that we're there, but for me there is no more time to waste."

Timing is the issue: Contracts are expiring. Al Horford and Irving can opt out of their contracts before July. Brown is slumping. Terry Rozier is due a big payday.

Boston has managed its assets well to build what should be a powerhouse, but suddenly its treasure chest of first-round picks is depreciating. Simultaneously, the Los Angeles Clippers (15-7), Memphis Grizzlies (13-9) and even Sacramento Kings (11-11) are playing well. The Celtics are owed picks from each team, which could result in too many mid-level first-rounders in the 2019 draft.

How would Boston develop four rookies while trying to contend? Are the Pelicans dealing Davis for multiple selections that could fall in the 20 to 30 range? 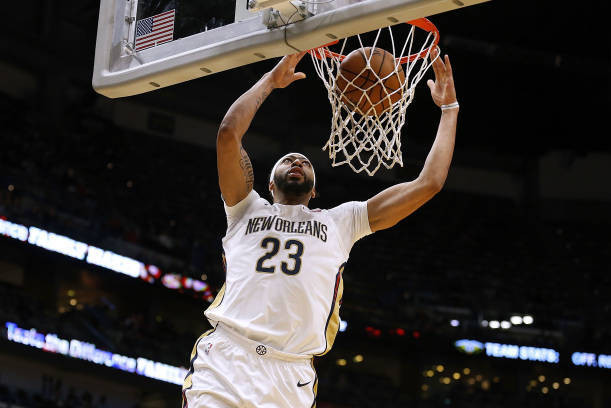 Memphis and Sacramento were awful last year. The Clippers were mediocre. Now their picks may not be nearly as appealing.

The Clippers' selection conveys if they make the playoffs; the Grizzlies' pick is top-eight protected; the Kings' first goes to the Celtics provided it's not the top overall selection (if so, Boston would get the Philadelphia 76ers' first instead). Sacramento may come back to earth, but Los Angeles and Memphis could both secure playoff berths.

Given that Davis is still under contract for the 2019-20 season—followed by a player option at $28.8 million for 2020-21—the Pelicans would prefer to keep their best player, even if it takes a supermax contract worth roughly $205.3 million that only they could offer.

Still, a long list of teams hope Davis pushes for a new home.

The Pelicans (12-12) started the season well but have since lacked consistency. If Davis won't commit to a long-term deal, they could look to move him before the Feb. 7 trade deadline. If so, it won't be to Boston unless the Celtics are also moving on from Irving.

Because of a quirk in the rules of the league's collective bargaining agreement, the Celtics are unable to acquire Davis with Irving on the roster, at least until July. Both carry the "designated player tag," and teams are forbidden to have more than one designated player.

Should Irving opt out of the final year of his contract at $21.3 million and re-sign with Boston in July, the franchise would then be able to trade for Davis to pair him with its All-Star point guard. The tricky part is the Celtics will draft in June, prior to any legal deal with New Orleans (provided Irving is still in the fold).

Technically, the teams could agree to a deal before the draft to be executed in early July. If not, the Pelicans may have no interest in the players Boston selects.

Horford's $30.1 million player option may seem like too much money for a reasonable person to walk away from, but he's certain to cash in over the summer when most of the league is expected to have significant cap space.

Rozier would have to pick the Pelicans via sign-and-trade, but those types of deals are rare and complicated. Aron Baynes has a player option at $5.5 million. Marcus Morris will be an unrestricted free agent, while Daniel Theis and Brad Wanamaker are restricted.

The list of players the Celtics can offer New Orleans isn't long. Tatum would be the prized asset, but he's the last player Boston would want to move. Brown's production has dipped substantially from 14.5 points per game last year to 11.1 this year and from 46.5 percent shooting to 39.8 percent. His three-point percentage has also plummeted from 39.5 percent to 25.3 percent.

Hayward could interest New Orleans, but he too can opt out of his 2020-21 salary ($34.2 million). Other players under contract include Marcus Smart, Guerschon Yabusele and Robert Williams. Semi Ojeleye and Jabari Bird have non-guaranteed contracts.

Does Smart, Brown and Yabusele, along with draft considerations, get a deal done for an MVP candidate like Davis? Certainly not if Brown doesn't find his game this season.

Hayward and Brown for Davis (plus Jahlil Okafor, Frank Jackson and Kenrich Williams to match salaries)?

Unless the Grizzlies, Clippers and Kings fall off significantly, the Celtics may have to decide between Tatum and Davis. This all assumes Davis doesn't decide to stick it out in New Orleans or that a competing franchise, like the Lakers, doesn't make a viable run at the Brow.

If so, the Celtics can go in several directions. They'll need to decide how much they should reinvest in their core of Irving, Horford, Hayward, Brown and Tatum. Rozier may be a casualty or a necessity. Can the Celtics pay sizable contracts to Irving, Smart and Rozier?

Rozier is insurance for Irving in case the veteran decides to move on. If so, Rozier's value to Boston would jump.

In the short term, the Celtics have too much talent to finish sixth, and they're due for a top-four finish alongside the Toronto Raptors, Milwaukee Bucks and Philadelphia 76ers.