Central Florida quarterback McKenzie Milton underwent successful surgery after he was carted off the field after suffering a gruesome leg injury early in the second quarter of Friday's game against South Florida.

Rock Riley of Sports Talk Florida first reported (via Saturday Down South) that Milton was to undergo emergency surgery after the quarterback lost some blood flow in his leg.

The extent of the injury is not known, but players from both teams gathered around Milton as he received medical attention:

McKenzie Milton was a Heisman hopeful entering Friday. After he went down with an ugly leg injury, his teammates shook his hand and the crowd chanted "UCF" as Milton was carted off the field. https://t.co/Z2V0SIsvc5

The injury occurred as the 5'11", 185-pound quarterback attempted to scramble for a first down on 3rd-and-7. He was tackled by two Bulls defender short of the line to gain, and as he got hit both high and low, his knee bent awkwardly.

With his right leg in a cast after suffering a gruesome leg injury, No. 9 UCF's star QB McKenzie Milton gives a thumbs as he's carted off the field in Florida 🙏 https://t.co/dCj6DuKKjr

Alabama Crimson Tide quarterback Tua Tagovailoa was among those to show support for the injured Knights star:

Milton exited the game having completed five of 10 pass attempts for 86 yards, one touchdown and one interception, adding 16 rushing yards as well. The Knights extended their lead to 10-0 with a field goal on the following play.

The junior passer was in the midst of another solid season, having thrown for 2,663 yards, 25 touchdowns and six interceptions. In the process, he had UCF on the brink of a second consecutive perfect season, as they entered Friday's contest at 10-0.

The Knights have worked their way up to ninth in the latest College Football Playoff rankings on the strength of a 23-game winning streak.

With Milton injured, freshman Darriel Mack Jr. takes over under center for UCF. The 6'3", 230-pound dual-threat quarterback was a 3-star recruit coming out of high school, according to 247Sports. Entering Friday, Mack had completed 16 of 29 pass attempts on the season for 93 yards, zero touchdowns and zero interceptions; he also had 230 rushing yards and two touchdowns on 7.7 yards per carry. 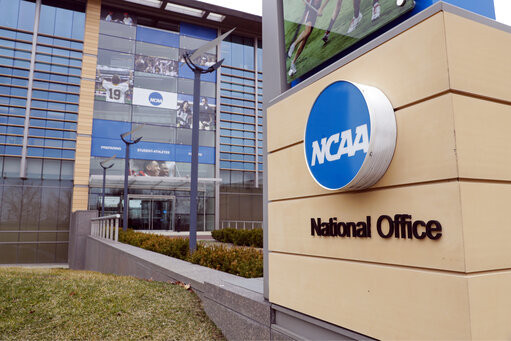