We interrupt your regularly scheduled glorification of Tua Tagovailoa, Nick Saban and all things Alabama football to bring you an important message: The Clemson Tigers are a serious threat to win the College Football Playoff.

That might be a little shocking, considering we've spent the past 11 weeks hyping the Crimson Tide as possibly the greatest team ever assembled. Clemson fans must be feeling like Jan Brady, muttering to themselves: "Well all I hear all day long at school is how brilliantly Alabama did this or how wonderfully Alabama did that. Alabama, Alabama, Alabama!"

But chin up, Tigers, because this is all about how great you are.

Saturday's 27-7 win at Boston College secured Clemson's spot in the ACC Championship Game, where it will most likely face Pittsburgh on Dec. 1 in Charlotte, North Carolina. Virginia is also a possibility. Either way, the Tigers might be favored by more than three touchdowns—as they should be in their remaining regular-season contests against Duke and South Carolina.

Anything can happen, but it's starting to feel like these next three weeks are a formality before Clemson locks up either the No. 1 or No. 2 seed in the playoff. Thus, it's beyond time to start thinking about how much of a contender the Tigers will be in that final quartet.

First and foremost, Clemson's defense has been out of this world. This is what everyone had been expecting from the moment Christian Wilkins, Austin Bryant and Clelin Ferrell each returned for one more season. But it wasn't until early October that this D began to sink its teeth into everything in its path.

Five consecutive opponents have failed to score an offensive touchdown in the first three quarters against Clemson. One could easily argue that's a more impressive feat than Alabama's back-to-back shutouts of two of the SEC's worst passing attacks.

Boston College did score on a fluky first-half punt return, and Louisville took a kickoff to the house after Clemson's ninth touchdown of that Nov. 3 game. That's it, though. And even with those two special-teams mishaps, the Tigers led those five opponents by a combined score of 215-22 after three.

We emphasize the first three quarters because things get so out of hand by the fourth that the Tigers typically put in the reserves, let their foot off the gas and allow a meaningless TD. (It happened against NC State, Louisville and Florida State.) But the first-team defense hasn't allowed a touchdown since September.

In clinching the ACC Atlantic Division on Saturday night, Clemson held Boston College to a mere 61 yards of total offense and six first downs in the first three quarters. The Eagles did eclipse the century mark by the end of the fourth, but they couldn't crack 2.0 yards per play. Not a darn thing worked for a team that had averaged 37.2 points through its first nine games.

You want an idea of how dominant the #Clemson defense was tonight? Boston College scored more points (7) and gained more yards (144) on kick and punt returns than they did on offense (0 points, 113 total yards) https://t.co/d2VLMSq9sZ

Signal-caller Anthony Brown got knocked out of the game with a knee injury after just one drive, but does anyone think he would've made the difference? Brown hadn't thrown for 200 yards in any of his previous six games, and struggling quarterbacks don't suddenly find their rhythm against a defense like this one.

Heck, even quarterbacks who come in red hot get cooled off in a hurry by this defense. Wake Forest's Sam Hartman threw for four touchdowns the week before he faced the Tigers. Both NC State's Ryan Finley and Florida State's Deondre Francois had at least 300 passing yards and two touchdowns on "Clemson Eve." Yet, that trio combined for four interceptions with nary a TD.

Since the Week 2 game against Texas A&M in which Kellen Mond allegedly exposed major flaws in Clemson's secondary, the Tigers have allowed just two passing touchdowns in eight contests.

They also lead the nation in yards allowed per carry at 2.08, so, best of luck doing anything against them.

And Clemson's offense has been almost as unstoppable as its defense is impenetrable.

The Tigers never quite caught fire on a frigid night in Boston, but they still flexed their muscles. Immediately after the aforementioned punt return for a BC TD, wunderkind Trevor Lawrence completed all seven of his pass attempts on a statement touchdown drive. He later added the first rushing touchdown of his career, and he finished with 295 passing yards.

Before being taken far out of his geographical and weather-related comfort zone—Lawrence said he had never been north of Virginia before this November trip to Massachusetts—he led the Tigers to 204 points scored over their last four games.

Granted, the defenses at Louisville and Wake Forest aren't exactly good barometers for success against Alabama or Michigan, but it's not Clemson's fault that the ACC has offered no resistance lately. The Tigers just continue to dominate behind the combination of the sensational freshman quarterback and the best rushing attack in the land.

Heading into Week 11, Travis Etienne, Tavien Feaster and Co. were leading the nation in yards per carry at 6.94.

It might seem counterintuitive, but Clemson became an even better running team by switching from dual-threat QB Kelly Bryant to more of a pocket passer in Lawrence. The freshman's ability to stretch the field makes it that much easier for the backs to find holes in the front seven. And with Clemson's speedsters, giving an inch is as good as giving a mile.

Of course, this is all hot air until the Tigers run into Alabama in the playoff for the fourth consecutive season. Each fanbase can bloviate all it wants about stat-backed dominance and all-time greatness, but they'll eventually need to settle it on the field.

Just know that Clemson will be up for the challenge.

The 2018 season is no longer a contest to determine who gets the honor of being dismantled by Alabama.

It's a two-horse race that the Tigers just might win. 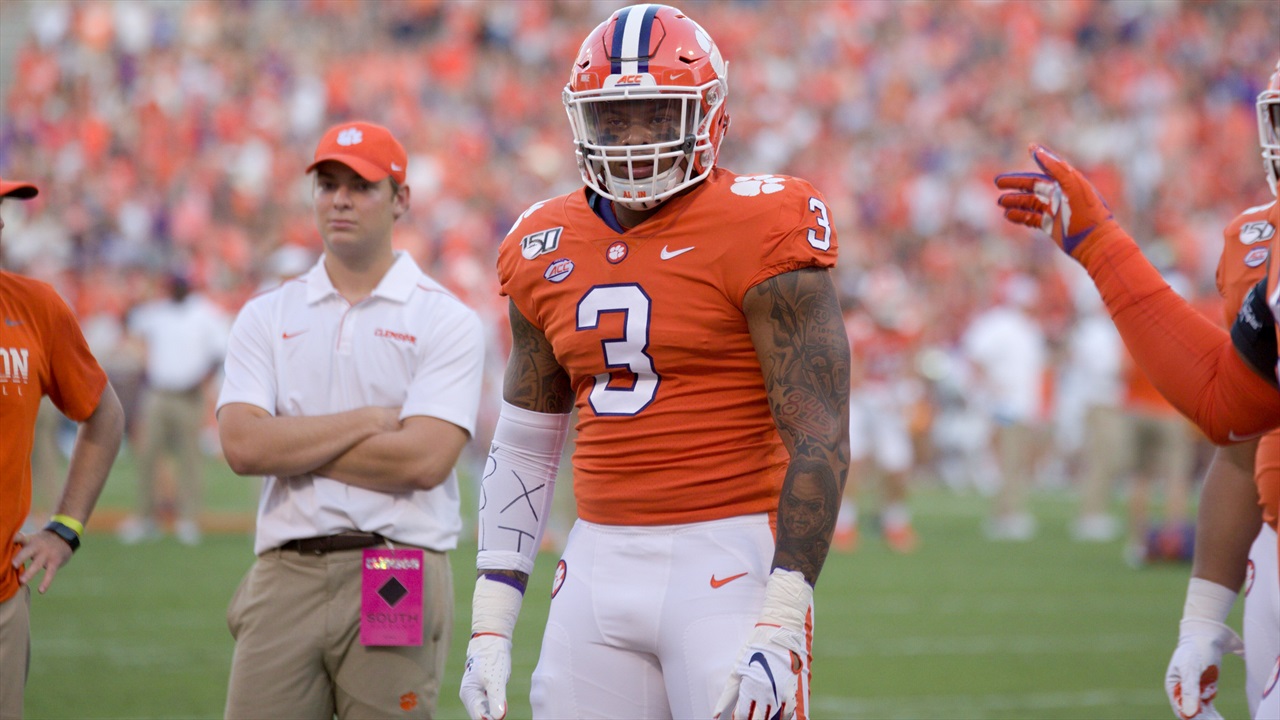