The 2020 NHL All-Star Game has lost one of its brightest stars.

Toronto Maple Leafs center Auston Matthews is dealing with "an ongoing wrist condition" that requires acute treatment and will prevent him from "actively participating in any on-ice events" at NHL All-Star Weekend, the team announced Wednesday.

Matthews will still attend the All-Star festivities Friday and Saturday at the Enterprise Center in St. Louis.

Per Chris Johnston of NHL Network and Sportsnet, Matthews, currently tied for second in the league with 34 goals, will be replaced by Ottawa Senators winger Brady Tkachuk on the Atlantic Division roster.

"Matthews' agent Judd Moldaver says Auston has been dealing with the wrist issue for at least three weeks and collectively the Leafs and all involved decided he needs the rest," TSN's Darren Dreger tweeted. "He's more than happy to represent in St Louis in any off ice capacity."

After winning the Calder Trophy in 2016-17 while playing in all 82 games as a rookie, Matthews missed 20 games in 2017-18, including a 10-game stretch after separating his right shoulder. He also dealt with back issues and a concussion.

Last year, he landed on injured reserve in late October, and the initial timetable for his return was four weeks. That injury sidelined the 2016 No. 1 overall pick after he had gotten off to a strong start, opening the year with seven consecutive multipoint games. That was the third-longest streak to open a season in NHL history.

The 22-year-old Matthews has had no trouble showing why he was highly touted entering the league. The Californian netted 74 goals through his first two seasons.

The Maple Leafs (25-17-7, 57 points) are three points out of a playoff spot in the Eastern Conference. 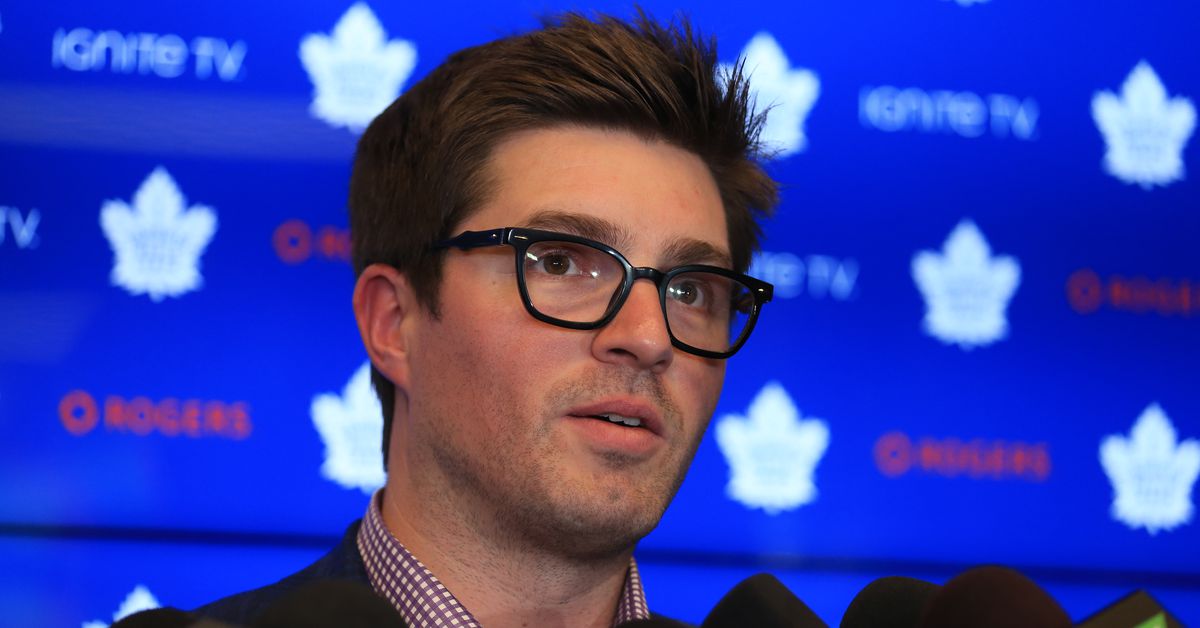 Kyle Dubas on neither buying or selling on deadline day: “The belief in the group that is assembled is still very high”

Kyle Dubas on neither buying or selling on deadline day: “The belief in the group that is assembled is still very high”