Veteran wide receiver Dez Bryant remains unsigned this season, and superstar Antonio Brown took to Twitter to recruit him to the Pittsburgh Steelers:

Bryant, 29, is no longer an elite wideout, but he's still solid at the position. He registered 69 receptions for 838 yards and six touchdowns last season.

Pro Football Focus gave him a grade of 75.2 last season, which was 47th among wide receivers.

The three-time Pro Bowler was a 2014 first-team All-Pro and between 2011 and 2014 was one of the most dynamic wideouts in football, averaging 84 receptions, 1,216 receiving yards and 13 touchdowns during that span.

At his peak, Bryant was one of the NFL's most dangerous red-zone weapons, out-leaping defenders to make some amazing catches.

But in the past three seasons, injuries and diminished production cost him his elite status and led to his release from the Dallas Cowboys. That divorce has been a messy one this offseason, as Bryant took shots at the team's ownership, front office and his former teammates, Travis Frederick and Sean Lee, this past week.

Where Bryant will play next year remains unclear. While interest has appeared tepid in the veteran wideout, Ian Rapoport of NFL.com reported the Cleveland Browns and Bryant have mutual interest. So he could find his way to the NFC North.

In Pittsburgh, Bryant would offer a solid red-zone threat, though it's unlikely he'd start, with Brown and second-year standout JuJu Smith-Schuster available. Rookie James Washington is a lock to make the roster and play a role in the passing game as well, so Bryant would battle for the team's fourth wide receiver position.

It's possible the Steelers could make a move for Bryant. But wide receiver isn't an area of need, so it seems like a long shot. 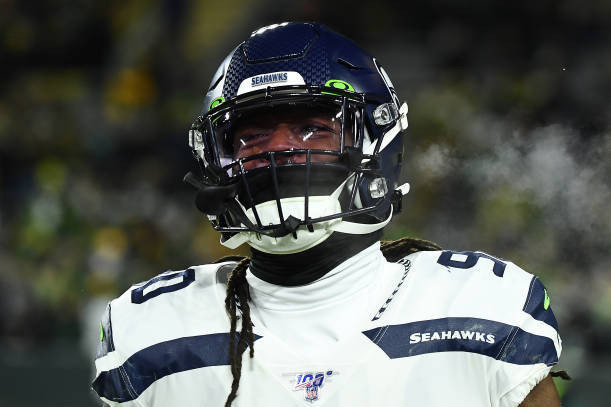