LeBron James said his eye, which was visibly bloodshot during Game 1 of the NBA Finals after Draymond Green poked it, "feels a lot better" ahead of Sunday's Game 2.

"It doesn't look better, but it feels a lot better," James told reporters.

James had 51 points, eight rebounds and eight assists in the Cavs' 124-114 loss to the Golden State Warriors. It was the first time a player has ever scored 50 points in a Finals game and lost.

In other words, the eye was not a performative hinderance at all. James' teammates, on the other hand, were a completely different story. JR Smith blew a potential game-winning layup in perhaps the worst mental gaffe in NBA history, while no other Cleveland player other than Kevin Love scored more than 10 points.

James called the loss the worst of his career. He nevertheless has been publicly supportive of his teammates, particularly Smith.

“J.R. is one of the most resilient guys I've ever been around,” James told reporters. “I think it just comes from not only him personally but his household—his mom, his dad, his brothers and sisters. And his family now as well.

“He probably took that loss as hard as anybody on the team. But one thing about J.R., he has an uncanny ability to bounce back. I think people have seen that throughout our postseason runs, where he hasn't played well or played to his ability that he thinks he should have played, and then the next game he comes on and shoots the ball extremely well. It's just very locked in.”

James will once again have to shoulder a massive load as he has all postseason. He has scored at least 40 points on eight separate occasions during these playoffs while averaging 34.9 points, 9.2 rebounds and 8.7 assists per game. 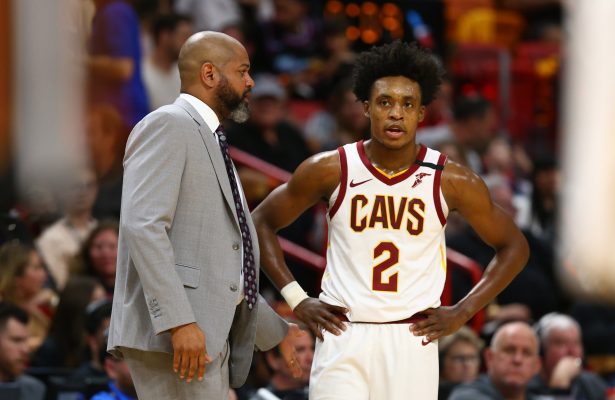