"Milwaukee's going to go through this with the Greek Freak. That day's coming, right? Where he's going to look and say, 'Where is this organization? What are they doing here?' Like, you don't think Giannis has been watching what went on there for the last several months? Of what they allowed to go on with the front office? He's watching it. And the clock has started. Everybody in the league is trying to figure out how they are going to get him out of there. That has started."

According to the report, the Bucks' three controlling owners were split on hiring either Justin Zanik or Jon Horst as general manager.

While two of the owners wanted Zanik, Wes Edens wasn't sold, which resulted in Milwaukee's choice of Horst. 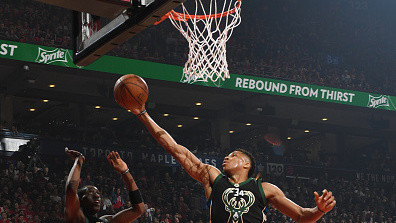 Antetokounmpo could eventually leave the team that drafted him similarly to how Gordon Hayward walked away from the Utah Jazz in favor of a deal with the Boston Celtics. He is currently locked up for three more seasons after signing a four-year, $100 million extension last year, per Spotrac.

Antetokounmpo was named the NBA's Most Improved Player, and he played a big role in the Bucks' return to the playoffs last season.