We have had the opportunity to thoroughly review the incident involving Grayson Allen from last night's game against Elon. As I stated last night, the incident was unacceptable and inexcusable. He took an important step last night by apologizing in person to Steven Santa Ana and coach Matt Matheny. As a program, we needed to take further steps regarding his actions that do not meet the standards of Duke Basketball. To that end, we have determined that Grayson will be suspended from competition for an indefinite amount of time.

Allen received a technical foul in the first half after he extended his right leg to deliberately trip Santa Ana.

He was apologetic after the game, per Jessika Morgan of the News & Observer:

Grayson Allen gets emotional in the locker room after tonight's tripping incident. https://t.co/p34thdrMcI

Had the incident been a first-time offense, this wouldn't be a story. However, Allen has a history of tripping opposing players.

The ACC reprimanded him in February after he made contact with Florida State Seminoles guard Xavier Rathan-Mayes in a win for Duke. It was the second time that month he'd tripped a player, with the first coming Feb. 8 against Louisville's Raymond Spalding.

In an October interview with ESPN.com's Dana O'Neil, Allen said: "I can't blame people for saying what they did. I probably would have said the exact same thing."

He continued: "I know there's never completely a blank slate. That's going to be replayed and not forgotten about. But for me, every opportunity I get to step on the court is an opportunity to play the game again and play the game the right way."

Allen said all of the right things summer, and took all the accountability. But the actions have to follow, or it means nothing.

Seth Greenberg, an ESPN analyst and former Virginia Tech head coach, argued Krzyzewski had a chance to send a message:

Accountability. Grayson Allen must be suspended. Coach K should do it prior to he league. Make a statement.

USA Today's Nicole Auerbach cited the ACC's sportsmanship policy, which states the conference can suspend a player who "strikes or physically abuses an official, opposing coach, player or spectator," as justification for banning Allen:

Not only could the ACC punish Allen under the first point — striking an opposing player — it could also easily justify multiple incidents of tripping opponents as unsportsmanlike conduct not specifically outlined.

It's a shame that Allen's dirty tactics overshadow what is already a phenomenal college career at Duke. But unless he's punished severely for his repeated ridiculous behavior, that's what will continue to happen.

The indefinite suspension works out timing-wise: The Blue Devils don't play a ranked opponent until Jan. 10, when they take on the 21st-ranked Florida State.

It's not as if 12-1 Duke is hurting for talent with Allen out, either.

Allen (16 points, 4.7 rebounds, 3.5 assists) is one of five Blue Devils averaging double figures in scoring. Further, Harry Giles, the No. 2 recruit in 2016, per Scout, continues inching his way toward a meaningful role after undergoing another knee procedure. The freshman forward played four minutes in his team's win over Tennessee State on Monday and then six minutes against Elon. 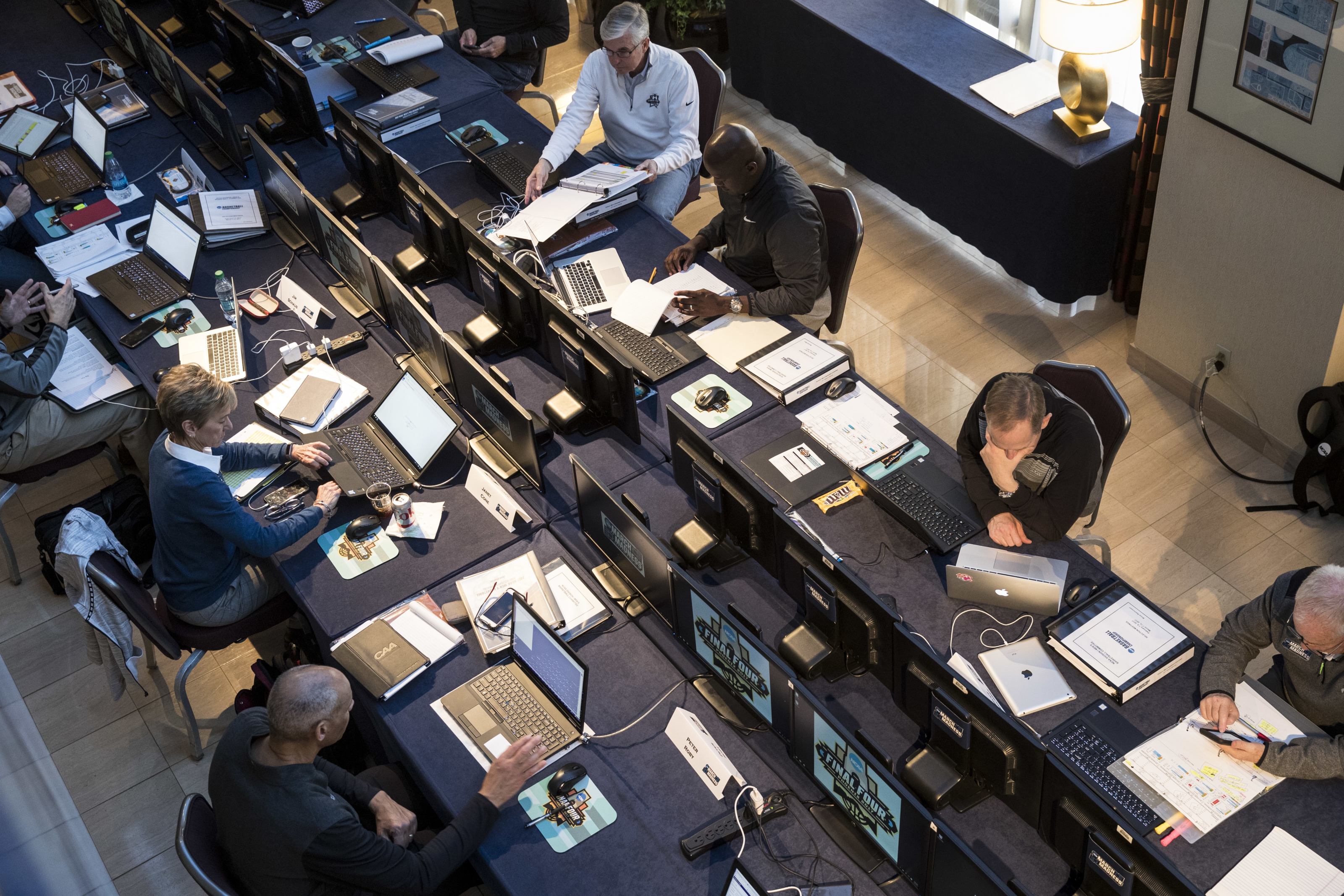 No. 7 Duke, Virginia Square Off Saturday in Charlottesville

No. 7 Duke, Virginia Square Off Saturday in Charlottesville