Maria Sharapova during a press conference in March 2016 to announce that she had tested positive for a banned substance.Damian Dovarganes/Associated Press

Maria Sharapova's response to her suspension reduction may salvage her brand, but her attack on the International Tennis Federation could further damage her reputation among her peers.

Monday, Sharapova returned to the court in a World Team Tennis charity exhibition in Las Vegas, an event not sanctioned by the ITF. She can officially return to tennis April 26, 2017.

In June, the ITF suspended Sharapova for two years for testing positive for the banned substance meldonium. She was also stripped of prize money and rankings points earned during her quarterfinals run at the 2016 Australian Open.

She appealed to the Court of Arbitration for Sport to have her suspension reduced to "time served," which would be eight months. However, CAS only reduced the ban to 15 months and did not restore her points or prize money.

“I’ve gone from one of the toughest days of my career last March when I learned about my suspension to now, one of my happiest days, as I found out I can return to tennis in April," Sharapova said in a statement.

She then went on a media blitz, spinning the nine-month reduction as a major victory and repudiation of the ITF.

Her suspension-reduction victory tour started with a lengthy letter to fans on Facebook, followed by interviews, including a sit-down with PBS' Charlie Rose. 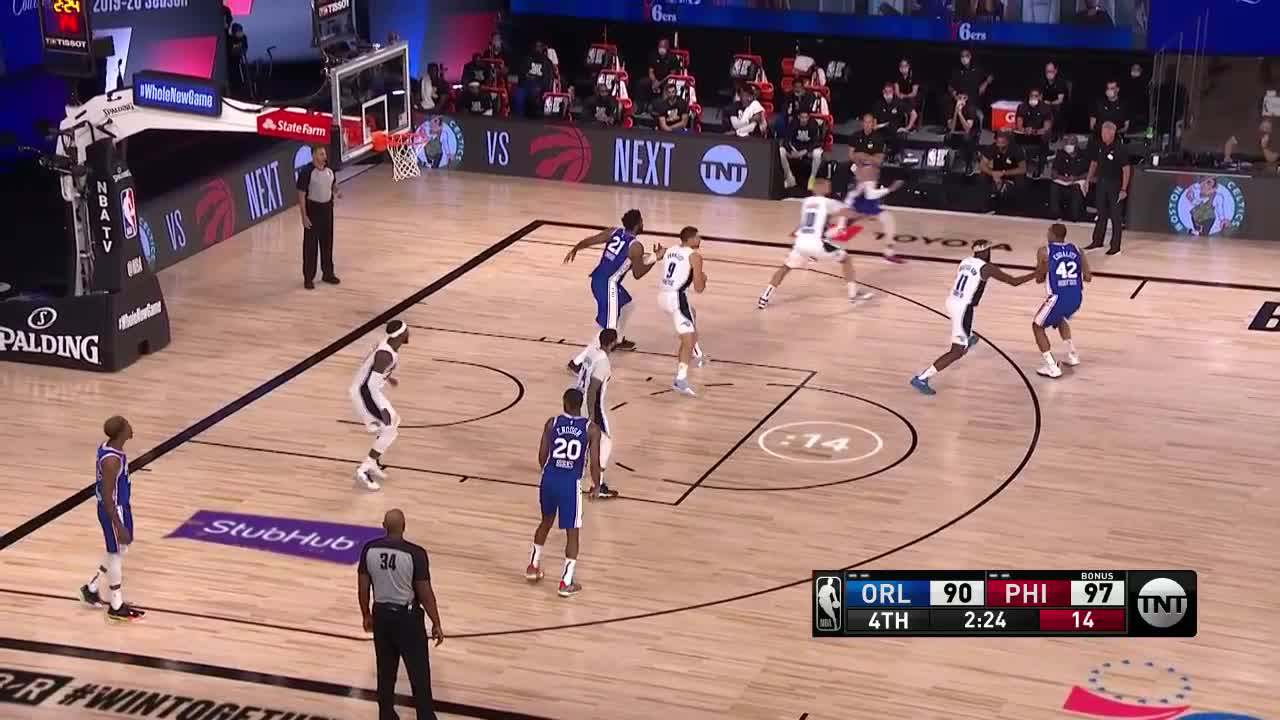 Sharapova complained about being treated unfairly and suggested the ITF sought to make an example out of her. In the interview with Rose she positioned herself as the victor, righting a wrong.

Her demeanor was jubilant and somewhat defiant when compared with the somber-faced woman who announced to the world in March that she had tested positive for a banned substance.

Remember that press conference? Back then, Sharapova said "I take full responsibility" for the situation she found herself in.

"I take full responsibility" has become a catch phrase used by athletes or politicians caught doing something unsavory. Soccer great Abby Wambach said it when she was charged with a DUI in April. Ryan Lochte claimed to take "full responsibility" when he finally fessed up about fabricating some details of an encounter with a Brazilian security guard while in Rio for the 2016 Olympics.

But has she? Since the initial two-year ban in June, Sharapova has pointed the finger at WADA, the ITF and the tiny type on those pocket-sized WADA pamphlets given to all players.

She complained about how many clicks it took to get to the list of banned substances. "I guess some in the media can call that a warning. I think most people would call it too hard to find," she posted on Facebook (per Australia's ABC news).

In an interview with ESPN's Darren Rovell, Sharapova suggested the ITF and WADA targeted her: "It's hard not to when the Tennis Federation asks for me to be banned for four years. ... I don't want to think that. I hate to think that. It's not a great feeling to even consider that."

Her adoring fans and a few of her sponsors may see her as a victim. However, reaction from her peers has been mixed at best with some players going public with what they consider a blow against tennis.

I can’t believe it, actually. ... I don’t even know what to say. ... I don’t know how you can get away with that excuse and have that overturned. ... I think it’s remarkable that you can use that excuse and get away with it. ... It really sets a bad precedent for athletes moving forward, where you can almost put your hands up and say it was not my fault. ... So I wouldn’t imagine there’s a whole lot of support from the playing group.

Tandon got reaction from several players. Gilles Muller didn't think anyone who tested positive should get a reduced suspension. Andy Murray stands by his earlier comments about finding her explanation without a "valid excuse."

Dominika Cibulkova told Tandon she respected CAS' decision but added that she also stands by statements she made earlier in the year which described Sharapova (via Australia's News.com) as “a totally unlikeable person. Arrogant, conceited and cold."

In fact, her peers, including Serena Williams, Novak Djokovic and Caroline Wozniacki, seemed more understanding and sympathetic immediately after Sharapova announced she had tested positive because of an honest mistake.

The muted reaction from players post suspension speaks volumes about what they may think of Sharapova's case.

"I don't think every question has been answered. I don't think anyone necessarily should be popping champagne. Having said that...it certainly could have been a lot worse," tennis writer Jon Wertheim said in a Sports Illustrated analysis of the ruling via podcast.

Wertheim raised questions about whether WADA acted too hastily in placing meldonium on the banned substance list. He added, "If you're the Sharapova camp, you're in a much better place than you were yesterday. Still, at the same time...I think there's still a bit of a stain here."

Watching #Sharapova on #CNN yesterday explaining her position ! I must say she could be little more humble/thankful now ...

The unanswered questions include why Sharapova never listed meldonium on the list of drugs she was taking, why someone with a chronic heart condition would not be under the care of a cardiologist or why she or nobody on her team checked the wallet-sized card issued annually with the latest banned substances?

Those questions came up in the ITF's tribunal review of the case. Sharapova didn't address those issues in her statement to fans. Instead, she expressed gratitude for having triumphed over the ITF.

The ITF pushed back on Sharapova's characterization of the investigation by releasing a statement that contradicted her claim they set out to get her.

The ITF did not try to ban Ms. Sharapova for four years, as has been suggested. The ITF stated clearly that it was the responsibility of the Independent Tribunal - and subsequently the CAS Panel - to determine what the appropriate sanction should be...The CAS Panel confirmed Ms. Sharapova’s violation of the Tennis Anti-Doping Programme and a 15-month suspension...Ms. Sharapova has stated that the Independent Tribunal was ‘not neutral’. Ms. Sharapova’s legal team was given the opportunity to object to the appointment of any member of that Tribunal in advance of the hearing, and they agreed in writing that they had no such objection...

The ITF believes that the appropriate steps were taken to publicize the changes to the 2016 Prohibited List. Nonetheless, the ITF has reviewed, and will continue to review, its processes for communicating changes to the Prohibited List to players with the aim of ensuring that no player can claim that they had not been fully informed.

Sharapova's legal team reportedly hinted at suing the ITF. However, the Telegraph's Simon Briggs and Ben Rumsby reported that, "Sources at the ITF indicated that they had yet to receive a legal challenge from Sharapova’s representatives, and did not expect to do so...Indeed, there was a sense that Sharapova’s supporters might be overplaying their hand."

Her racket sponsor, Head, tweeted a congratulations on the CAS ruling as if Sharapova had scored a major win.

Keep in mind, she asked for time served, which would have cut her suspension by more than half. Other players who had appealed to CAS had their suspensions cut in half. Marin Cilic had his 2013 suspension reduced from nine months to four.

The way in which Sharapova and some of her supporters are "celebrating" her suspension reduction is rubbing her peers the wrong way.

Tennis great Boris Becker tweeted that Sharapova could have behaved with a bit more humility.

When asked about Sharapova, Tomas Berdych told Tandon, "Every single time I have to take something, I check many times with many different people…At the end, you are the player, you are the athlete, and you are the one who's going to be tested. I always check whatever I take because I'm the one who will go for the control." 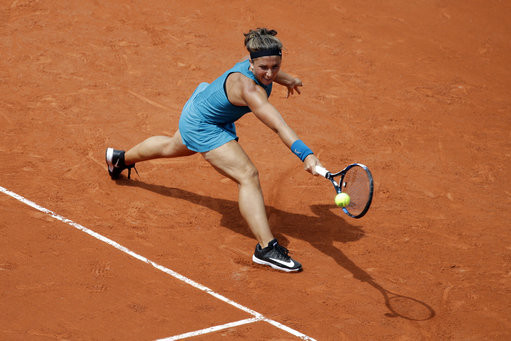