In 2016, David Alaba has operated primarily as a center-back. Last fall, and in the early stages of his career, he was a left-back. When playing for Austria and even at Bayern Munich quite often last season, he's lined up in central midfield.

The common denominator? Wherever he's played, the 23-year-old has been, by and large, excellent.

Alaba was introduced to professional football in the spring of 2010 when, still before his 18th birthday, he made his debut as a substitute midfielder against Greuther Furth in the DFB-Pokal.

Yet just as he'd seen different qualities in Bastian Schweinsteiger (who had been played on the wing until that season), head coach Louis van Gaal saw Alaba as a different type of player.

The youngster made three starts before season's end, all at left-back. As Van Gaal famously said (via Marca): "He isn't good, he's very good. Alaba is a left-back, although he doesn't know it yet."

Alaba suffered a setback in his development later in 2010, as he spent much of the first half of the campaign sidelined with an ankle injury. He was loaned to Hoffenheim in January of 2011, where he took big steps in his development as a midfielder.

Alaba returned to Bayern in the summer of 2011 and was used initially as a substitute, but he established himself as a starter at left-back later in the 2011-12 campaign.

@Mr_Bundesliga Alaba can be said to be the most complete as he truly seems capable of playing in every outfield position. #complete

Alaba was heroic in the Champions League semi-finals, never losing his nerve even as he took on Cristiano Ronaldo and Angel Di Maria.

Even after receiving a harsh booking that resulted in a penalty just five minutes into the second leg—which would rule him out of the final—he kept cool and played 115 near-flawless minutes. Even experienced veterans might have lost their cool in a similar situation, but Alaba's mentality made the difference.

He set aside his disappointment and did everything he could for the team, ensuring the Bavarians' progress to the final. He even took the first spot-kick when the game went to a penalty shootout, and of course converted. It wasn't long before he was widely spoken of as being among the top two or three left-backs in the world.

These early stages of Alaba's career offer good insight into the fundamentals of what make him so special.

He always was supremely versatile, a total footballer with a remarkable skill set. He's emerged at just the right time, as specialists (think classic No. 10s, Claude Makelele-type "destroyers" and pure goalscoring strikers) have given way to a generation of players trained in a wider range of abilities. And above perhaps all others, Alaba is a perfect example of the type.

Physically, Alaba offers excellent acceleration and can practically fly at full sprint. He's extremely agile and, at 1.80 meters, he isn't as much of an aerial liability as many shorter full-backs can be.

In possession, Alaba offers the dribbling touch and passing skill of a midfielder, as well as great energy and stamina to move the ball quickly between the defending and attacking zones. And he has a cannon of a left foot that can be deadly from free-kicks.

The 23-year-old Alaba has the cool nerve to elevate his level of play especially for the biggest tests, and even in his youth was never shy to take a penalty.

It's his mentality that perhaps makes Alaba so great: He has enormous confidence, so that when the coach asks him to do something that isn't 100 per cent in line with his strengths, he doesn't keep himself mentally confined to "his" game. He just switches from position to position seamlessly, showing incredible instincts and understanding of the game as well as supreme confidence.

Alaba would be a huge asset for any top team, and Bayern are no exception.

Truly elite full-backs are a rarity in the modern game (think of how long it took for the Bavarians to replace the combination of Willy Sagnol and Bixente Lizarazu), and he's probably the world's best player on either side of defense.

However, especially as the German giants have been struck with injury after injury, Alaba's ability to do just about anything has been of particular use. It's allowed Bayern to continue to stick to their style of play, with the Austrian filling any role necessary in the absence of a teammate.

It's a unique ability that perhaps no other player can offer, and for that reason alone, Alaba is absolutely pivotal to the future of this Bayern team.

As he approaches his 24th birthday, Alaba has two years left on his contract. Since convincing the likes of Thomas Muller, Jerome Boateng and more to sign extensions in December, the focus of the Bayern board now has to be to secure Alaba throughout his prime years.

If he leaves, there simply is no replacing him. 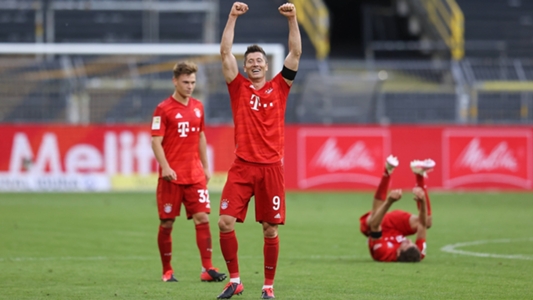