Nick Saban has taken Alabama to new heights both on and off the college football field.LM Otero/Associated Press

TUSCALOOSA, Ala. — Considering all the times the University of Alabama football program has been part of a victory celebration lately, it’s hard not to make the comparison.

The only thing that has rained down more on the reigning national champions than confetti is money, and a lot of it. Granted, it’s spent a lot as well and has invested heavily into its future, but these days Alabama hardly looks like the program that Nick Saban took over in 2007.

On Tuesday, Aaron Suttles of the Tuscaloosa News reported that the football program alone profited nearly $46.5 million in 2015, according to a financial report filed by the university to the NCAA.

It generated $95,132,301 in revenue, the most ever by any single team in the history of college sports.

Actually, the profit part of it was down nearly $7 million from 2014 due to a significant bump in expenses, but those playoff trips to Texas and Arizona weren’t exactly cheap. Saban’s also not known for cutting corners, especially when it comes to the coaching staff and extensive list of advisers and support workers.

Nevertheless, it’s still close to what Chris Smith of Forbes reported in December, which is that Alabama football had a value of $99 million but had spent $51 million on football operations—$11 million more than any other program in 2015, which helps explain why its only 10th on the list of most profitable programs.

Texas topped the magazine’s rankings with a total value of $152 million and $92 million in profit; Notre Dame, Tennessee and LSU distantly trailed at $127 million, $121 million and $111 million, respectively—although Texas won only five games, and Louisiana’s governor says the state budget crisis threatens next season (in all college sports).

Alabama also spent $12 million in coaching expenses before this year’s bonuses kicked in, approximately $7 million to Saban alone (he made nearly another million by winning his fifth national title), which had him at the top of USA Today's annual list of coaching salaries.

That’s the cost of a dynasty these days.

The Crimson Tide just won their fourth national championship in seven years, their sixth straight recruiting title according to 247Sports and appear poised to have another corresponding showing in the upcoming NFL draft.

Here’s a taste of Alabama’s success with Saban:

It’s also won enough hardware, including two Heisman Trophies, to open another museum, but all that only begins to show how Saban’s contract in particular is more than paying off.

When Saban’s agent, Jimmy Sexton, initially negotiated an eight-year, $32 million contract with Alabama it was the highest salary ever paid to a collegiate coach in any sport and widely panned for being too big.

While some claimed that it was helping ruin college athletics and Alabama had become the poster child of excess, others claimed that it was obvious he’d only stick around a couple of years, especially since there was no out clause, and Saban could leave at any time without a financial penalty.

Have you heard a Saban rumor to the NFL rumor lately? Well, it’s only taken nine years for some people to believe that the coach really does prefer the college ranks and is enjoying building what might end up being the strongest legacy in the sport’s history.

What the rumor-mongers never considered was that his contract would a) help keep him at Alabama; b) be necessary to lure him away from the Miami Dolphins; and c) re-enforce the school’s level of commitment because a lot more was necessary to return the Crimson Tide to the top of the college football world.

When Saban got a contract extension to pay him $5.32 million in 2012 and $45 million through the 2019 season, in addition to a $5 million life insurance policy, no one argued. He had already won two national championships with the Crimson Tide.

“The acceptance of this extension expresses our commitment, my commitment, Terry and I’s commitment, our family’s commitment to the University of Alabama, for the rest of our career,” he said at the time. “We made that decision after the season when other people were interested.”

When asked who was interested, Saban said: “It doesn’t really matter. We wanted to stay at Alabama. We’re staying at Alabama and weren’t interested in going anywhere else.

“We’re really pleased and happy to be here.”

Alabama reworked the contract again at the end of the 2013 season, making Saban one of highest-paid coaches in American sports ($7 million a season). According to Forbes, of the nine pro coaches who were making more than $6 million a year at the time, eight were in the NFL and the other was in the NBA.

Now look at the flip side of it.

As one of the few Alabama sports that pays for itself, football helps subsidize the entire Crimson Tide athletics department budget, which is separate from the school’s budget. In 2006, the athletic department brought in $67.7 million in revenue and spent $60.6 million.

That the profit margin has only continued to grow is indicative of his success.

"Nick Saban's the best financial investment this university has ever made," chancellor of the University of Alabama system Robert Witt, Ph.D., who was the president when Saban was hired, told the television show 60 Minutes in 2013. "We have made an investment that's been returned many fold."

With another national championship in tow it pretty much means just one thing for Saban: It’s time for another raise. He’s more than earned it.

Alabama Football: What the Scott Cochran exits means to the Crimson Tide 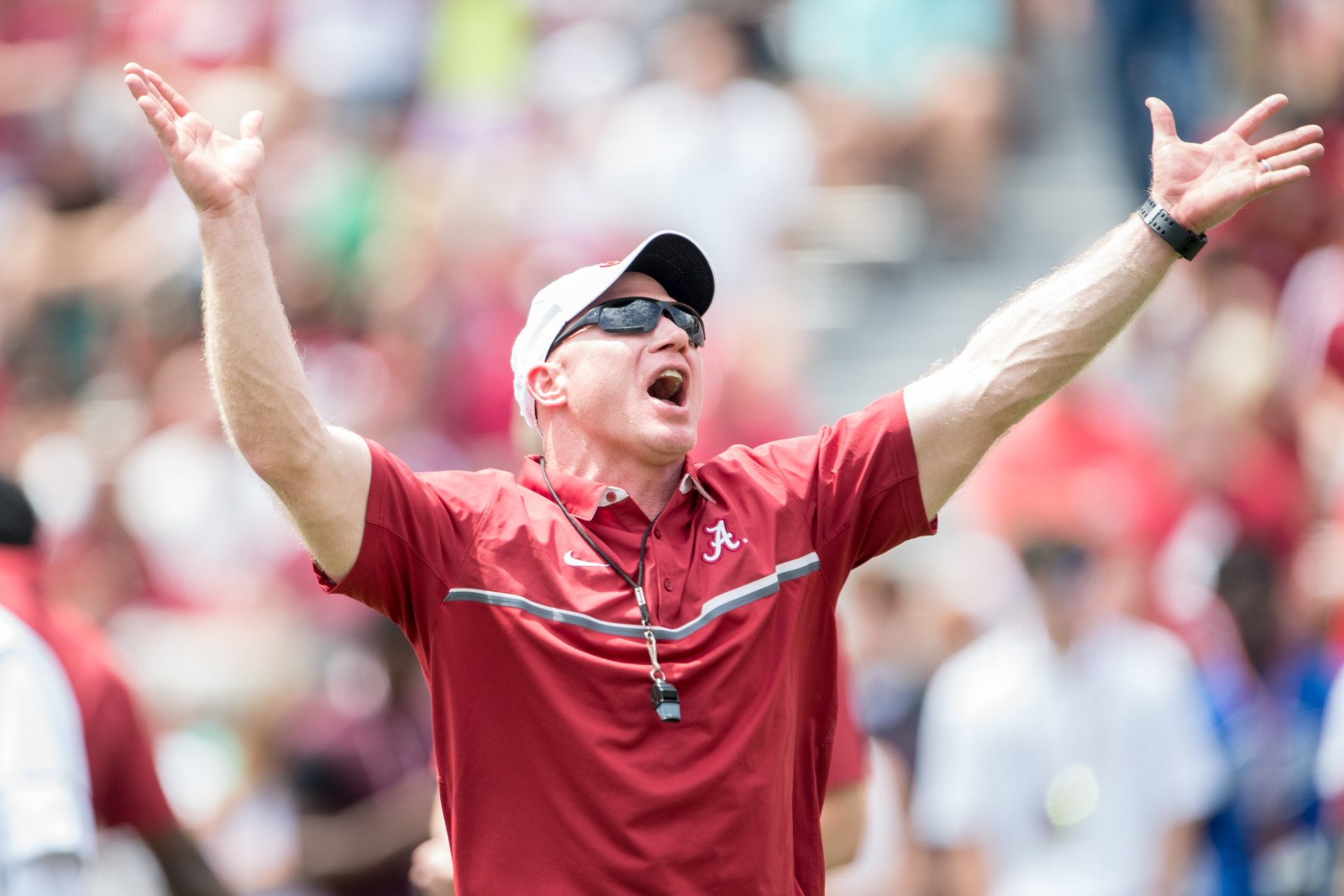 Alabama Football: What the Scott Cochran exits means to the Crimson Tide

Replacing Scott Cochran is Nick Saban’s most important hire yet 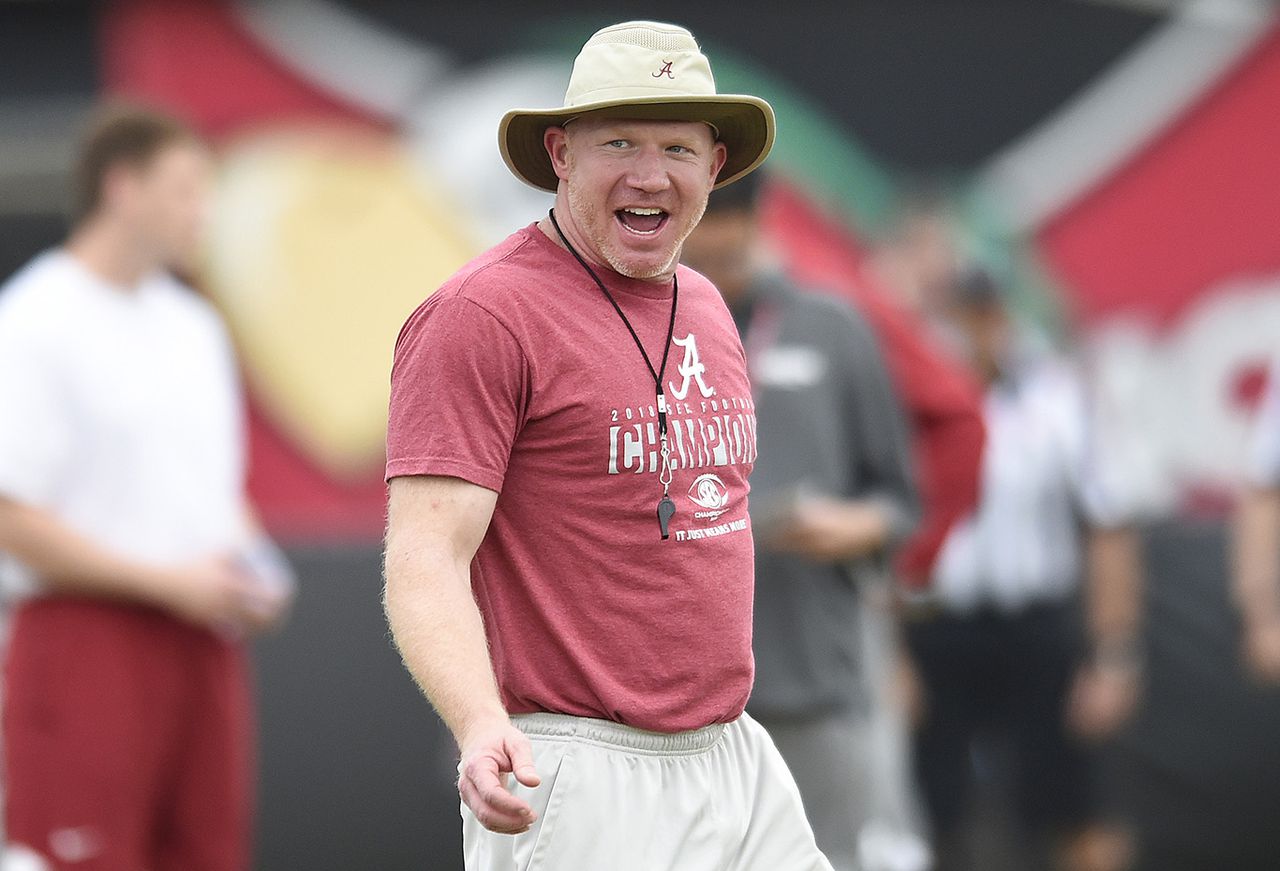 Replacing Scott Cochran is Nick Saban’s most important hire yet

Report: Tua Not Dealing with Loss of Blood Flow Amid Hip Injury Rehab

Report: Tua Not Dealing with Loss of Blood Flow Amid Hip Injury Rehab