Arsene Wenger is expecting a "ferocious battle" against Jurgen Klopp's Liverpool when Arsenal face off against the Reds at Anfield in the Premier League on Wednesday.

The Gunners are currently heading the English top flight, but they cannot afford to slip up against Liverpool with Leicester City and Manchester City hot on their heals.

Liverpool have been inconsistent since Klopp took over in October—their last four Premier League games have returned two wins and two defeats—but Wenger tipped the German to succeed and is expecting a tough game, per Alex Richards in the Mirror:

"It's always a ferocious battle no matter who is manager. They had a good manager before, they have a good manager now. Klopp has the personality to do well."

Arsenal have won five of their last six matches in the league and go into the Anfield clash on the back of a 3-1 FA Cup victory over Sunderland on Saturday.

The Reds, on the other hand, could only claim a 2-2 draw in their third-round clash at Exeter City on Friday and will be eager to bounce back with a big win against the Gunners.

Ahead of Monday's Ballon d'Or presentation in Zurich, Wenger tipped Barcelona's Lionel Messi to win, but he reiterated his previous criticism of the prestigious award when asked whether in-form Mesut Ozil could triumph next year, per Richards:

I wish [Ozil could win it]. But what is important, we are in a team sport. It is not logical just for individual effort to be praised. It is a bit contradictory to what is the route of our sport.

Ozil has been absolutely vital to Arsenal's success so far this season, providing 16 assists already in the league, per WhoScored.com.

Per ESPN FC's Ben Dinnery, he looks set to return to the squad having not played against the Black Cats, but Wenger confirmed that Alexis Sanchez will not be available for the Liverpool clash:

Ozil and Flamini are expected to return to the #AFC squad. David Ospina (groin tightness) will have a late test. Too soon for Alexis Sanchez

A string of recent long-term injuries to the likes of Santi Cazorla and Francis Coquelin has left Arsenal struggling for depth in some key areas, and Bleacher Report's Sam Tighe and Dean Jones recently discussed some potential January arrivals at the Emirates Stadium:

Wenger is expecting a lot of activity from Premier League clubs in the current transfer window, although he did not reveal whether Arsenal would be spending big money, per the club's Twitter feed:

Boss on January: "I believe many clubs will be active. It could be one of the most active windows ever." Watch LIVE https://t.co/fh4FyeG5tv

He did, however, confirm that the Gunners are hoping to seal the capture of Basel midfielder Mohamed Elneny in the coming week, per the Evening Standard's James Olley:

Wenger on Elneny: "We are positive that this week it can happen. There are a lot of work permit problems &amp; special paperwork on his visa."

It has been over a decade since Wenger last won the Premier League with Arsenal, but victory over Liverpool on Wednesday will give Gunners fans further hope that the drought could end this season.

However, despite their inconsistencies, Klopp's Liverpool have been impressive in the more high-profile games of the German's tenure—they beat Chelsea and Manchester City comfortably—and the Anfield outfit will be desperate for another big scalp.

Inter Admit They Can't Keep Lautaro If He Wants Out 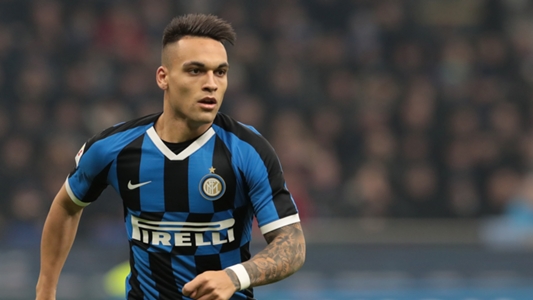 Inter Admit They Can't Keep Lautaro If He Wants Out