Heading into UFC on Fuel 9, Conor McGregor had the weight of a nation on his back, as it seemed the entire country of Ireland was behind the young featherweight making his Octagon debut.

That kind of pressure usually results in one of two ways—either the coal turns into a diamond or it crumbles into dust. After Saturday in Sweden, it's safe to say McGregor is shining bright after crushing Marcus Brimage in the first round of their showdown at UFC on Fuel 9.

Heading into the fight, Brimage was very vocal about the attacks he endured on social networks from a legion of Irish fans who were supporting McGregor. The heat boiled over during the weigh-ins on Friday, when Brimage and McGregor came nose-to-nose and had to be separated on the stage.

McGregor says there was never any actual bad blood with Brimage, and in reality, the Alabama native probably let the emotion of the situation cost him in the fight.

"I just think he was getting emotionally attached and saying the Irish people are going on his Facebook, and that's crazy to me," McGregor said in a post-fight interview with reporters in Sweden. "Every one of you here could stand here and spit at me and throw bricks at me and do what you want to me. It makes no difference to me. It's emotion-free in there. You can't carry emotions in there.

"Outside of it, it's a game. At the weigh-ins, you feel like 'Stone Cold' Steve Austin. I just thought it was a game and he was emotionally attached to it."

Emotion wasn't involved in McGregor's game, however, as he wasted no time setting the pace. Like a shotgun blast, he landed several uppercuts that rocked the former Ultimate Fighter hopeful. A few seconds later, the fight was over, with McGregor standing tall and asking in his post-fight interview for a little bonus from the UFC for Knockout of the Night.

Where McGregor's career is going is pretty evident judging by the amount of attention he received before, during and after his UFC debut. McGregor is definitely a star on the rise, and the UFC will likely promote him as such as he moves forward in his career.

The proud Irishman wore his country's flag on his back all night, and with his first UFC win under his belt, he can celebrate in proper fashion as everyone at home continues to root him on.

Damon Martin is a Featured Columnist for Bleacher Report. 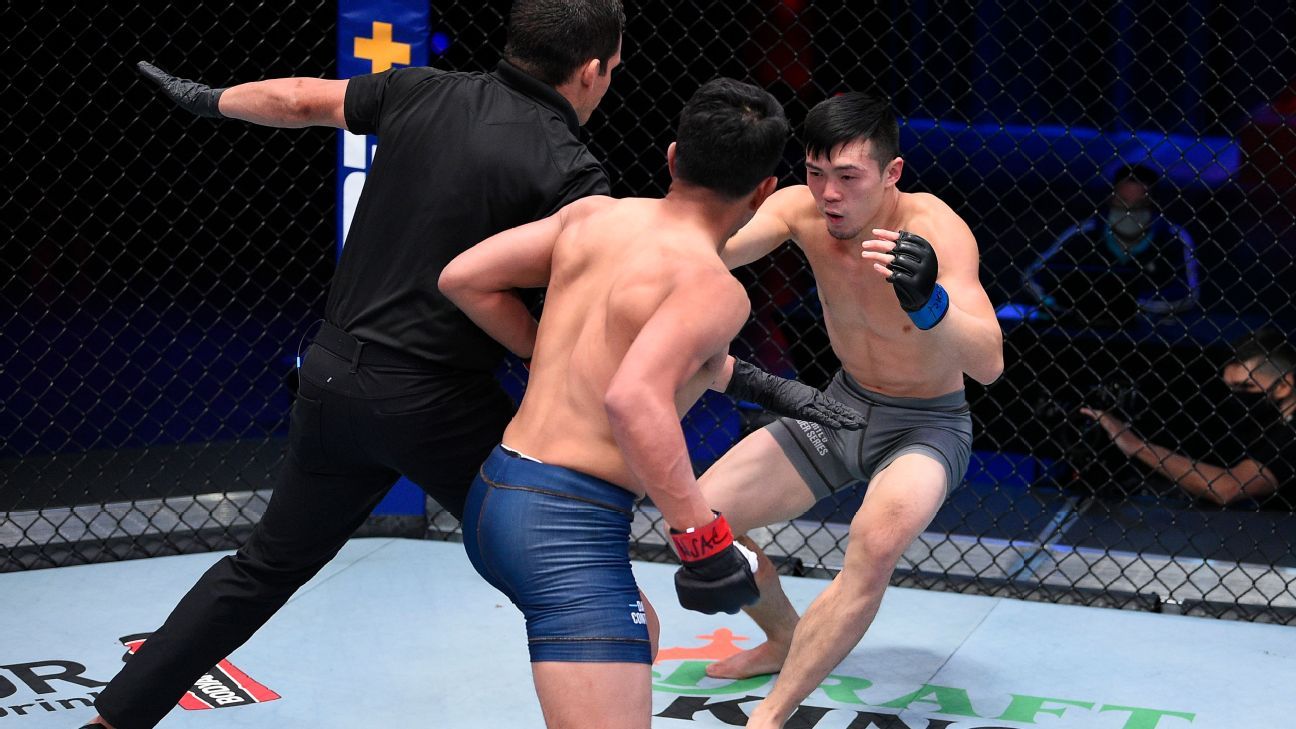