Two years ago, Nuri Sahin was on top of the world. Then a 22-year-old at Dortmund, the holding midfielder had led his club to an incredible 43-point tally in the first round of the Bundesliga season. The Turkey international, who before season's start claimed he was near-to Bastian Schweinsteiger's level, twice outplayed the Bayern man as BVB earned an improbable Bundesliga title. His performances caught the interest of Jose Mourinho, and in the summer he completed his transfer to Real Madrid.

At the time of his departure, Nuri looked destined for success in Madrid. At the very least he appeared set to put pressure on one of Sami Khedira or Xabi Alonso, and with the latter approaching his 30th birthday at the time, it was foreseeable that Nuri would have his chances. In reality, however, his transfer has been a colossal failure.

Shortly before the end of his stay at Dortmund, Nuri sustained a medial collateral ligament injury. He joined Los Blancos still unfit, and aggravated the injury shortly after returning to training. Only in November did he return to training. An out-of-shape and out-of-form Nuri was given just 24 minutes of play in La Liga before Christmas.

By mid-season, Xabi and Khedira's partnership was untouchable, and Real were cruising forward in three competitions. Mourinho had his full squad decided, substitutes included, and was not ready to bring in outsiders. Nuri ended the season having played just 640 minutes in 10 matches in all competitions.

In La Liga, he watched nearly three times as many matches from the stands as he did from the bench. His transfer was a failure. Real signed Luka Modric over the summer, and with the Croat a clear replacement for Nuri's role as ersatz-Xabi, the Turkey international was shipped off to Liverpool for a loan spell.

Nuri's failure at Real was perhaps more extreme than anyone could have expected, but it was understandable. It's difficult enough for a player to adapt to an entirely new culture, and playing for Real Madrid comes with a heavy burden of expectation. These factors, combined with his poor luck with injuries and the intense competition for playing time resulted in an annus horribilis.

The move to Liverpool brought new options for the Turkey international, who immediately was given a starting role in Brendan Rogers' starting XI. But despite masterful performances against Norwich and West Brom, Nuri was unable to find his niche in the Liverpool midfield. Rogers switched him into an attacking role in late October, a position the player later claimed was not ideal for his skill set.

After a few unsuccessful run-outs as a No. 10, he was relegated to the bench, or worse: the stands. Nuri hasn't played a minute since December 6, and has only made the bench in two of his club's last seven matches.

Although the likes of Joe Allen and Jordan Henderson do not exactly ooze class, Liverpool have not missed Nuri. In fact, they've won five of their seven matches since his last appearance, leading to allegations in the English press that Liverpool are eager to trim his £70,000 weekly earnings from their wage bill. A surplus to requirements at Real especially following the Modric signing, and unwanted at Liverpool, Nuri appears set to pack his bags once more. According to Sport-Bild, Dortmund are "99 percent" sure to re-sign their once prodigious talent this January.

Regardless of whether or not he stays at Liverpool until season's end, it appears certain his venture into football outside Germany will be remembered as a failure of the highest degree. He had some poor luck along the way in the form of injuries, competition and being used out of his natural position, but the player must share the blame.

It was Nuri's decision to accept Real Madrid's offer to jump in the deep end, as it was his choice to join a transitioning Liverpool side that never had a clear role for him to fill. At Real he could have had his chances as a substitute, but failed to establish himself ahead of modest competition in the form of Esteban Granero.

And he certainly could have made a better impression at Liverpool before he was moved into attacking midfield. Nuri's greatest shortcoming is that he requires a midfield to be built around him. He underestimated the importance of his longstanding relationship with Dortmund, and made a poor decision in joining clubs where he was never going to have the same responsibility as at his hometown club.

At this stage in his career, it seems Nuri's only viable option is to go home to Germany or try his luck in Turkey. Given the Sport-Bild rumor and BVB sporting director Michael Zorc's recent statements ("When Nuri says he wants nothing other than to play in Dortmund, then we will deal with the issue"), it seems the player will soon be reunited with Juergen Klopp, the coach who once made him a star. If the transfer is completed, it will be Nuri's first good career move in nearly two years. 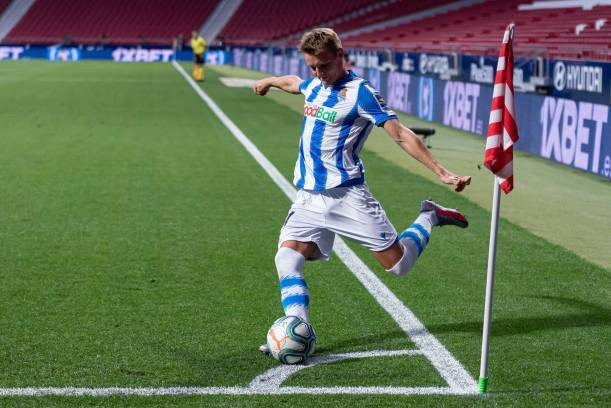