The Florida Gators still have an outside chance of appearing in the BCS National Championship. With only one embarrassing loss to the Georgia Bulldogs on its resume, Florida is currently No. 4 in the BCS rankings and has to feel positive about its chances heading down the home stretch.

Will Muschamp's team needs Notre Dame to lose to USC this weekend, which would open up the possibility of Florida playing the SEC champion in the big game. But the other factor that comes into play is that the Gators have to take care of business against the rival Florida State Seminoles as well.

A Notre Dame loss and Florida victory next Saturday likely puts this program back in the national championship for the first time since 2008 and third time since 2006. But a victory against the No. 10 ranked Seminoles won't come easy and would put an exclamation point on a wonderful season for Jimbo Fisher and company.

Will Florida State ruin any possibility of Florida reaching the national championship?

The Seminoles have an impressive record and have won double-digit games for the second time in three years. However, they haven't really played anybody, playing only just one ranked team all year, which was a matchup against the Clemson Tigers. Other than that one matchup, Florida State has taken advantage of a subpar schedule, playing mediocre teams in the watered-down ACC.

Meanwhile, Florida has beaten up on one of the more difficult schedules in the country, which is why the computer rankings love this team (ranked second in the country by the computers). Games against Top 10 opponents such as LSU, South Carolina and Georgia give this Gators club the advantage of being battle tested, which should pay off having to travel into a hostile environment such as Doak Campbell Stadium.

On top of the lack of tough opponents, Florida State hasn't really hasn't faced an offense that can move the football the way Florida can. Clemson is the only explosive offense that Florida State has faced all season and the Tigers were able to produce over 400 yards of total offense and scored 37 points.

The Gators, on the other hand, prefer to run the football with a power running game, which was effective against solid run defensive teams such as LSU ad Texas A&M. The ground game of the Gators wears down opposing defenses and is currently ranked 40th in the country and fourth in the SEC.

The offense also plans to get quarterback Jeff Driskel back from injury, who missed last week’s game against Jacksonville State. Getting the playmaker back at the quarterback position just makes things that much more difficult to defend for the Seminoles.

In a game that will also likely come down to the wire, turnovers will be key. This is where Florida has the advantage once again, as Florida State has coughed the ball up 18 times this season, while Florida has turned it over only 11 times. The Gators have gone six games without a turnover, while the Seminoles have gone seven games with at least two turnovers, including 12 in the last five games.

Turn the ball over in a tight defensive battle and you will lose this game.

Florida State will also be playing the best defense it has faced all season, as the Gators are currently ranked fourth in the country in total defense. This isn't terrific news for senior quarterback E.J. Manuel who does have a history of making bad decisions with the football and a track record of not being able to step up in big games.

The Gators have only allowed more than 300 total yards once in the last five games and the Seminoles don't have enough firepower on the offensive side of the ball to snap that streak.

For the first time since 2006, this rivalry game will likely come down to the wire and be decided by one possession. However, you have to go with the proven team in this situation. And that, of course, is the Florida Gators.

Will Muschamp and company will do what they can to make sure the Gators are still in the national championship hunt once this meeting is over with.

And once this game comes to a close, every Gator fan will then become USC Trojan fans for three hours in hopes Notre Dame suffers its first loss of the year.

OTB: The state of the state

OTB: The state of the state

Who will emerge as Florida State’s dominant pass rusher in 2020?

Who will emerge as Florida State’s dominant pass rusher in 2020? 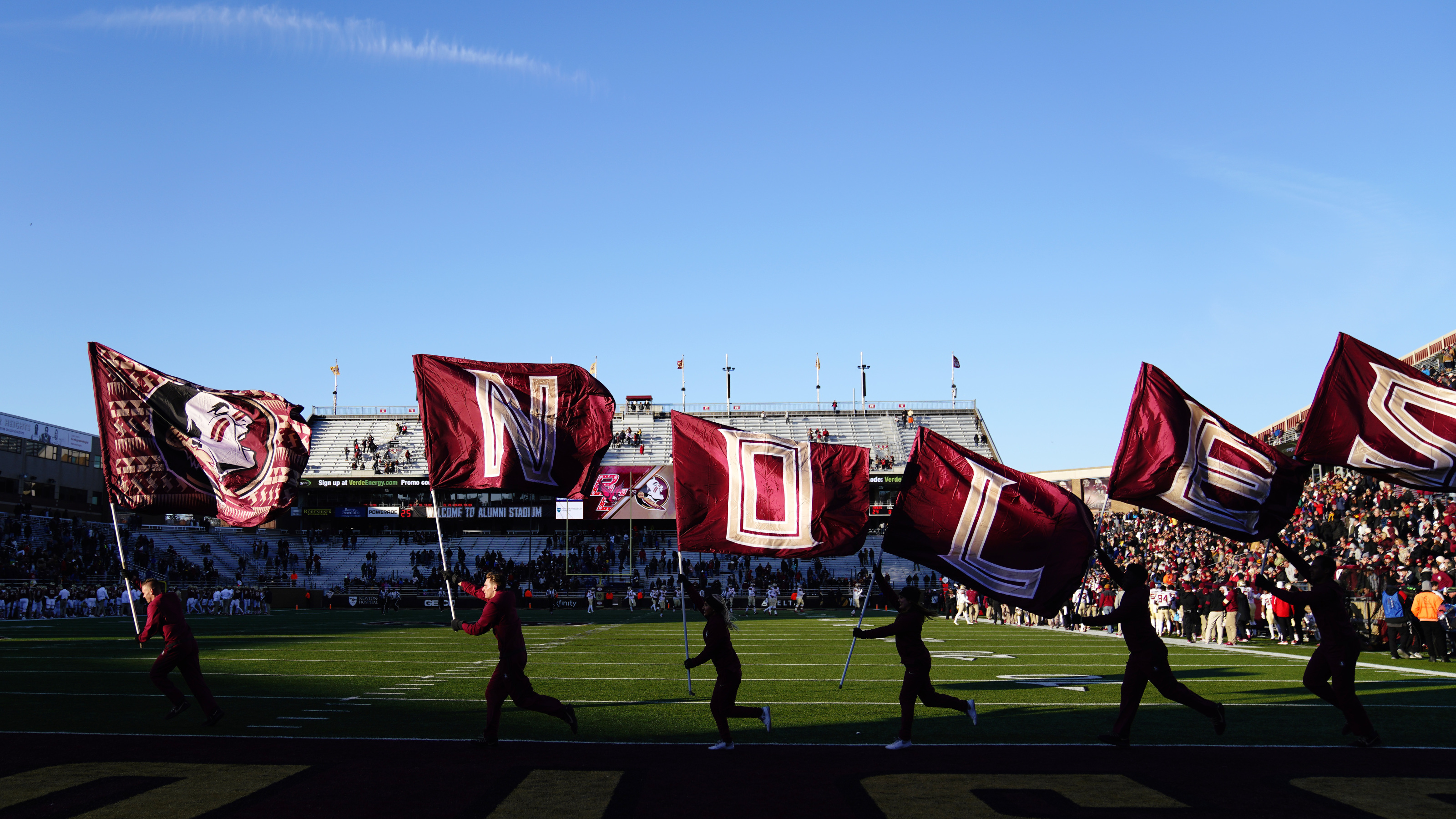