This coming weekend will witness the long-awaited return of Georges “Rush” St-Pierre to the UFC Octagon, where he will face UFC interim welterweight champion Carlos Condit at UFC 154 in Montreal, Canada.

GSP has been out of action for a year after suffering a ruptured anterior cruciate ligament (ACL) in his knee while preparing for his fight against Nick Diaz in December 2011. Georges subsequently underwent ACL reconstruction surgery and has been rehabilitating his knee for the last 11 months.

The question on everyone’s mind is: how will GSP’s injury and surgery affect his performance against Condit?

The ACL, or anterior cruciate ligament, is one of two ligaments that crisscross in the middle of your knee. The knee is basically composed of the femur (thigh-bone) on the top, and tibia (shin-bone) on the bottom, with the patella (knee-cap) in the front. The ACL acts to prevent the tibia from moving forward, away from the femur, and is most important for sudden movements like cutting or twisting.

Unfortunately, if an athlete injures his ACL, it can't heal or grow back on its own and therefore needs it to be "reconstructed"—which means replacing it with a new ACL graft created by a surgeon. The main categories that can have significant effects on the ability to return to their pre-injury level are: 1) Graft Choice, 2) Surgical Technique and 3) Rehab.

The type of graft an athlete and surgeon choose can have different potential outcomes. This is something that has been, and will continue to be, debated by surgeons. Traditionally, most surgeons  take the central third of the patellar tendon, which is where your quadriceps muscle runs over the top of your patella (knee-cap) and attaches to your tibia (shin-bone). You can feel it if you bend your knee and feel just below your patella. When this graft is used, a piece of bone is taken out of the patella, another piece is taken from the tibia with a strand of patellar tendon running in between.

This graft is thought to have the easiest chance of healing where the ACL used to be since it has bone on the ends and bone tends to heal better to bone than tissue. Other options include taking hamstring tendons or cadaver grafts. GSP underwent ACL reconstruction with the patellar tendon.

Unfortunately, a common side effect is pain over the kneecap, especially when you kneel down, which is something grapplers do all the time. The other issue is that there may be some quadriceps weakness, which are the muscles that straighten your leg, so theoretically, this could weaken the "snap" of GSP’s kick.

The next thing that may affect your outcome is the surgical technique. This is something that is completely up to the surgeon. Basically, it’s how they drill the holes in the bones and pass the graft into your knee. In the old days, the tunnels were put more straight-up and down; nowadays, most surgeons change the angle to be more "anatomic." GSP’s surgeon was Dr. Neal ElAttrache of Kerlan-Jobe in Los Angeles, CA. Dr. ElAttrache is considered an expert in the treatment of elite athletes and has experience as the Los Angeles Dodger’s team physician, as well as performing Tom Brady’s ACL reconstruction.

The final step that GSP must face before returning to pre-injury form is rehabilitation. ACL rehab is not easy. Prior to his injury. GSP was training with Jon Chaimberg, a well-respected strength and conditioning coach. This certainly puts him in a good position for rehab, as he had a good base to begin with. Some people refer to this as “pre-hab."  After his surgery, GSP underwent formal physical therapy with certified physical therapists.

Beyond that, GSP has surrounded himself with a good team of nutritionists and massage therapists, as well as well-known manager/coach Firas Zahabi.

Therapists focus first on hamstrings and then work their way up to strengthening quads. The quads are the first to go, even before surgery, so it’s important to keep up quad strength before and after surgery. The quadriceps are important as stabilizers of the knee, because when they contract, they help keep the tension off the ligaments by keeping the knee aligned. They also help stabilize the ACL from being stressed with sudden lateral movements or change of direction.  By nine months to one year, most athletes can get back into their sport.

However, studies have shown that even NFL players only get up to 80% of their original quad strength back one year after ACL surgery.

News reports also mentioned that GSP injured his meniscus, which is one of two shock absorbing rings of cartilage in his knee. This was either treated by repairing it with sutures (much less common), or shaved down to a smooth contour. This type of injury can predispose him to further tears in his meniscus, or even arthritis (cartilage degeneration), which may mean more injuries or knee pain down the road.

GSP has done everything right to recover from his surgery. He had a good surgeon, good therapists, and has good genetics. However, an injured knee is never the same as an uninjured knee. Surgeons do their best to bring people back, but sometimes it takes up to one year to get back to playing sports, and even two years before an athlete feels normal, even in professional elite athletes. GSP certainly fits in that category, so the question remains if he is returning too soon.

His graft is likely strong, but the real question is: will his mobility will be the same?

He may not be able to move suddenly from side-to-side as quickly as he did a year ago. In addition, his quadriceps strength may be just a fraction less, which is all it takes for someone to lose at an elite level. Furthermore, GSP is now one year older and hasn’t been in the groove of competition as he was during his dominant reign.

All of these factors are against GSP, but as we have seen countless times before, GSP always finds a way to win.

Jon Gelber, M.D. is the founder of FightMedicine.net (@FightMedicine and facebook.com/fightmedicine) where he brings medical information to the MMA community. You can leave him questions about medical issues in MMA in the comments section or email them to him to be answered in future B/R columns.

Video: Alex Munoz explains how Urijah Faber became a huge influence on his career ahead of UFC debut 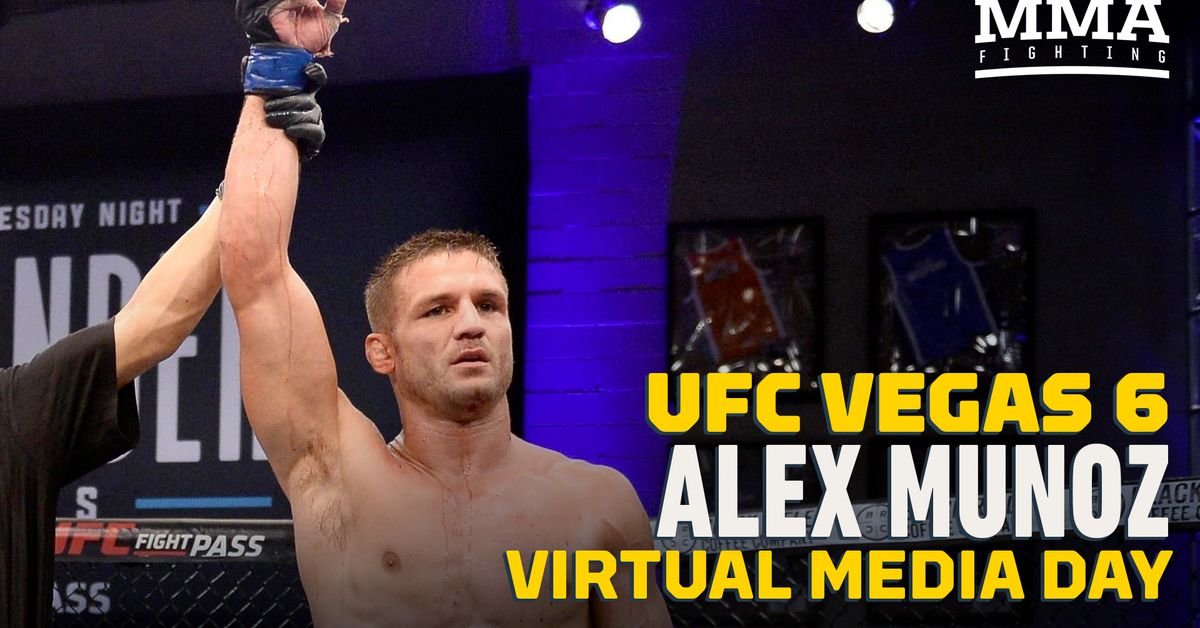 Video: Alex Munoz explains how Urijah Faber became a huge influence on his career ahead of UFC debut 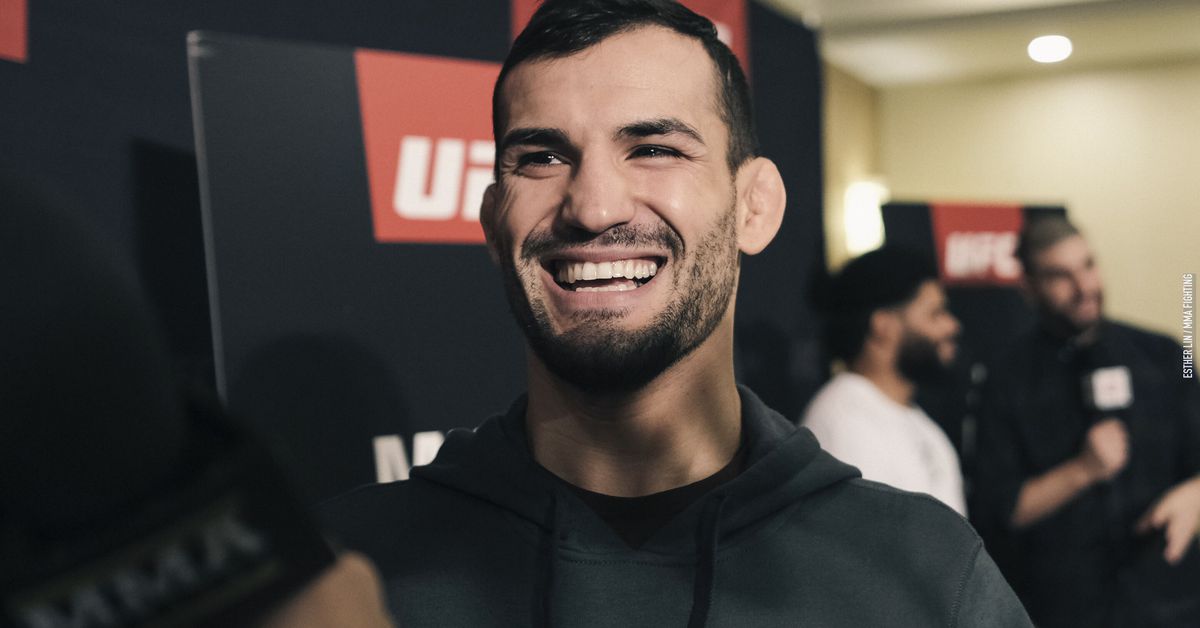