The Hollywood blockbuster Moneyball ended much like any other feel good film, as protagonist Scott Hatteberg belted a home run that sent the small market underdog Oakland A’s into the postseason. However, unlike many silver screen dramas, the story of the Oakland A’s did not end with “happily ever after” attached to the end.

After using Billy Beane’s innovative scouting to build teams that posted above .500 records from 1999 to 2006, the A’s could not finish above that mark for the next 5 years. It seemed as though the rest of the league had caught on to Oakland's strategy, and that Billy Beane had lost his touch.

Using their economical advantage, combined with the sabermetric scouting originally developed by the A’s, other larger market teams seemed to once again hold a competitive advantage over Oakland.

At the onset of the 2012 baseball season, virtually no baseball fans could imagine the Oakland A’s making much of an impact in an AL West division dominated by the superstar-heavy Texas Rangers and Los Angeles Angels of Anaheim.

However, 2012 turned out to be Billy Beane’s most masterful work yet as the Oakland A’s finished 94-70, winning the division with a payroll of roughly $99 million less than the Angels and $65 million less than the Rangers. So how did this happen? How did the A’s once again use undervalued talent to reach the postseason?

It is hard to imagine any opposing pitchers shaking in fear when staring at the Oakland A's lineup card during the 2012 season. The A’s did not feature any hitter batting over .300 or who drove in over 85 runs, and only had three players finish with more than 20 home runs.

However, Oakland's use of platooning—a declining trend in Major League Baseball—to account for its deficiencies led to the underrated effectiveness of their lineup.

At first base, for example, Brandon Moss is the regular starter against right-handed pitching, while Chris Carter usually gets the start against left-handers. Moss put up stellar numbers against right handed pitching all season, hitting 19 home runs, while driving in 44 runs and slugging .643 in 207 at bats. Against lefties, Carter hit five home runs, drove in 17, while slugging .494 in 83 at bats.

Another platoon employed by the A’s is at designated hitter with Jonny Gomes and Seth Smith. Smith homered 12 times while slugging .454 and having an OPS of .805 against right-handers in 313 at bats. Meanwhile, Gomes hit 11 homers to go along with a .413 OBP and .974 OPS against left-handers in 164 at bats.

The A’s have also prominently used other platoons throughout the season, such as at the catcher spot with Derek Norris and George Kottaras.

While the A’s use of platooning did spark their offense, this success did not stand out in traditional statistical categories. With a batting average of .238, the A’s finished 28th in the league, leaving only two last-place teams, the Houston Astros and the Seattle Mariners, with lower marks. Even On Base Percentage, a statistic prominently featured in the original Moneyball, cannot account for their 2012 success, as their .310 OBP ranks 24th in the league.

However, what Oakland lacked in getting on base and batting average they made up for in the power game. The A’s finished 7th in the league in home runs and while their slugging percentage ranked 15th in the league, that ranking is considerably higher than expected given their lowly batting average.

In the sabermetric community, Oakland’s hitters excelled as well. The A’s ranked 10th in the league in Weighted Runs Created (wRC+), an improved version of Bill James’s original Runs Created statistic, which “attempts to quantify a player’s total value and measure it in runs.”

Overall, despite a ridiculously low batting average and lack of star power, the A’s were able to produce the 14th most runs in Major League Baseball, which, with their surprisingly impressive pitching staff, proved to win a lot of ballgames.

In 2012, the A’s staff posted a 3.48 ERA, which was good for 6th best in the league to go along with 1.24 WHIP. The one anomaly was strikeouts, in which the A’s finished 26th in the league. This lack of strikeouts, however, was not truly an anomaly, but rather an indicator of a general pitching strategy employed by the A's.

The A’s finished 9th in the league in fewest walks allowed going along with having the 10th lowest walk percentage. The A’s also had the 7th highest percentage of fastballs thrown. These statistics show that A’s pitchers used the strategy of attacking the zone with fastballs and forcing contact in order to limit opposing batters. This strategy does not require having pitchers with dominant strikeout arsenals, a skill set generally more expensive to obtain.

While pitching to contact by attacking hitters with fastballs worked in 2012 for the A’s, advanced sabermetrics suggest that the success of the A’s pitchers might be somewhat attributable to luck. The A’s had the third lowest BABIP (batting average on balls in play) in the league, the 7th highest xFIP (expected fielding independent pitching), and the 8th highest SIERA (skill interactive ERA).

Having a low BABIP is a signal that many balls hit by opposing batters went directly to Oakland fielders. Going forward, this might not always be the case and more balls could fall in for hits. xFIP is a statistic that attempts to judge pitchers on entirely what they can control, using a combination of strikeouts, walks, hit by pitches, and “how many home runs they should have allowed” (using home run to fly ball ratios and multiplying it by fly ball rate), to try and determine how effective a pitcher is without the effect of his fielders. The higher the xFIP a team or pitcher has, the worse they are and the A’s xFIP of 4.2 is categorized as “below average” by Fangraphs.

The last sabermetric in which the A’s pitching staff failed to excel was SIERA. SIERA differs from xFIP because it places more emphasis on balls in play, using groundball and flyball rates, as well as walks and strikeouts to attempt to determine a pitchers skill.

The A’s finished the year with a SIERA of 4.03, which was the 8th highest in all of baseball. So while Oakland did have one of the most effective staffs in the league according to traditional measures like ERA, advanced sabermetrics predict that the A’s success might soon run out or is unlikely to reoccur. In total, however, the A’s only allowed the 6th lowest amount of runs in the league in 2012, which along with their power and timely hitting led to winning 94 games.

The next question one must ask when dissecting the success of the 2012 Oakland A’s: How did Billy Beane assemble this team? What changes were made from 2011 to 2012 that led to this significant increase in wins?

The only headlining acquisition was the signing of international free agent Yoenis Cespedes for a 4 year, 36 million dollar deal. Cespedes might have been an international superstar, but many in baseball circles thought that it would take some time for him to adjust to Major League pitching. Yet the A’s Director of Baseball Operations Farhan Zaidi felt he could be a key contributor and convinced Beane to make the investment. The 2012 season is proof that Zaini made the right judgment, as Cespedes hit .292 with 23 home runs and 82 RBI’s.

While the Cespedes deal made headlines, it was the more low key moves made by Beane that really boosted the A’s all season long. Similar to the 2002 season depicted in Moneyball, Beane was able to find value in players where other teams did not.

In a deal with the Red Sox, Beane sent reliever Andrew Bailey and Ryan Sweeney to the Red Sox for inexperienced outfielder Josh Reddick and two minor leaguers. As stated earlier, Reddick exceeded everyone’s expectations by hitting 32 homers and slugging .463.

In a multi-player deal with the Diamondbacks, Beane traded starter Trevor Cahill and veteran reliever Craig Breslow for rookie Jarrod Parker, reliever Ryan Cook and Collin Cowgill. In 2012, Parker was arguably the best rookie pitcher in the American League posting 3.47 ERA in 181.1 innings, while Ryan Cook was an All-Star reliever in the set-up role with a 2.09 ERA and 42 holds.

While Gonzalez won 20 games, he would have soon been a contract the A’s could not afford. The newly acquired Milone, a soft-tossing righty with an average fastball velocity of 87.7 went on to also be one of the best rookie pitchers in the American League, posting a 3.74 ERA while winning 13 games. Norris also stepped in, playing a crucial role at the catcher position as half of the platoon with George Kottaras.

All of these trades represent examples of Beane dumping established players for relatively unproven talent, yet in all three cases the unproven talent was able to significantly contribute the A's success in 2012; this is a great tribute to the effectiveness of the A's scouting department.

These three trades, along with a trade with the Rockies for Seth Smith and the signings of journeymen Jonny Gomes and Brandon Moss, are all examples of Beane’s ability to trade and acquire underutilized cheap talent.

Though the 2002 season will probably be most remembered when people look at Billy Beane’s career as General Manager, it is the 2012 season that is by far his finest yet. Unlike 2002, in 2012 Beane did not have the luxury of marching out three all-star quality starters (Barry Zito, Mark Mulder, and Tim Hudson). Instead, Beane not only had to piece together a lineup full of mostly unknown veterans and rookies, but he also had to construct a pitching staff of underrated parts as well.

Beane’s ability to assemble talent as well as Bob Melvin’s coaching staff’s ability to maximize it through the implementation of platoons and pitching strategy led to the 2012 Oakland A’s far exceeding anyone’s expectations and the revival of Moneyball. 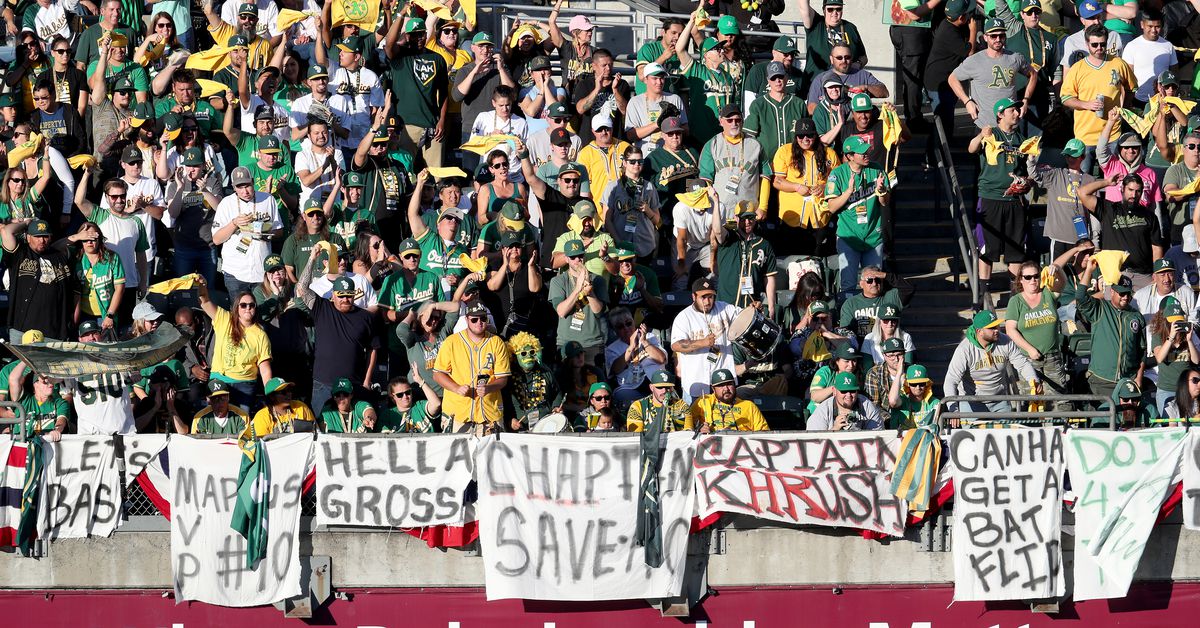