The Seattle Sounders had plenty of chances in the first half to bury the Los Angeles Galaxy yesterday, but they squandered many of them.

Eddie Johnson finished off an excellent move and ball from Mauro Rosales in the 40th minute to score his second goal in as many games to fire his ahead. However, the real clincher came in the second half.

The goal was Montero's first of the season, and probably his most ambitious and impressive goal in his short but already impressive career.

"When you have the opportunity to shoot from that distance you just try," he said after the game, per ESPN. "Thank God that ball went into the net."

Montero's newest strike partner Johnson tried his hand in Europe after a successful career in MLS. It didn't turn out so well for the former Fulham man. He bounced around Europe on loan, but didn't find any success.

Johnson returned to MLS this season and ended up partnering Sounders. Injuries have plagued him, but he's had two successful games in a row.

Per Miguel Gallo of VeaDeportes.com, Montero is being monitored by both Liverpool and Ajax. These are just rumours, but with goals like the one he scored yesterday, it might be tough to keep the Colombian forward in MLS for much longer.

In three full seasons with the Sounders, Montero has scored an impressive 37 goals and chipped in 20 assists in all competitions. That kind of goal return in MLS is impressive for a player who came into the league as a relatively unknown 22-year-old.

It's about time teams in Europe take a good look at him, because he has the whole package as a forward. He can pass, he finds space, he operates between the lines and he knows how to put the ball in the net from any distance, which is most important.

The Sounders' 2-0 win over the Galaxy snapped a six-game winless streak for Seattle against Los Angeles.

Should Olimpia's Yustin Arboleda been shown a red card against Seattle Sounders?

Should Olimpia's Yustin Arboleda been shown a red card against Seattle Sounders?

Get in on a Seattle Champion T-Shirt

Get in on a Seattle Champion T-Shirt 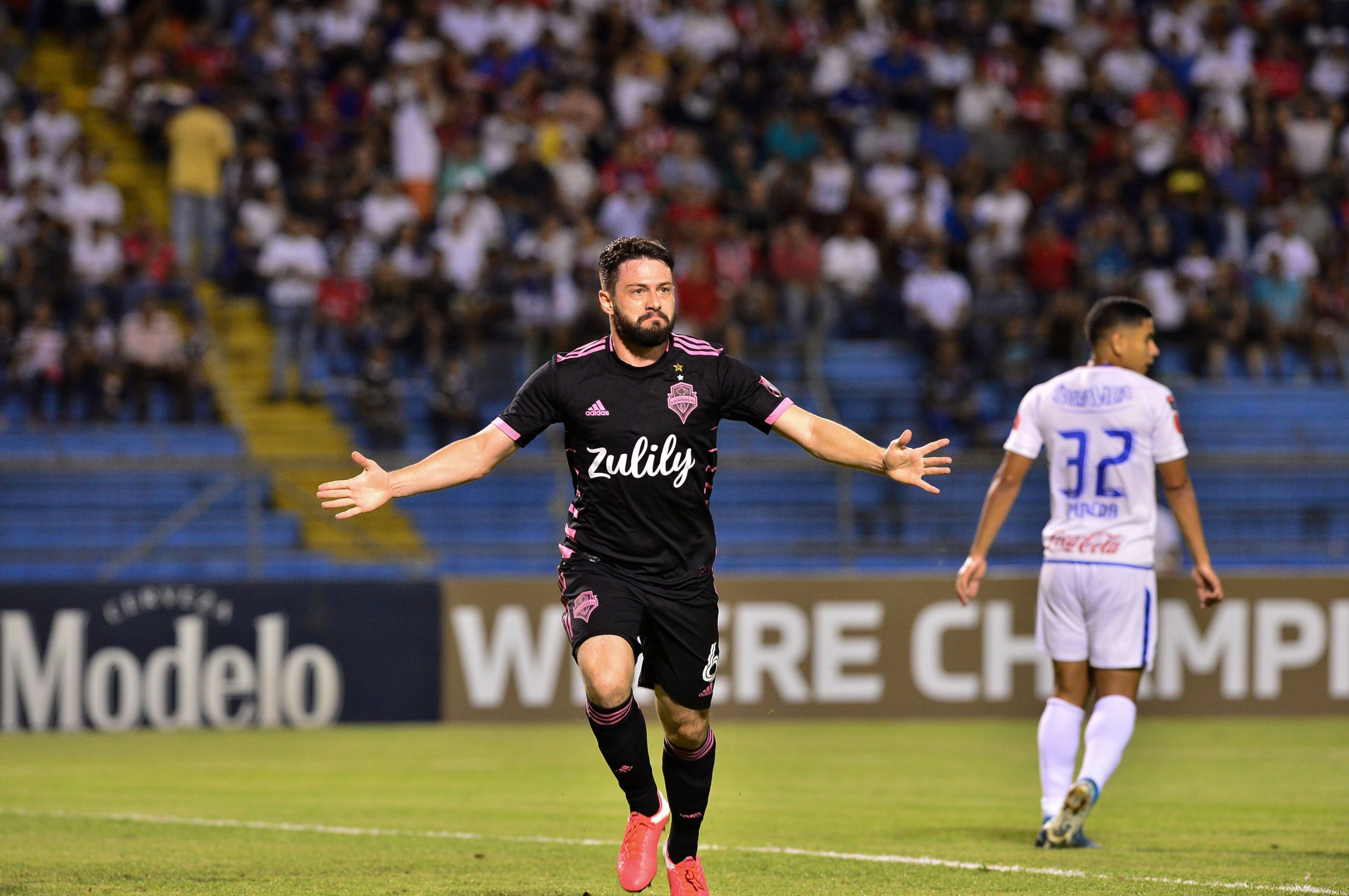