After quarterback Garrett Gilbert was reportedly seen at an SMU practice today, the University of Texas has announced Gilbert has been given an unconditional release from his scholarship at the school and is free to transfer anywhere he wants.

Gilbert, who passed for 10 touchdowns to 17 interceptions last year, didn't get off to a good season with the Longhorns this year, completing just 48 percent of his passes for one touchdown and two interceptions.

The two interceptions may have paved the way for the junior's exit. Against BYU in the team's second game, Gilbert went 2-of-8 passing for eight yards and two interceptions, quickly being benched in favor of Case McCoy, Colt McCoy's younger brother.

He hadn't seen the field since, and it became clear that he was drifting out of head coach Mack Brown's favor.

So it's no wonder why Gilbert elected to transfer from the school. The team is No. 11 in the nation so far, and they can't afford to hope he turns things around.

"Coach Brown was very understanding and granted me a release to take some visits while I decide where I'm going to transfer to. That's what I'll be doing while I continue school at Texas this semester. I'm excited to focus on getting my shoulder back to 100 percent and to decide where my next step will be, but I will always be thankful for my opportunity at Texas and be pulling for all of my friends and family in the Longhorns program."

I do question SMU's judgment if the Mustangs are thinking about bringing Gilbert aboard, which would be a rare instance for me given the respect I have for head coach June Jones.

I just don't get it. The Mustangs just defeated then-No. 20 TCU, 40-33, behind impressive play by starting quarterback J.J. McDermott and running back Zach Line. This team is on a roll behind Jones, and it's curious why the team would risk disrupting team chemistry by bringing another quarterback aboard.

If SMU is considering Gilbert, it's likely because the school is looking for a replacement for McDermott next year, who is in his senior campaign this season. So far, the Mustangs don't have anyone to fill McDermott's shoes, so I understand where they're coming from.

But the fact of the matter is, there's no reason to believe Gilbert will be any better at SMU, with less talent surrounding him, than he was at Texas.

SMU, a rising program that is 4-1 this season, can't afford to simply make do at quarterback. The school is at a pivotal point with a chance to really make some waves if the Mustangs finish strong this season. My advice would be to find another quarterback moving forward.

Gilbert is an intriguing choice given Brown had enough faith to stick with him for three years, but he simply hasn't shown much on the field. 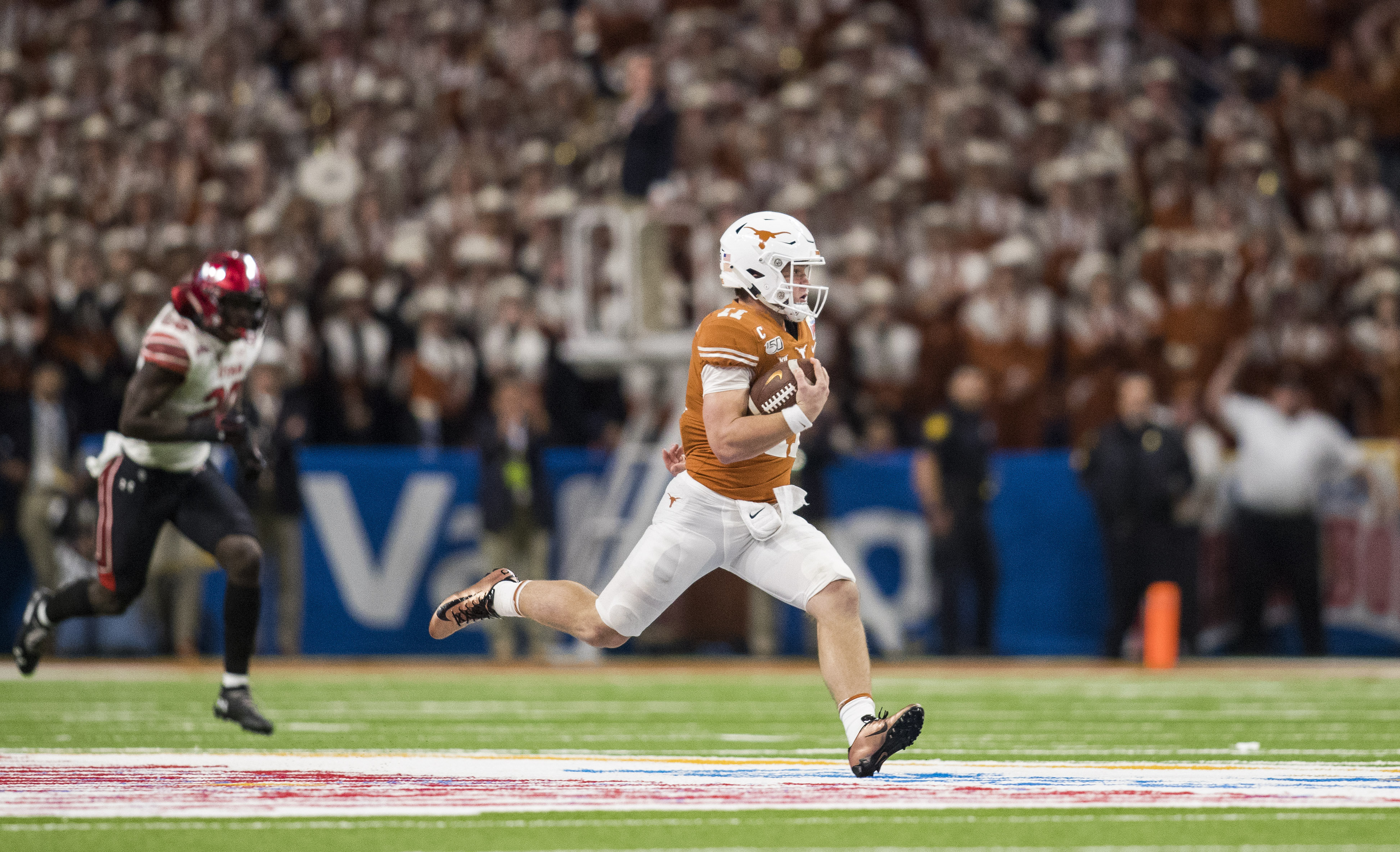