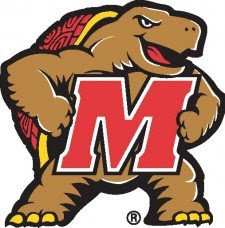 Hello, I'm David Funk, and welcome to another edition of FSD History Flashback for November 10. Today's FSD History Flashback takes us back to what maybe the best comeback in the history of sports. Not a single person would ever foresee what was to come on this day as well as years later.

On November 10, 1984, the Miami Hurricanes hosted the Maryland Terrapins at the Orange Bowl. Miami head coach Jimmy Johnson came into the game with an 8-2 record coming off a win against Louisville.

Reich, who was the starting quarterback in Maryland's 0-2 start in 1984, had finally been cleared to play the previous week against North Carolina. As Maryland had put away the game against the Tarheels, Reich came off the bench to relieve Gelbaugh for some much needed playing time. Gelbaugh helped Maryland win five of their previous six games as they had taken control of the ACC.

Ross had decided to put Reich in at quarterback to start the second half for Maryland to give him playing time. Little did anyone know that Ross would look like a genius after one of the most shocking moments in sports history was just about to unfold.

Maryland came out of halftime with an offensive flurry that shocked the Hurricanes. Reich threw for two touchdowns and ran for another in the third quarter as they cut into Miami's lead. The Hurricanes only mustered a field goal, and Maryland had played inspired defense as Miami had a 34-21 lead going into the final quarter.

The Terrapins cut the lead to 34-28 on a 14-yard touchdown run from Tommy Neal. Maryland got the ball back and another good thing happened for them. Wide receiver Greg Hill had caught a 68-yard touchdown pass on a Reich play-action scramble that had been tipped by Miami safety Darrell Fullington as Maryland had taken a 35-34 lead in the game. It was Reich's third touchdown pass of the game, and fourth overall.

On the next kickoff, Miami fumbled the ball at their own 5-yard line as the Terrapins recovered. Maryland added to it's lead two plays later as Rick Badanjek scored on a 4-yard touchdown run as the stunned Miami crowd looked on. But Miami wouldn't go down that quietly at home in the last quarter.

Kosar threw a 5-yard touchdown on a fade route to Eddie Brown as Miami was down 42-40 late in the final quarter with a minute left. Miami was forced to go for the two-point conversion.

Kosar passed to running back Melvin Bratton in the flat on the two-point conversion attempt, but Maryland safety Keeta Covington cut him down immediately to preserve the lead.

With Miami down by two points, they attempted an on-side kick. Maryland not only recovered the on-side attempt, but came within a half of a yard of running it back for a touchdown. Instead of adding insult to injury, Reich kneeled the ball as the Terrapins ran out the clock to secure quite possibly the most incredible comeback in sports history. Maryland won 42-40.

Reich threw for 260 yards, three touchdowns, and rushed for another in this game. Kosar had 363 passing yards, four touchdowns, and one rushing touchdown as well as two interceptions. Miami also had a very costly fumble in the final quarter that eventually gave Maryland a bigger cushion of a lead.

Miami, who played a brutal schedule in 1984 as the defending national champions, had went against Auburn, Florida, Michigan, Florida State, and Notre Dame before this game. They had lost to Michigan and Florida State.

Unfortunately, this wouldn't be the only heart-breaking loss for Miami as they played Boston College two weeks later in the "Doug Flutie" game.

Maryland would not lose another game the rest of the year as they won the ACC Championship. They played Tennessee in the Sun Bowl and had also comeback from a 21-0 halftime deficit to win 28-27.

As for Reich, this was only the first time he would be associated with a memorable comeback in sports. As a backup quarterback for the Buffalo Bills in the 1992 Playoffs subbing for starter Jim Kelly, he engineered the biggest comeback in NFL history as they erased a 35-3 Houston Oilers lead in a Wild Card matchup for a 41-38 win.

What's even more amazing is that he was a backup in both games(even though he was starter for Maryland before an injury). These days, Reich is a Christian Speaker and Pastor at a church in Charlotte, NC.

Even though Maryland had a high-powered offense, no one thought a guy just returning from injury would come off the bench to knock off a powerful Hurricanes team on the road with a stunning second half performance.

When anyone thinks of the greatest comebacks in sports history, one such name should always been mentioned in the conversation: Frank Reich.

Thanks for viewing, and I hope you enjoyed today's FSD History Flashback!