Wimbledon: 10 Reasons Why It Is the Best Tennis Tournament 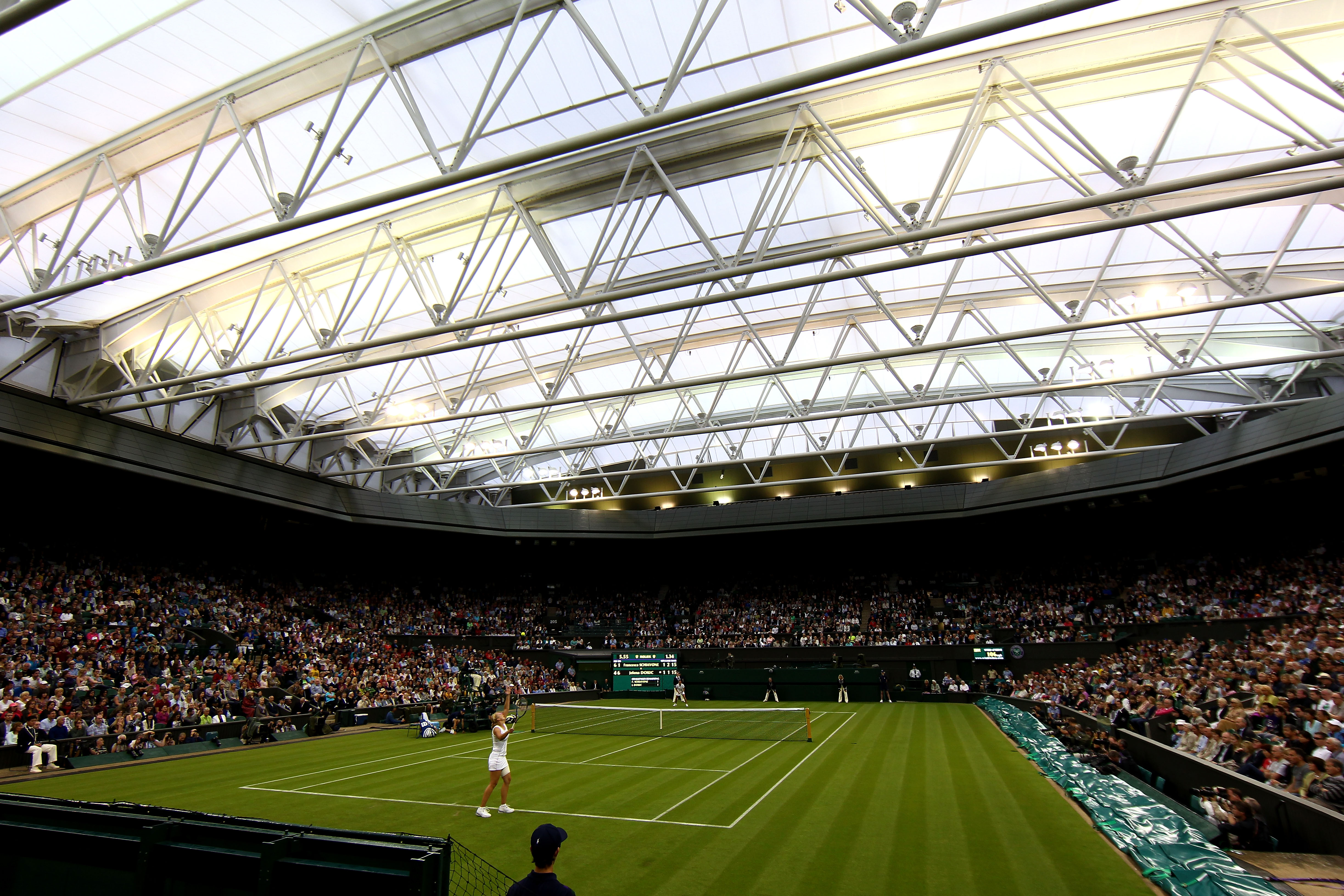 If a tournament can make Pete Sampras consider coming out of retirement to compete, it can't be that bad can it?

The oldest tennis tournament in the world continues to inspire awe in all those who strive to be just like their racket-swinging idols. The innovations over the years have helped make the tournament up-to-date without loosing any of its prestige.

For a tournament that is over 100 years old to still be following close to the same rules is amazing. That's why people turn out every year for the spectacle that is The Championships at Wimbledon.

No. 10: Roger Federer Hasn't Accomplished Everything Yet 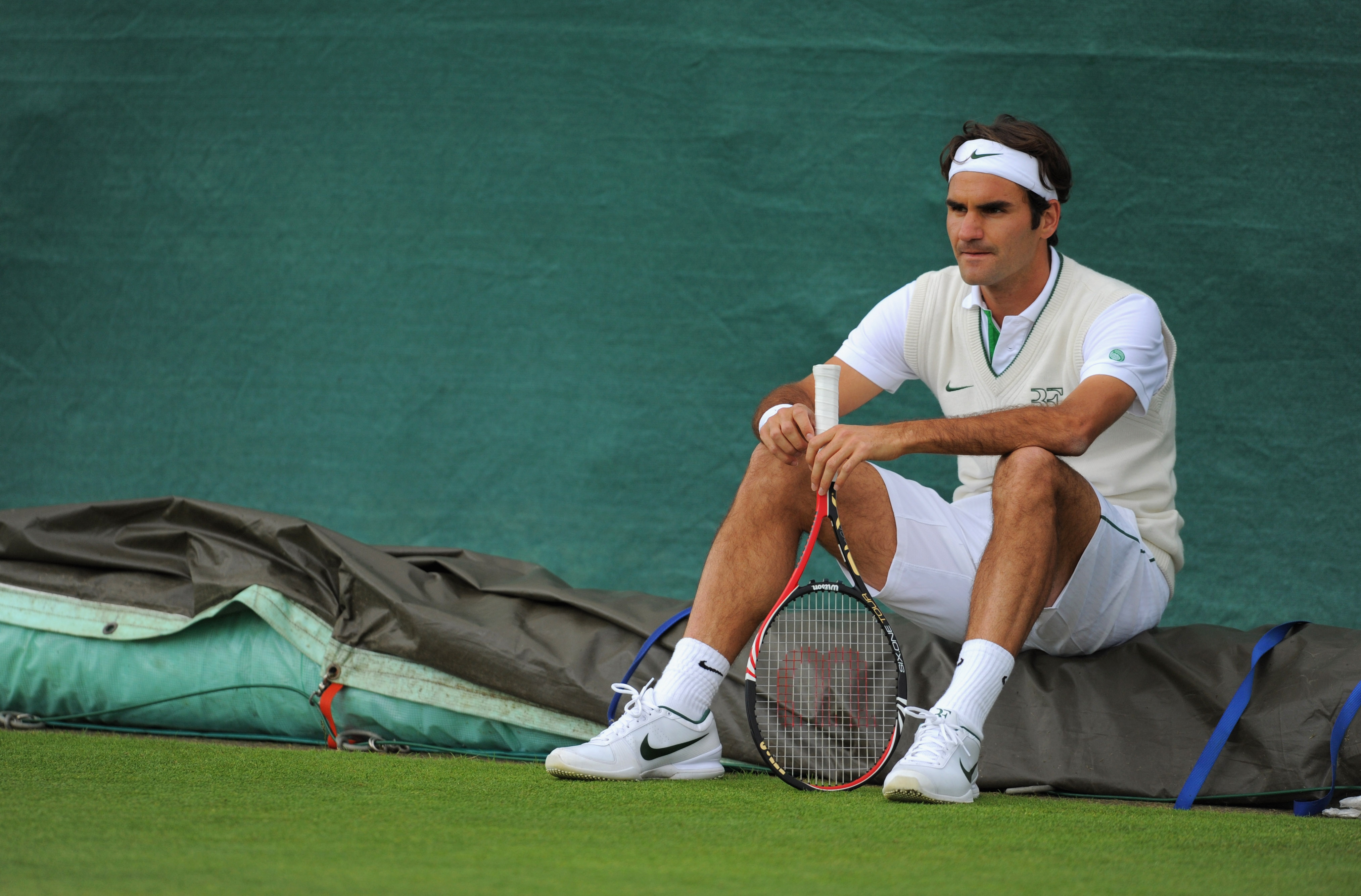 It seemed like the man was unstoppable just a few years ago.

Now he has taken a back seat to Rafael Nadal, but if there is any place where the "Fed" can return to his former self, it's on the ryegrass.

The man wins at Wimbledon, but he is still one behind Pete Sampras for most championships all-time there (seven for Sampras). The way he broke Sampras' record of most majors was outstanding, surviving a 30-game fifth set against the hardest server of all time, Andy Roddick, in England.

Therefore it is not a stretch to think this next milestone will be even more special. 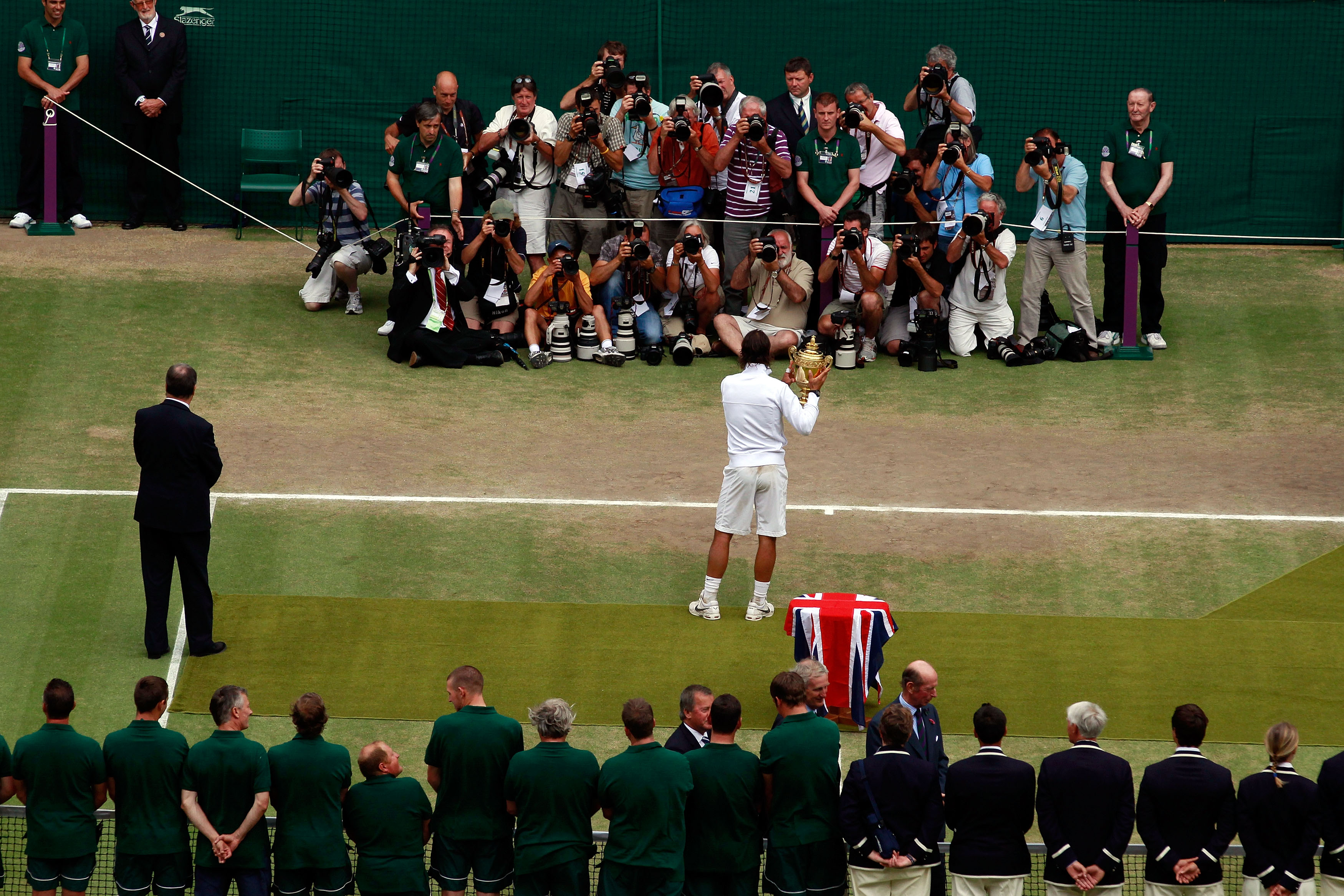 "Keeping you on the ball: Radio Wimbledon, 87.7FM"

Alongside NBC, ESPN and BBC Sport, Radio Wimbledon has become famous for great coverage and commentary throughout the tournament and was the first ever radio show of its kind for a tennis major.

The coverage is some of the best for the sport and far exceeds the other majors. This may be because of the lack of sports competing for television spots at the same time, The Barclay's Premiere League season is over in England, and NFL, NBA and NHL are too.

This means full attention from ESPN and BBC sports, and with excellent reporters such as Patrick McEnroe, Chris Fowler, Sam Lloyd, Nick Dye, Sue Barker, Jimmy Connors, Tim Henman etc., there is no doubt that coverage will be repeated again this time around. 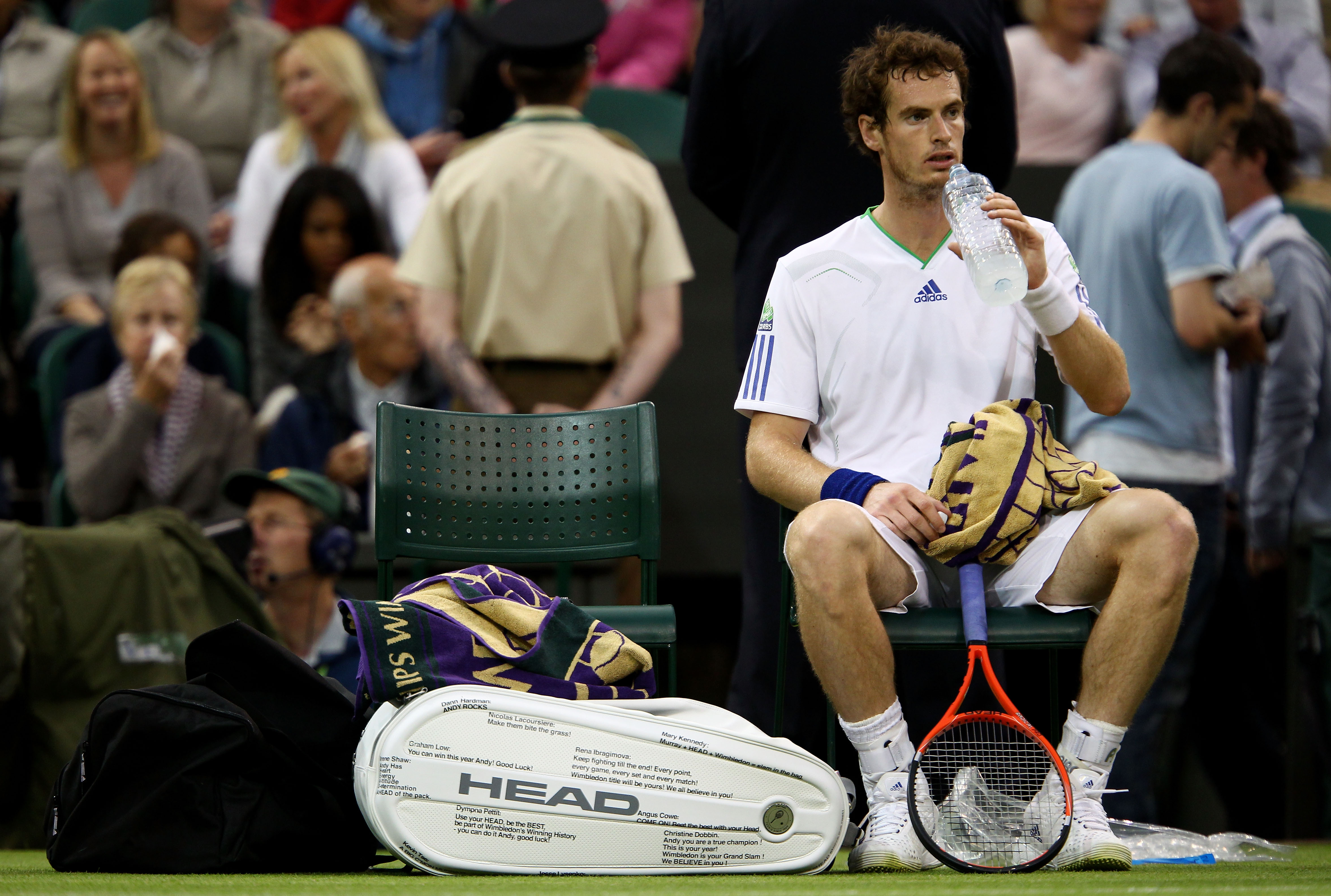 At least not for a while.

Sarah Virginia Wade, more commonly known by her middle name, and Ann Haydon-Jones are the only two Brits to win the tournament in the Open Era. The last men's singles title for Great Britain belongs to Fred Perry in 1936.

Now it is true the home team dominated the tournament early winning the first 30 men's titles from 1877-1906, but it's been a long time since a hometown kid has hoisted the trophy.

Tim Henman had a couple of shots at the title but never even got to the final getting ousted four times in the game before. However, now Great Britain has it's man, Andy Murray, and all the pressure is riding on his shoulders to bring home the title.

Will he do it and reclaim home turf in the name of the Queen? Or will he be cut short once again by one of the three heavy hitters in men's tennis? 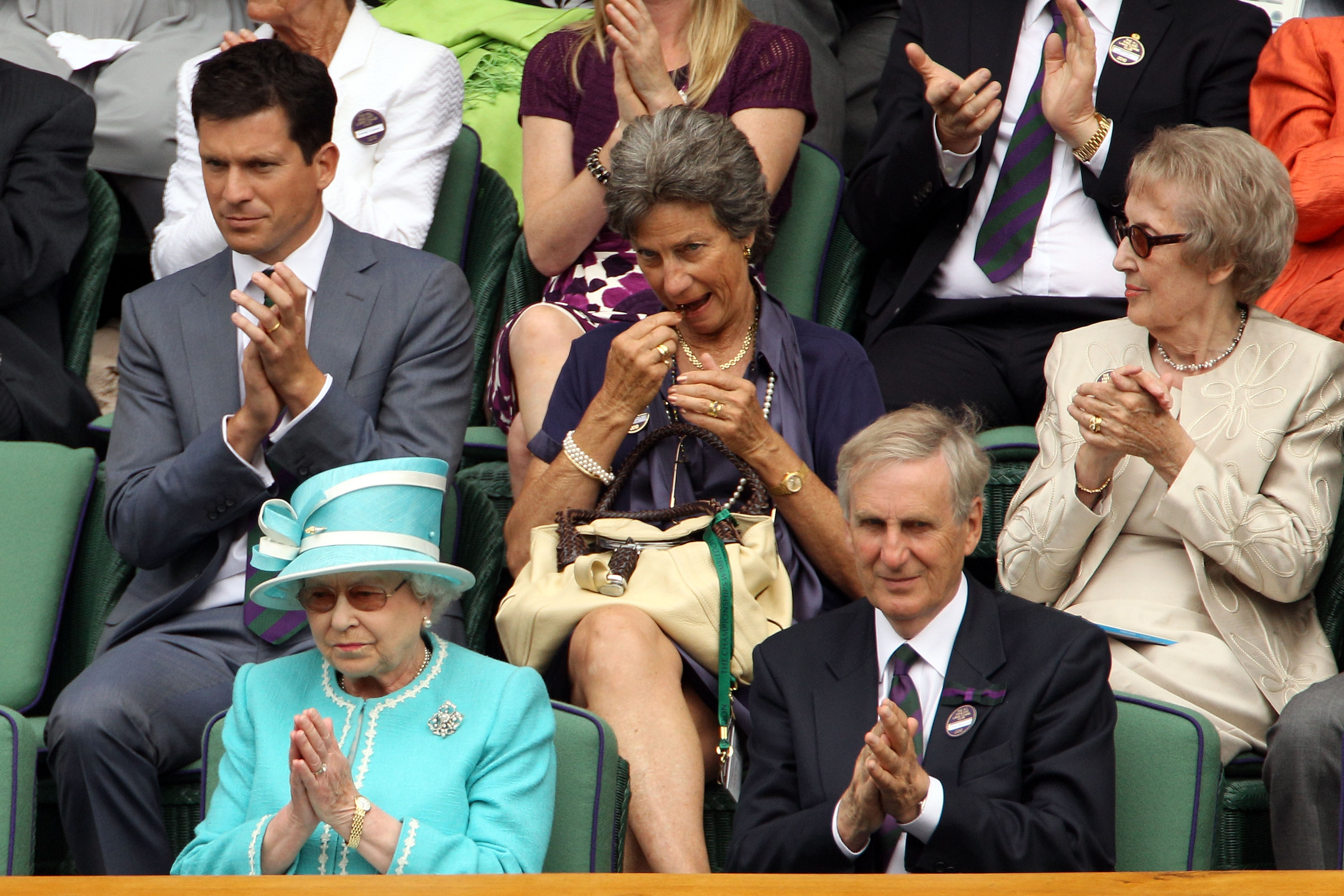 Whether it is the Queen of England, Kirsten Dunst or Dakota Fanning, if you go to a Wimbledon match, there is a good chance you are going to see someone famous.

Famous tennis players such as Tim Henman, Pete Sampras and Jimmy Connors can be seen at the tournament as well.

The stands are littered with people to watch as much as the courts are. One of the reasons why the tournament is so special to so many people. 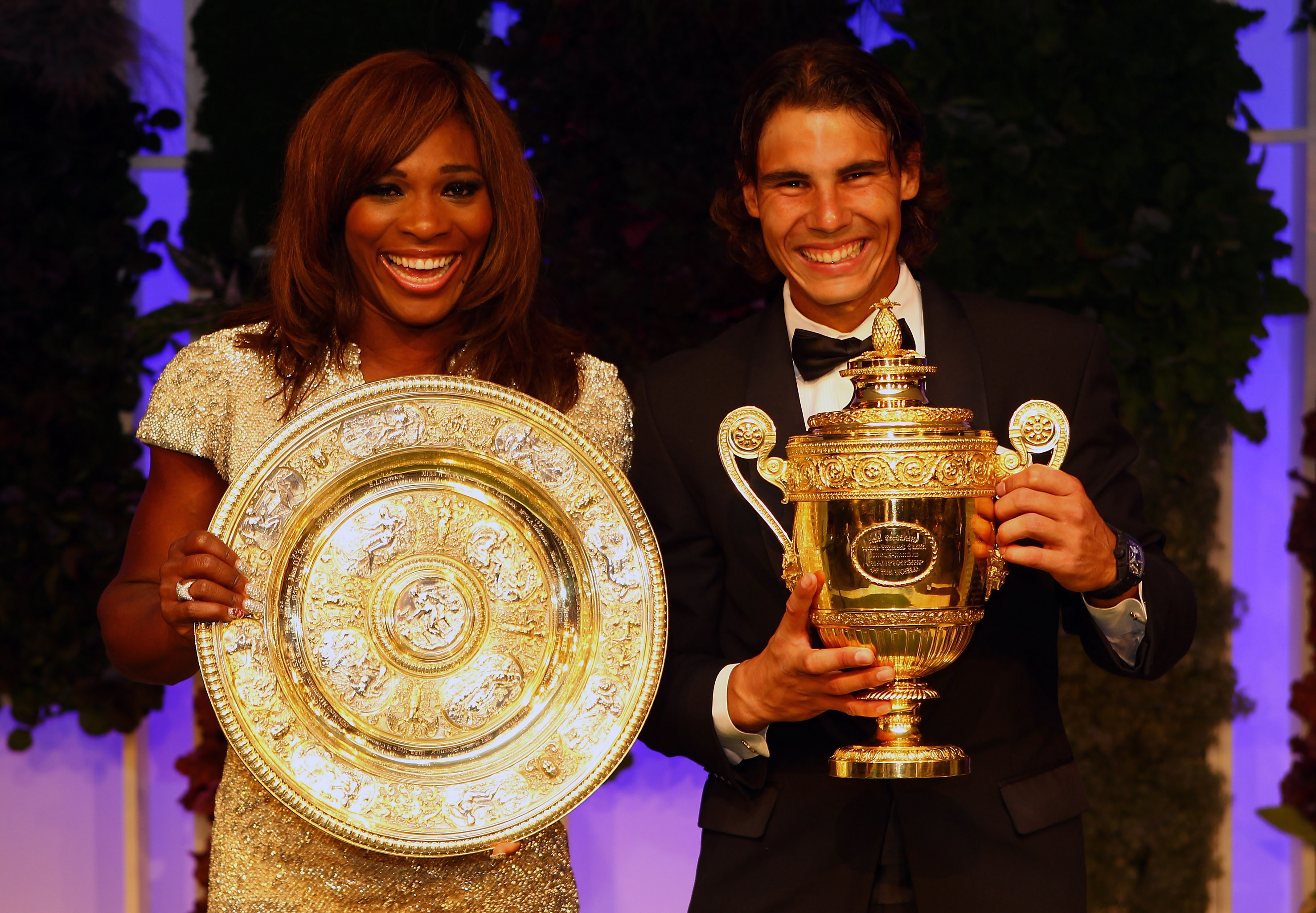 The French Open and Australian Open trophies are nothing to scoff at, but they both seem too bulky. The U.S. Open trophy seems to bland. Yet, the golden shine of the Wimbledon award for men's singles is a prize to behold.

There is also the engraving that is written into the cup. It says, ""All England Lawn Tennis Club Single Handed Championship of the World," which is an honor many players would dream of achieving.

The Venus Rosewater Dish is the only major trophy that is not a cup. With embroidered mythological figures it represents Great Britian in all of its glory and is a prize heavily sought after. 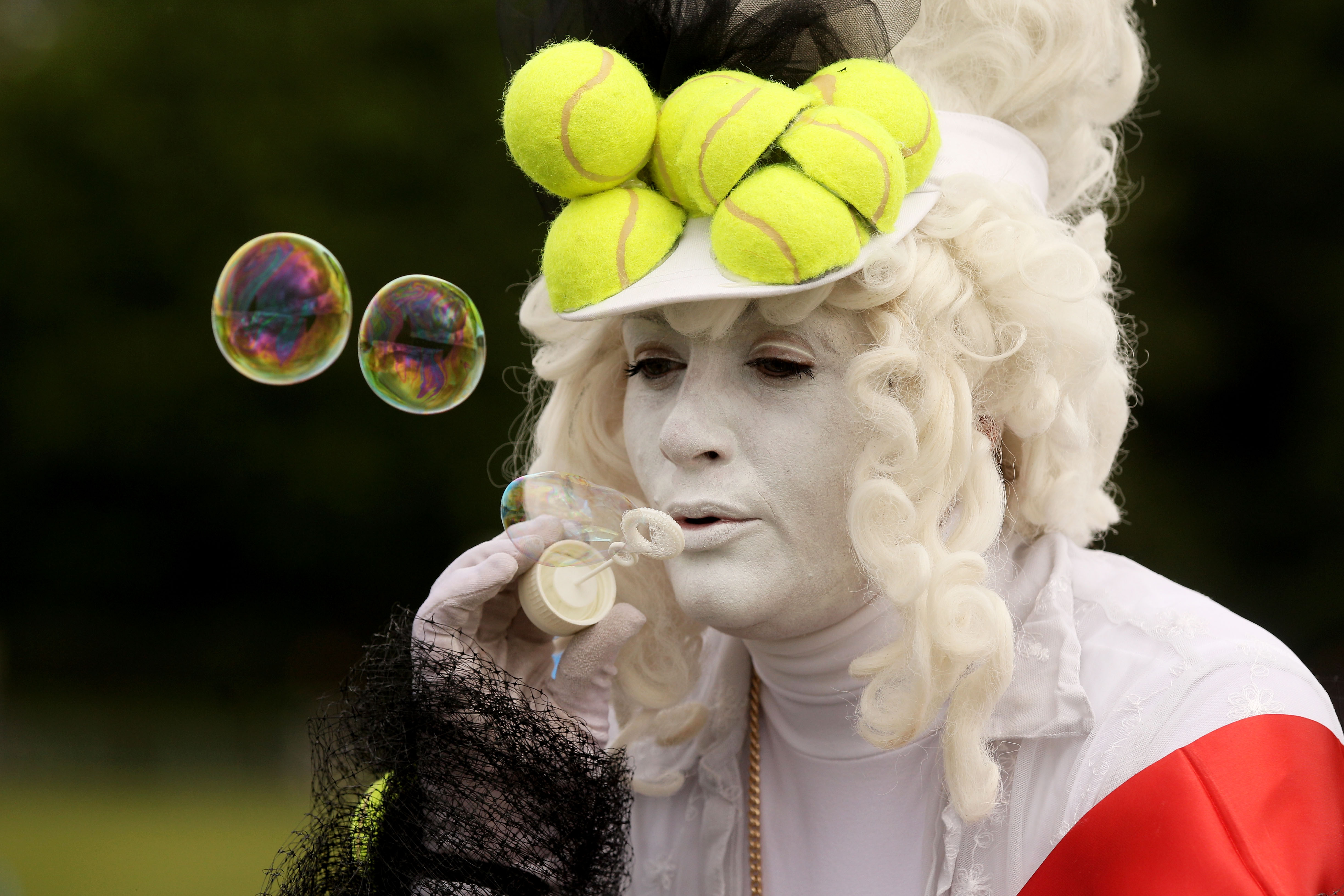 To say the fans at Wimbleton are diehard is an understatement

These people love their tennis. For people to sit on a hill and watch a match on a big screen outside of a stadium is pretty dedicated. If you continue to do it in the rain, there might be something wrong with you.

While Great Britian has many past times, it seems that Wilmbledon becomes a sort of celebration for a country starved for a champion.

The fans remain respectful though, which is an achievemant other sports can't even fathom. There are no bottles thrown onto the court or fights in the stands, just tennis and those who watch it. This really speaks to how much respect Wimbledon has garnered. 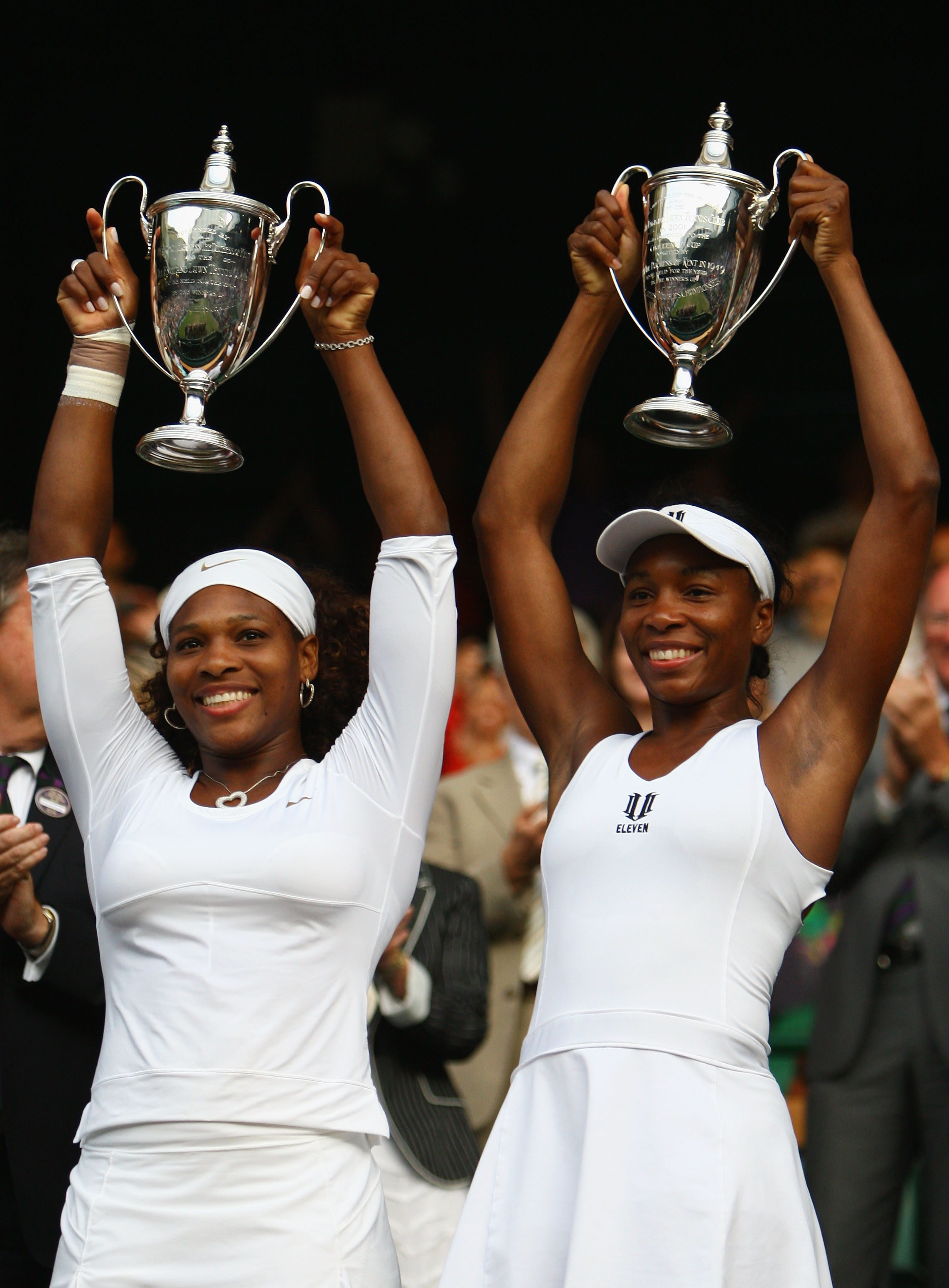 The Williams sisters may not like it, but single colored garmets have been an extreme success over the tournament's tenure.

The docil tones provide that every tennis player enter in at the same level. Then it is the skill that will get the players noticed, not the outfit. The whole tournament is focused on tennis not the clothes the players are wearing.

It brings a refreshing change to a sports world that has been overun by fashion, a level of respect for the history involved. 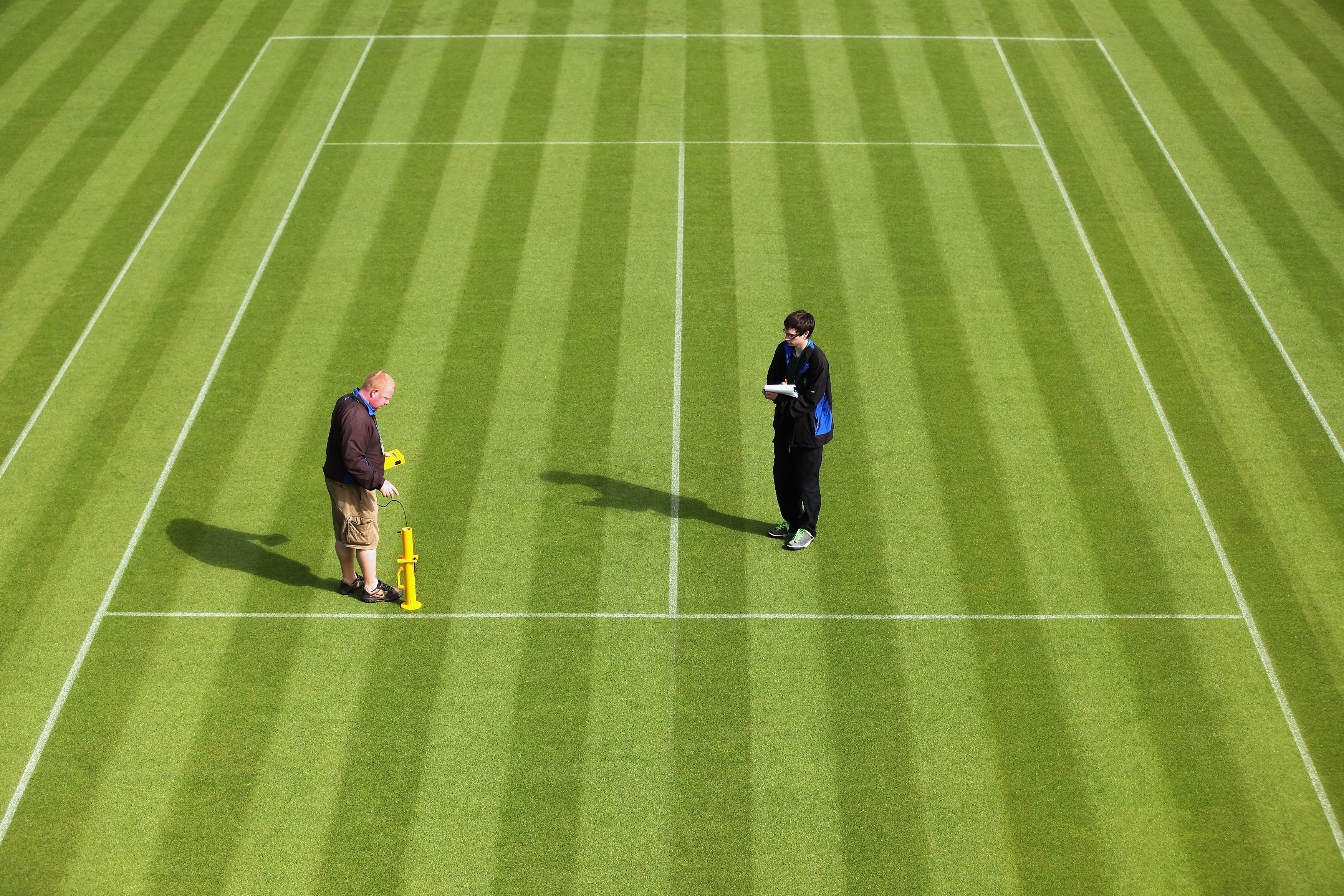 Sports should be played on grass, especially tennis.

As the only major left that plays the sport on its original surface, Wimbledon prides itself on the tradition the championship carries. Also the surface plays to all players.

Wimbledon grass plays well for the power serves who blast forehand after forehand to win sets, it matches well with the finesse shots artistically crafted by the most skillful players, and it matches whatever kind  of play Roger Federer feels like playing at the time.

Thats how Andy Roddick, a power server, and Rafael Nadal, a spins player who mostly plays from the baseline, were able to make the finals in 2009 and 2010 respectively. It also allows form uspets as an unseeded player doesn't get tired as easily on a light grass court. 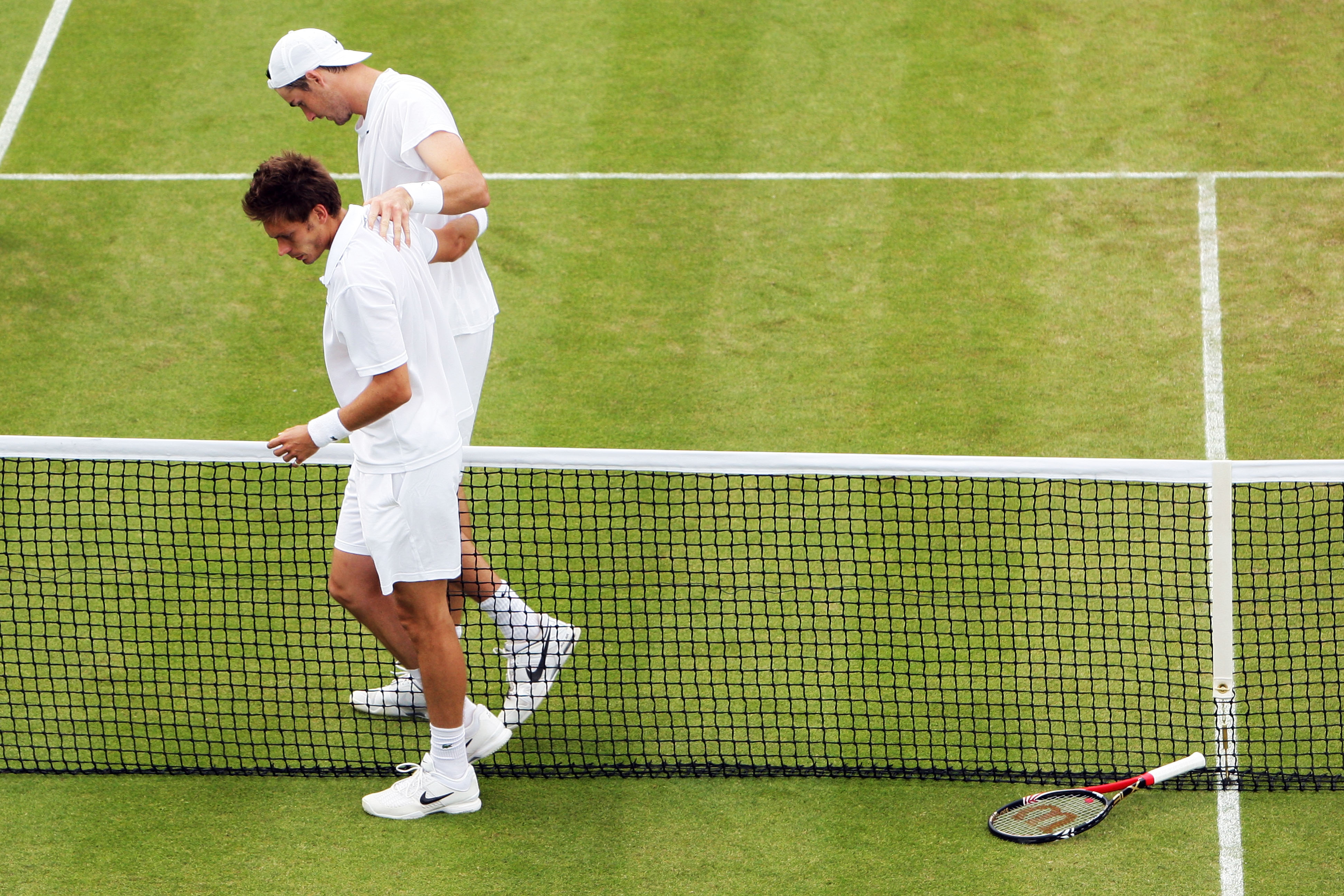 While both the Australian Open and French Open have the same rule, they don't use it as much as Wimbledon.

The scorching heat during the Australian Open, which sometimes reaches 150 degrees, makes even the fittest of players weary. The hard clay which slides easily makes the knees wobble of any underdog challenger.

However, the grass courts in sunny England make for a smashing show when players are pushed their furthest.

The 16-14 score in the fifth set of the 2009 final between Andy Roddick and Roger Federer set up a moment a tie never could. In the wake of winning of Federer winning his 15th major, breaking Pete Sampras' all-time record, Roddick turned to Sampras in the royal box and said, "Sorry Pete, I tried to hold him off."

That moment combined with John Isner hugging Nicolas Mahut after their marathon match in 2011, made tennis real again. It showed the emotion of desperation little seen in today's athletes, the breaking point when the player is completely running on fumes. That's what made those matches great. Not because they were so long but because the players were trying as hard as they could to win just another point.

1: The History and Tradition 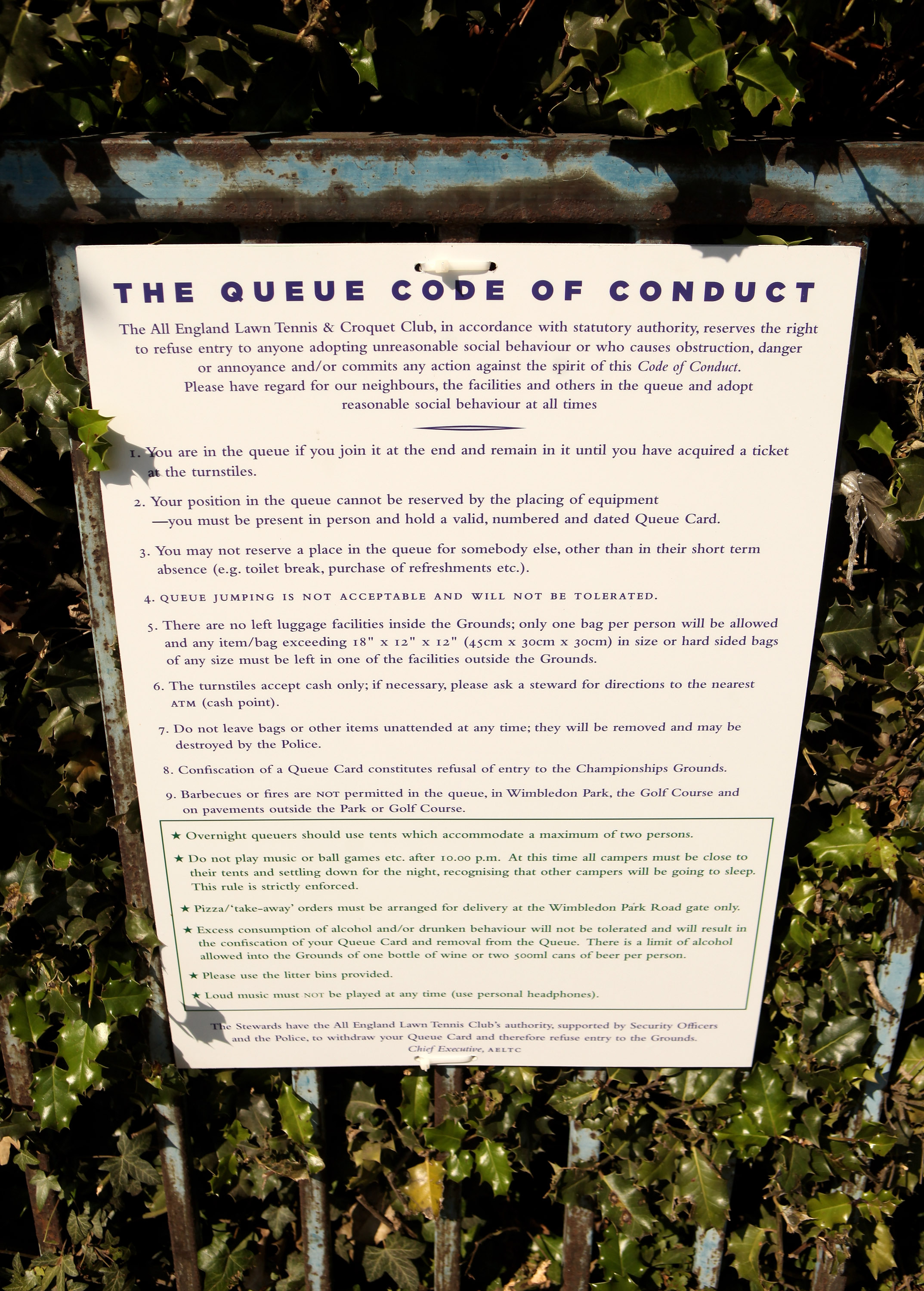 The embroidered towels are awesome.

As are the strawberries and creme. With "Henman Hill" becoming "Murray Mound," the removable roof being put over Center Court and other courts being moved around and replaced, one would think wimbledon has lost some of it majesty.

Yet it still holds firm to its prestige.

The challenges undergone to become a ball boy or girl, the fans wondering who the "Graveyard of Champions" will take next and the dark green and purple remaining a symbol for tennis around the world, still make the All English Club the place to be for the sports most avid followers.