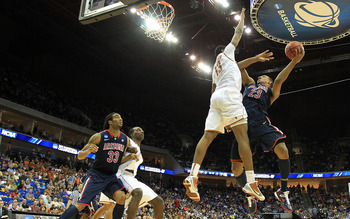 The old and tired cliche of "defense wins championships" has been supported well throughout the 2011 NBA Playoffs.

In the NBA, particularly in the playoffs, quality defensive big men are a crucial element to success.

With the upcoming draft just two weeks away, many teams are looking for a prospect that can anchor their defense for years to come.

Here are the nine best interior defenders in the draft class of 2011. 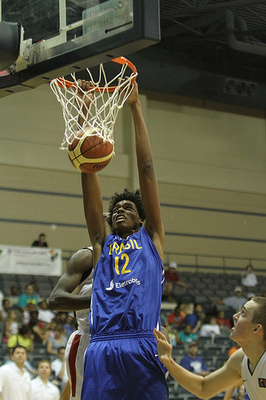 Analysis: The two things that immediately stand out about Nogueira is his lack of strength and his enormous wingspan.

He is incredibly skinny, but so are most 18-year-olds when they enter the draft. He will certainly need to add some weight in order to play center, but I doubt that will be much of a problem.

His length, aggression on the glass, and excellent shot blocking have had scouts raving for several months.

Nogueira impressed at the FIBA Americas U-18 Championship by registering 27 blocked shots in just five games.

Draft Range: Nogueira will be either a late first round or early second round pick. Boston is an option at 25, although that may be a bit of a reach.

San Antonio at 29 and Cleveland at 32 are definite possibilities. 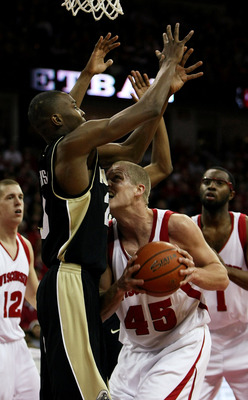 He'll need to add a little muscle, but he'll still be able to contribute on the defensive end right away.

Draft Range: Like Nogueira, Johnson is on the bubble of the first round. Boston at 25 and New Jersey at 27 should both give Johnson serious consideration. 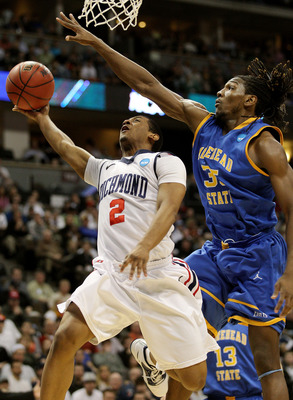 Analysis: Faried was the best rebounder in college basketball, averaging 14.5 boards per game his senior year.

He is also a great leaper with a relentless motor. Like Johnson, he blocked 2.3 shots per game last season.

Faried will need to improve his strength, and is a bit undersized at power forward. But given his work ethic, timing, and tenacity, I don't see these as being major issues on the defensive end.

Draft Range: Washington is an option at 18, as is Charlotte at 19. It is VERY unlikely that he slips past Portland at 21. 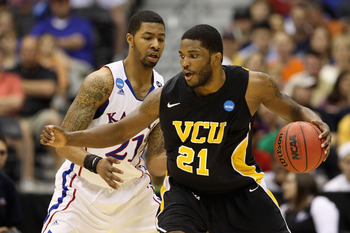 Analysis: Although not as polished offensively as his twin brother Marcus, Markieff is a superior defender and rebounder.

His height was a bit of a question heading into the Chicago pre-draft combine, but his decent measurements put those concerns to rest.

Morris uses his muscular frame and impeccable defensive positioning to irritate longer opponents. He also averaged 8.3 rebounds in just over 24 minutes per game his senior season.

Draft Range: Morris will be able to contribute immediately and will likely fall in the 15-20 range. Philadelphia at 16 would be a great fit. 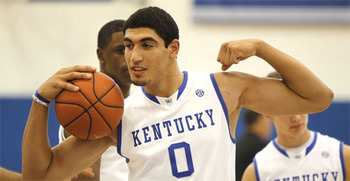 Analysis: I'm a little wary of putting Kanter on this list, simply because we have seen so little of him. The only actual game most NBA scouts have seen him in was the Nike Hoops Summit, where he was a dominant force.

But based on his workouts with various teams, and his performance at the Chicago pre-draft combine, all indications are that Kanter has the potential to be a great defender.

He is a tough, physical player who loves to bang in the post. He's not an exceptional athlete, but he makes up for it with great timing, instincts, and strength.

Draft Range: Kanter will be a high lottery pick, with the most likely options being Cleveland at No. 4 or Washington at No. 6. However, he could go second or third if either Minnesota or Utah can be persuaded into a trade. 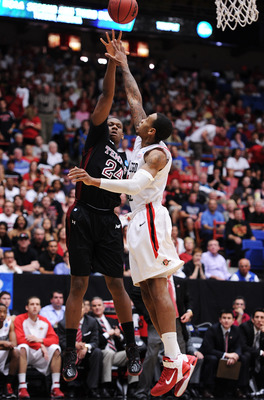 Analysis: Thomas is an exceptional athlete with great length and lateral quickness. He averaged 8.1 rebounds and 2.0 blocks per game last season.

Like many of the prospects, Thomas will certainly have to add some weight to avoid being pushed around in the pros. But he'll be able to use his length and athleticism to challenge and block shots on a consistent basis.

Draft Range: Due to his incredibly raw offensive game, Thomas likely won't get picked until about the middle of the second round. But whoever snatches him up will find themselves a quality defender. 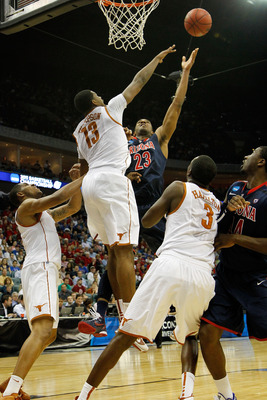 Analysis: Thompson is a long, athletic power forward with great defensive instincts. Last season he was the Big 12 Freshman of the Year and earned a spot on the Big 12 All-Defensive team. He averaged 7.8 points and 2.4 blocks per game.

He is slightly undersized at power forward, but not extremely so. He should be able to make up for his lack of height with his enormous wingspan and great leaping ability.

Draft Range: Multiple teams covet Thompson and he will likely go in the 7-13 range. Charlotte at No. 9 is a possibility, but I expect him to go to either Milwaukee at 10 or Golden State at 11. 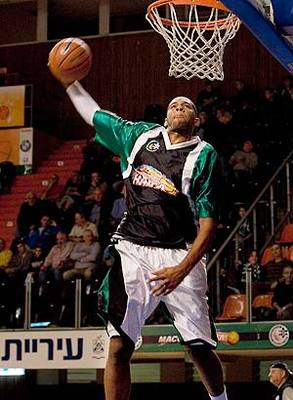 Analysis: Tyler's decision to skip his senior season of high school to play overseas was heavily criticized, and he encountered serious problems during his journey. However, he certainly still has a future in the NBA after blowing away scouts at Chicago pre-draft combine.

Tyler's sheer size and athleticism was enough to get him serious looks. But what really impressed scouts was his dominant defense against the other top prospects in one-on-one drills.

Tyler obviously has the physical tools to play center in the NBA. After his performance in Chicago, it appears he has the instincts as well.

Draft Range: While it seemed highly unlikely as recently as a year ago, Tyler has climbed his way back into the first round. Boston at 25 and San Antonio at 29 would both be great fits. If Tyler lands with the right coaching staff, he could be a defensive beast in the mold of Tyson Chandler. 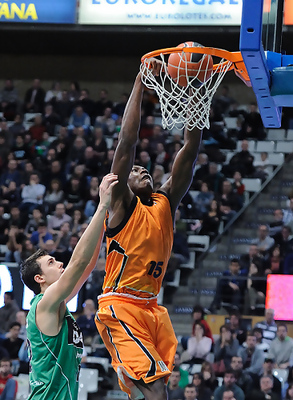 Analysis: The man with the draft's best name also has the most defensive potential. Biyombo is a physical specimen who burst onto the scene by blocking an absurd 10 shots against team USA at the Nike Hoops Summit in April.

Biyombo plays in the Spanish league ACB, and is the league leader in blocked shots despite playing limited minutes.

He is a freak athlete with the wingspan of a pterodactyl. And to go along with his unique physical gifts, he plays with a pleasingly nasty chip on his shoulder, similar to Joakim Noah or Kevin Garnett.

He is very raw offensively, but Biyombo will be a beast on the defensive end the second he steps foot on an NBA court.

Draft Range: Biyombo could go anywhere in the 8-14 range. Charlotte, Milwaukee, Golden State, Phoenix, and Houston are all in the market for a defensive big man and he won't slip past the Rockets if he falls to them at 14.