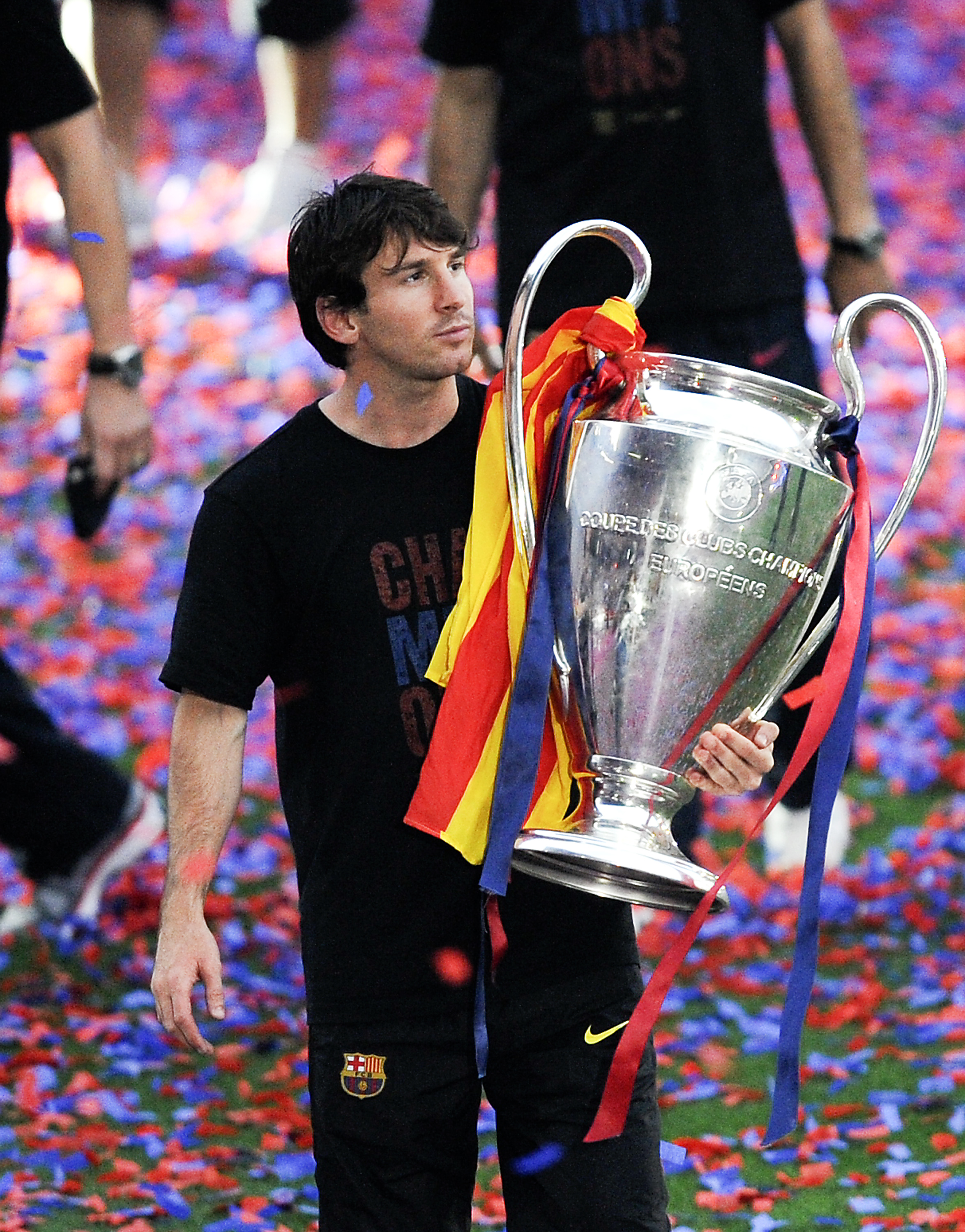 With Barcelona potentially having the greatest team ever to play club soccer, that makes them unquestionably the best team in the world at this very moment.

However the best player in the world may not be so easy to decipher...well at least that's what you would think!

Here is a list of the best 20 soccer players in the world. 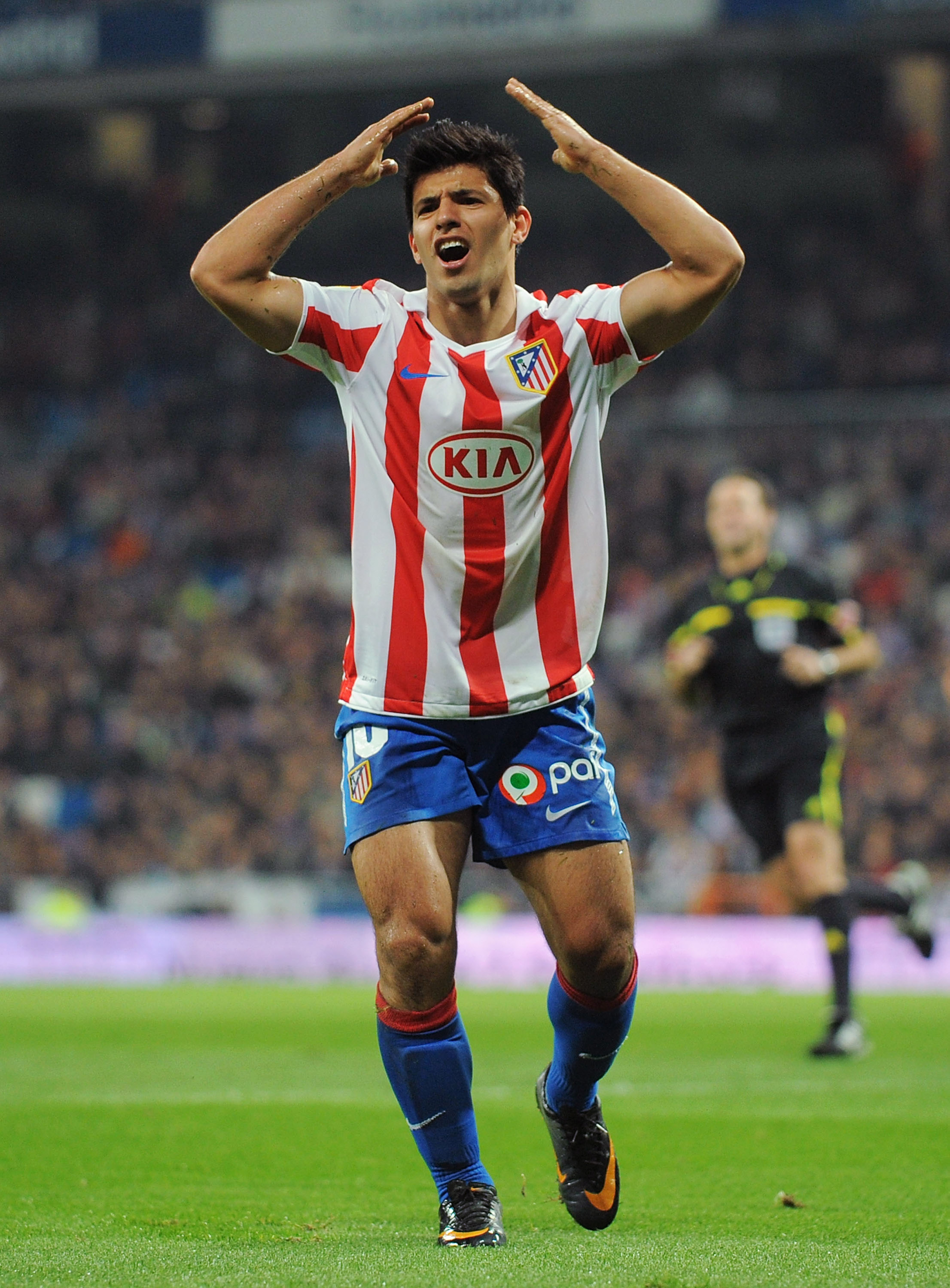 Aguero is only 23 years of age and has a wealth of experience already. His stocky frame will allow him to leave Spain to play in England should he choose to. Aguero will succeed no matter where he goes because of his overall quality. He is not a striker who shies away from receiving the ball with his back to goal or leading the line. He can do it all and the results are simply magnificent. 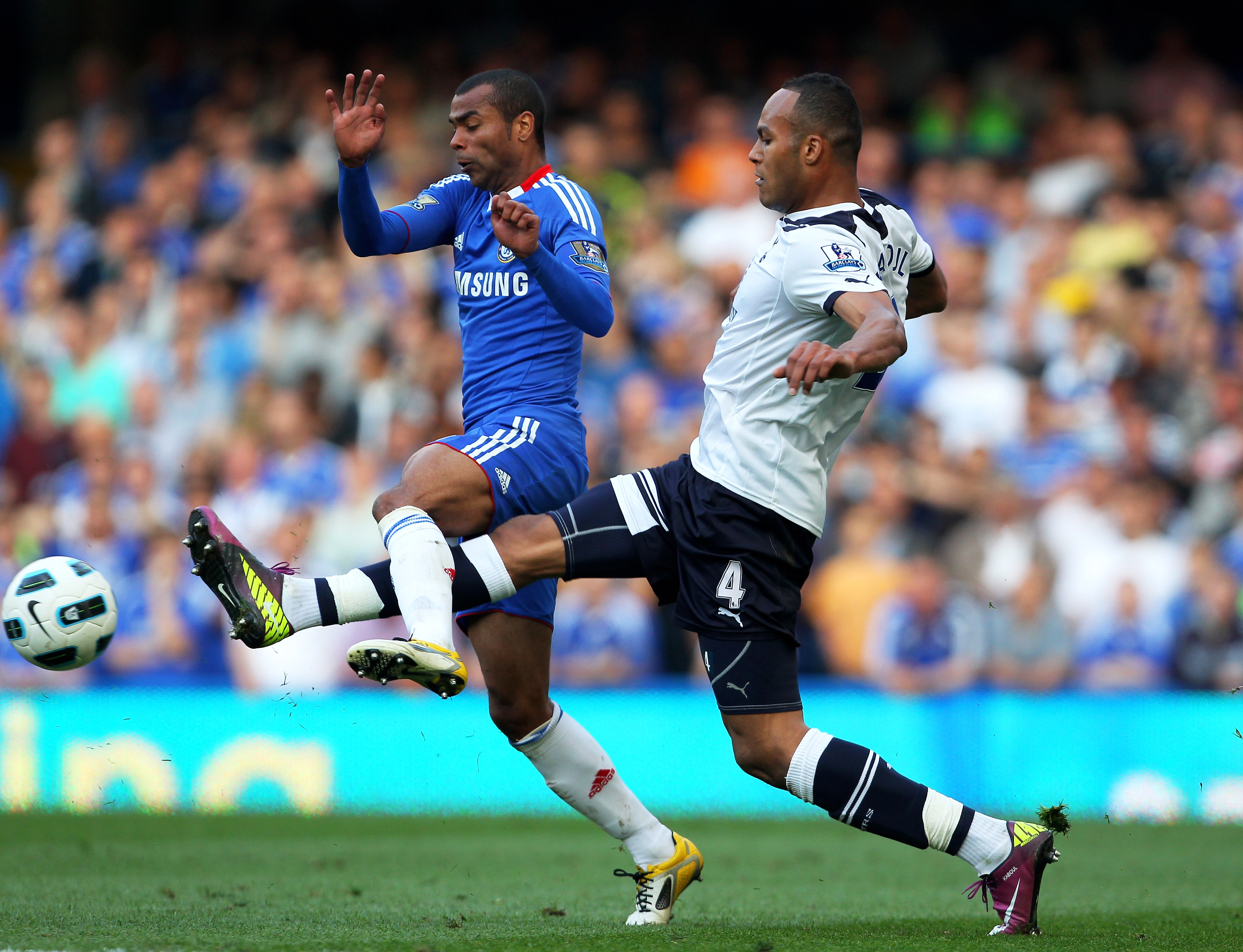 Cole can decide the debate that often sparks between Manchester United fans and anyone that will listen.

Patrice Evra may be a very good left back, but Ashley Cole is simply the best. His defensive and attacking qualities are symmetrically world class, while his work rate and determination is never in question.

He may not be the smartest off the field, but Cole is certainly the best left back in the world. 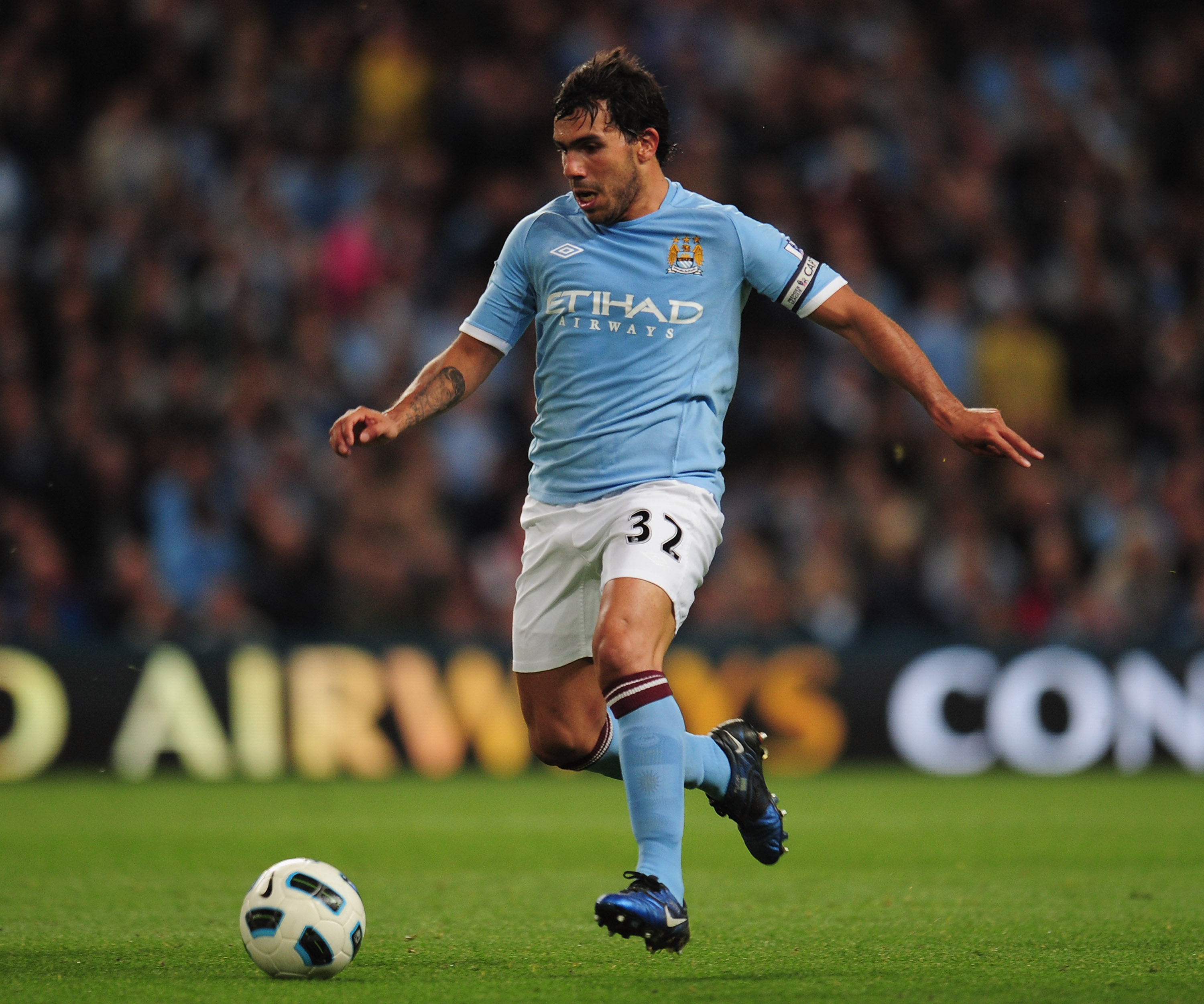 Carlos Tevez finds his way into the 18th spot on this list despite the turmoil that surrounds his current club status.

He may be struggling off the field but has had no problems on it as of late. Tevez has an incredible scoring record for Manchester City scoring 43 goals in 65 games which shouldn't surprise anyone who has seen him play. Tevez' constant running and hounding of defenders is a trademark of his that, when added to his unquestionable talent, makes a world class striker. 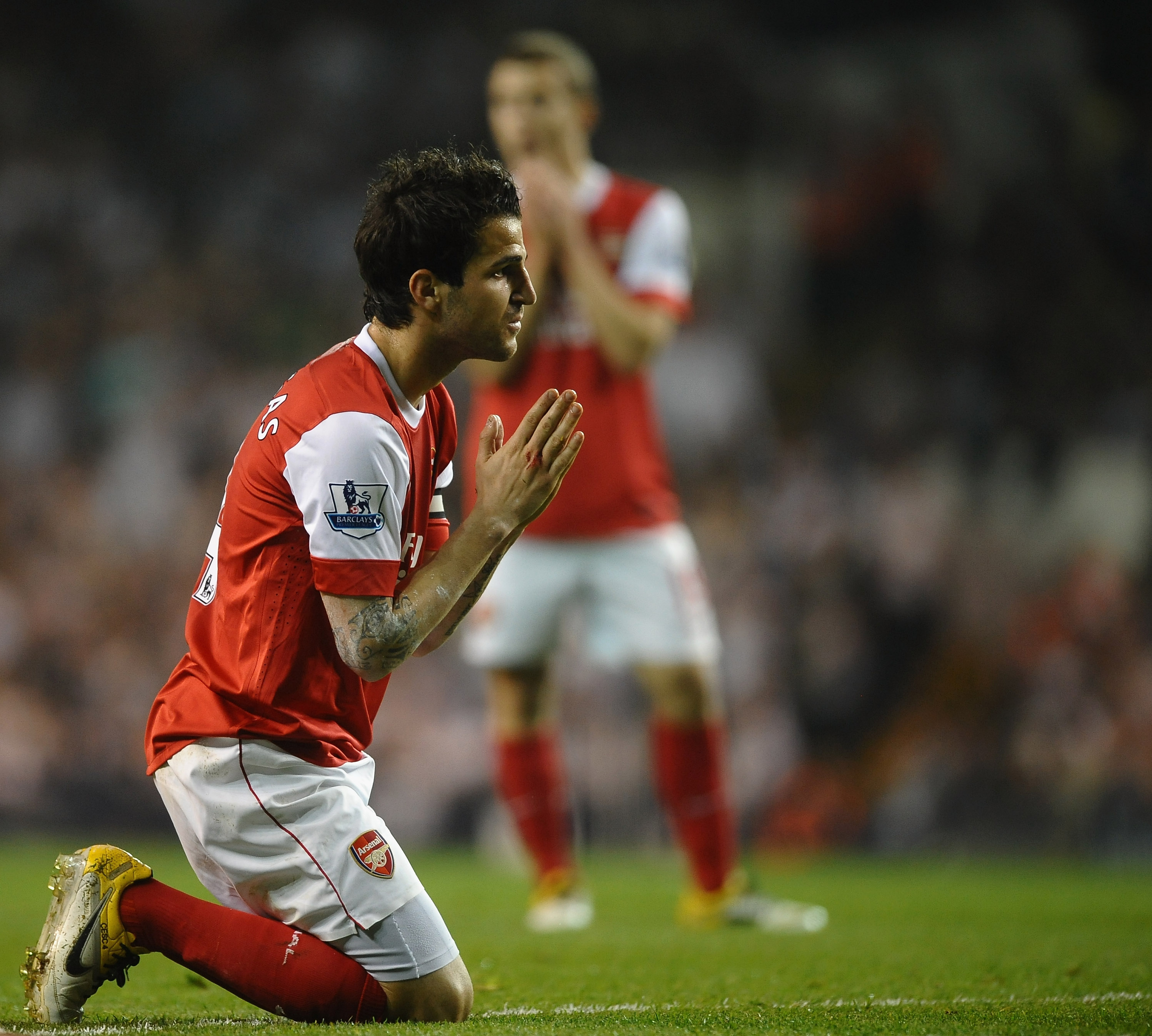 Francesc Fabregas talent is undoubted, and he is incredibly unlucky to be playing at the same time as Andrés Iniesta and Xavi.

Fabregas cannot get into the Spanish starting lineup but is a big player for them either way. Nonetheless at club level, he is vital to Arsenal so long as he remains the club's captain. Fabregas is an inspiration on the field with his tenacious play and surreal passing.

There is a reason why Barcelona want to bring him back to the Nou Camp as Xavi's eventual replacement. 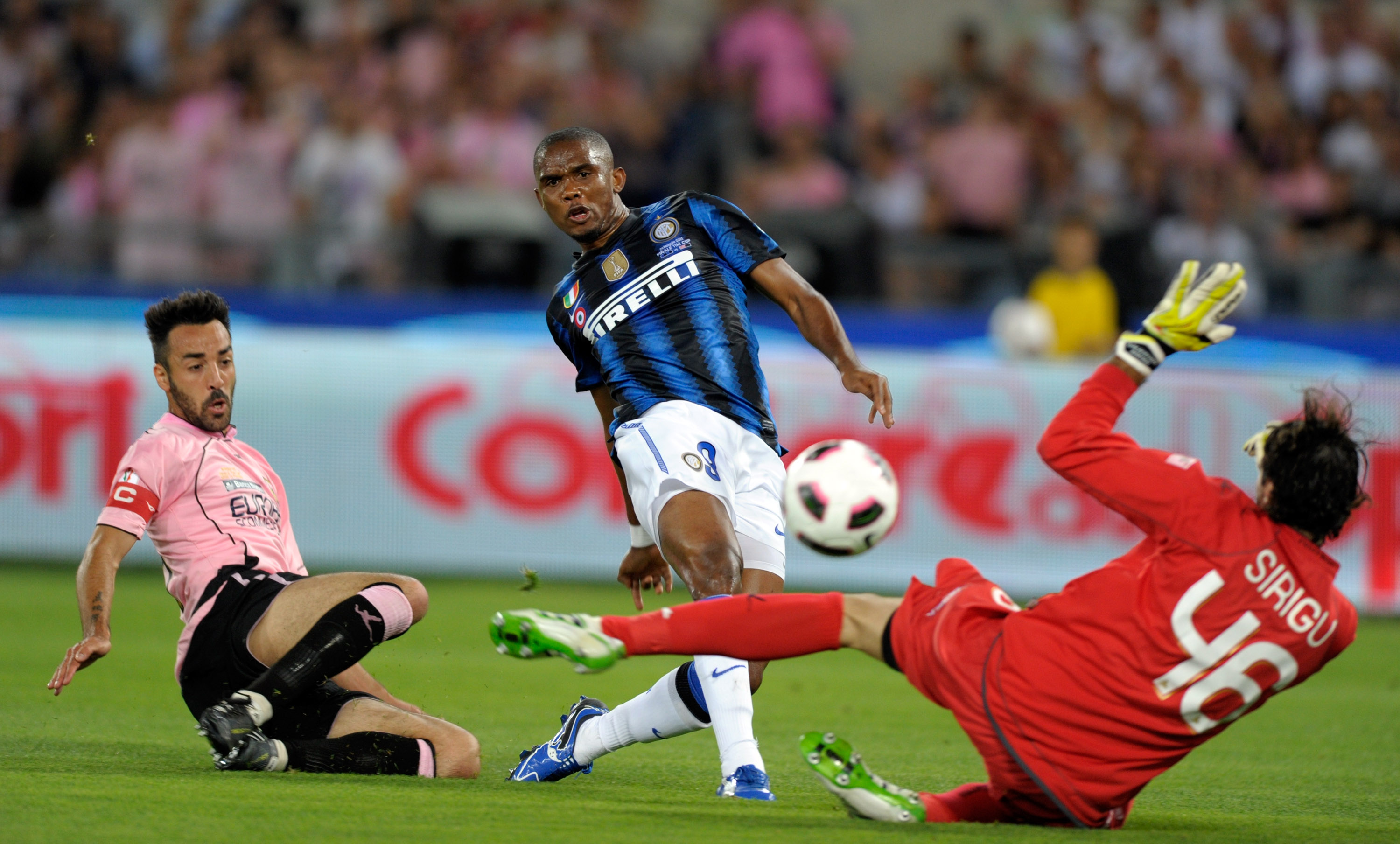 Samuel Eto'o basically only does one thing on a football field: He scores goals.

However he scores an awful lot. Eto'o has scored for every club team he has played for on a consistent basis. He shot to prominence with his clinical finishing and electrifying speed for Mallorca before being picked up by Barcelona who took advantage of his skills.

Eto'o has since moved on to Inter Milan where he has continued to star. He was brought there by José Mourinho and won't be the last Mourinho signing to appear on this list. 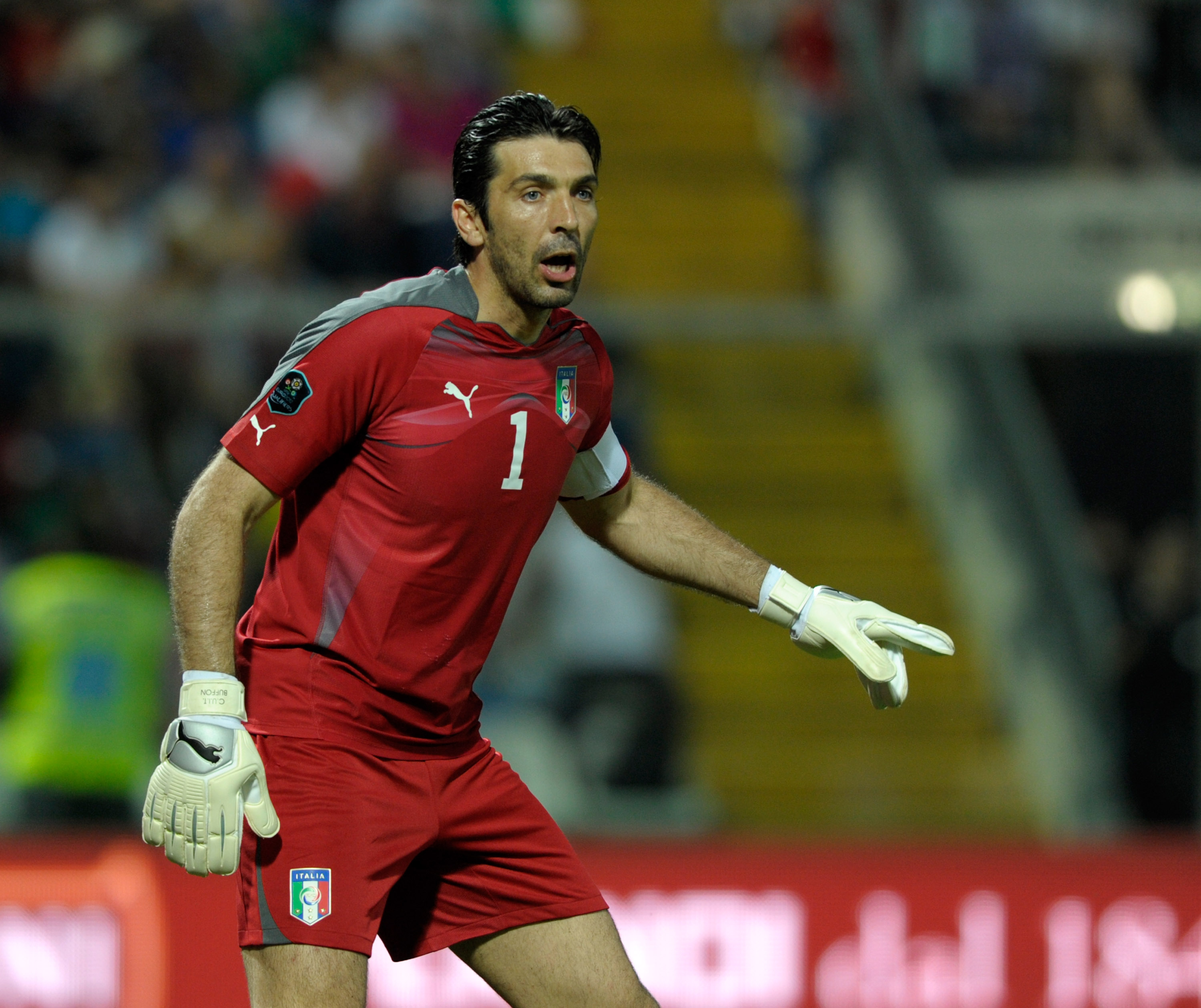 This is a simple selection. Gianluigi Buffon has been one of the best goalkeepers to ever play the game and is only second to one other goalkeeper in today's game.

Many may call for Julio Cesar to be higher on this list than him these days, but Buffon has proven himself for over a decade. He is one of the greatest goalkeepers that you will ever see play the game. 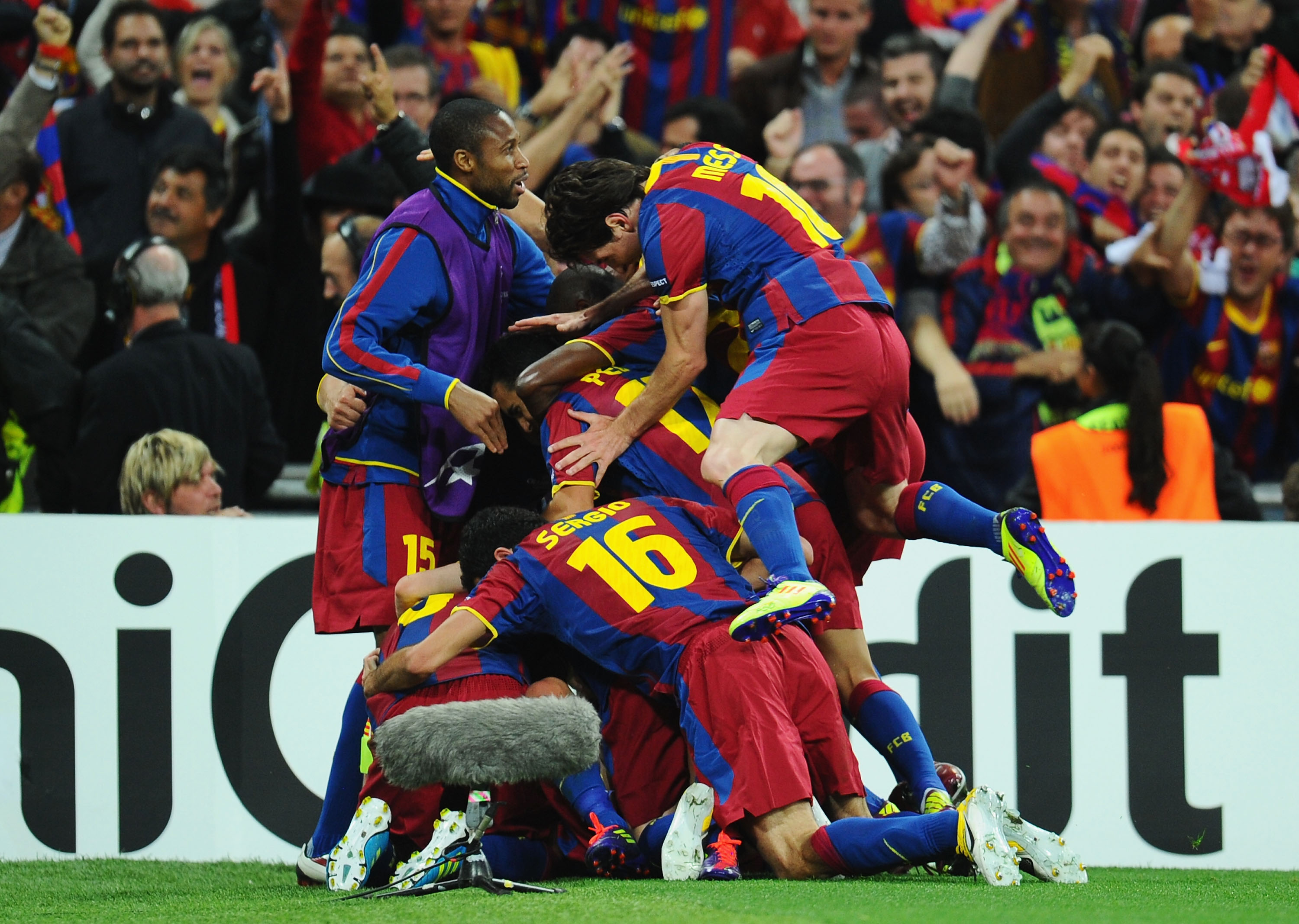 He may be lost amidst the other stars in Barcelona, but the first of the team to make this list is the team's most recent addition.

David Villa may not have set the world alight in his first season, but it culminated with an outstanding goal for his side in the Champions League final. Villa is a guaranteed goal machine. It is telling when a player scores more than one goal in every two games yet is considered to have had a bad season.

These are the standards that Villa has set himself with such a record as 46 goals in 76 international appearances. 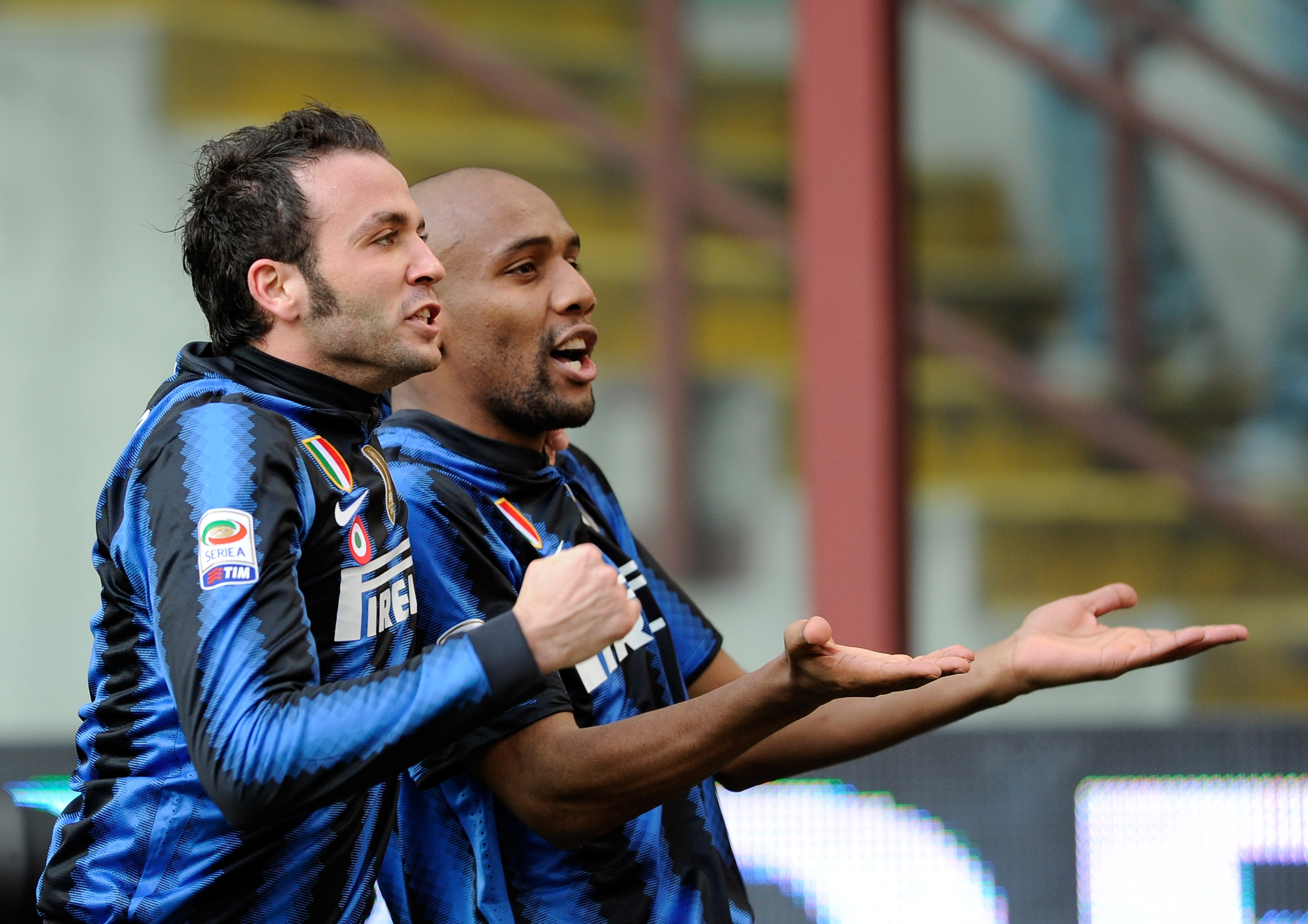 The Brazilian full back continues the historical tradition of being a defender who doesn't care as much for his own net as the oppositions.

Maicon is a typical Brazilian wingback. He has all the flair and attacking ability as players such as Roberto Carlos and Cafu before him. However what sets him apart is his defensive ability. Despite being skinned alive by Gareth Bale in the Champions League this past season, he remains the best full back in the game today. 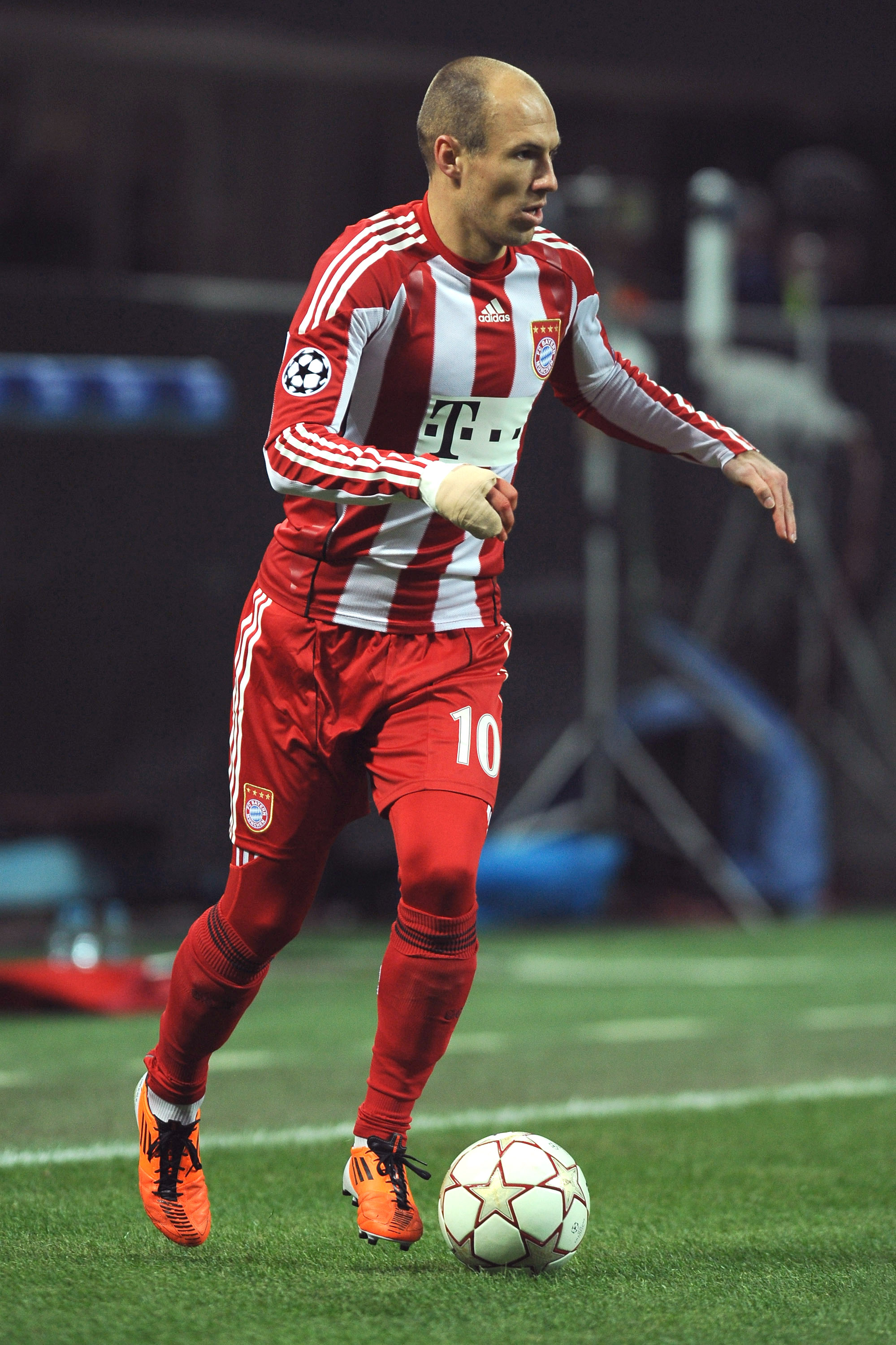 The Dutch winger who is plying his trade in Germany after spells in England and Spain has never lost his ability to cut up defenses.

After being uncovered by José Mourinho, who had just been appointed the Chelsea coach at the time, Robben starred in the Premier League when healthy. He and Damien Duff were a lethal combination on the flanks.

Robben is electrifying with the ball at his feet and has no problem beating any defender looking to stand in his way. His only problems lie with staying healthy, something that has dogged him throughout his career. 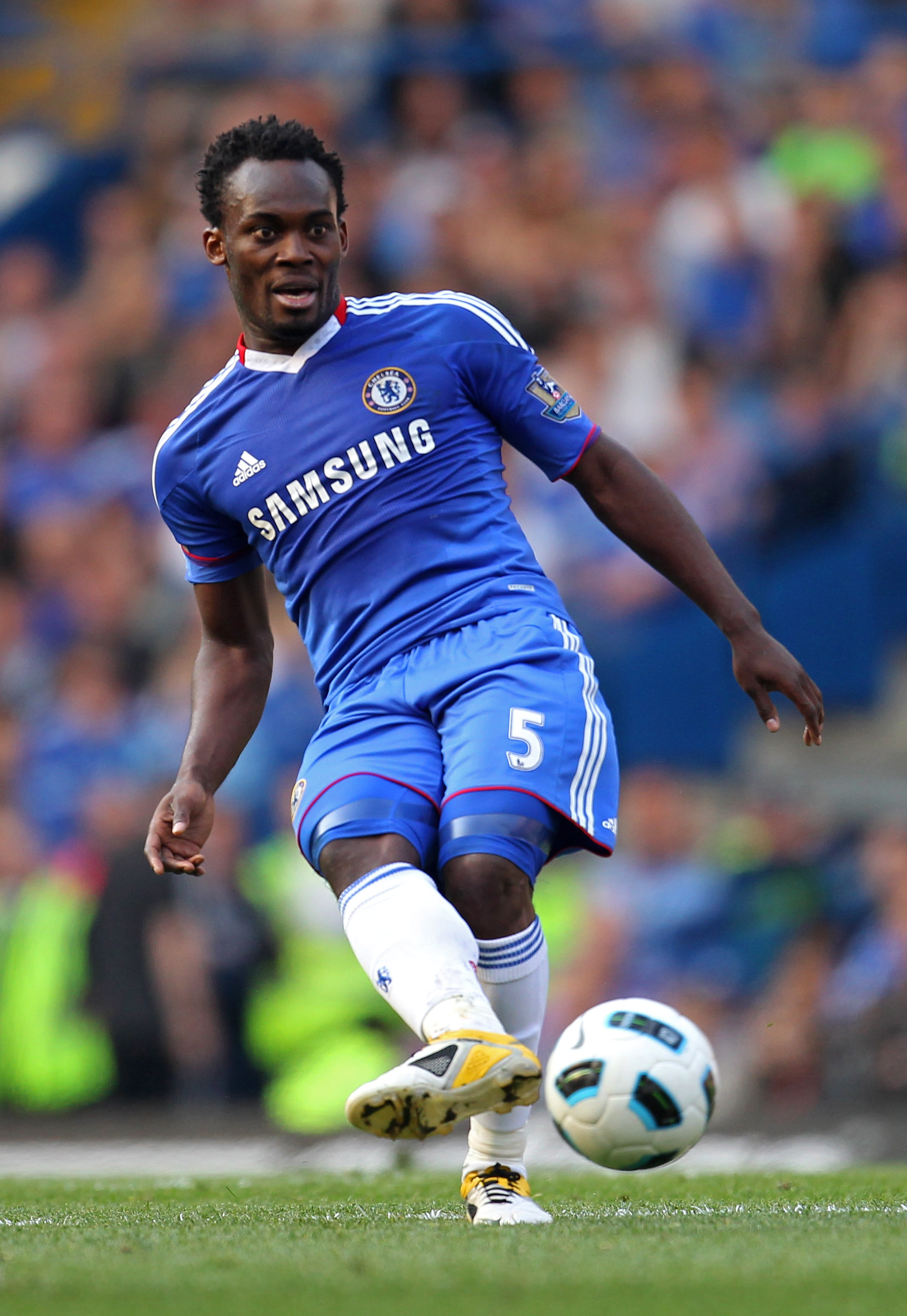 Essien had a down year last season and struggled with injuries before. However when fully fit and playing regularly, he can be the most physically dominating player in the middle of any pitch.

Essien's athleticism is overwhelming. His combination of speed and strength as well as his impressive agility for a man of his size is outstanding. It allows him to boss the midfield. Much of his struggles this past season were as a reflection of a Chelsea team that was collapsing around him.

At 28, Essien still has time to flourish under the next Chelsea regime. 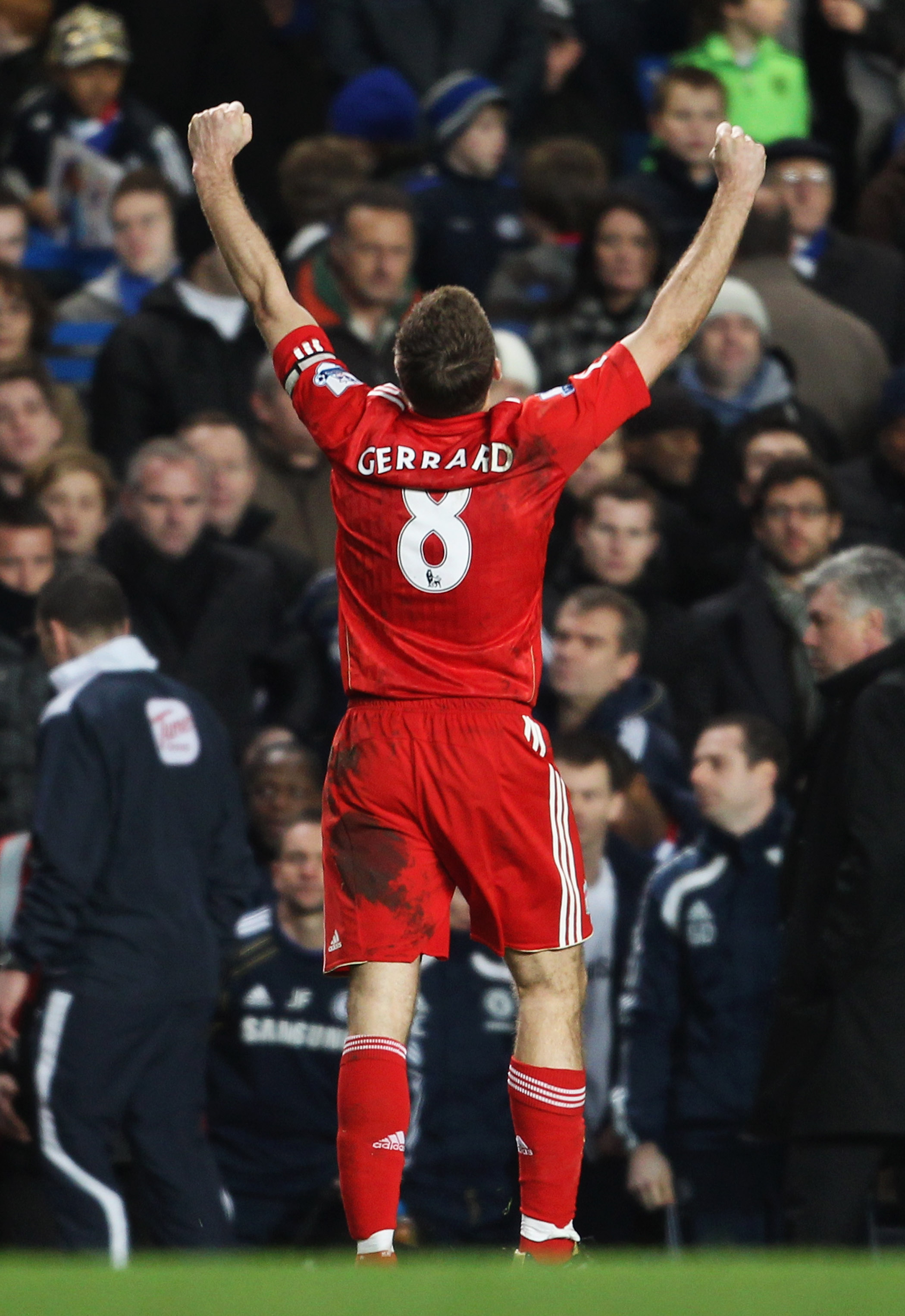 Steven Gerrard may be getting up there in age, but he is still a talismanic midfielder with an unmatched engine throughout world football.

He will probably never win a premier league title but that shouldn't blight his status as one of the greatest ever Liverpool players to play the game. His performances in big games is a notable reason why as he single-handedly won the FA Cup for the team and was a huge player for the 2005 Champions League winning side throughout the competition. 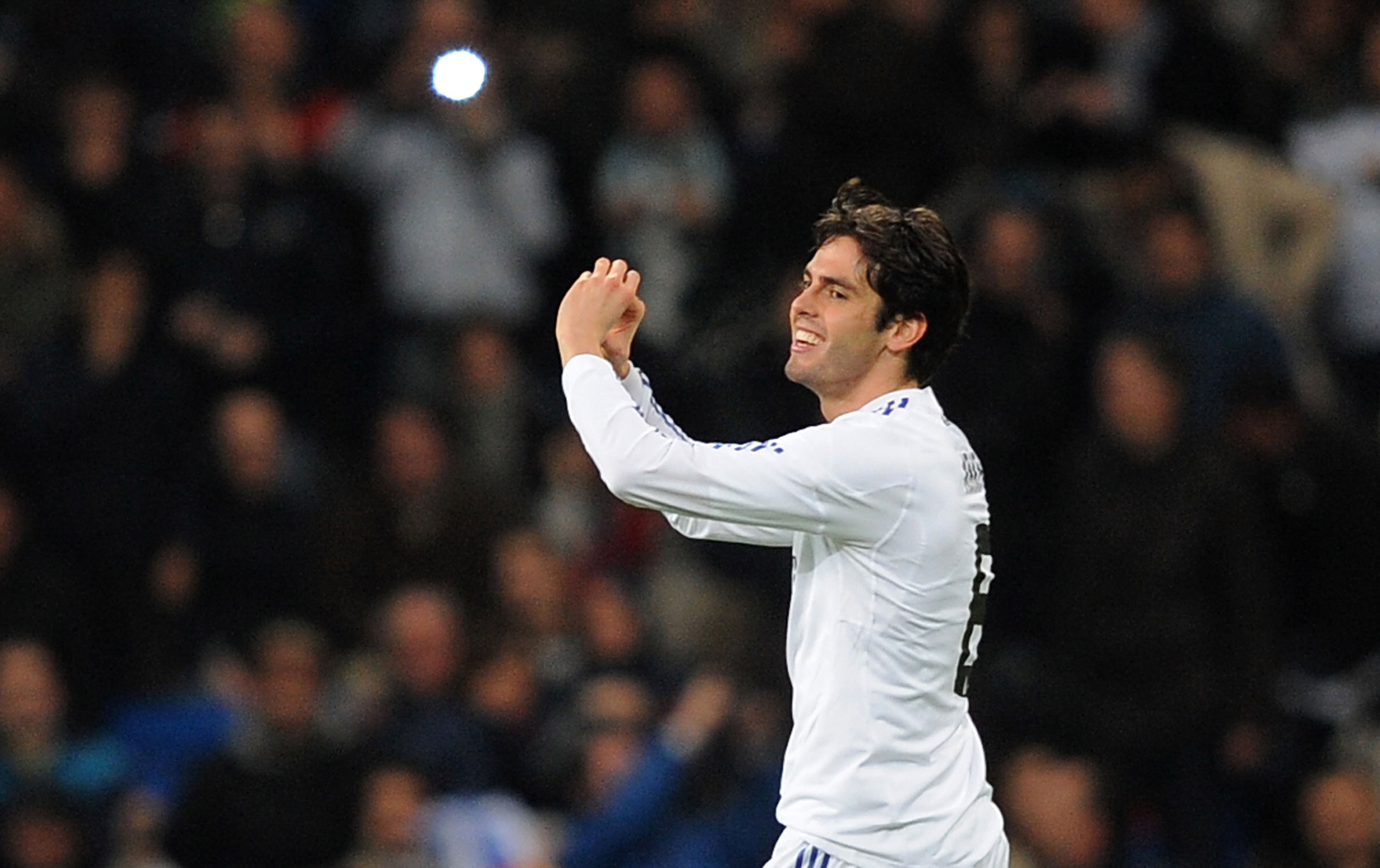 The Brazilian's ability is such that he still makes this list despite barely playing in recent times due to injury.

Kaka is a graceful player with an unorthodox body style for his position. Unlike most playmaking midfielders, he has long legs that allow him to stride away from opposing players. He can beat you in any way once he gets the ball at his feet. His vision and passing is world class while his control of the football is typically Brazilian. 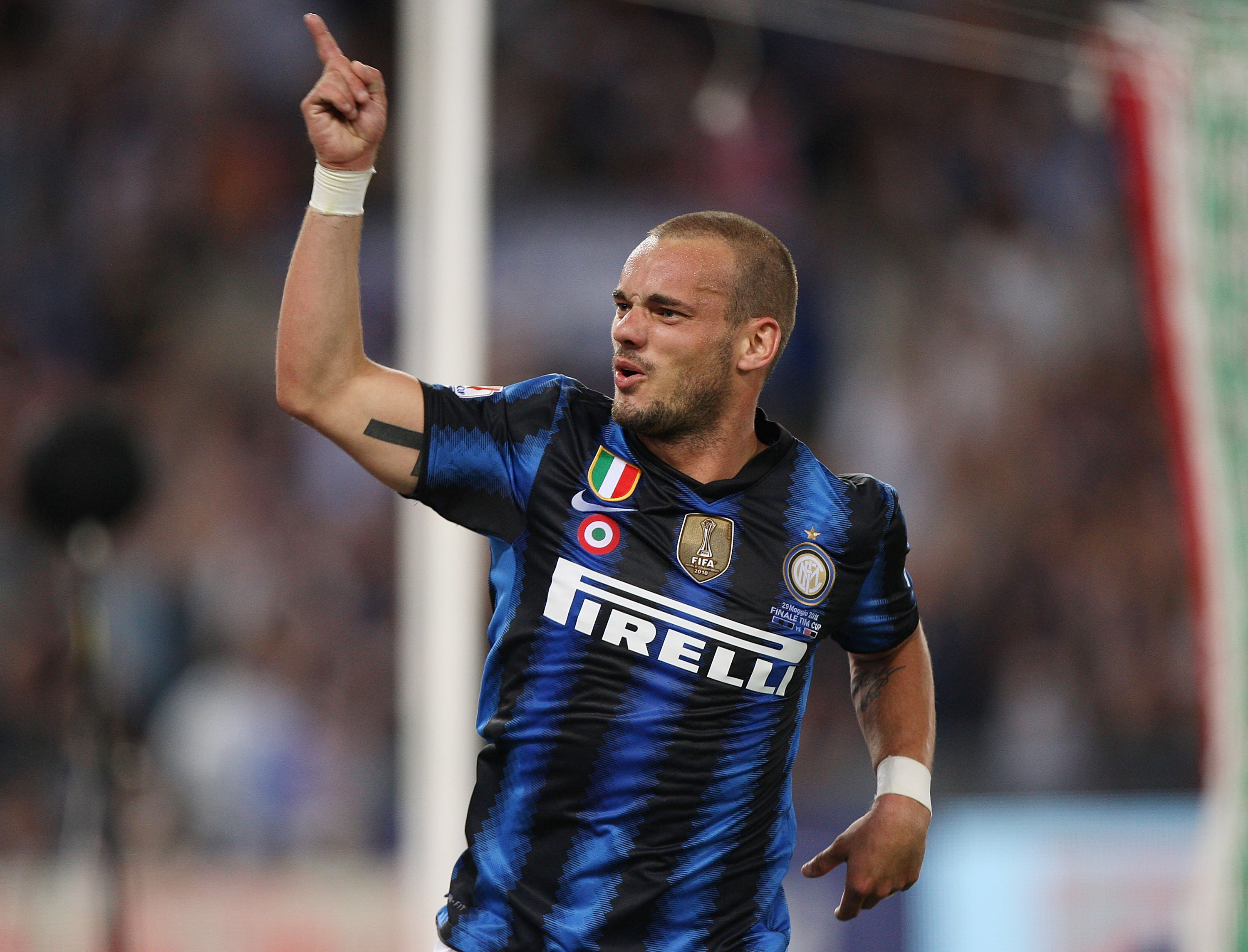 Sneijder's ability has never been in question, as the playmaker starred for Ajax for years before a brief stint in Real Madrid. He eventually blossomed in Inter Milan under José Mourinho as he led the team to the Champions League title in 2010.

Sneijder's playmaking ability gets the best out of those around him, while his vicious striking from distance always makes him a goal threat. In true total football style, the Dutch maestro undoubtedly does his best work with the ball at his feet. 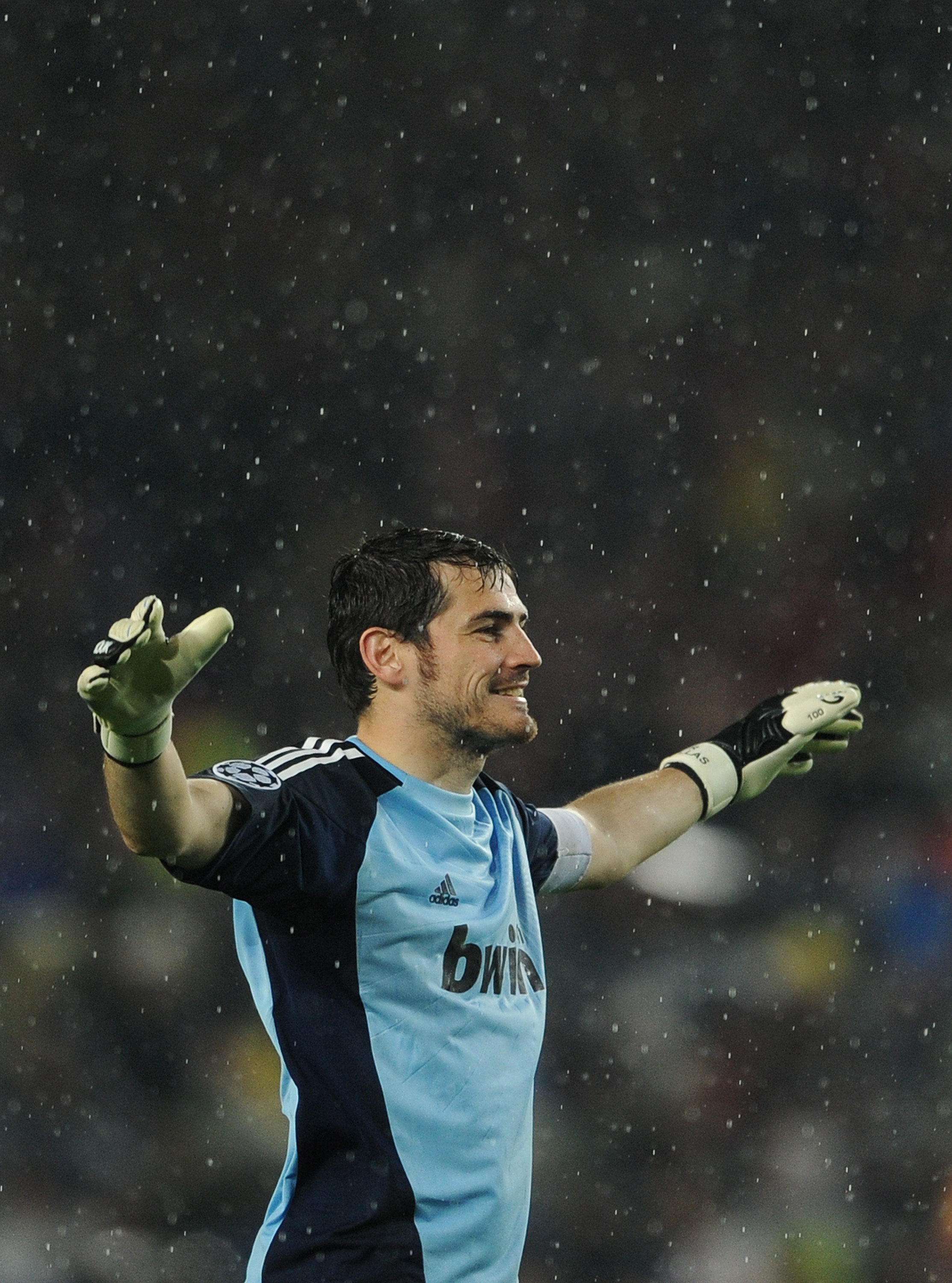 It's difficult to describe in words just how good Iker Casillas has been over the past decade or so. His consistency and leadership for the Galacticos has been and remains to this day what makes him the best goalkeeper in the world.

Incredibly he is only 30 years old too! Despite that, he has accumulated over 500 appearances for both club and country. His list of honors appears to be endless and will undoubtedly increase in the future should Barcelona's dominance of world football dwindle. 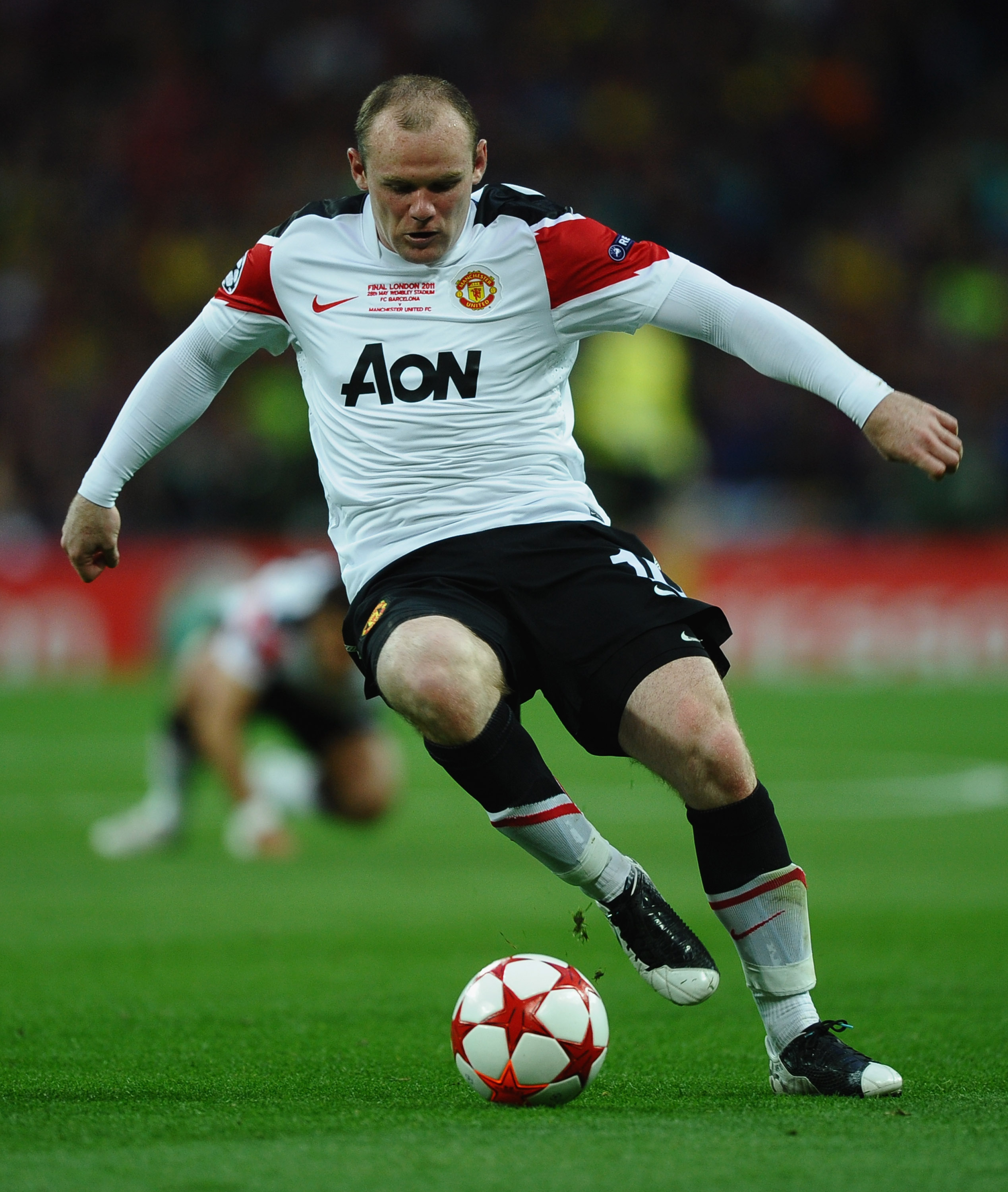 Despite a down year compared to his own standards, Wayne Rooney remains one of the most all-around forwards in the game.

Manchester United have seemingly found the perfect foil for him to play with upfront as Javier Hernandez leads the line allowing Rooney to drop off. This is a role Rooney should excel in next season as his unbelievable passing ability and link up play should allow United to play free flowing football even without the retired Paul Scholes.

Rooney's goal tally may have been down last season, but he still managed 11 goals and 11 assists in 25 games. At 25 years of age, his best years are still ahead of him. 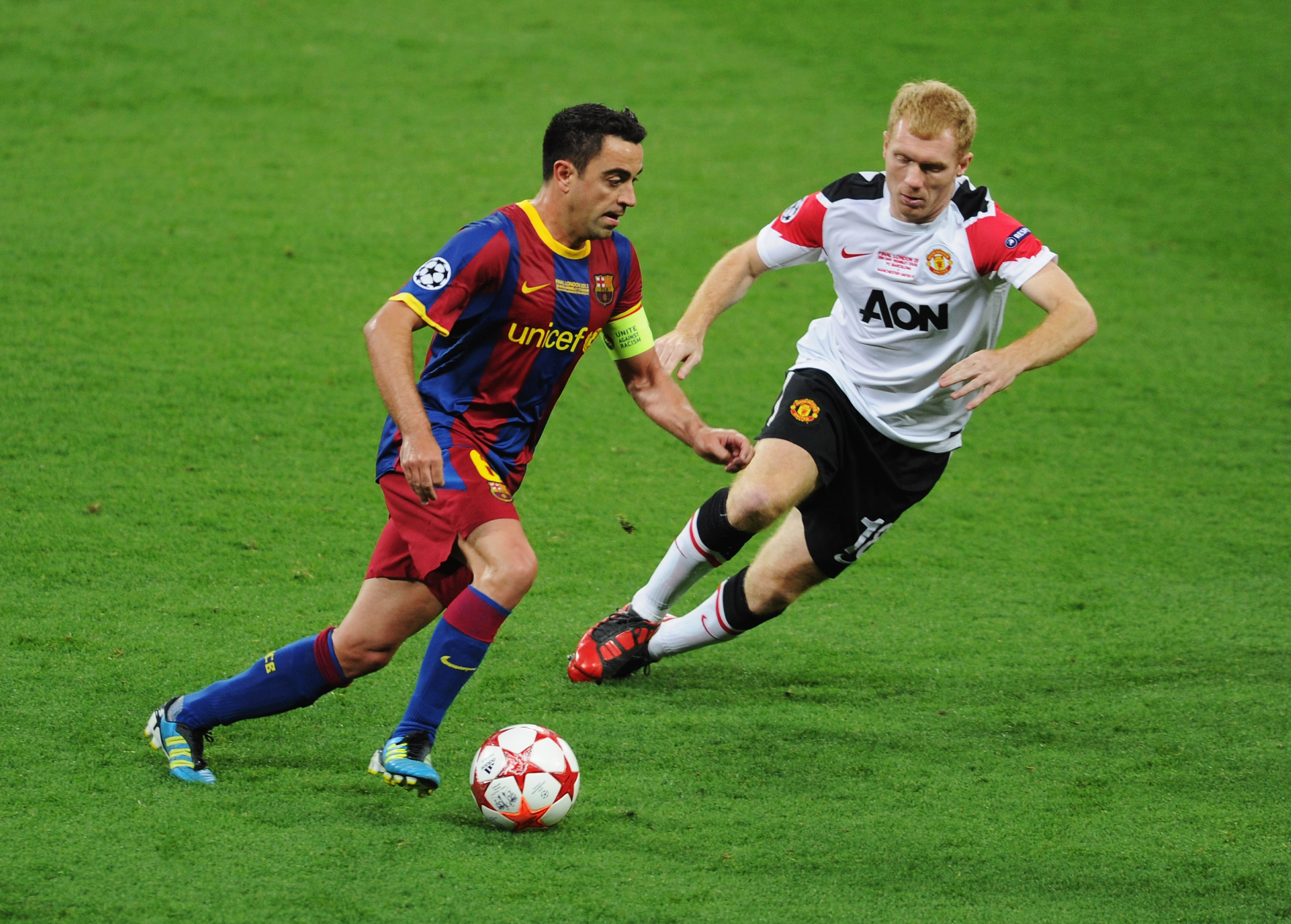 It's difficult to deny Barcelona all these players that are so highly ranked, but it's impossible to deny Xavi.

Together with Andrés Iniesta, Xavi is part of possibly the greatest midfield to ever play club football. Xavi's ability with the ball at his feet is something most professional footballers can only dream of. His ridiculously consistent pass completion percentage is as a result of his great awareness and control of the football.

Xavi is the best player in the world at controlling the tempo of a football game. 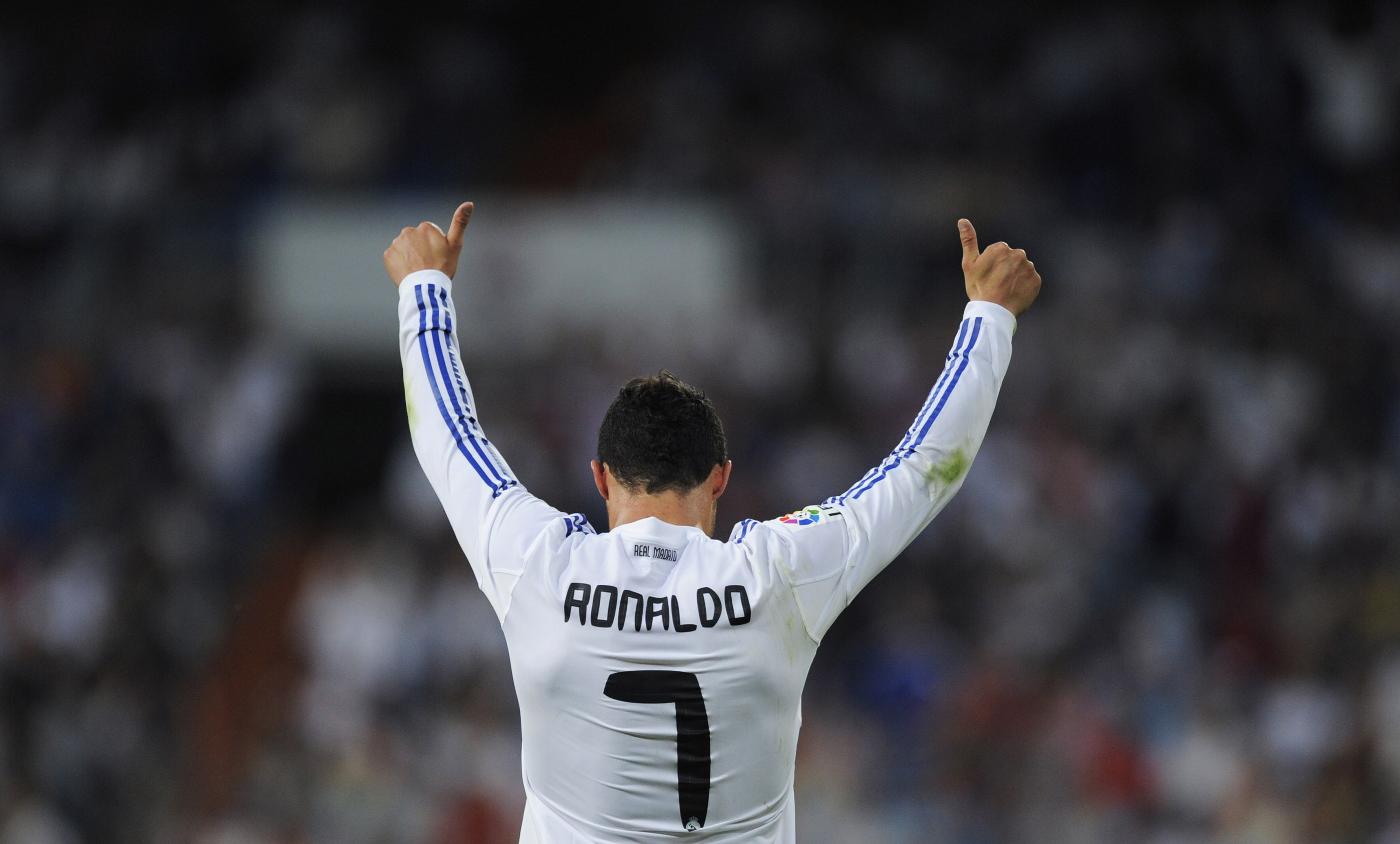 His lack of an all-around game prevents him from going higher on this list. Ronaldo is obviously unbelievably talented with outstanding speed combined with incredible feet and a vicious shot. His greatest strength may be as a headerer of the ball which makes him the ultimate individual attacker.

However, soccer is a team game and Ronaldo is greedy. His tendency to shoot when afforded the slightest chance can cost the players around him. He also does not have a great work rate without the ball.

Ronaldo remains a talented footballer, but he's not top of this list even if he is top of many others. 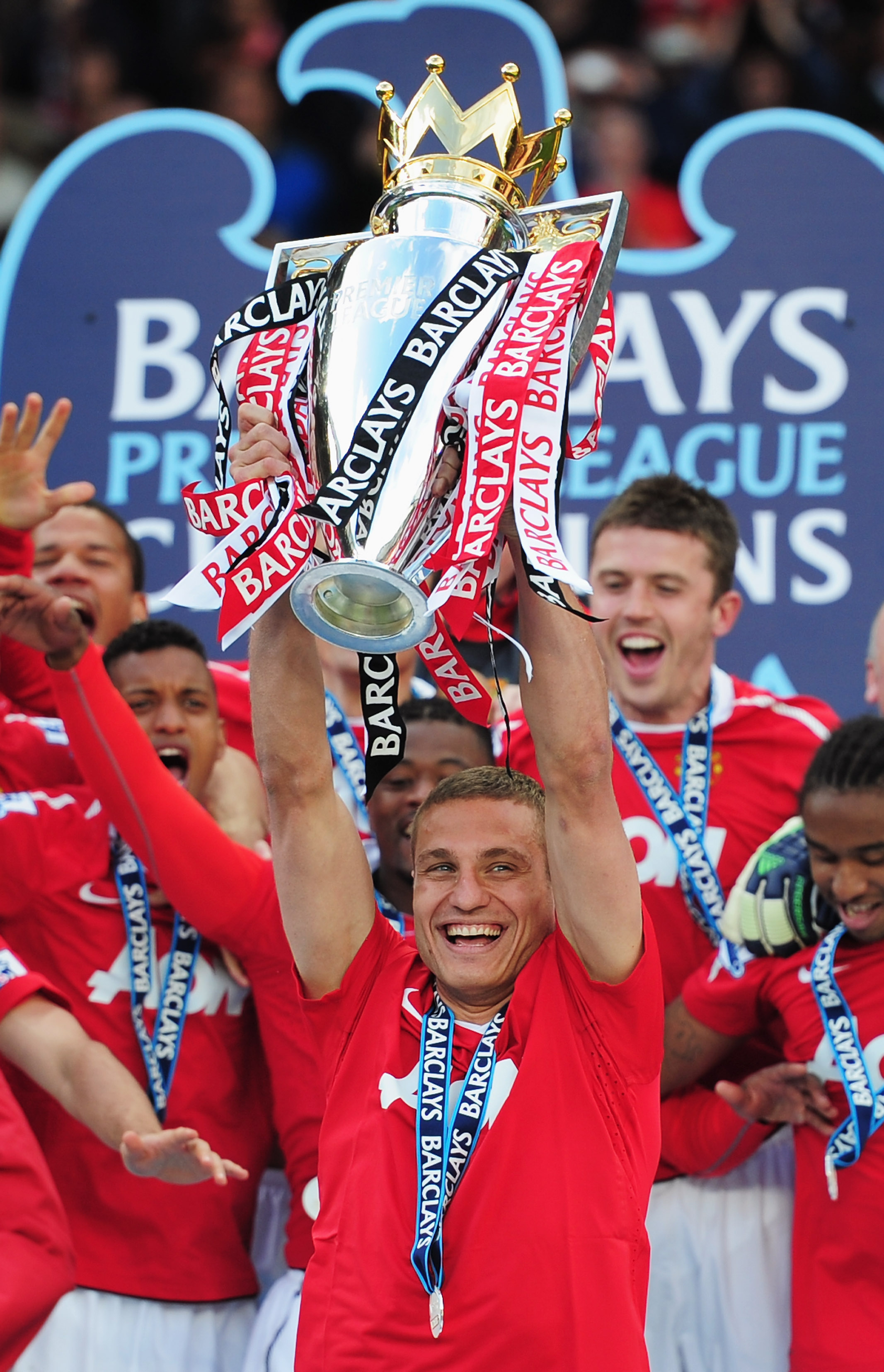 Simply the best defender in the world. Vidic can do it all. In the past he has only ever really been exposed by a fully fit and sharp Fernando Torres.

Torres is nowhere near the player he once was, and Vidic has excelled ever since then. Which is saying something considering he was world class before. A born leader, Vidic is the most important piece to Manchester United's starting lineup.

His greatest strength is in the air, which has allowed him to notch 14 goals for Manchester United during his time there, but that is only a complement to his dominant defensive displays. 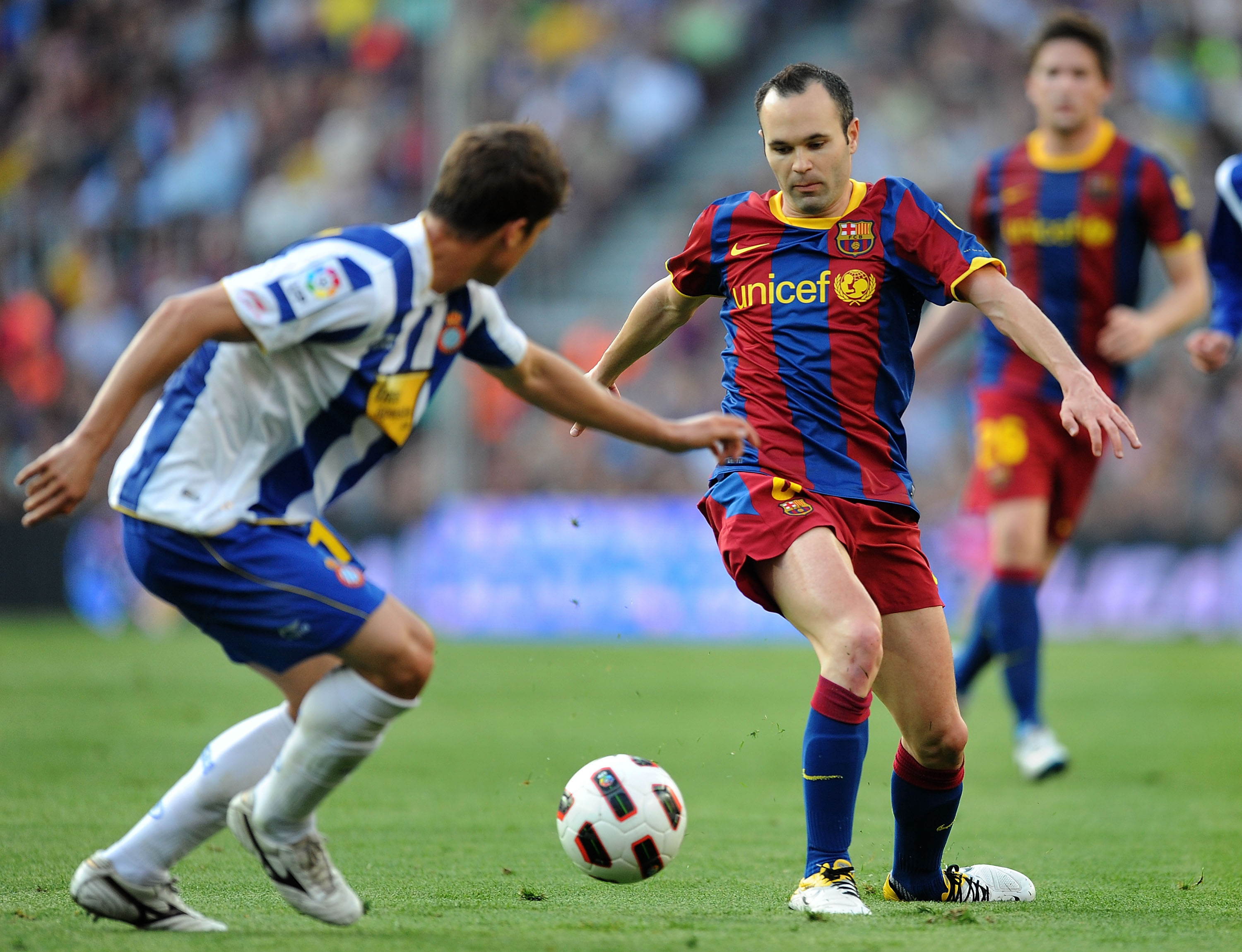 Andrés Iniesta is such an all-around player that he literally has no weaknesses. The only problem with Iniesta is how often he gets injured but even that is a stretch.

It is arguable that he is a more important piece to Barcelona than both Mess and Xavi, which is telling on its own. Iniesta's versatility to play on the wing as well as in the center reflects his versatility as a central midfielder. By that I mean he can play as a box to box midfielder, playmaker, attacker or holding player.

Iniesta's all around game makes him the second best player in the world. 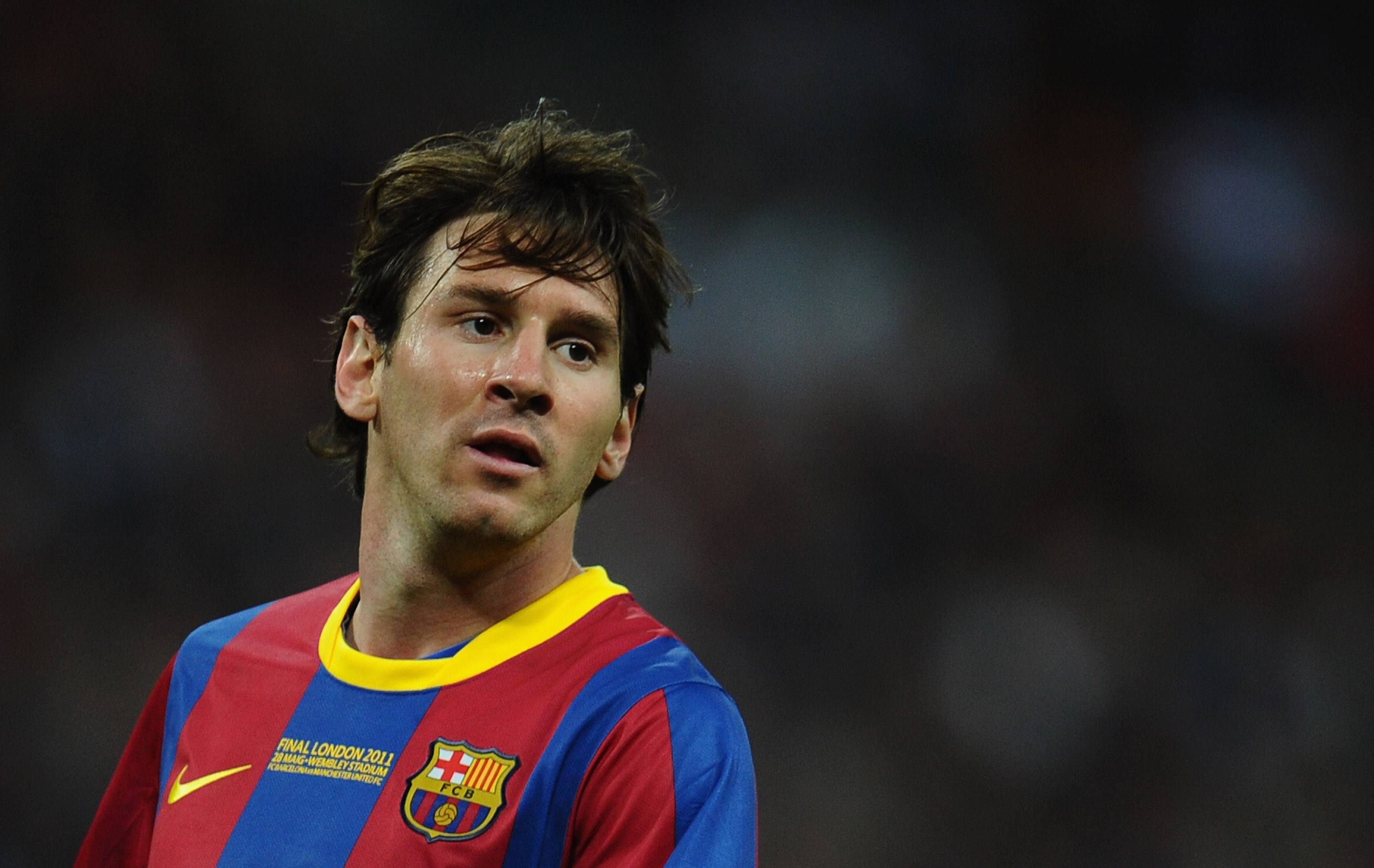 Lionel Messi is by far and away the best player in the world right now.

He combines all the individual brilliance with his innate ability to find his teammates at exactly the right moment. Messi's combination of agility, strength and ball control is unmatched in the whole world.

Messi is the best athlete at his respective sport in the whole world just ahead of Usain Bolt.