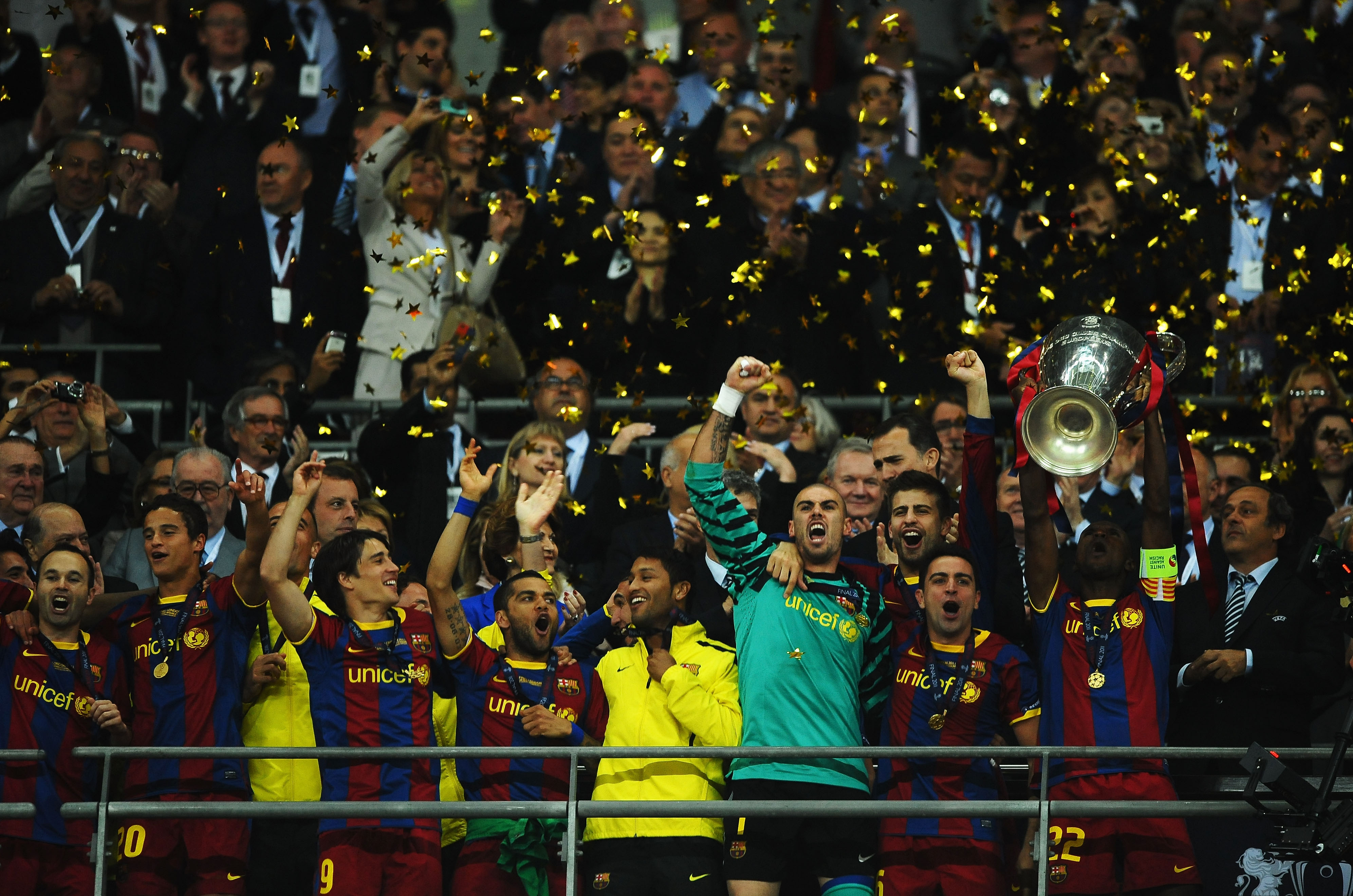 Now that the Champions League has come to end, it is time to start reflecting on an entire year of world football. This list will evaluate the performance of club teams both in their domestic league and cups as well as European football.

Many teams, such as Chelsea, went threw long spells of poor performance and then rebounded and ended the year strong. These "roller coaster" seasons are hard to evaluate, and this list will try to average out these seasons. 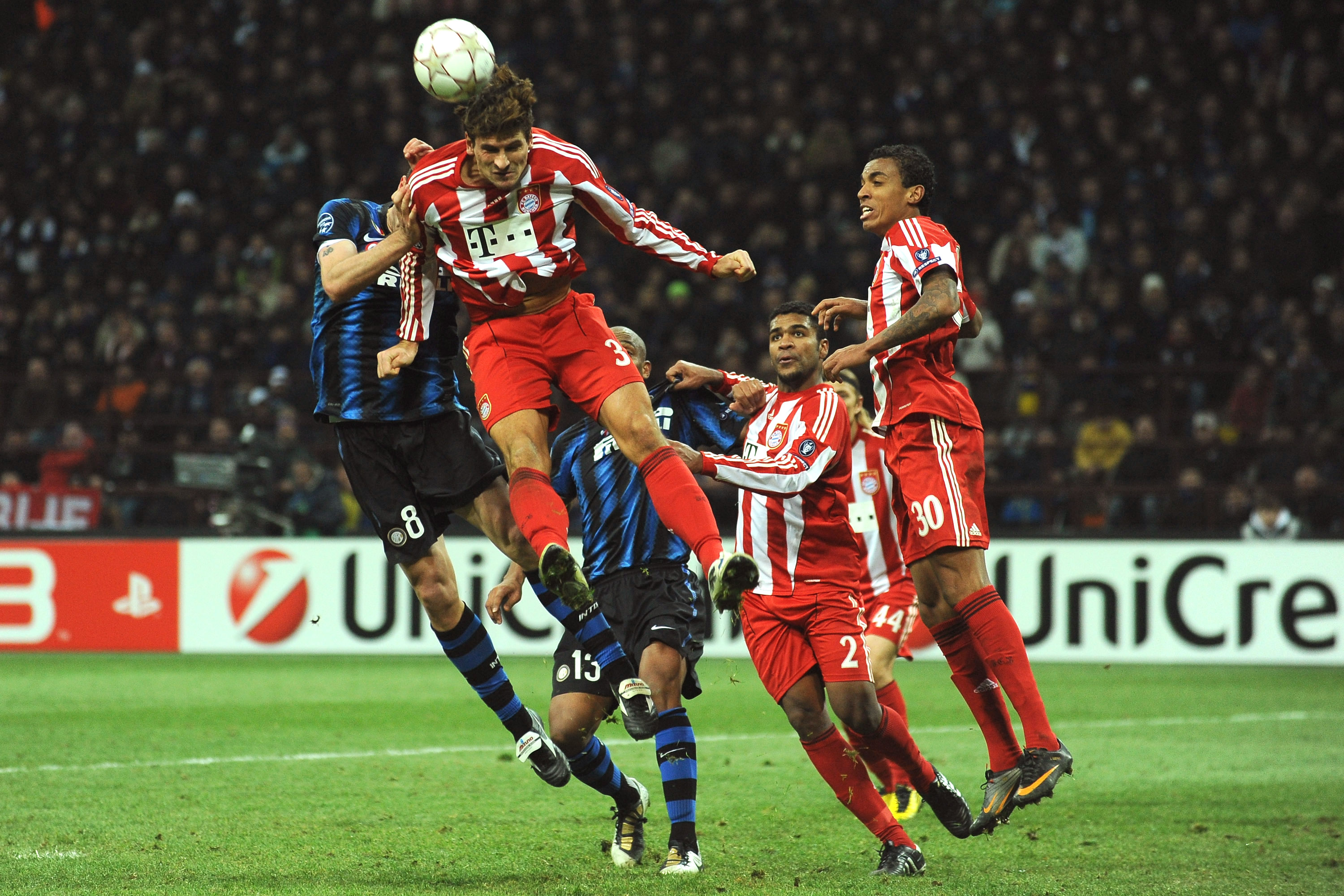 Bayern München: The Bavarians have been the true under-performers of Europe. They came in third in the Bundesliga and lost to Inter Milan (again) in the Champions League. Bayern is playing very inconsistent. Despite this, they show great promise moving forward. If they can retain Arjen Robben and acquire Manuel Neuer from Schalke, Bayern could have a great 2011-12 season.

Schalke: Schalke performed very average in the Bundesliga but made a steller run in the Champions League. With stellar performances from Manuel Neuer, Raul and Edu, they were able to move past Valencia and Inter Milan and make it to the Champions League semifinal. However, with Neuer leaving the club in the summer, this may be as high as Schalke will climb in this list.

Tottenham: Tottenham finished fifth in the Premier League (no small feat) and made the quarterfinals of the Champions League. The truth is this team lacks in quality. Harry Redknapp makes the most of what he has got, but it is not enough to be a top 10 team quite yet.

Inter Milan: Inter Milan has seen a rapid fall from grace. The Champions of the 2009-2010 Champions League are now only an honorable mention. They were humbled in Serie A and lost to Schalke in the Champions League. The squad is aging rapidly and cornerstones of the team like Javier Zanetti, Maicon and Lucio and Samuel Eto'o are old and slow. And the thought of Wesley Sneijder leaving the club is not reassuring. Next season will be tough for Inter.

Liverpool: Liverpool is a new team. Fernando Torres is gone, Steven Gerrard is on his way out. The new strikers, Luis Suarez and Andy Carroll gave new life to Liverpool F.C. After a terrible first half of the season, Liverpool made a drastic comeback and took sixth in the Premier League. Next season I think Liverpool will make it back into the top four. 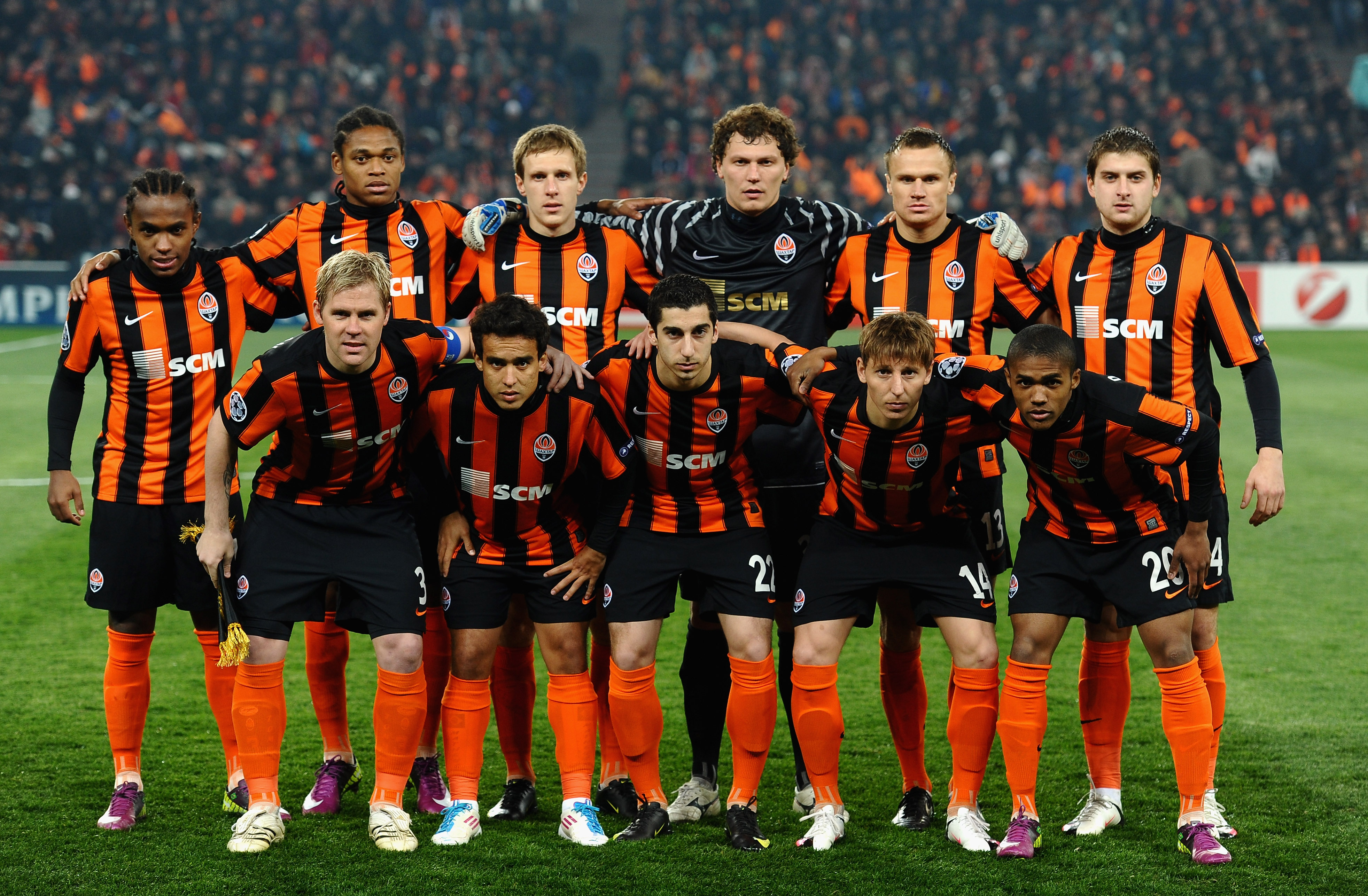 The team from Kiev is a real outlier in Eastern Europe. Shakhtar Donetsk is a great team in a terrible league. They have raw quality in the forms of William, Luiz Adriano, Douglas Costa, Djario Srna and Eduardo, and they know how to win.

This season they won the Ukranian League and the Ukrainian Cup. They also progressed to the quarterfinals of the Champions league and faced an impossible task against Barcelona. I think we will see Shakhtar again in the Champions League next season, and this time they might not be paired with Barca. 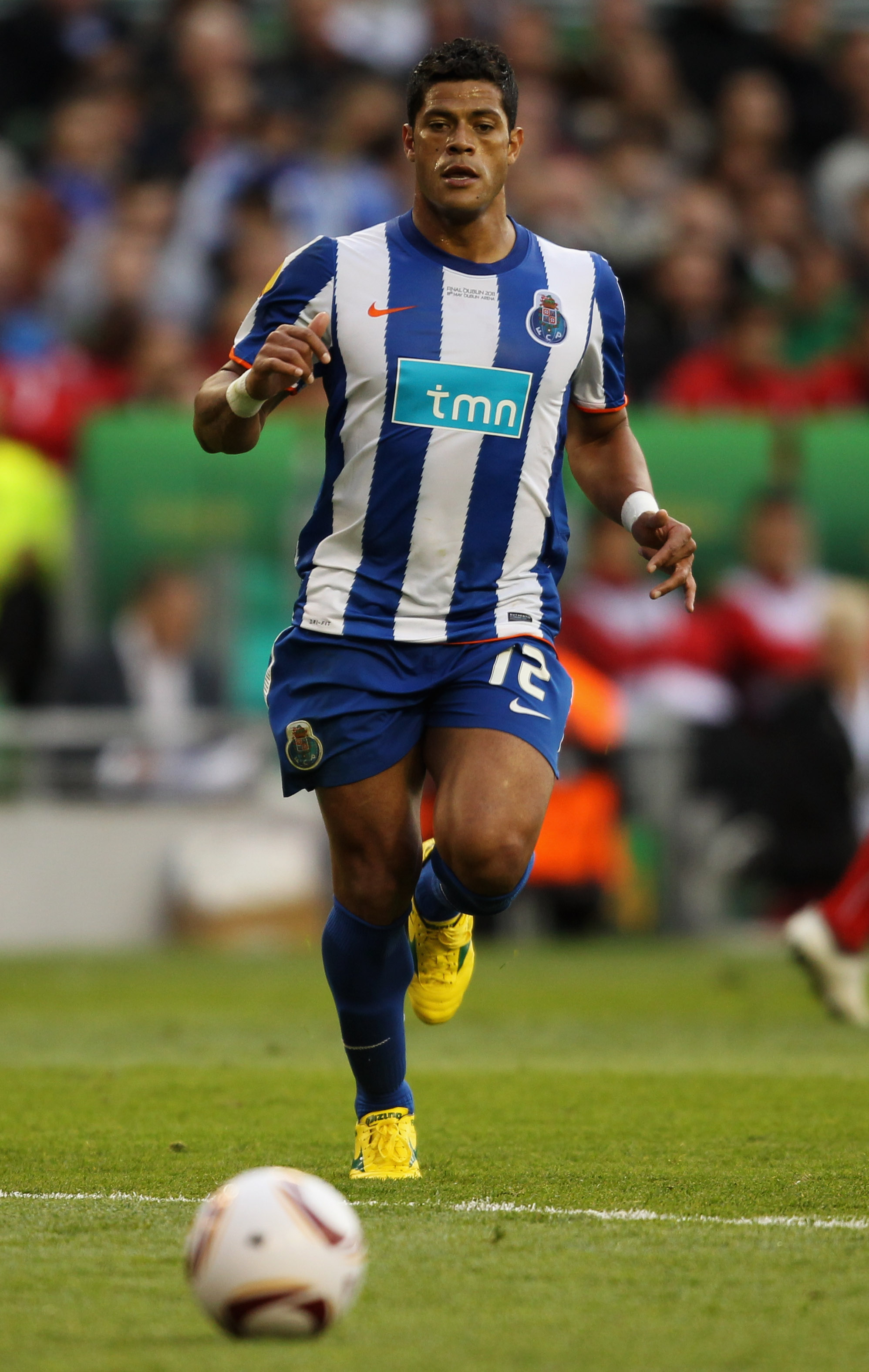 Porto deserve credit for their great 2010-2011 season. Not only did they win the Portugese league, they also won the Europa League final against Braga. Striker Radamel Falcao scored 17 goals in the competition and set a new record goal tally in the Europa League season.

They will be tested in the Champions League next season and will do well if they do not lose their best players in the summer transfer window. 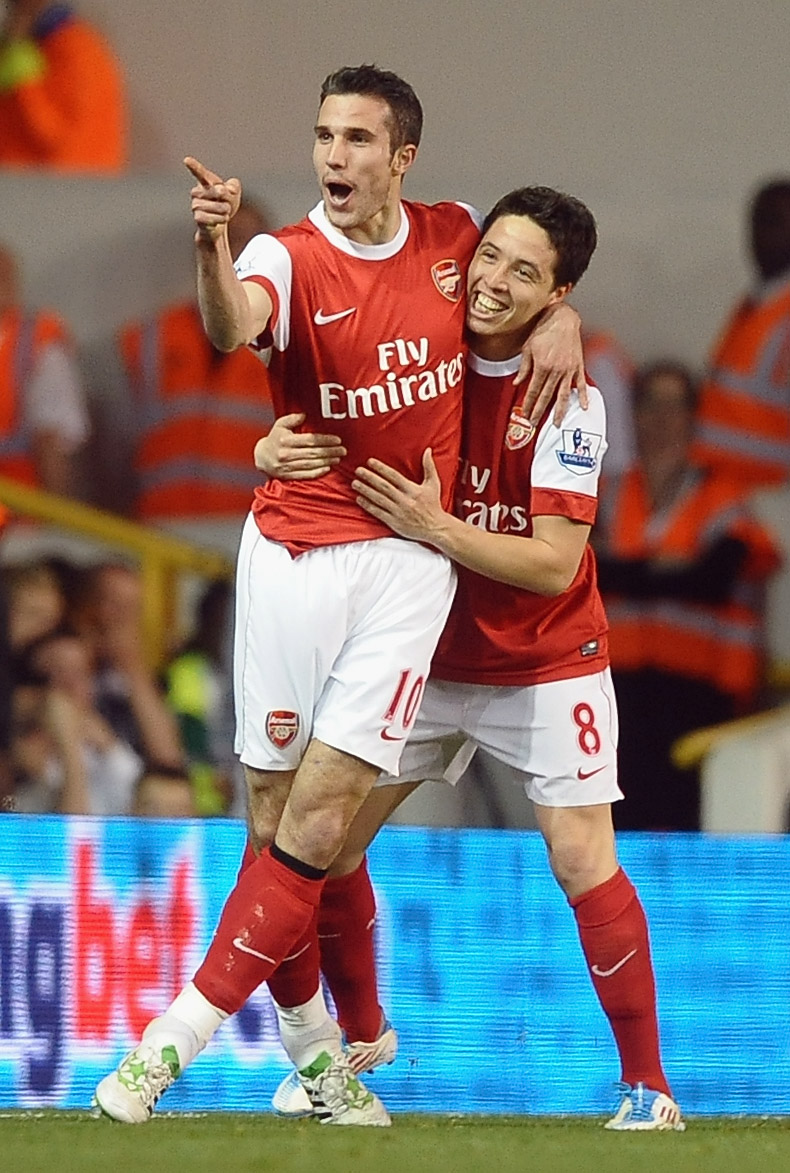 I hope Arsenal is content with a top four finish, because that is where they are stayingLaurence Griffiths/Getty Images

Despite the overwhelming faction of Arsenal supporters on B/R, the Gunners are right where they should be in this list: somewhere up there, but no where near the top. No. 8.

The Arsenal squad played a decent season. In short, they beat up on the smaller clubs in the Premier League then shrank in front of the big clubs (bar one Chelsea game) and never showed up to the Champions League. Arsene Wenger is a good manager, but his inability to react and change tactics make him often ineffective and sometimes a detriment to his team.

As has been the case in recent years with Wenger's team, he has bundles of young talent that play good looking soccer and at the end of the day, comes home with no trophies. And quite simply, I don't see this changing next season unless Wenger leaves the club.

The greatest hope of any Arsenal fan should be Jack Wilshere. To start winning again, Arsenal need to shave off some of their flair and start grinding out wins (like champions do). 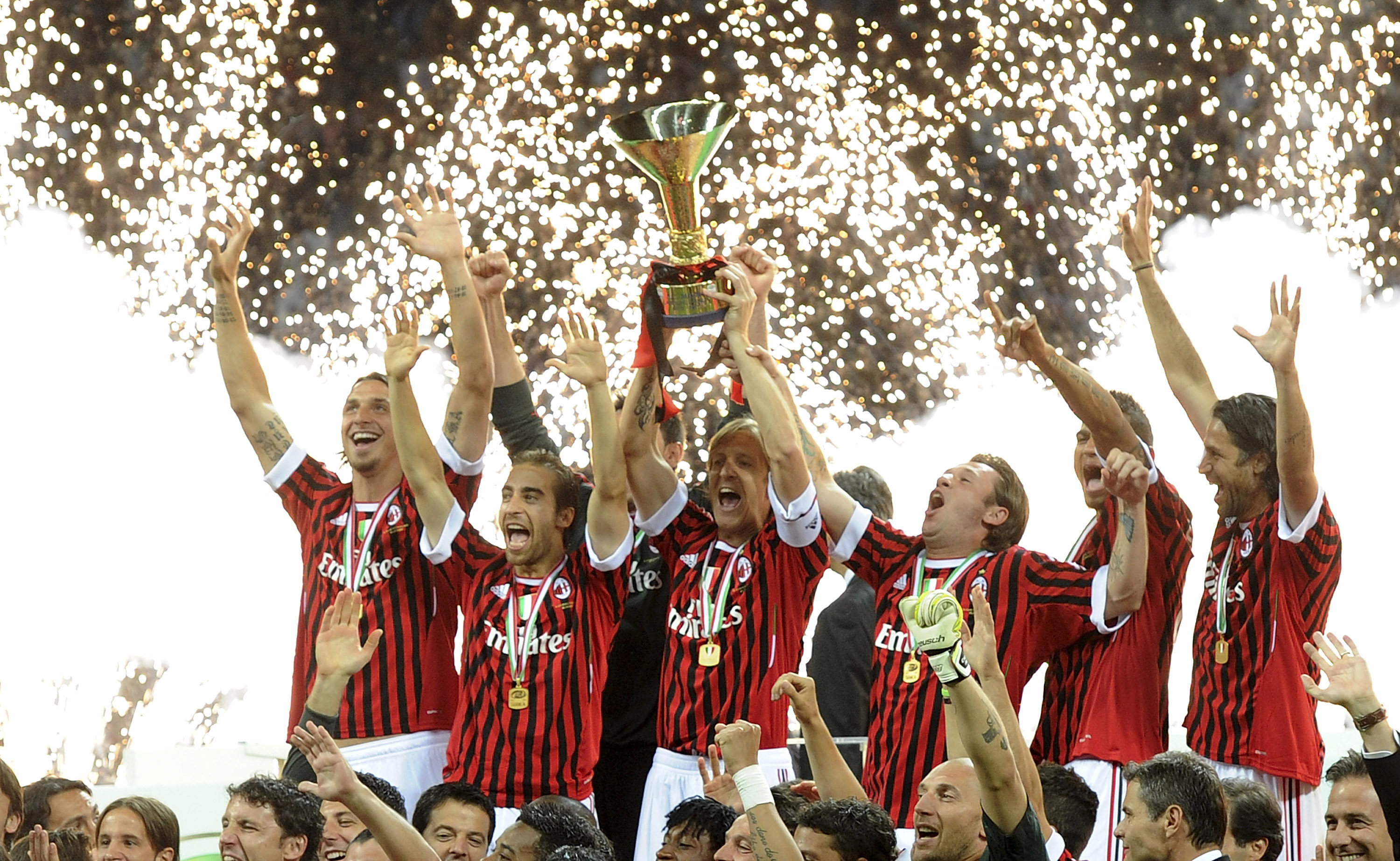 A.C. Milan has had a good season. They won the Serie A decisively. Milan is credited with bolstering their squad with Zlatan Ibrahimovic and Robinho as well as picking up Mark van Bommel and Antonio Cassano in January. 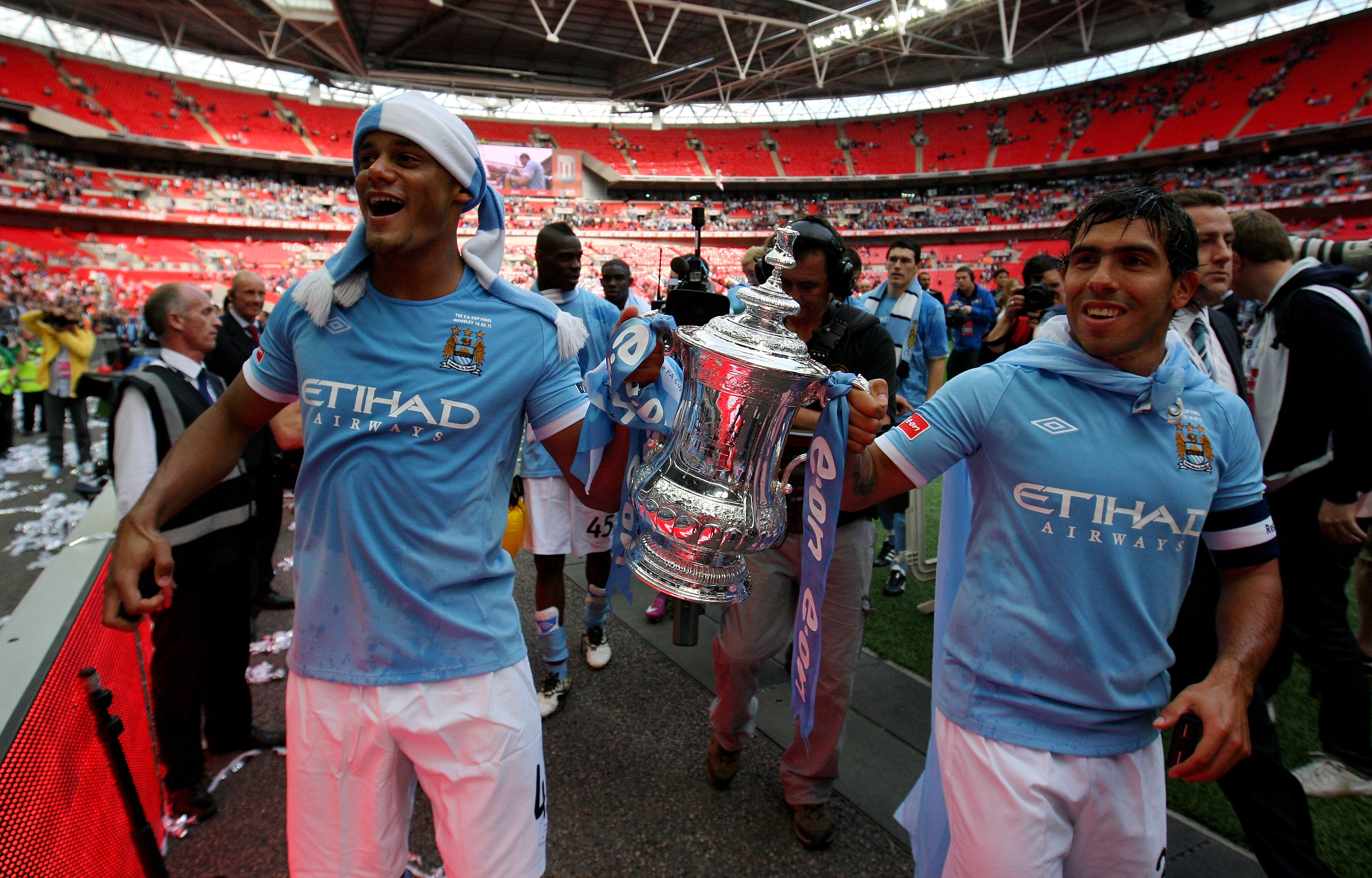 City won something this year. They won the FA cup and finished third in the English Premier League. City ended the year strong and looks to build upon its strengths next season.

City's hopes for title contention rest on one man: Carlos Tevez. The Argentinian striker is without doubt the most valuable player for city. For this sole reason, manager Roberto Mancini, must do everything possible to keep Tevez despite his childish antics about his future.

Even without Tevez, this team has real quality. David Silva for starters is a magician in the midfield and has exquisite field vision. Yaya Toure has suprised everyone with his abilities as a central attacking midfielder. Nigel De Jong, James Milner and Gareth Barry have also played. The defense is also top notch. Vincent Kompany, Yaya Toure and Joleon Lescott are solid defenders. City has a chance next season to prove themselves as a top-five club team in Europe. 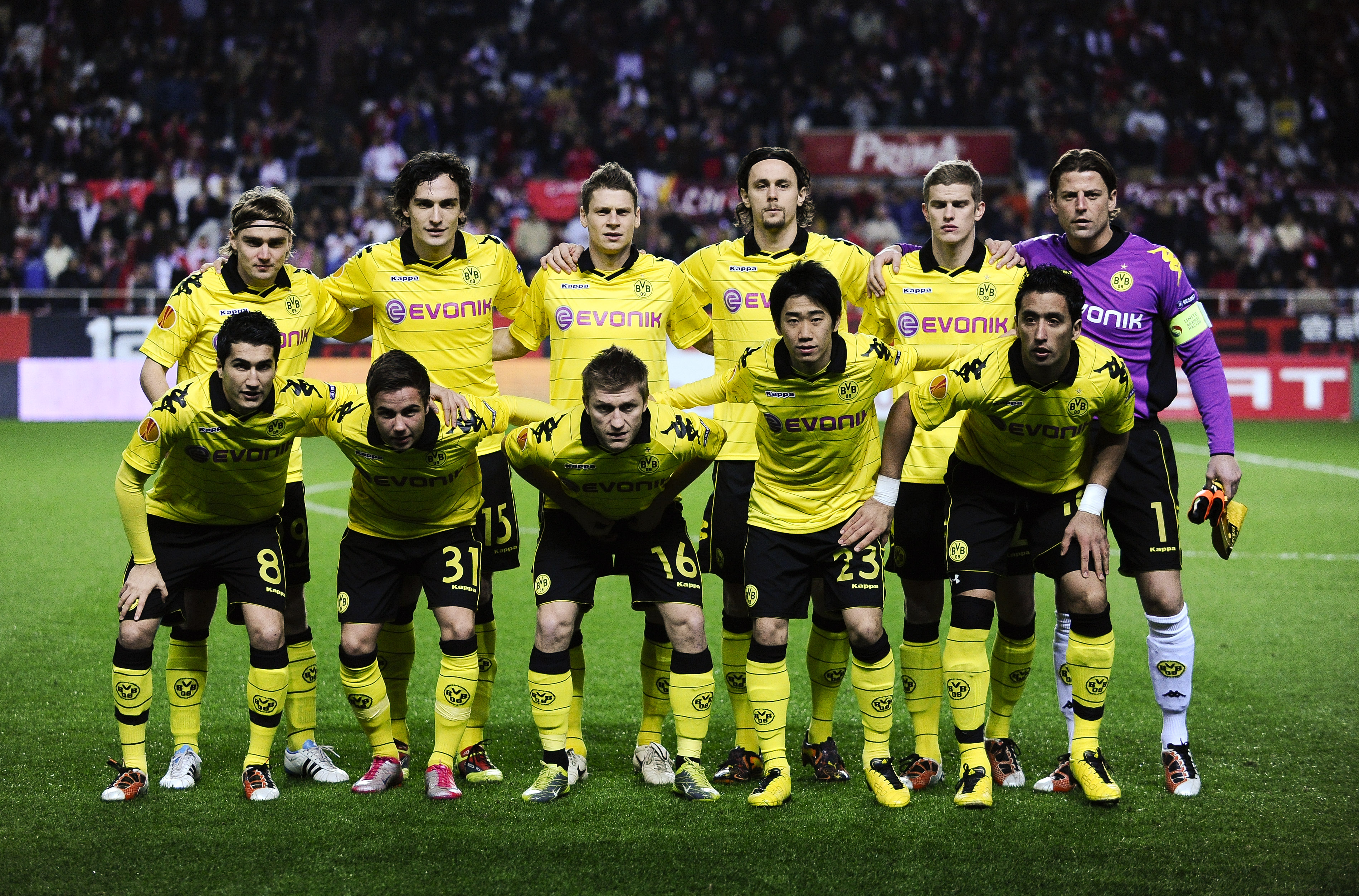 The champions of the Bundesliga are without doubt a force to be reckoned with. Next season will be the true test. We have seen Dortmund shredding up the Bundesliga, but can they attain the same results in the Champions League?

They have alot going for them. Their squad is young, determined and highly skillful. Dortmund are doing what Arsenal has been trying to do for along time (but on a smaller scale), capturing young talent and shaping them into winners. Bender, Subotic, Hummels, Kagawa, Götze, Großkreutz and are just a few of the youngsters leading die Schwarzgelben. Although losing their midfield play-maker, Nuri Sahin, to Real Madrid, Dortmund will remain a top-five club team.

Dortmund deserved the Bundesliga title over their Bavarian neighbors, and there is every reason to think next year will be another great season. 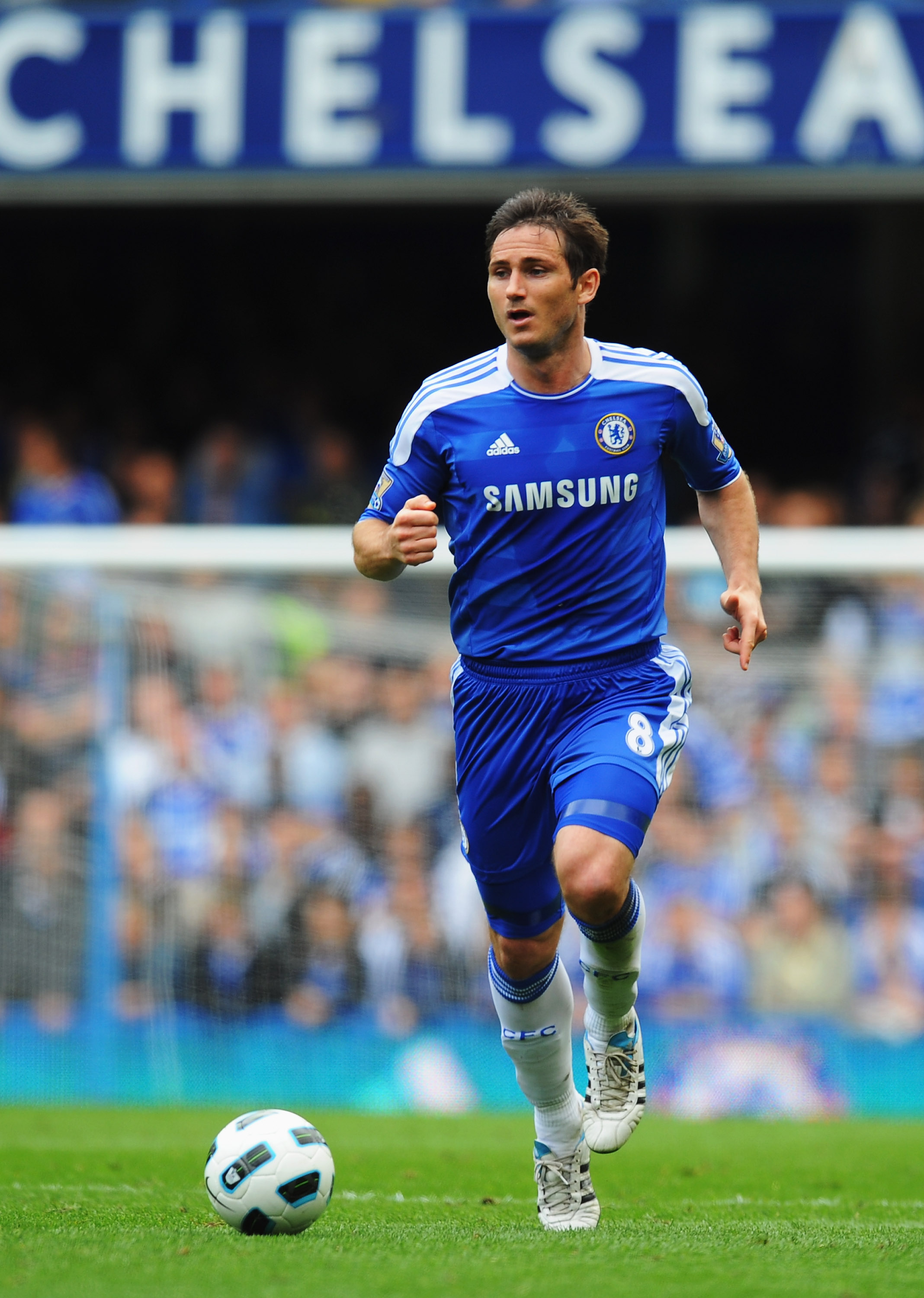 Will Lampard continue to be the face of Chelsea? He will be turning 33 in JuneMike Hewitt/Getty Images

There are many reason to doubt the future of Chelsea. They seem to be spending themselves into the ground and getting little for their efforts. After trading away much of their experience (Joe Cole, Michael Ballack, Deco) and acquiring Yossi Benayoun and Ramires, it was no wonder that once they had an injury crisis, the second-string players were not there to fill in the gaps.

Chelsea started the season as strong as can be. But by winter, the team had fallen apart. Chelsea went handfuls of weeks and picked up the same number of points. By the end of the season however, Chelsea found a good starting XI and finished strong, capturing a second-place finish behind Manchester United. For this they deserve their No. 4 ranking.

The next few years, however, signal a lot of restructuring to the Chelsea team that won the Premiership in 2009-2010. Up top, Nicolas Anelka and Didier Drogba will be phased out. Fernando Torres will be given a fighting chance next season, and we may see Daniel Sturridge come back from Bolton and lead the attack.

Frank Lampard is also on his last legs, and Chelsea will need to reconsider who will be the spine of the midfield with Micheal Essien. 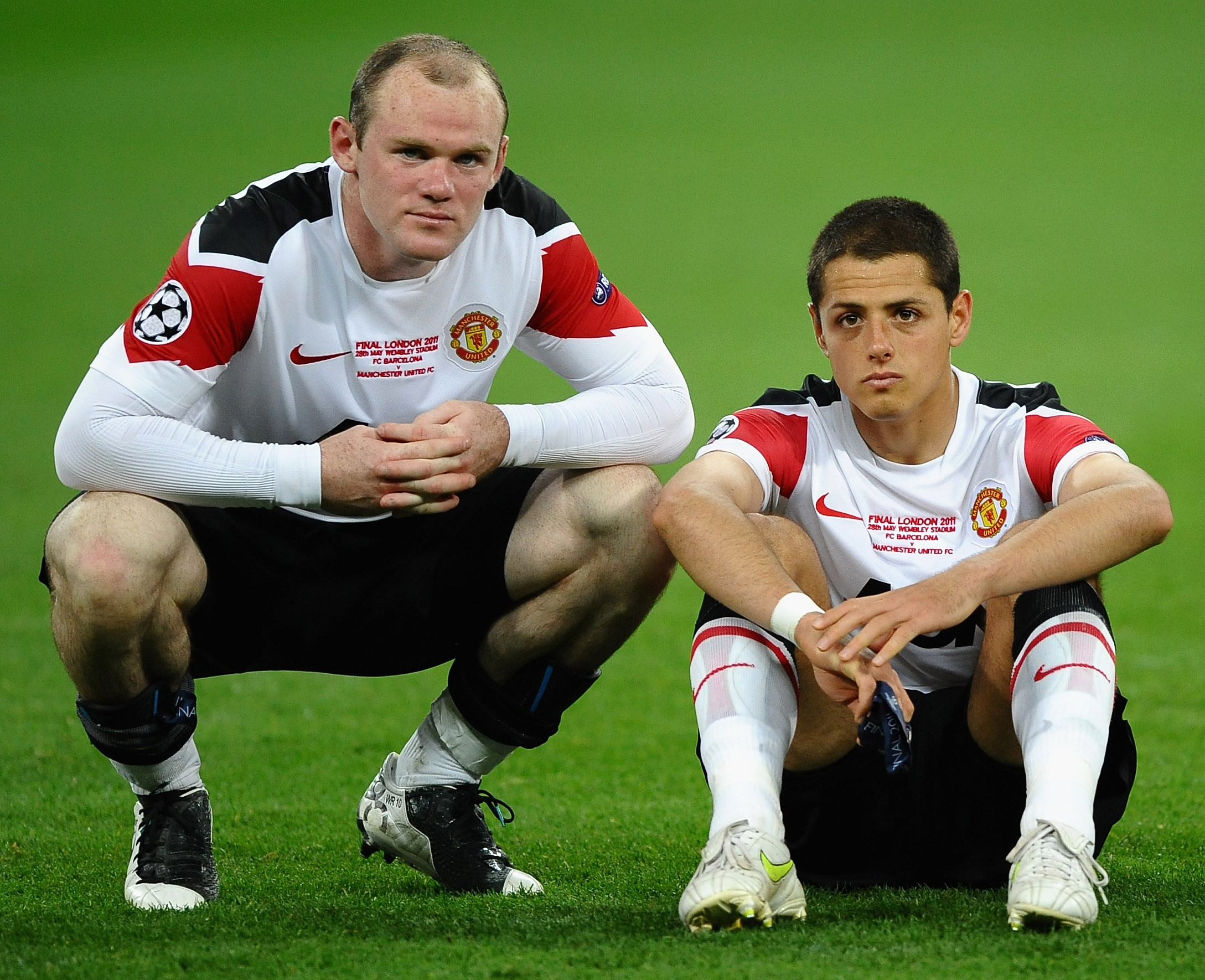 Winner of the 2010-2011 English Premier League and runners-up at the 2011 Champions League, Manchester United had a great season. This season had a bittersweet ending for Sir Alex Ferguson. In what is supposed to be his last season in charge he won the Premier League, yet he lost again to Barcelona in the Champions League final for the second time in three years.

This Manchester team is solid across the board. The team has a healthy mix of experience and youth. Antonio Valencia and Javier Hernandez have proven their worth, but so have the veterans Paul Scholes and Ryan Giggs.

And perhaps the true applause should be saved for the Manchester United defense. Nemanja Vidic, Rio Ferdinand, Chris Smalling, Patrice Eva, Fabio and Rafael all put in tireless performances throughout the season. 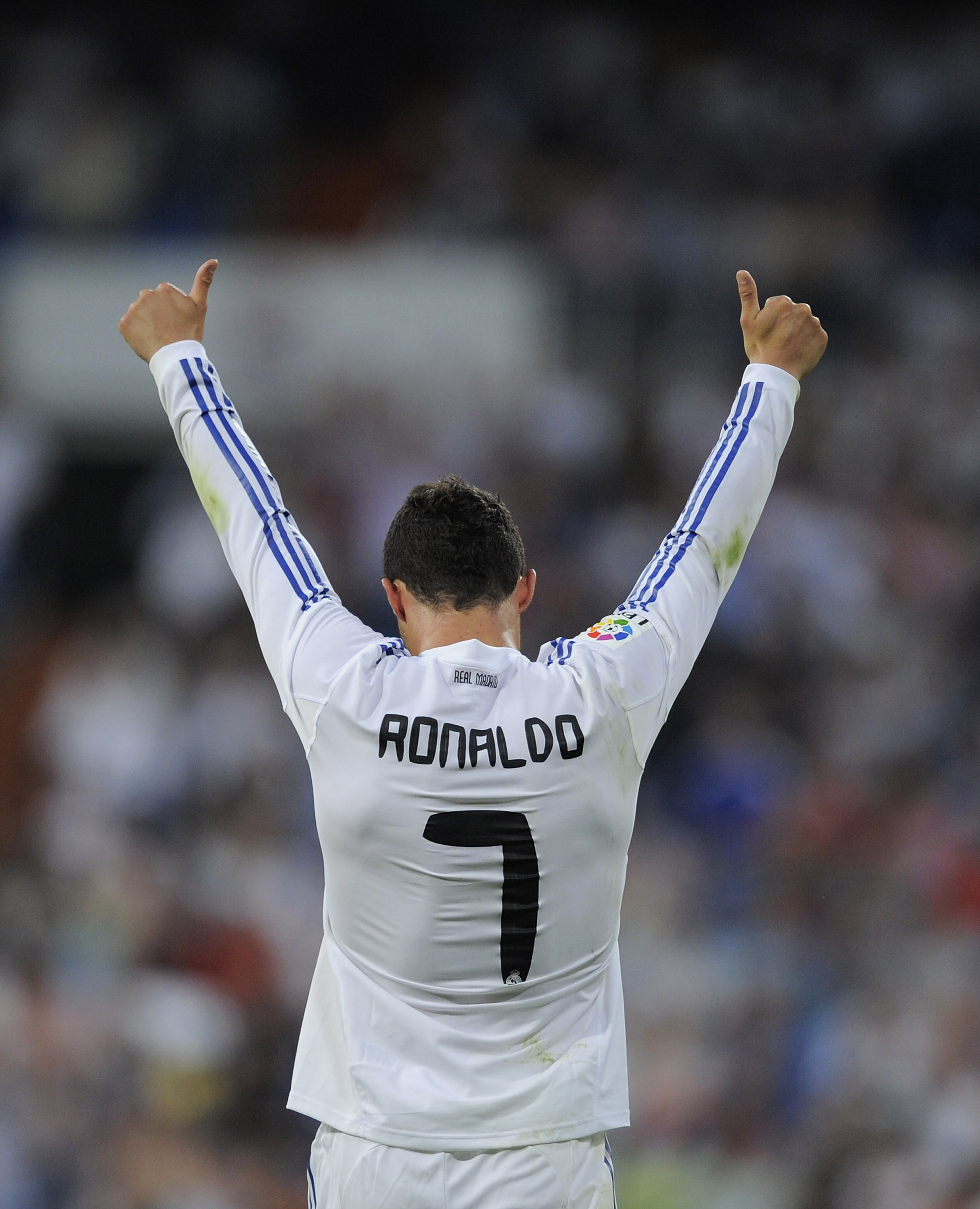 Why is Real Madrid ahead of Manchester United?

Real Madrid is ahead of Manchester United because they have proven they can beat and tie Barcelona. After the 5-0 thrashing in La Liga, Real Madrid squeezed out a win in the Copa del Rey final. Then in the Champions League, Real Madrid held their own against Barcelona until a questionable 60th minute red card on Pepe, saw Barca score two quick goals and solidify their advancement after the next game ended 2-1.

Real Madrid can beat Barcelona, just not very often. They are the second best club team in the world, and they sure have the spending bill to show for it.

Real Madrid also look like a great team going into next season. Their core squad is still mid-20s, and they already have tons of experience. Also, as Jose Mourinho establishes himself in Madrid, he will return next season more motivated than ever to win La Liga. 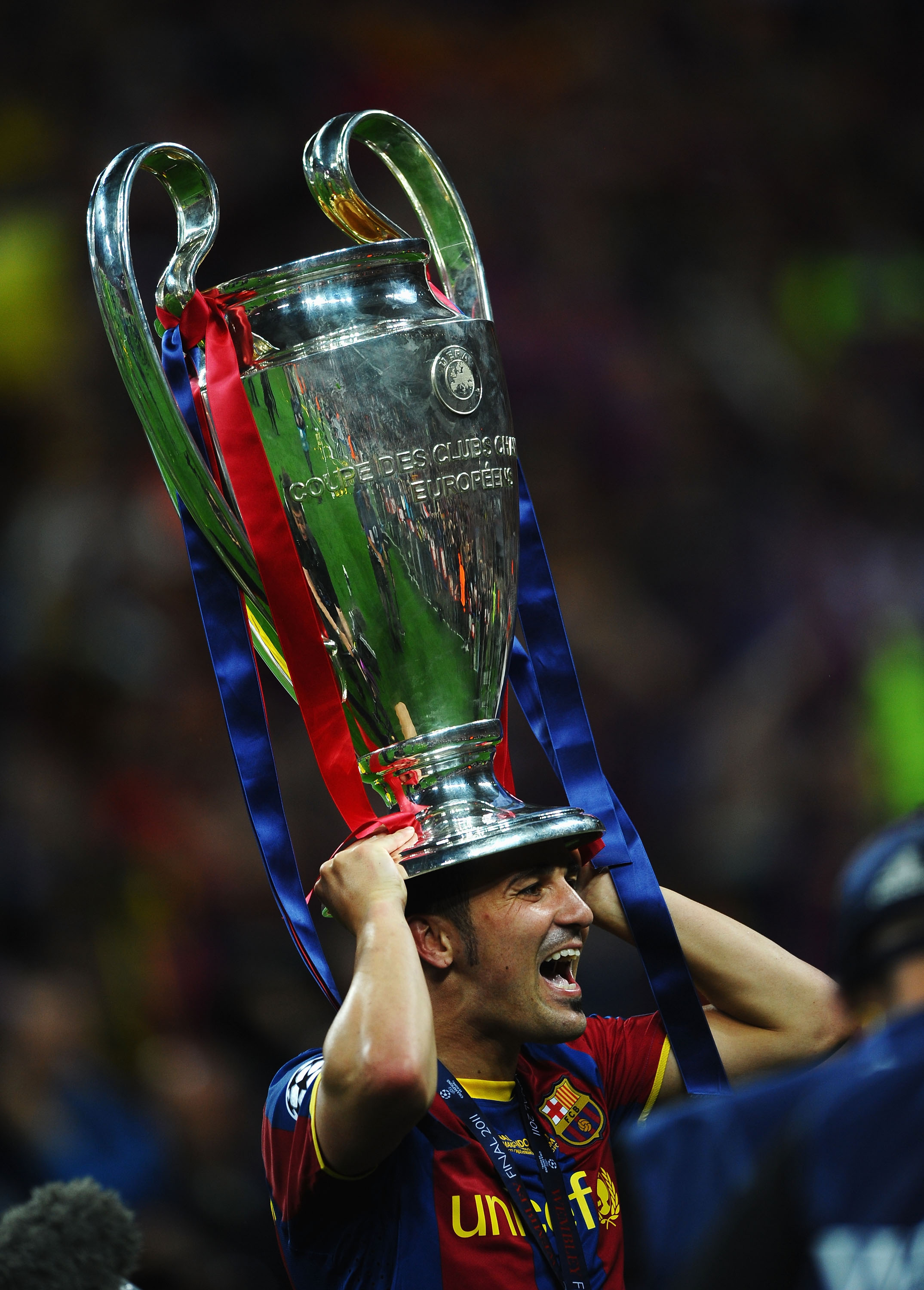 The undisputed champions of Europe. Barcelona is the best team in the world. The No. 1 club was obvious, and this list was really about the teams fighting for positions 10 to 2.

Disciplined teams like Manchester United, Real Madrid and Shakhtar Donetsk looked second rate compared to the Catalans. Barcelona win back the ball high up field, keep possession and finish their chances. The way Barcelona fight to win back the ball is their most important tactic. They work so hard to get the ball back.

This unmatched determination creates fear in their opponents. Opposing teams panic in possesion and end up giving the ball away and giving away chances. So far, no team has found a solution to this that works consistently.

Not only is Barcelona the best team in the world, but these are some of the best players in the world, as shown in the 2010 World Cup. Xavi, Andres Iniesta, Carles Puyol, Gerard Pique and Sergio Busquets form the spine of both Barcelona and the Spanish National Team.

The only thing that can slow Barcelona down is age. Xavi, Puyol, Seydou Keita, Eric Abidal and Gabriel Milito are all over 30 years old, and Iniesta and David Villa are not far behind. Barcelona has the best starting XI in the world, but after that, their depth is lacking. Next season could be the real fight as the reigning champions look to defend their title in both La Liga and the Champions League.