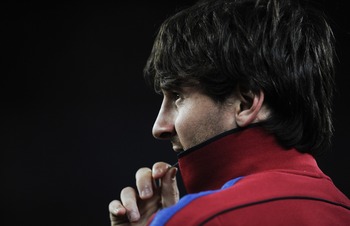 Talent-wise, Lionel Messi is the best player in the world right now. And by far.

He has participated in 80 goals this season (52 scored and 28 passed in 54 matches) which is simply brutal and one of the best seasons ever for a footballer.

That being said, Lionel Messi has a dark side many people might not be aware of.

He Is Selfish When He Has the Ball 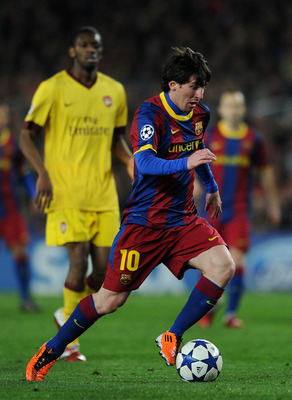 Hard to say a player with 28 assists in a season is selfish.

By comparison, we all think Cristiano is selfish and has 14 assists on his own.

However, when you see him play you get the feeling that because he knows he's that good (which he evidently is) he prefers to finish the play himself instead of playing the ball to better positioned teammates.

If he was a little less selfish, maybe he could make his assisting record even better.

Which, when you think about it, sounds pretty scary.

He Takes Plays Off 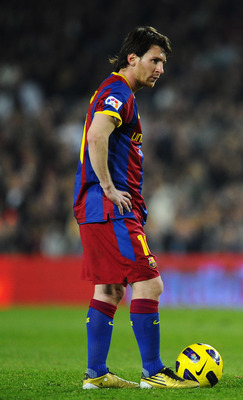 Messi is the only player in Barcelona allowed to walk and to stay away from the offensive pressing that Barça does so effectively.

If you look for it, it's evident in every match.

But if you want even more proof, you might want to look at UEFA's Distance Covered stat they publish every match. It is here Messi's poor effort is displayed.

The average Barça player runs about 9-10 km per match (Xavi and Alves run more than 12 every match).

How much would you expect Messi to run?

Well, he runs in between 6 and 7 kilometers per match, which is half what Xavi runs, and is also way below average against his other teammates.

He just doesn't play hard every minute of the game.

Probably because knows he's so good, he doesn't need to.

He Wants to Play Every Game 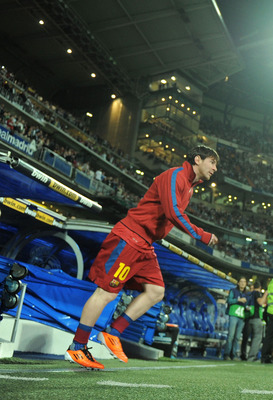 When I say every, I mean EVERY.

That initially sounds very good. It sort of speaks of competitiveness and a desire to win.

However, beneath the superficial analysis lies another layer to this: the fact he takes minutes off and sometimes seems tired (because he is).

But also, the very baby-like "angry and moody" attitude he displays when he doesn't play. Even if he's benched because coaches know he's tired. Even if there's nothing to play for. He just doesn't like it when he's on the bench.

This coming from a player that had serious injuries his first seasons because of pushing himself too hard.

And because Messi is Messi, Guardiola lets him act like a spoiled brat and supersede the decisions of team coaches.

It's basically a miracle that between opponents kicking him and him playing all those matches, we haven't seen him with a serious injury for quite a while.

For now, at least.

He Is Jealous in the Locker Room 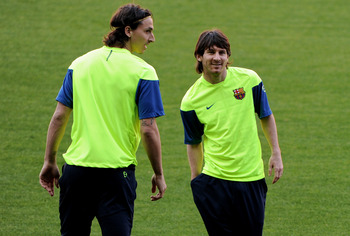 You'll never hear this from any sort of official source of course, but the fact is: Messi wants to be a star.

Let's see what happens when a player on the Barça locker room wants to be treated on the same level (both salary-wise and importance) as Lio:

Come to think about it, when picking Messi against either of the former two, Pep didn't have a tough decision at all.

But the fact is he made one, and both players (world-class ones) were cut due to oblivious reasons.

David Villa, on the other hand, seems to have accepted who is the top dog.

Messi wouldn't have it any other way.

So much for "Messi is such a nice guy," then.