Arsenal FC: 10 Candidates to Replace Arsene Wenger If He Leaves the Gunners 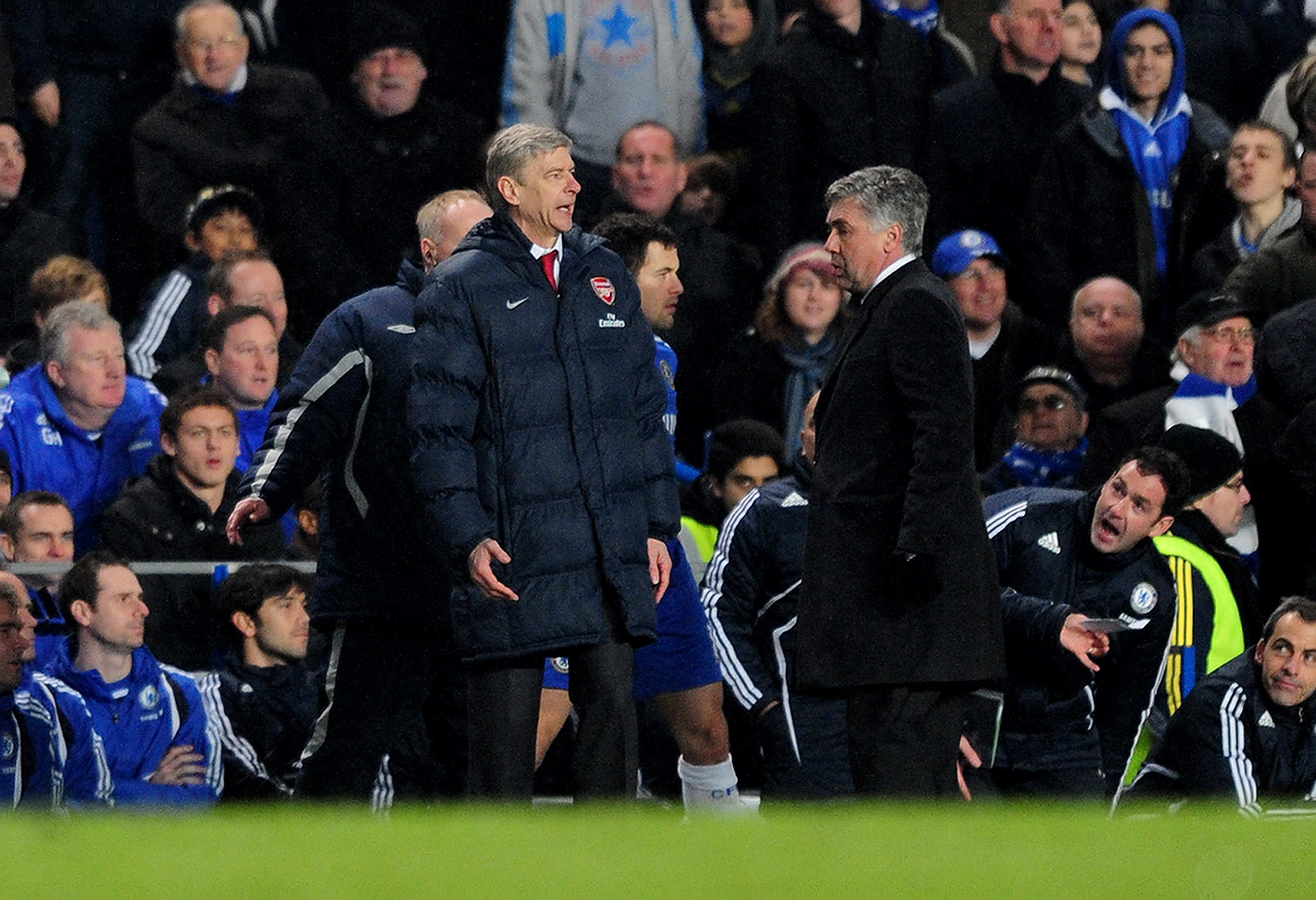 Arsene Wenger has been one of the most successful managers in the Premier League and has brought immense consistency of being amongst the elite teams in the world since he took over the reins.

He has brought in several excellent players from different leagues and he is one of the main reasons for the financial stability of the club.

After winning numerous trophies since he joined the Gunners, they have endured a six-year long trophy drought. There are a number of factors why the Arsenal boss has not been able to win trophies in the recent past.

Arsenal's decision to move from their beloved Highbury to the Emirates has meant that he did not have enough money to spend in the market in the following two years.

Also, in that period, Chelsea and Manchester City have been taken over by two of the world's richest men and their spending has led to further inflation in the transfer market.

As a result, the frugal Frenchman has adopted a policy of developing youth players from around the world into world-class talents.

However, with experience and leadership missing in the side in the last few years, the Gunners have stumbled at important times in the past few seasons.

Wenger's questionable decisions in the transfer market have further frustrated the fans and he has also made some errors with regard to football decisions as well.

There are a number of supporters who are in favour of Wenger leaving the club and the ticket rise by the Arsenal board have contributed to the unrest amongst Arsenal supporters, who are divided on whether they still trust Wenger to bring trophies to the Gunners.

Players like Bacary Sagna and Wojciech Szczesny have placed their full faith in Wenger and are desperate to win trophies for the man who has helped them in their personal careers.

But if that is the case, let us look at the 10 possible managers who could possibly replace the Frenchman. 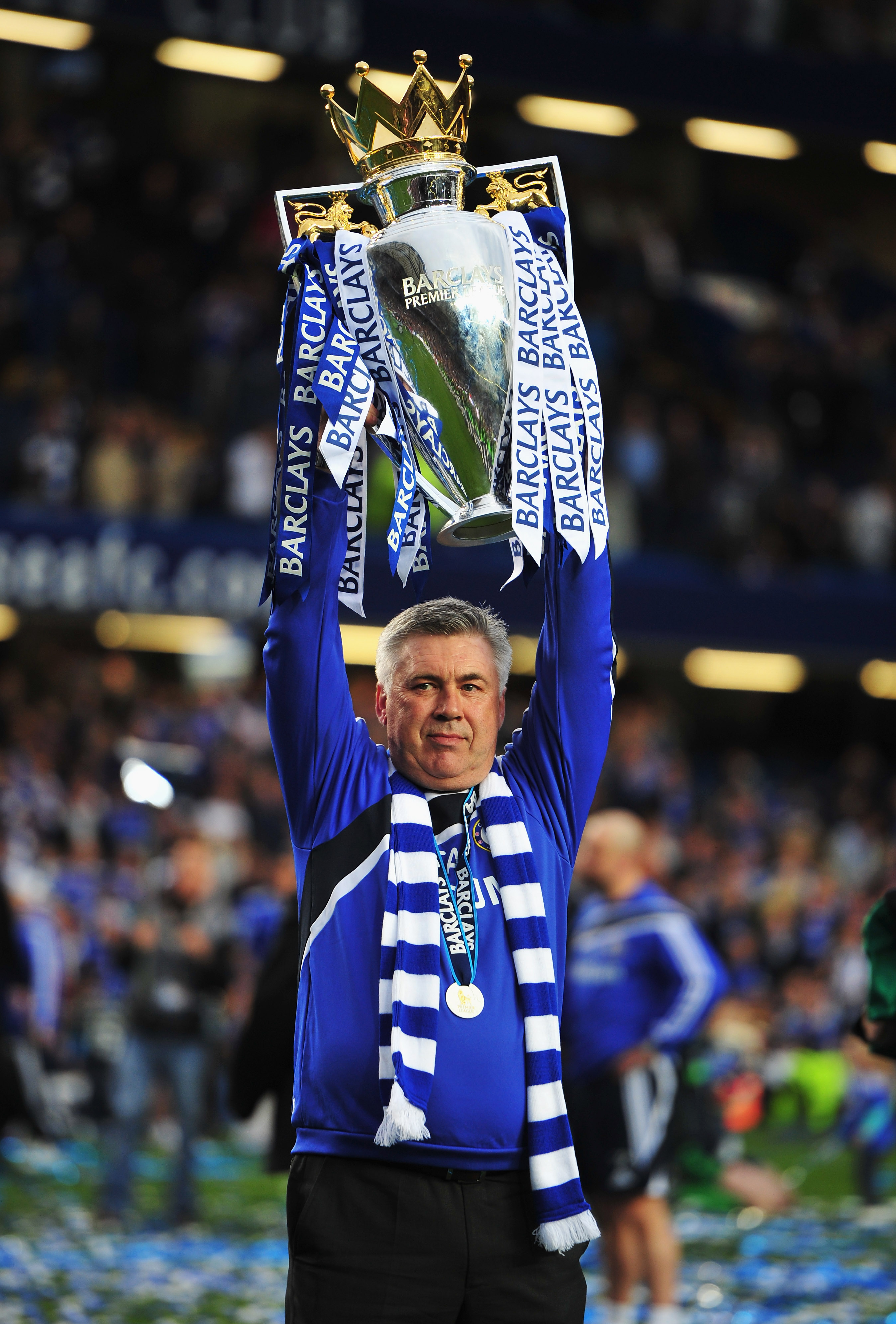 The Chelsea manager has had a lot of criticism this season for the prolonged slump encountered by the Blues before the turn of the year which led to the signings of Fernando Torres and David Luiz.

The Italian has an excellent season last year where he was instrumental in Chelsea's double and he commands the respect of his players.

He is vastly experienced as a manager with spells with Regianna, Parma and Juventus but he was most successful with AC Milan with who he won the Champions League twice and also the Scudetto in 2004.

He left the Italian giants for Chelsea and achieved the double in his first year. He could not survive for another season under Roman Abramovich.

He is a manager who can encourage an attacking style of play and has proven to be successful in the Premiership.

The only question, particularly after Chelsea's spectacular slump, is whether he can inspire this Arsenal team who have not had too many leaders in the past. 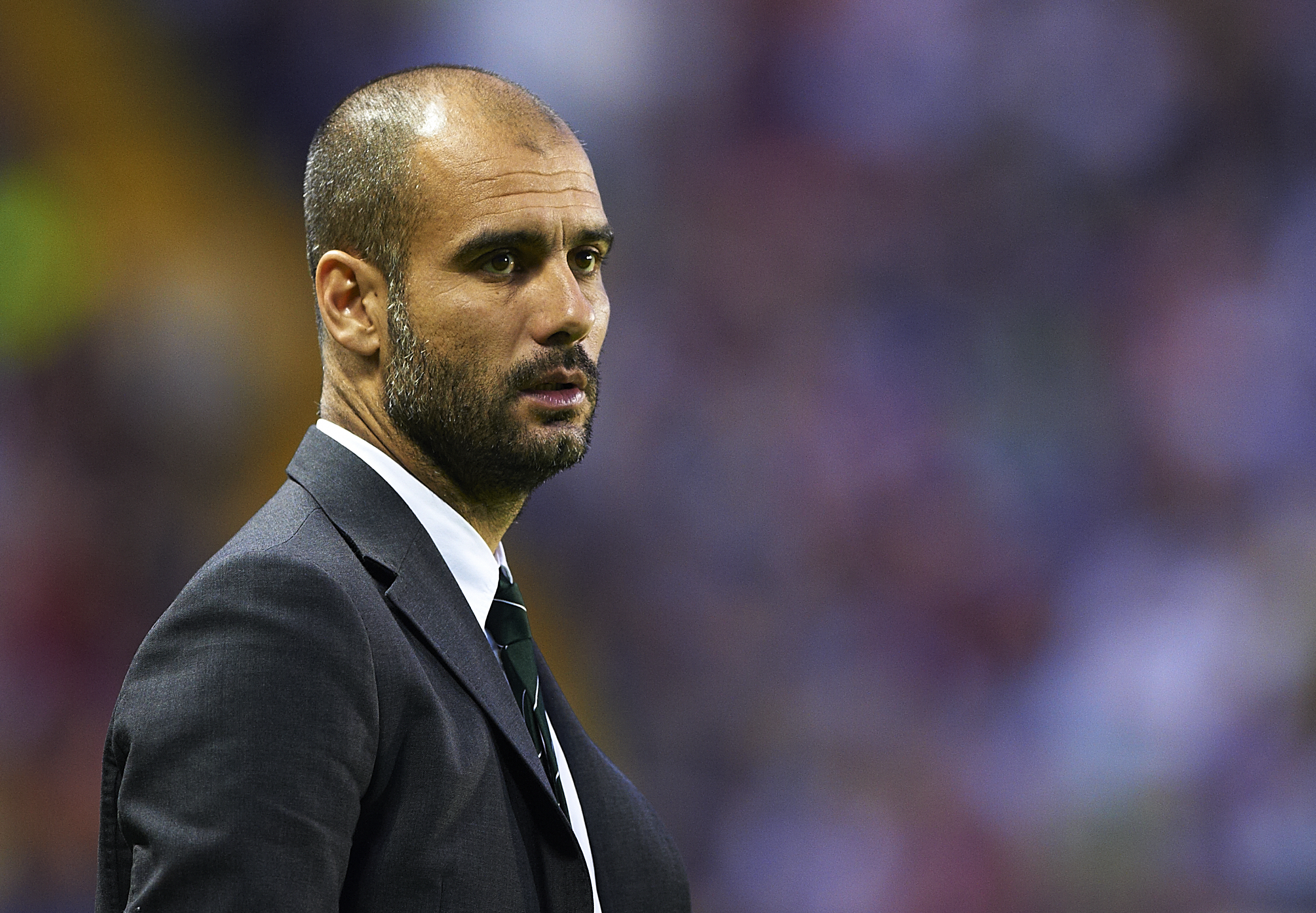 Guardiola is one of the most successful managers in the modern era and has achieved amazing success with FC Barcelona. He encourages a positive attacking style and emphasizes the passing game.

Though the Catalans are keen for the former Barcelona midfielder to continue as the manager in the future, Guardiola could opt to move on in the near future for a new challenge.

He is young and has proven to be a successful manager, reaching his second Champions league final in three years in addition to securing three straight La Liga titles. He would inject optimism in the Arsenal supporters, considering his previous record with Barcelona.

However, he is linked with the Manchester United job while Chelsea could also be interested in signing Guardiola.

Also, his record with transfers has not been great with Barcelona incurring huge losses with the transfers of Zlatan Ibrahimovic, Alexander Hleb and Dmytro Chygrynski. 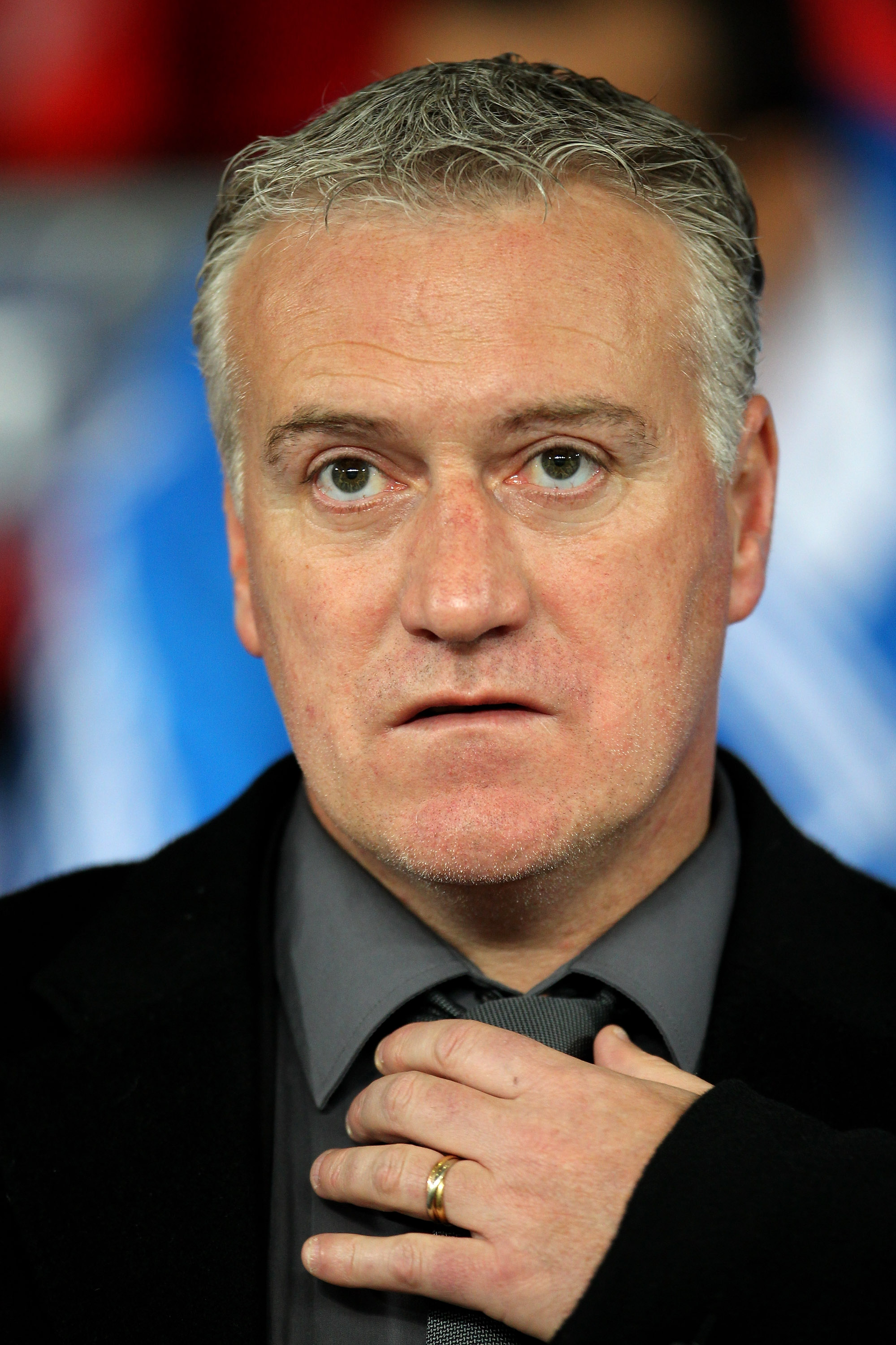 The former France midfielder had a hugely successful career as a footballer and has also a good career so far as a manager. He took the unfancied Monaco team to the final of Champions League in 2004, where they lost to Jose Mourinho's Porto.

After a one-year spell with Juventus in the Serie B, he returned to France to take the managerial post of Olympique Marseille.

In his first season with the club, Marseille won the Ligue 1 after a span of 18 years. Though he did not win this year, they are likely to be the runner-up and has overall had a decent season.

Also, with Arsenal having many French players in their squad, Deschamps would ideally be able to adjust to the team's needs and also as a player and manager, he has always had a winning mentality. 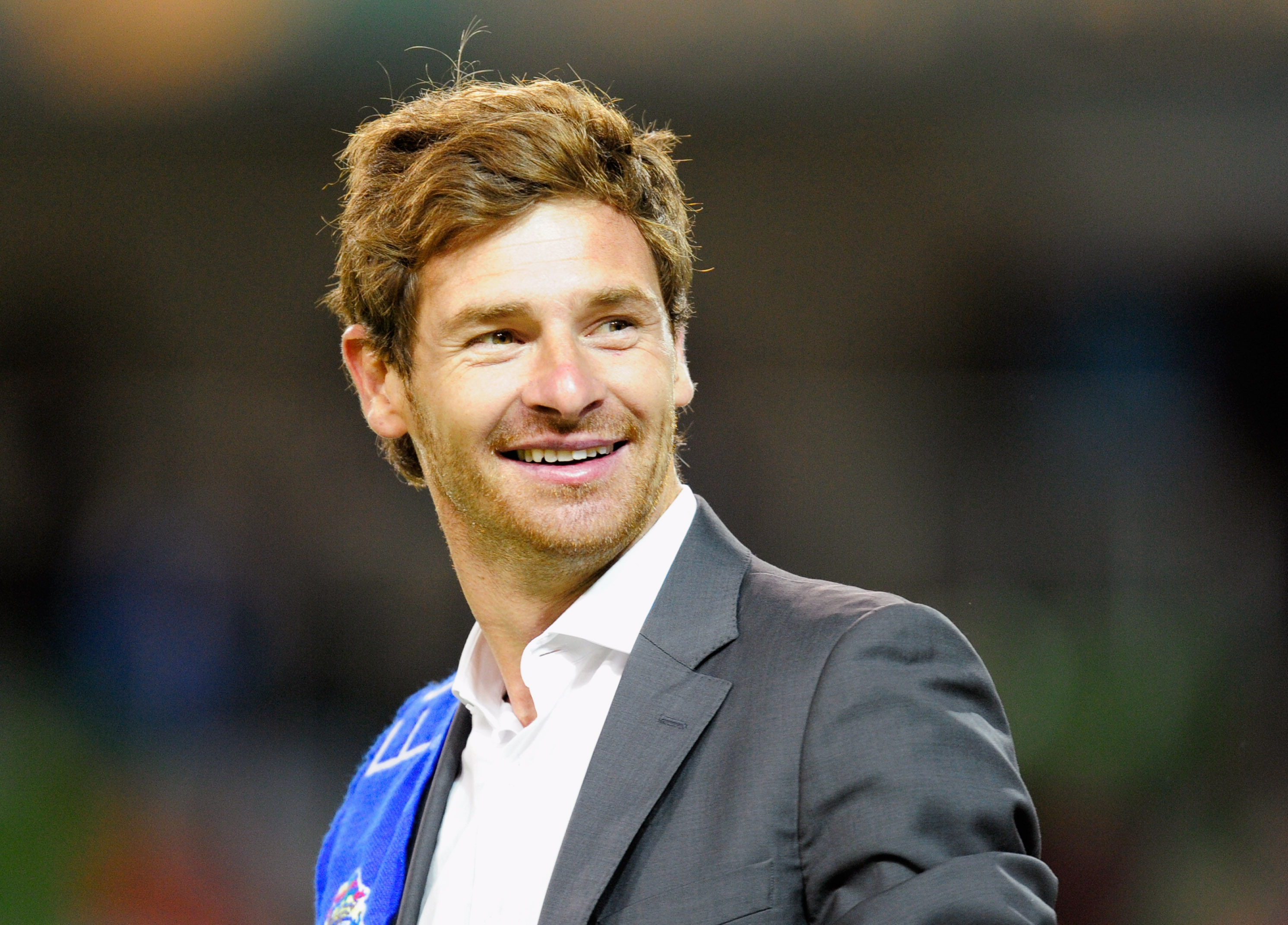 Any article on the potential replacement of a manager at a top club in Europe is likely to have the name Andre Villas Boas on their list.

The current Porto manager is already touted to be the next Jose Mourinho after his amazing exploits as the manager of the Porto team, which has won the Europa League and the Portuguese League without losing a game.

He was the assistant of Jose Mourinho at Porto, Chelsea and Inter Milan before he left the Portuguese tactician to pursue his own managerial ambitions.

This season has been an exceptional one for Villas Boas, but the next one will be his biggest test. All eyes will be on him in the Champions League and also, he would have to maintain consistency in the Portuguese league as well. 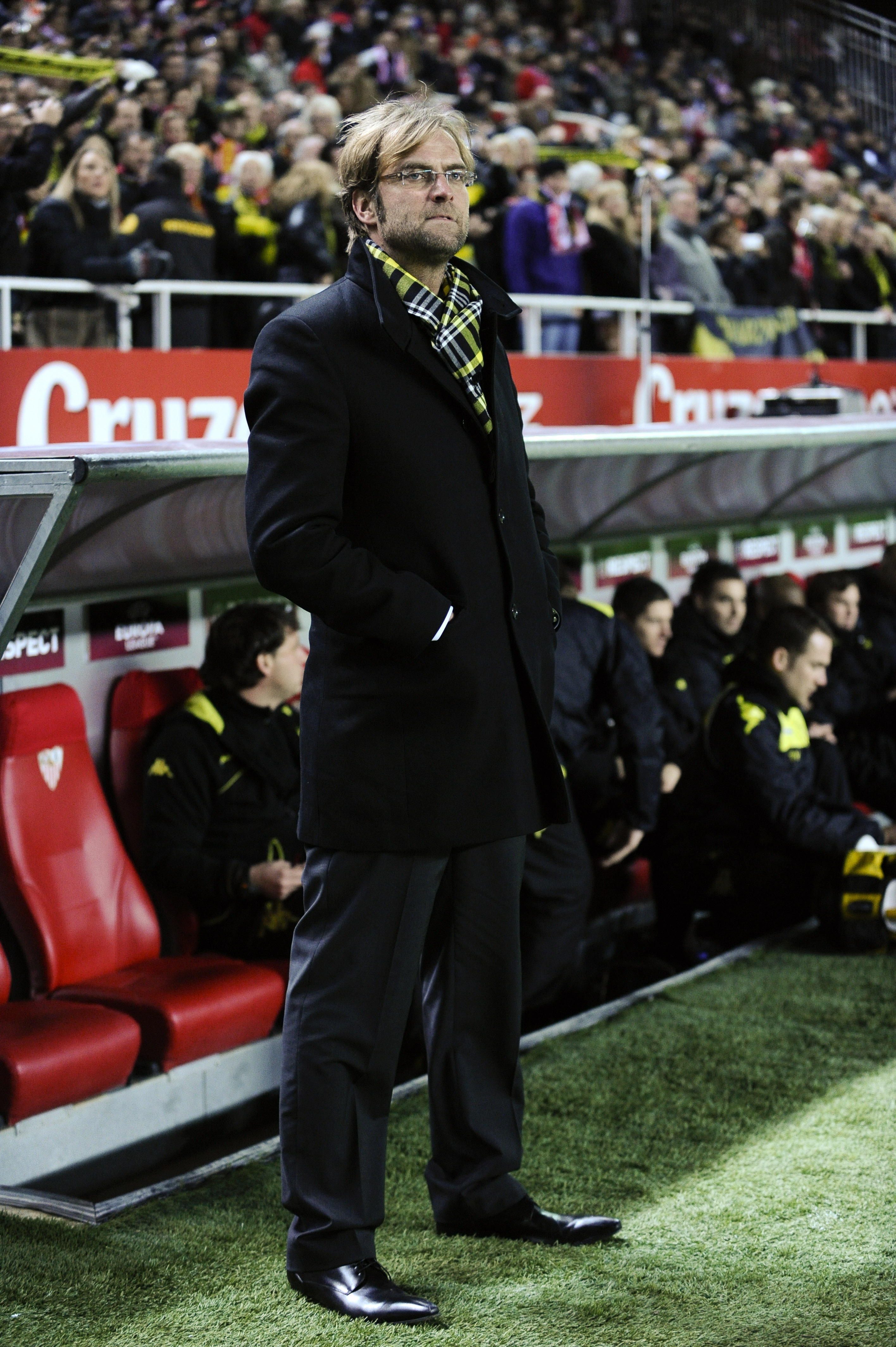 Jurgen Klopp has undoubtedly been one of the managers of the season in the world and has built an extremely strong winning team with Borussia Dortmund.

He is known to provide opportunities for young talented youngsters and has proven to be an excellent tactician. The 43-year-old previously managed Mainz for eight seasons before joining Borussia Dortmund.

Dortmund were the most consistent team in the Bundesliga this term, and Klopp has been at the heart of the improvement of the team, which finished 13th before he took over in 2008.

They finished sixth in his first year, fifth in his second and are now the Bundesliga champions this season. Klopp is certain to be linked with some of the biggest clubs in the world after his success with Borussia Dortmund. 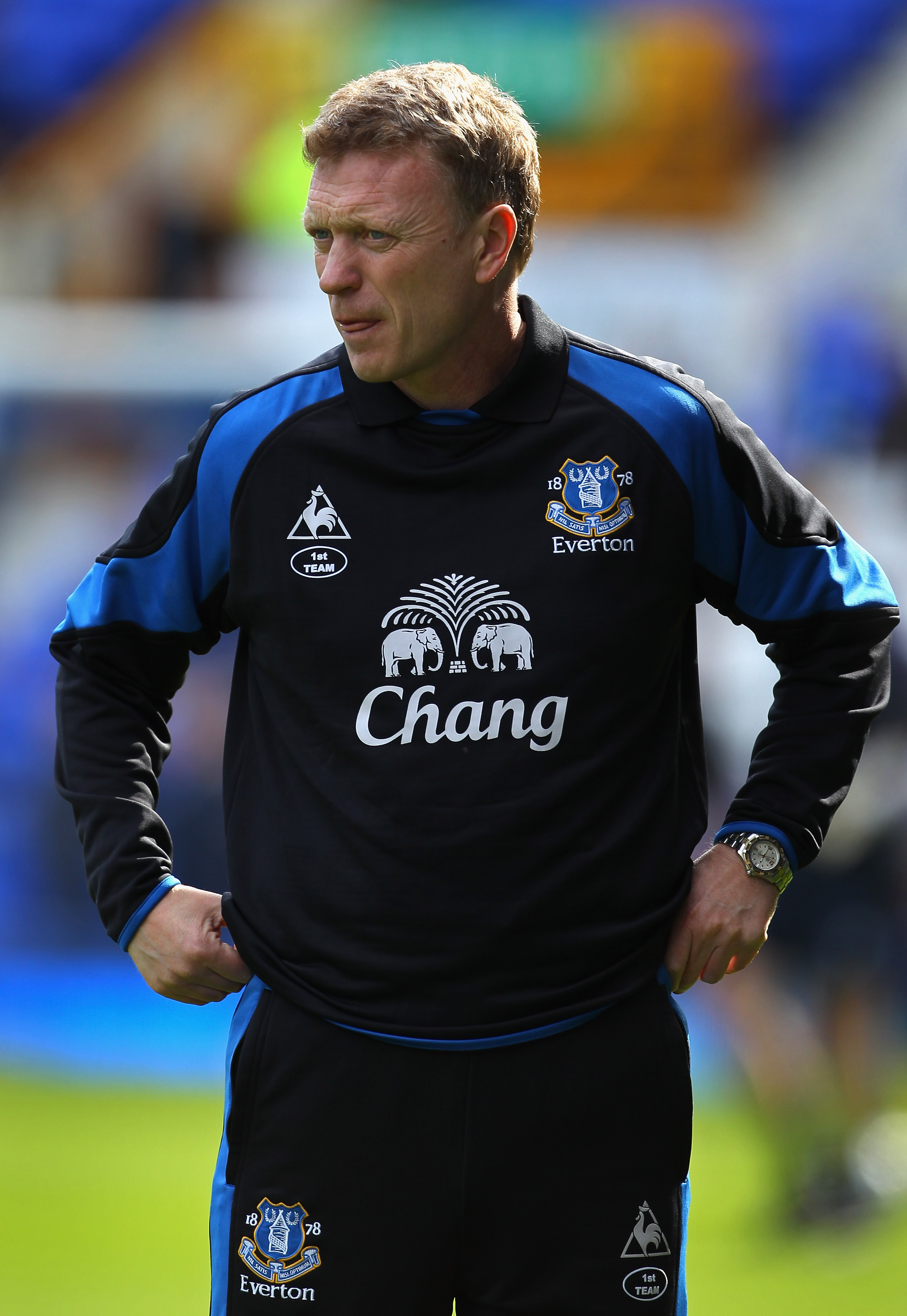 David Moyes has been linked with the hot-seat at Manchester United when the legendary Sir Alex Ferguson retires from the game.

However, he could be amongst the names to replace Arsene Wenger. He is proven in the Premiership and has worked on a shoe-string budget at Everton.

He has taken Everton once to the Champions League and has achieved consistency with the club.

Moyes has developed many talents like Jack Rodwell and Wayne Rooney in addition to finding key players at a bargain price like Phil Jagielka.

However, he has not had much experience in European competitions which count against him managing big clubs like United and Arsenal. 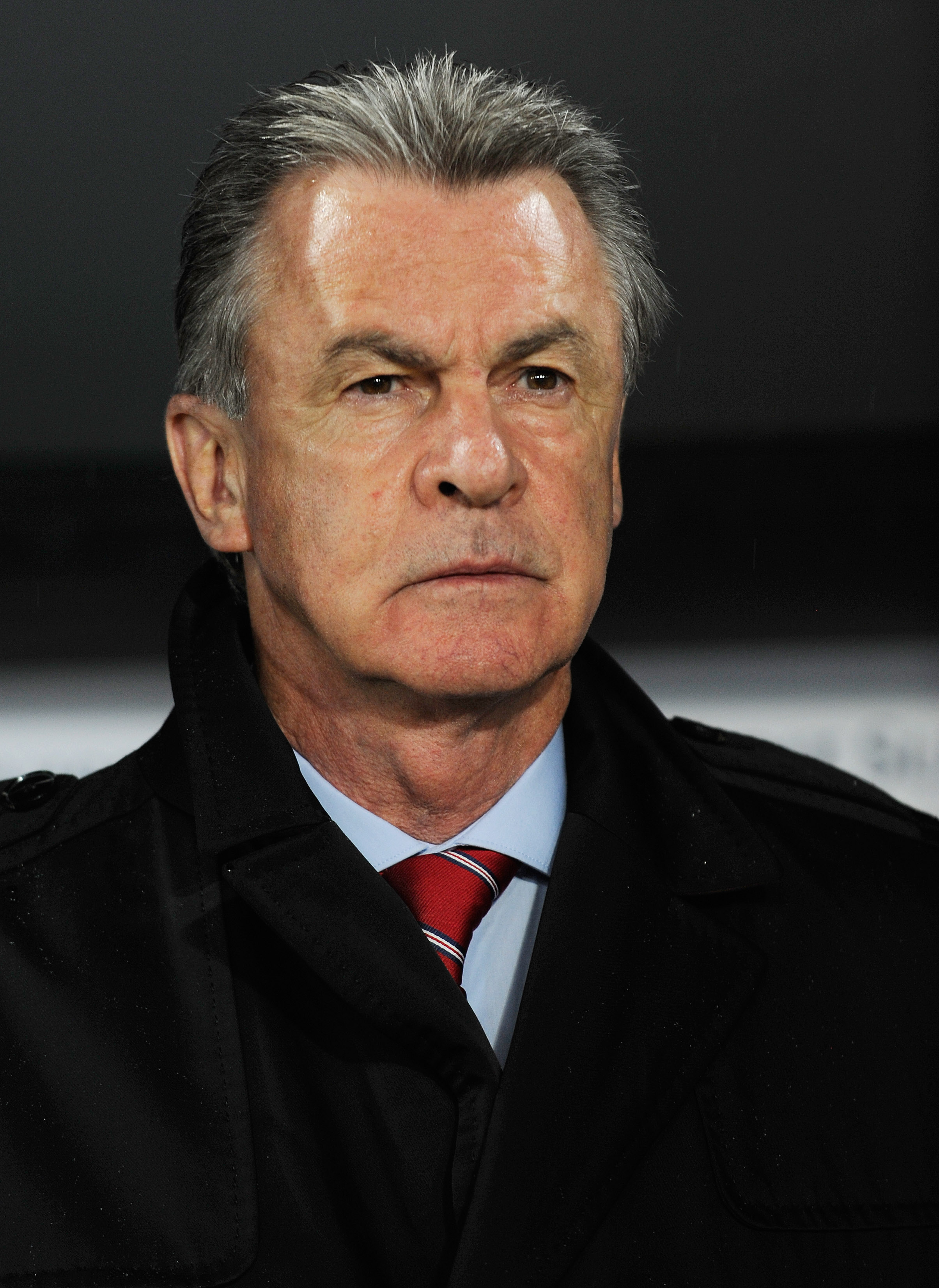 The current Switzerland manager is one of the most respected figures in the game and is amongst the best managers in the world in the last decade.

He is one amongst three managers in the world to have won the Champions League with two different clubs, Borussia Dortmund and Bayern Munich. He was voted as the best manager of the Bundesliga and led Bayern to a period of sustained momentum.

His quality as a manager is unquestionable and has the requisite experience in managing big clubs.

However he is 62 years old and recently did not want to be linked with Ferguson's job at Manchester United, citing his age and his preference for speaking German as the major reasons. 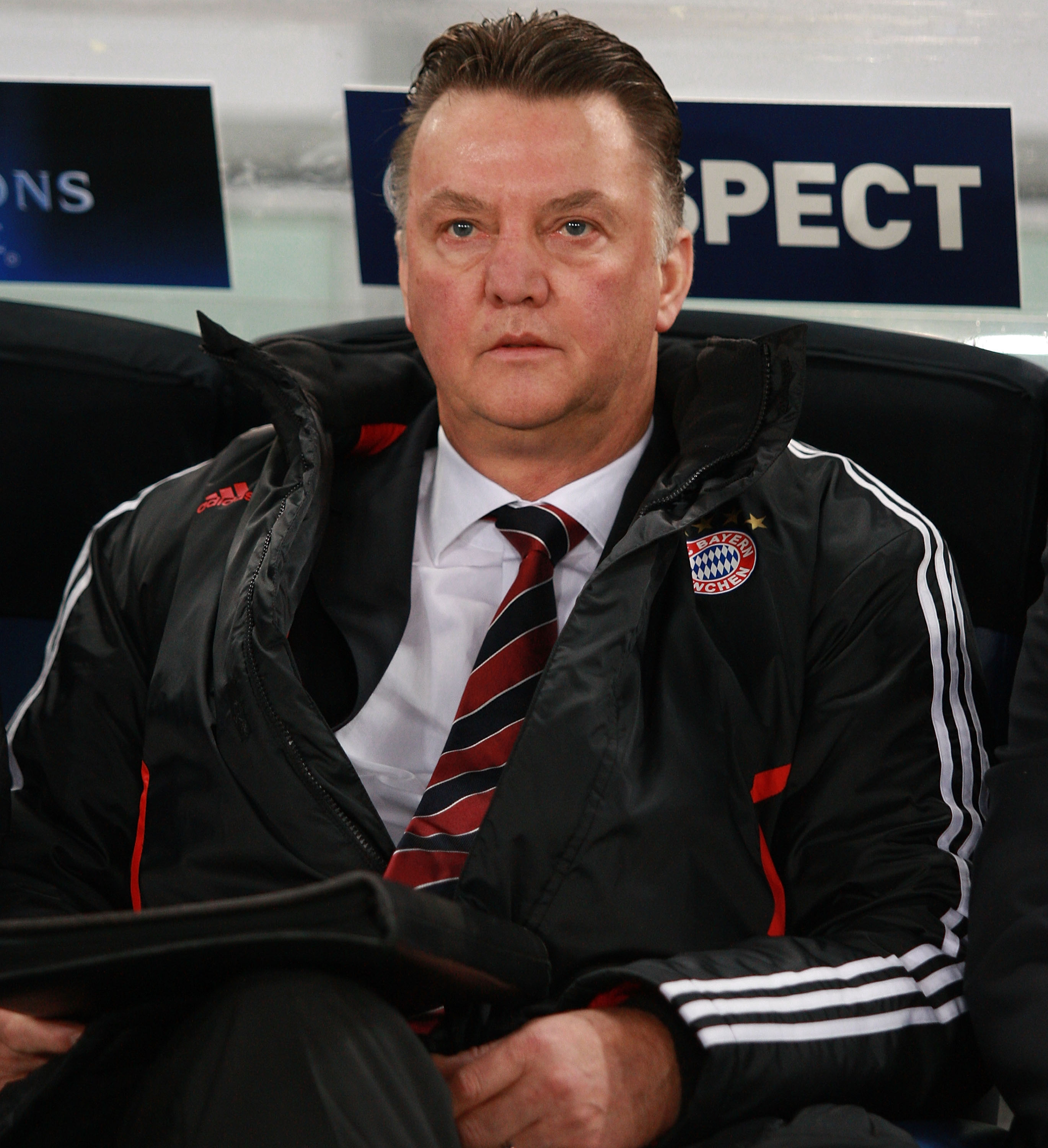 The vastly experienced Dutchman has been successful with various teams in different leagues. He started his managerial career at Ajax, where he was hugely successful.

He won the Dutch league and also the Champions League with a strong Ajax team in the 1994-95 season.

He left the club to succeed Sir Bobby Robson at Barcelona and has further moved to clubs AZ Alkamaar and Bayern Munich in the past.

He has endured some tough moments as a manager, but he has regularly been successful.

Though he has clashed with several players in the previous tenures, he has also been instrumental in developing several world-class talents and believes in providing time for youngsters to develop. 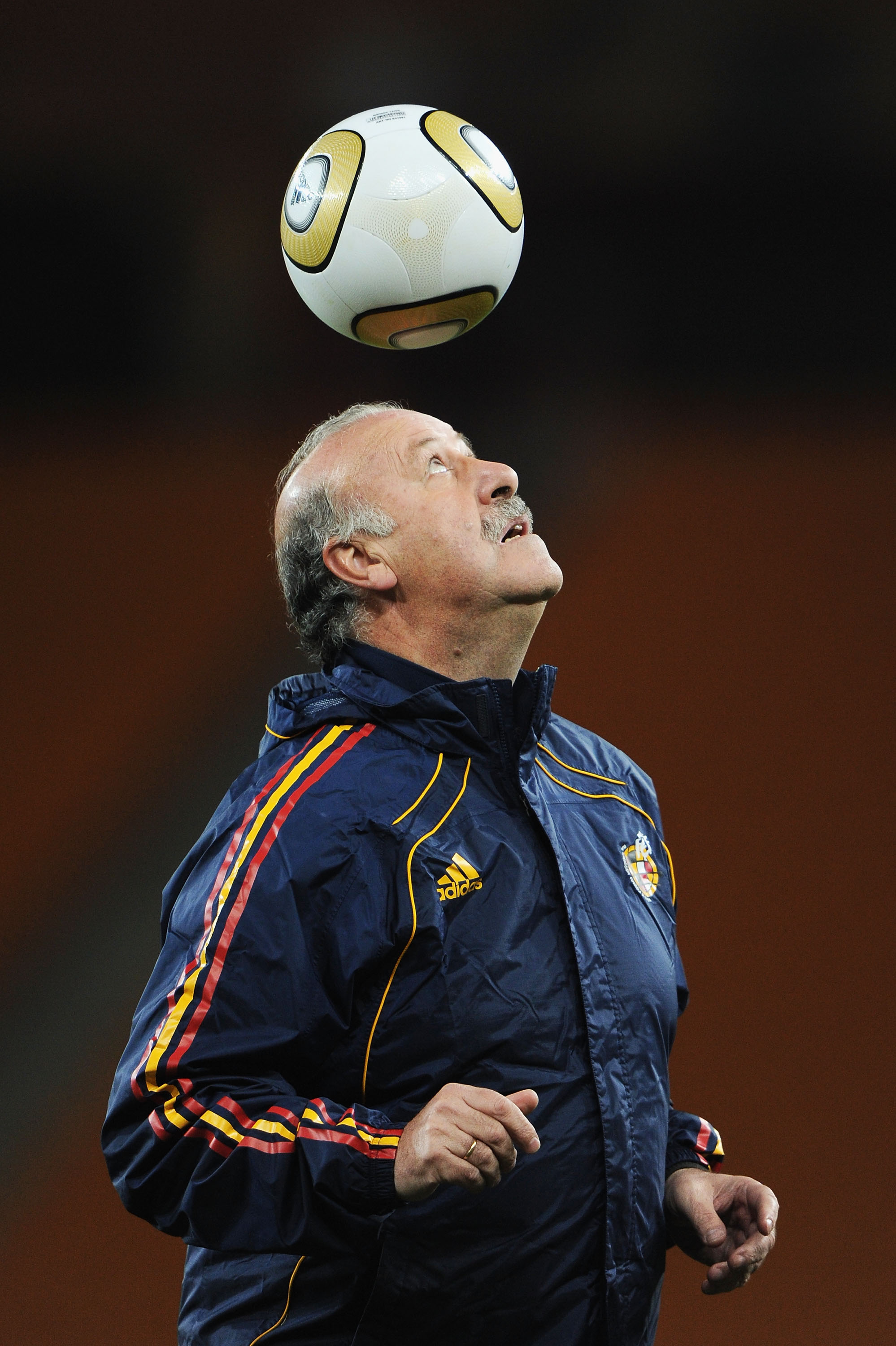 He was the World Cup-winning manager of Spain and boasts an excellent record as a manager. He led Real Madrid through one of their most consistent spells in history and is known to favour attacking positive football.

Real Madrid under Florentino Perez is one of the toughest challenges for any manager in the world and del Bosque showed his quality since he was appointed permanent manager in 1999.

He took over as the manager of Spain in 2008 and has been a key factor in their triumph in the World Cup where he managed to create a healthy atmosphere within the team.

His temperament is excellent, and despite Spain losing their first World Cup game, they managed to keep their cool to finish as Champions. 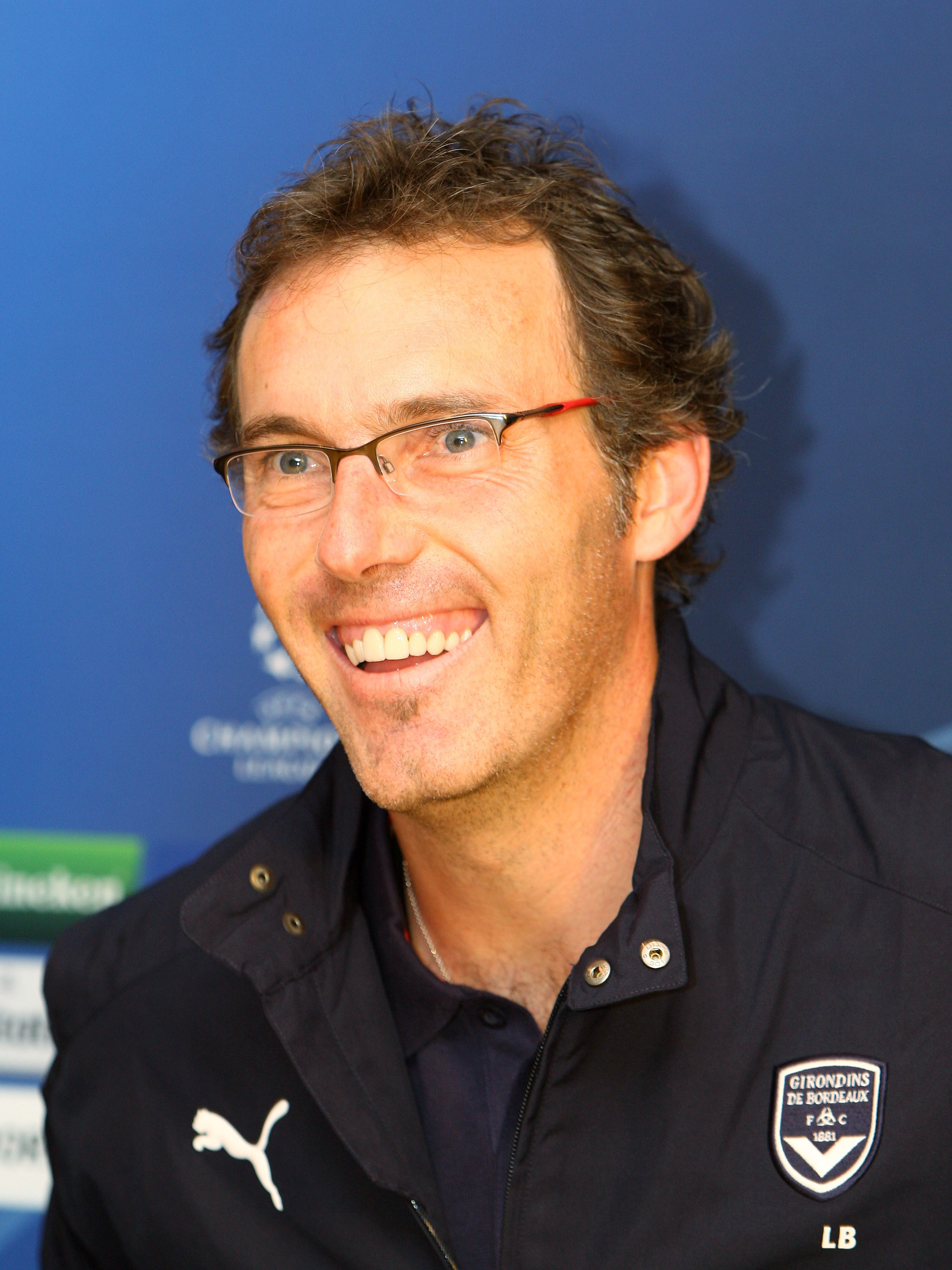 The former French centre back was recently in the eye of the storm caused by the racism situation discussed by the French Football Federation.

However, Blanc has been cleared of any charges and will continue to manage the French national team. Blanc took over as manager of Bordeaux in 2007 and achieved immense consistency with the French club.

Bordeaux won the league in the 2008-09 season where Marouane Chamakh played an important role as the main striker.

Since the debacle of the France national team under Raymond Domenech, Blanc has taken over as manager and has been quick to establish his authority by dropping all 23 players from the World Cup squad for his first game.

He has united the French national team and has had good results in the Euro qualifiers and friendlies.

He has worked with many of Arsenal's players including the likes of Nasri and Chamakh in the past and has shown that he can be successful on a modest budget at Bordeaux.

However, he has not had much experience in Europe and the Euro Championships in 2012 will be his biggest test at the highest level.

This article is also featured on The Invincible Gunners, a blog on Arsenal and also, you can follow me on twitter.