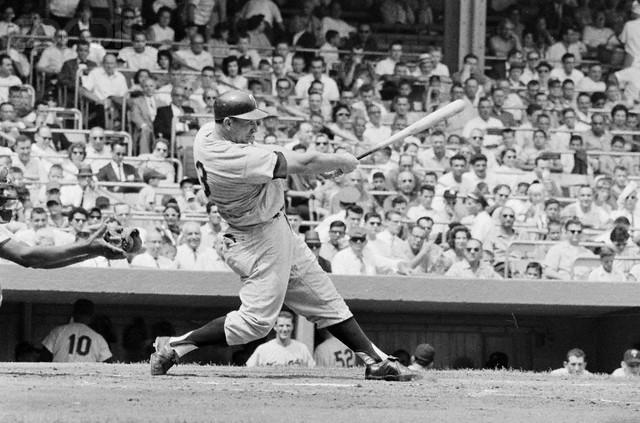 Killebrew had been battling esophageal cancer for nearly a year but announced late last week that he would be entering hospice and ending his fight against the disease.

Join us as we take a look at Killebrew's life and career, breaking down the life of one of the best hitters (and best people) the game has ever seen. 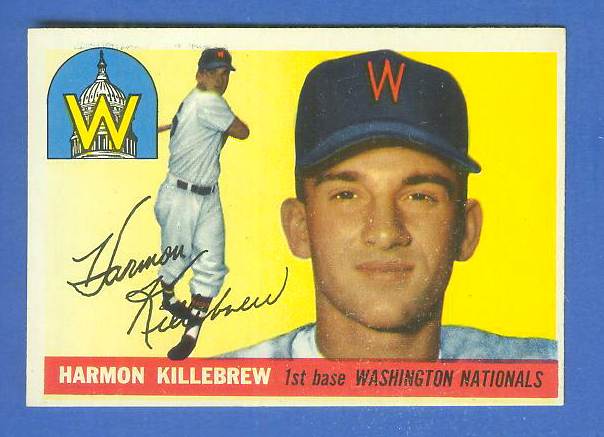 Harmon Killebrew was born on June 29, 1936 in Peyette, Idaho. He had athletics in his blood, as his father was an All-American football player at Millikin College, playing for legend Greasy Neale. His grandfather was the strongest man in the Union Army, according to apocryphal stories, winning every heavyweight wrestling title available.

Young Harmon played baseball at Walter Johnson Field, named for the Hall of Fame pitcher who grew up in Peyette. The future slugger earned 12 letters in three different sports in his college career and was an All-American quarterback at Peyette High School. He attended Idaho College, turning down a scholarship offer from the University of Oregon in the process.

Killebrew went on to play semi-pro baseball in Idaho, ripping the league to pieces while hitting .854 one season. 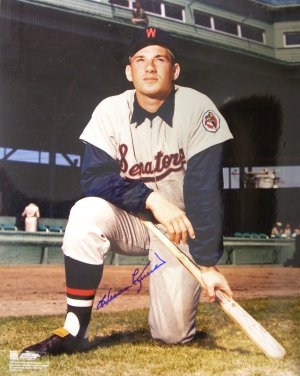 Killebrew made his debut with the Senators just four days after signing with the team, at the age of 17. He would make his first start on August 23, 1954, singling and doubling in the game, but struggled to adjust to big-league pitching in his early career.

Harmon would hit just .215 with four home runs in his first two years in the big leagues and struggled at third base behind veteran Eddie Yost. He struck out 34 times in 93 at-bats over the course of those two seasons.

Once his bonus expired, Killebrew was sent to the minors, where he flashed the power potential he would deliver on throughout his career. He bounced between the minors and the big leagues but wouldn't get his shot at a full-time gig until 1959, when the Senators dealt Yost to the Detroit Tigers and made Killebrew their full-time third baseman.

After a slow April, Killebrew took off like a shot, belting 28 home runs in the first half of the year and earning a berth on the All-Star team. He finished the season with 42 home runs but was ineligible for the Rookie of the Year award. 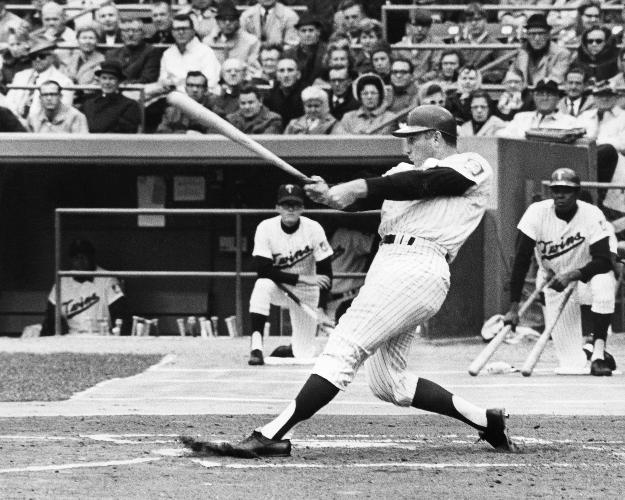 Killebrew would come into his own in a big way once the Senators moved to Minnesota and became the Twins.

He became one of the game's most feared power hitters with a swing that launched balls further than anyone else in baseball. He was a virtual lock for 30 to 40 home runs throughout the 1960s, carrying the Twins to the 1963 World Series, where they would lose to the Dodgers.

Killebrew was one of the earliest victims of the intentional walk, as he was the Twins' sole offensive threat, but his star continued to grow.

During his heyday, Killebrew's image was reportedly used as the basis for Major League Baseball's new logo, and while the rumblings were never confirmed, it shows how big of a star he was. Killebrew's swing was the stuff of legend, laden with power. The ball soared off his bat like few players in baseball history, and throughout his career he remained one of the most explosive hitters in the sport. 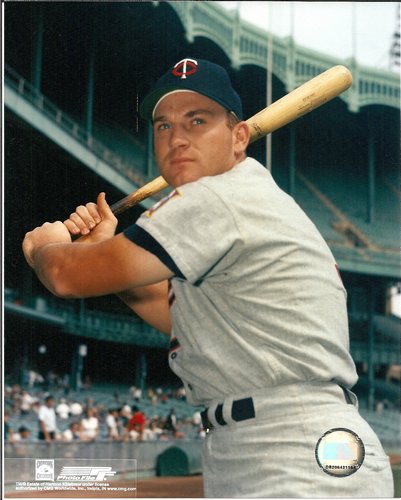 In 1973 and 1974, Killebrew was clearly on the decline. Injuries had begun to plague the slugger, and he hit a total of 18 home runs and drove in just 86 runs between those two seasons. At the end of the 1974 season, the Twins gave Killebrew a choice: Accept a position as a coach or manager or be released.

He chose to be released and signed with the Kansas City Royals in 1975. But the slugger had lost his stroke and hit just .199 with 14 home runs that season. He retired after the season ended.

Killebrew was long one of the game's most beloved superstars, thanks to his humble demeanor. He was still an icon in Minnesota after his retirement, and in his later life he became one of baseball's greatest ambassadors. He was inducted into the Hall of Fame in 1983, having missed out on previous ballots thanks to voters who felt only a certain number of players could be inducted each year. 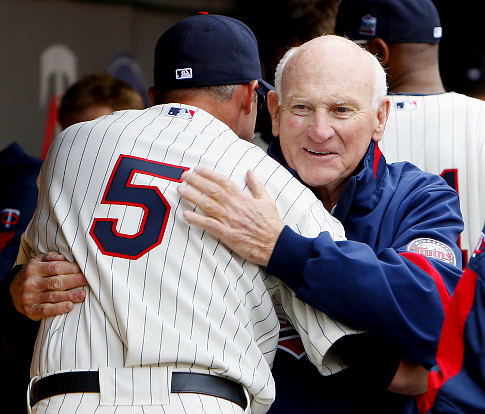 Killebrew became a vocal advocate for hospice care later in life, and the former slugger was one of the game's most widely respected figures.

Late in 2010, the former first baseman was diagnosed with esophageal cancer, and last week he entered hospice care.

Killebrew was one of the greatest hitters the game has ever seen, but that was only part of what made him so beloved. The Hall of Fame first baseman was one of the nicest, most unassuming stars in the sport's history and was an icon in Minnesota until the day he died.

Harmon was the first true star the Twins organization had and was a perfect fit for the burgeoning fanbase, who loved and adored him. He was a class act and one of the best human beings in the history of the sport.

The world is a little bit darker knowing that Killebrew is gone. He will be sorely missed.