Green Bay Packers 2011: 5 Players Who Could Be on the Trading Block 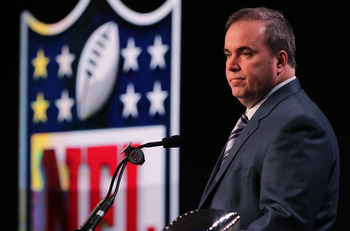 I’m just going to come right out and say it. In terms of talent, the Packers have an embarrassment of riches.

I know this probably isn’t news to anyone who follows the Packers, but the reason I bring it up is to highlight a less rosy side to the Packers good fortune. Namely, that they literally have more players than they can handle at some positions.

Knowing that, it might be time for the Packers to make some moves. Beyond the players they may lose via free agency (Cullen Jenkins, James Jones, etc.), I wouldn’t be surprised to see Ted Thompson make a trade or two to free-up cap space and/or pick up some extra draft picks down the road.

Once the league year begins (or, rather, if it begins), the following is a list of players most likely to be dealt prior to the season (in ascending order):

To stay up to date on all of my B/R writing, become my fan. Also, be sure to follow me on Twitter: @InspectorKrum. 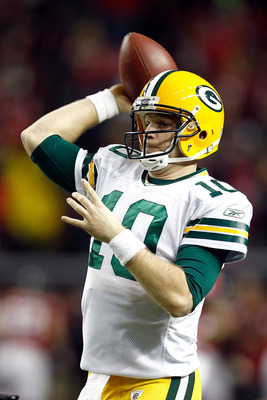 Likelihood of being traded: 20 percent

Flynn’s number would have been a lot higher had the Packers drafted a quarterback in last month’s draft.

There is no doubt that trading Flynn could yield solid value in return (either future draft picks or another player), but that would leave the Packers scrambling to fill the backup role with a free-agent veteran.

Those veteran options are also a bit of a risk, as they are likely to be in the twilight of their career. That isn't always a recipe for success. Remember when the Bears briefly played Todd Collins in the NFC Championship game?

For that reason, among many others, I think Flynn will remain the backup in Green Bay next season. 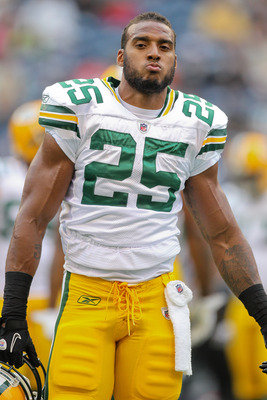 Likelihood of being traded: 30 percent

With the emergence of James Starks at the end of last season and the recent drafting of Alex Green, Ryan Grant’s hold on the starting running back position is decidedly more tenuous.

Many people were quick to count Grant out following the season, but I personally think trading Grant would be an unwise move.

Hopefully, Ted Thompson agrees with me.

Those are top-15 stats. Yes, James Starks looks like he could be the future at RB for the Packers and Alex Green may prove to be a great back as well, but we know what to expect from Grant.

That should count for something.

Losing him would put the Packers ground attack in the hands of two largely untested young players. With Mike McCarthy clearly wanting a more balanced offense next season, that is an especially risky proposition.

Coming from the opposite side, the trade market for Grant isn’t likely to yield a great deal of value in return. Not only will Grant provoke injury concerns from other teams, but he is expensive. Including bonuses, his salary could hit upwards of $6 million in 2011.

Add all that up and I would expect to see Grant in a Packers uniform next season. 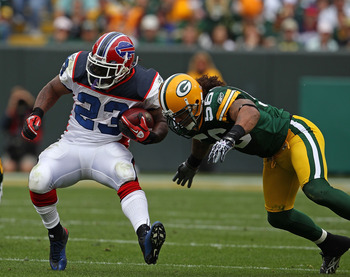 Likelihood of being traded: 35 percent

One way or another, I think Nick Barnett will be playing somewhere other than Green Bay next season.

After spending the final 12 regular season games and all of the playoffs on the injured reserve list, Barnett very likely lost his job at ILB. The Packers have recently made long-term commitments to A.J. Hawk and Desmond Bishop, who are likely to begin the season as the starters.

With over $5 million due in salary next season, Barnett is not exactly a financially savvy backup. The problem is, that salary also makes him bad trade bait.

Another player that will have the “injury risk” tag stuck to him in the trade market, I think Barnett’s future is on the waiver wire. He will turn 30 this month and is likely no longer in the long-term plans of the Green Bay Packers.

He has had a good career in Green Bay, but I think he has played his last game at Lambeau Field. 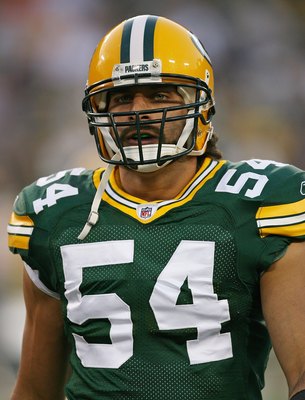 Likelihood of being traded: 45 percent

Brandon Chillar is unfortunately stuck in the same boat as Nick Barnett. With Desmond Bishop and A.J. Hawk holding down the two ILB spots, there won’t be many snaps available to Chillar.

At a year-and-a-half younger and over $1 million cheaper, however, the options available for handling Chillar are much more diverse.

I wouldn’t expect him to fetch a particularly high price on the open market (perhaps a third-round pick), but could imagine more than a few teams being interested in his services.

I could also see the Packers keeping Chillar next season and using him as the primary backup for Hawk and Bishop. At just under $4 million, Chillar isn’t cheap, but he also isn’t prohibitively expensive. He knows the system and could seamlessly step in if Green Bay is again bitten by the injury bug (knock on wood).

His status is a bit uncertain, but I expect to see him on the Packers sideline next season. 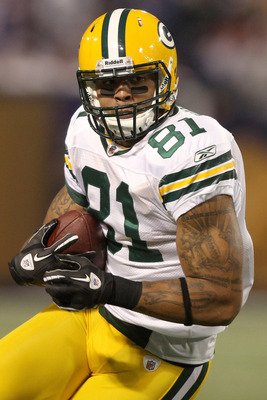 Likelihood of being traded: 50 percent

I’m just as surprised as the next person that Quarless’ future in Green Bay would be in doubt after only one season, but after the Packers drafted two tight ends in last month’s draft, it’s hard to be optimistic.

Quarless did an average job at best filling in for injured Jermichael Finley, and with the highly talented D.J. Williams coming into camp and Finley returning from IR, Quarless may find himself on the outside looking in.

At just 22, however, Quarless may get some decent attention on the free-agent market. He is a gifted athlete and the TE position is becoming an increasingly important weapon in passing games around the NFL. That makes him an interesting piece of trade bait.

His salary ($365,606 in 2010) can easily fit under almost any team’s cap, and I would be surprised if the Packers didn’t at least shop him around once the lockout ends.

To stay up to date on all of my B/R writing, become my fan. Also, be sure to follow me on Twitter: @InspectorKrum.