Chelsea vs. Man U: 5 Tactical Mistakes That Led to the Defeat at Old Trafford 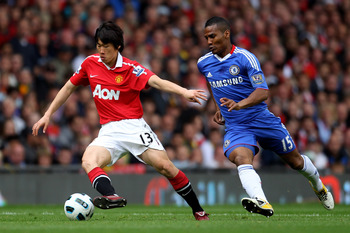 OK, the game is lost. So what can we learn from this game?

This game has revealed quite a number of problems in the team and were KO'ed more thoroughly than that in the Champions League Quarterfinal.

Is it the manager's fault, David Luiz's fault, Fergie's wit or Hernandez's killer instinct that has brought the defeat in the most important game for Chelsea in this season?

David Luiz: A Hole in the Defense or a Surprise Factor? 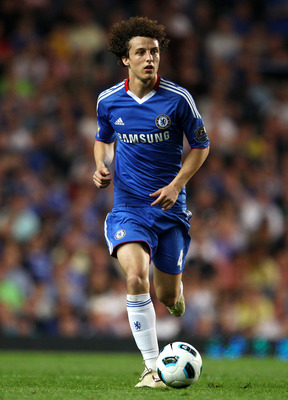 Yes he's talented; yes, he may be the legitimate successor to John Terry, and yes, he's a lovable guy. But at this stage he is still an unpolished jewel.

His defensive positioning is flawed. This has been shown over and over again in previous matches that he is still not such a reliable centre-back yet.

There might be doubts over the fitness of Alex at the start of the match, but looking at his performance it makes one wonder why he was not preferred over his younger compatriot.

Eventually he was substituted in the second half, but it was too late.

Ramires: The New Battery in Midfield 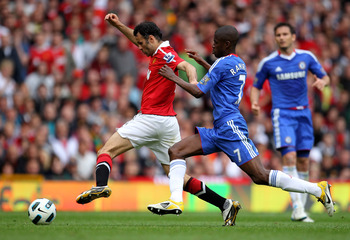 I wonder why Essien was preferred over Ramires in the starting line-up.

Yes he was injured earlier so his form might have suffered. But putting Essien and Lampard in midfield simply means a lack of pace.

In this game the build-up took too much time. Every time it reached the feet of Essien or Lampard the ball stopped or went sideways.

Yes, Man Utd players lined up well in front of the box, but it was because Chelsea gave them too much time to go back into positions.

With Ramires' speed and dribbling skill, he could do what Essien and Lampard could not do and add a little variety into the team.

Ivanovic: Not Bad but Too Expected 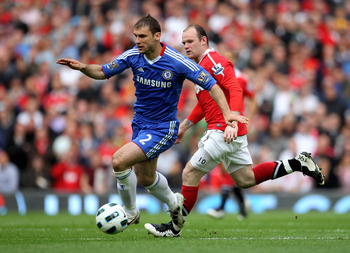 It is understandable that Ivanovic is the best right-back on the team, but the opposition knows him too well.

It is not to say that Ivanovic is not as good as Luiz, but should Luiz be deployed in his position, Chelsea might have added much-needed width and speed on the right wing, and could also still use his attacking power without the risk of putting him in the centre-back position.

It is surprising that he who has been booked remained on the pitch instead of Luiz. Perhaps it was because there was some kind of altercation between the Brazilian and the gaffer.

Unchanged Formation Even When Losing 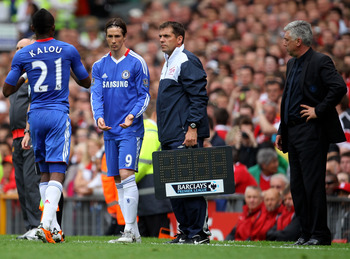 Frankly I am not especially a fan of Jose Mourinho, but his determination and readiness to make changes are much appreciated.

Even if the changes are not sound tactically, they instill a renewed will to fight among players. In this must-win game by Chelsea, Ancelotti kept the whole formation of the team even when losing.

Did he think about changing the formation, say, by pushing Luiz to midfield or pushing Ashley Cole up the field to form a 3-5-2 so as to counter the midfield power of Man Utd, or whatsoever?

The formation proved to be ineffective, but Carlo didn't do anything about it.

Torres: Not When the Team Is Losing 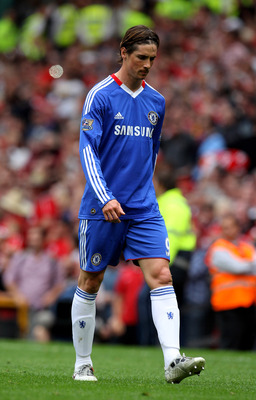 Now he is obviously not in a good form and against Man Utd's defense he has no chance. Even Kalou had a header that forced Van der Sar to make a reaction save.

Torres is not suited for this kind of situation. It is damaging to both the team and himself, and Carlo.