NASCAR Sprint Cup at Richmond: Kyle Busch and 10 Drivers Likely to Be in the Mix 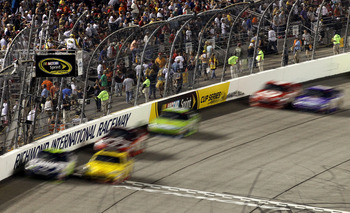 Richmond International Raceway, a track with tons of fun racing that tests drivers skills while also giving them a fun return race after Easter weekend.

This is the first of two races at the track this year and guarantees an interesting and entertaining night of racing.

Come with me as I make my picks for this weekend's Cup race. 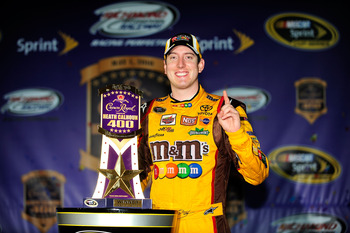 Little Busch is pretty awesome at this track with a win and a second last year and a win in May of 2009.

He's on fire in the Nationwide series this year so expect him to bring the momentum over to the Cup series this weekend. 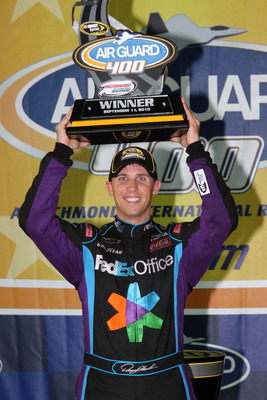 Hamlin has really been the only one to keep up with Kyle at this track the last few years with a win last year and a win in 2009, he also finished 11th in May last year.

This is his home track and he loves to show up for his fans here.

I expect him to be challenging Kyle at the end if he can catch the horse shoe that seems to have fallen out of Jimmie. 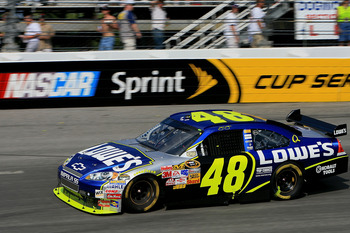 The last person to win before Little Busch and Hamlin took over this track was Johnson.

Last May he finished 10th here and third in September. Definitely can't leave him off this list. 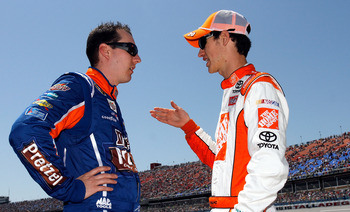 Logano actually did pretty good here last year with a third in September and a 16th in May.

He's not really a huge name, but I think the third year driver can impress some people Saturday night. 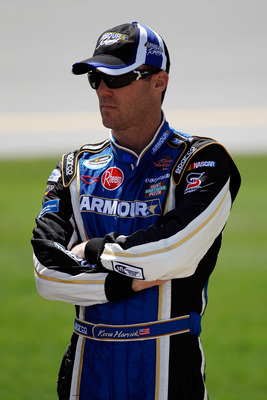 Back to back wins this year, a ninth in September, and a third in May here last year plus a win in 2006 at this track.

Quite an impressive resume and one that gets him on my list. 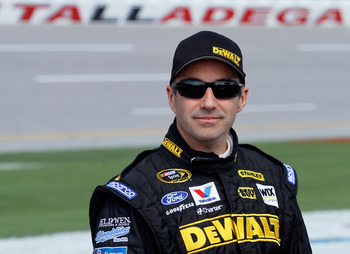 You don't often see Ambrose on the lists in NASCAR unless it's a road race but he finished fifth and ninth here last year so I think he deserves a little respect.

He only has two top 10s this season but I think he can add to that number under the lights. 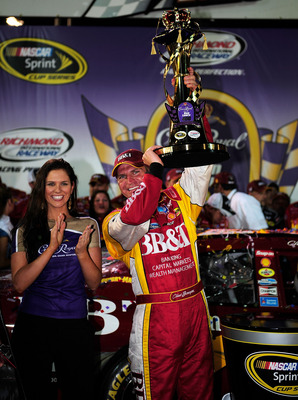 He's sitting top 10 in points right now with four top 10s and should do pretty good here this weekend. 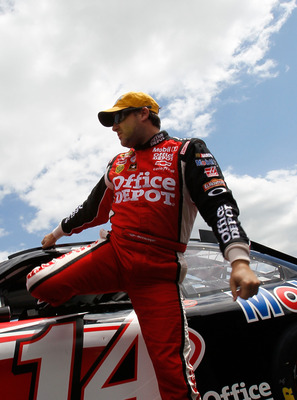 Smoke didn't do too great here last year with a 16th and 23rd but he is a three-time winner at this track (granted his last win came in 2002).

He's sitting outside the Chase right now and that usually makes  Smoke mad so I expect to see him do something here this weekend. 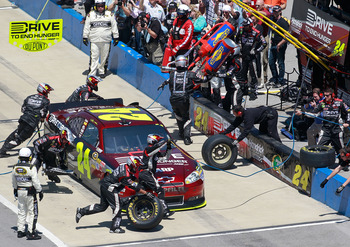 Gordon hasn't won here since 2000 but does have two wins at this track and finished 12th and second last year here.

He has won win this season and three top 10s so I think he deserves this spot. 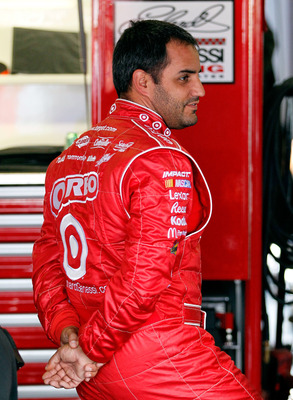 Montoya loves these small tracks as is evident by his results at them.

He doesn't have a win here but he had two top sevens last year with a sixth in May and seventh in September.

He also has four top 10s this year and is pretty consistent when he gets a chance to be (barring accidents).

We may not see him pull off a win but look for a solid top 10 from the Target car. 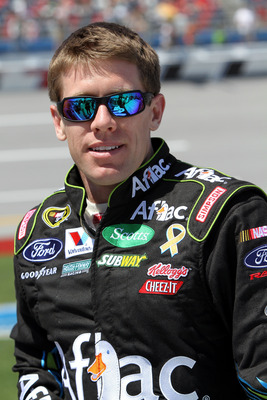 Surprisingly (to me) Edwards has never won at this track even though he won the Pole in September (won by Hamlin) and finished 10th in that race.

He also finished fifth in May and leads the points with six top 10s out of eight races and has one win this season as well.

On paper he looks pretty good in this race but I'm wondering if the curse of no wins here will follow him or if he can use his momentum this season to win this race.