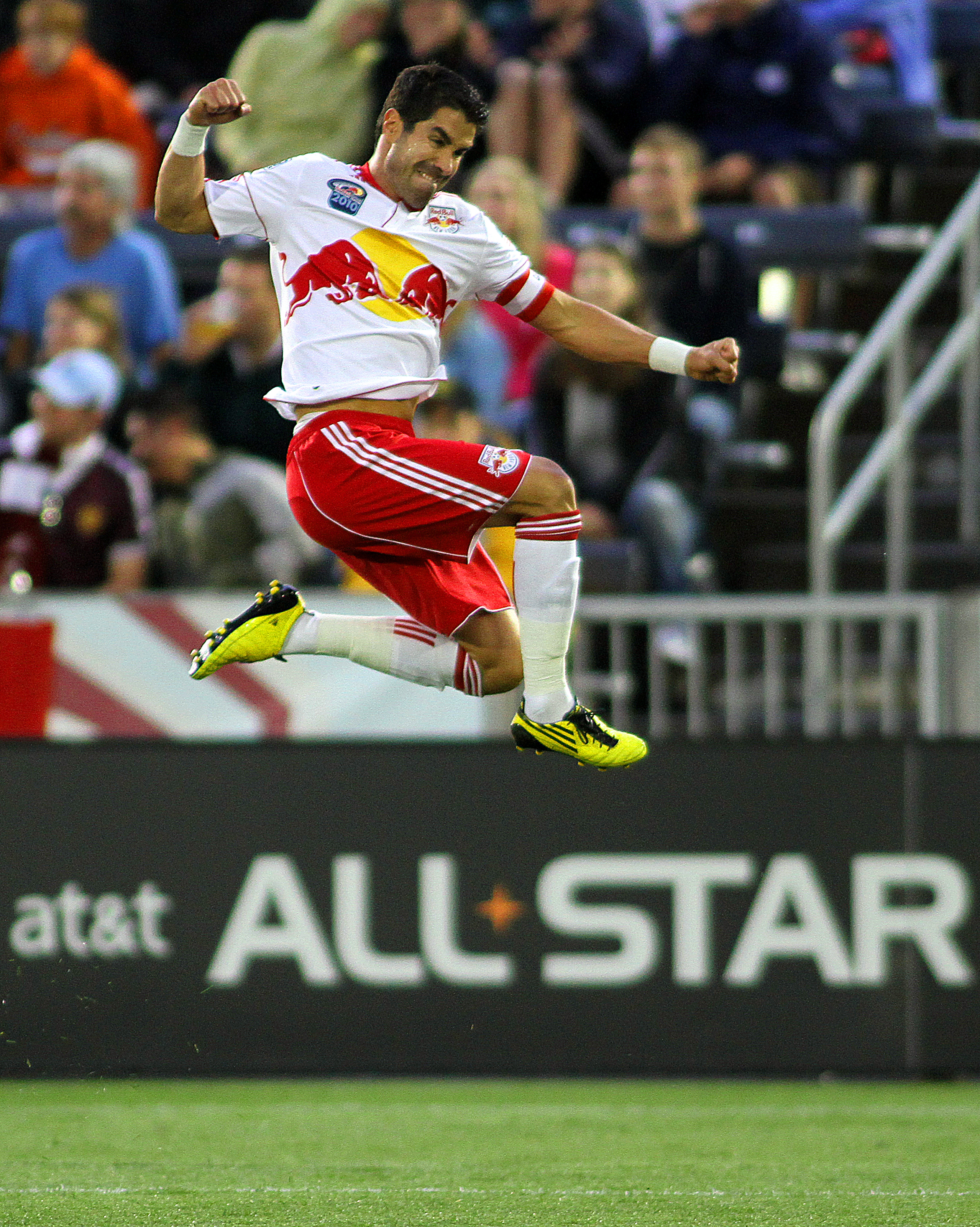 Part of the original franchises to join Major League Soccer, New York has seen many changes since their inaugural season in 1996, none more so than their name change from the Metrostars to the Red Bulls.

Over the years the team's supporters have seen different logo's, uniforms, stadiums, ownership and players—some good, some not so good!

Today's Red Bull team is one of the best collection of talent in the league, led by former France and Arsenal legend Thierry Henry. Yet before Henry, there have been many great players before him.

Here we count down the top 10 players in Red Bulls/Metrostars history. 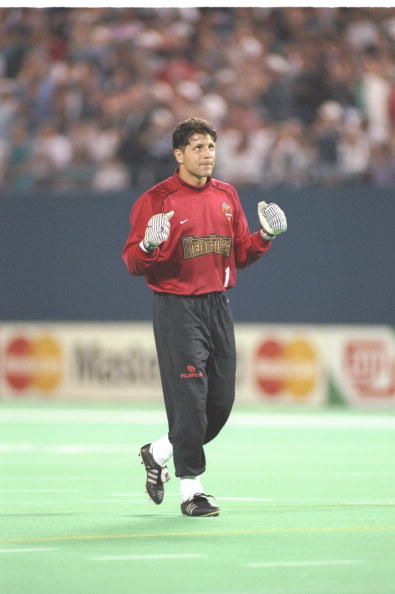 Before American goalkeepers such as Kasey Keller, Brad Freidel and Tim Howard were shining in the Premier League, the United States already had an exceptional goalkeeper in Tony Meola.

The Kearny, NJ native was allocated to the Metrostars for the league's opening season in 1996 and was the teams No. 1 goalkeeper for their first three years before eventually being traded to Kansas City.

Meola returned to New York in 2005 for two more seasons as the franchise became the Red Bulls.

In total, he made 140 appearances for the team while amassing 100 caps for the US National Team. 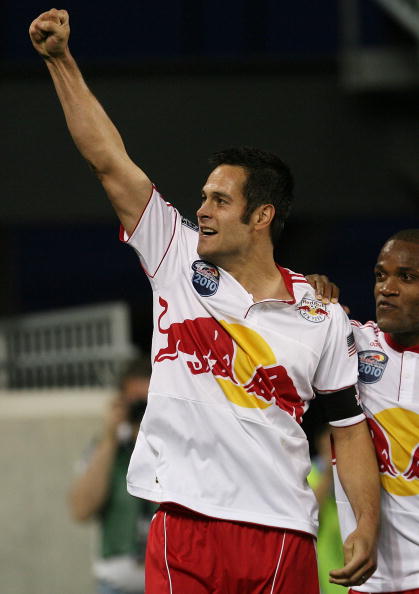 Crime of the Century. Revenge is Coming.

Mike Petke received instant notoriety and become a hero with the fans when he scored against Colorado in August 2000 and revealed a T-shirt with the above slogan written. It was done in protest of Mamadou Diallo who broke Metrostars goalkeeper Mike Ammann's ribs four days earlier.

Since then, the Bohemia, NY native went on to set the franchise record in appearances, starts and minutes for the club.

He also held the distinction of being the first Red Bull to captain the team in its new home of Red Bull Arena in March 2010. He even marked the occasion with a rare goal and his passionate celebration showed exactly what it meant to him.

Mike retired following the 2010 season, but the fan favourite stayed on at the Red Bull's in the Front Office. He makes many public appearances on behalf of the club and continues to work with the first team as a coach. 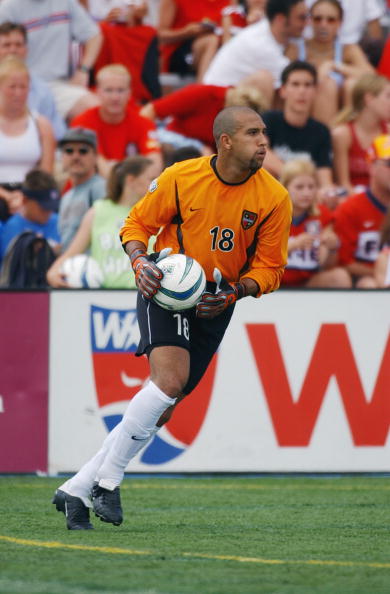 Tim has gone on to gain worldwide notoriety of his goalkeeping brilliance as a member of Manchester United, Everton and the US National Team.

Prior to joining United in 2003, he spent five-and-a-half seasons with the Metrostars, making 97 appearances for the club and won the MLS Goalkeeper of the Year in 2001.

His Metrostars performances not only earned Howard his move to the Premier League but also saw him being elected to the franchises all-time XI where he beat out US goalkeeping great Tony Meola for the honor. 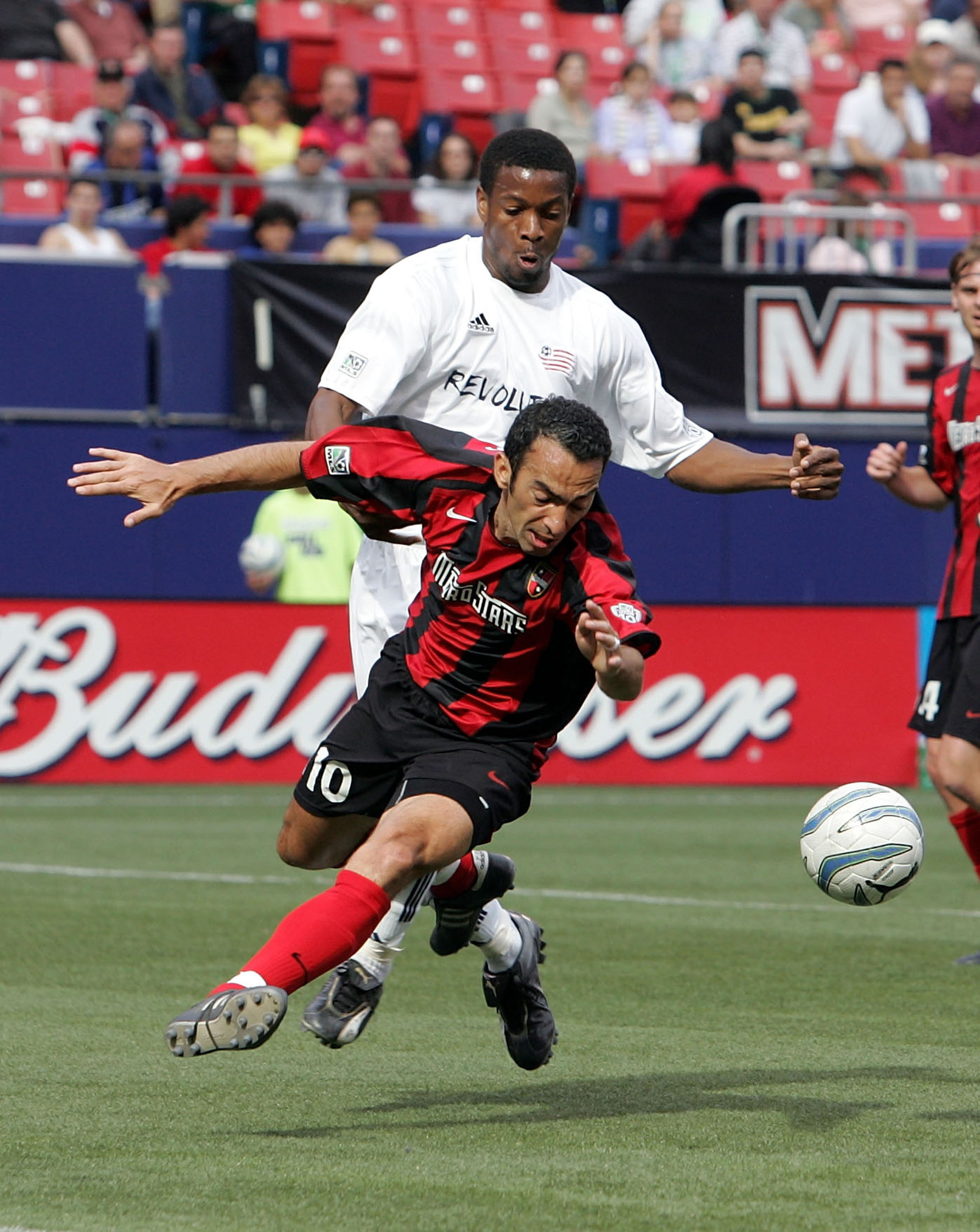 Djorkaeff arrived at the Metrostars after an outstanding career in Europe which saw him amass a World Cup, European Championship and 82 caps for his native France.

Despite his credentials, many were skeptical that his move to Major League Soccer was simply to play on in his retirement years while living in one of the greatest cities in the world.

How wrong those people were!

2005 was as good of a season as anyone has ever played in a Metro/Red Bulls shirt.

Youri's presence, professionalism and leadership lifted those around him, and he was responsible for some of the most important goals of the team's run to the playoffs.

He retired following the 2006 season after scoring 13 goals in 49 games during his memorable two seasons with the franchise. 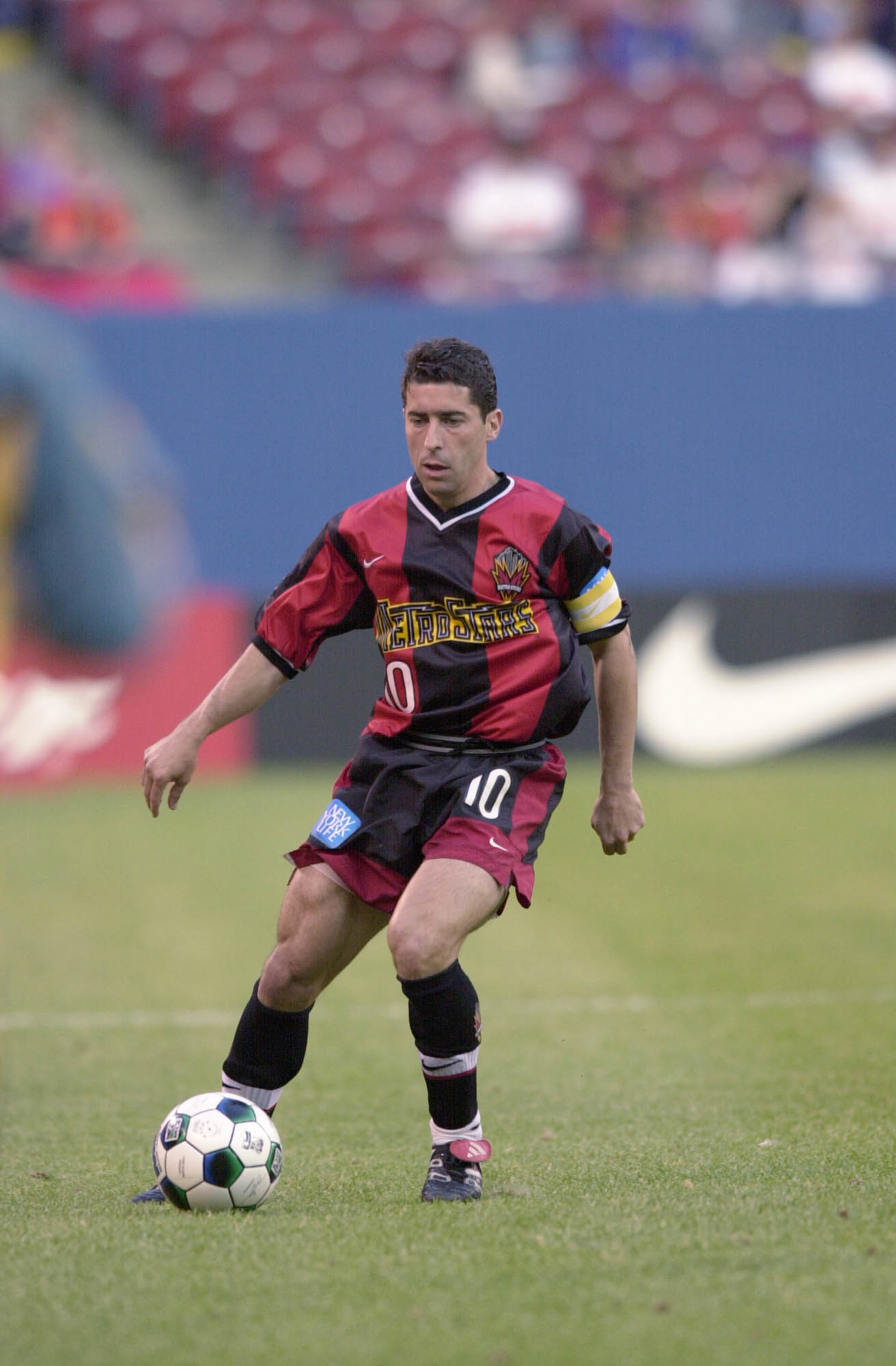 The Red Bulls may have finally found their answer in their quest to find a "No. 10" playmaker when they acquired Dwayne De Rosario from Toronto. But the franchise started out their existence with a great one who went on to play for the team in its first seven season.

Tab Ramos grew up down the road from Giants Stadium in Harrison and Kearny, NJ after emigrating from Uraguay aged 11 and was the first player to be officially signed with Major League Soccer.

Injuries during his seven seasons with the team meant Ramos was never full able to live up to his full potential, but he was named to three MLS All-Star teams and amassed 10 goals and 39 assists during his 131 appearances for the club. 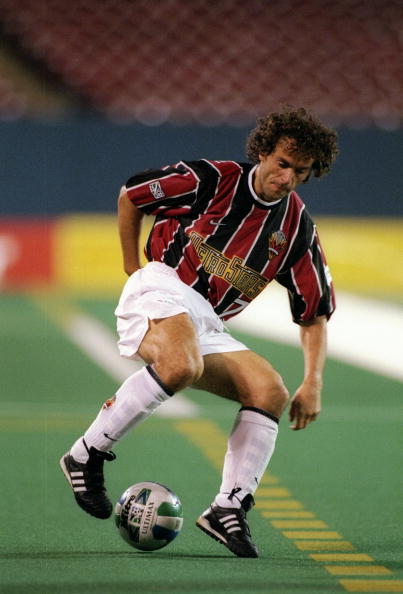 As one of the world's great players for AC Milan in the early 1990s, Donadoni became one of Major League Soccer's pioneers, bringing instant respect to the league and the franchise when he signed with the Metrostars for their inaugural season in 1996.

Still possessing world class skills, he excited the Metro faithful for two seasons while remaining the consummate professional he had been known as throughout his career.

The two-time league All-Star returned to Milan following the 2007, yet his 55 games showcased one of the greatest talents MLS has seen. 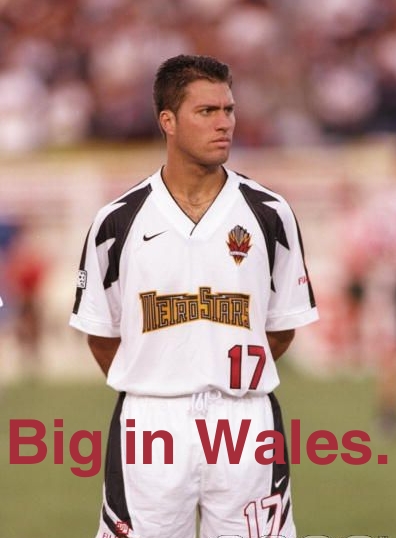 Saverese was a Metro original and made as good of a start to a new franchise as possible, scoring the first eight goals of the Metrostars' existence, including a spectacular bicycle kick and a hat trick.

He was beloved the fans more than his coaches however and often found himself on the subs bench, which made his 44 goals in 96 appearances even more remarkable.

He was traded to the New England Revolution in 1999 amid a fan outcry, but those fans did vote him into the franchises all-time XI in 2010. 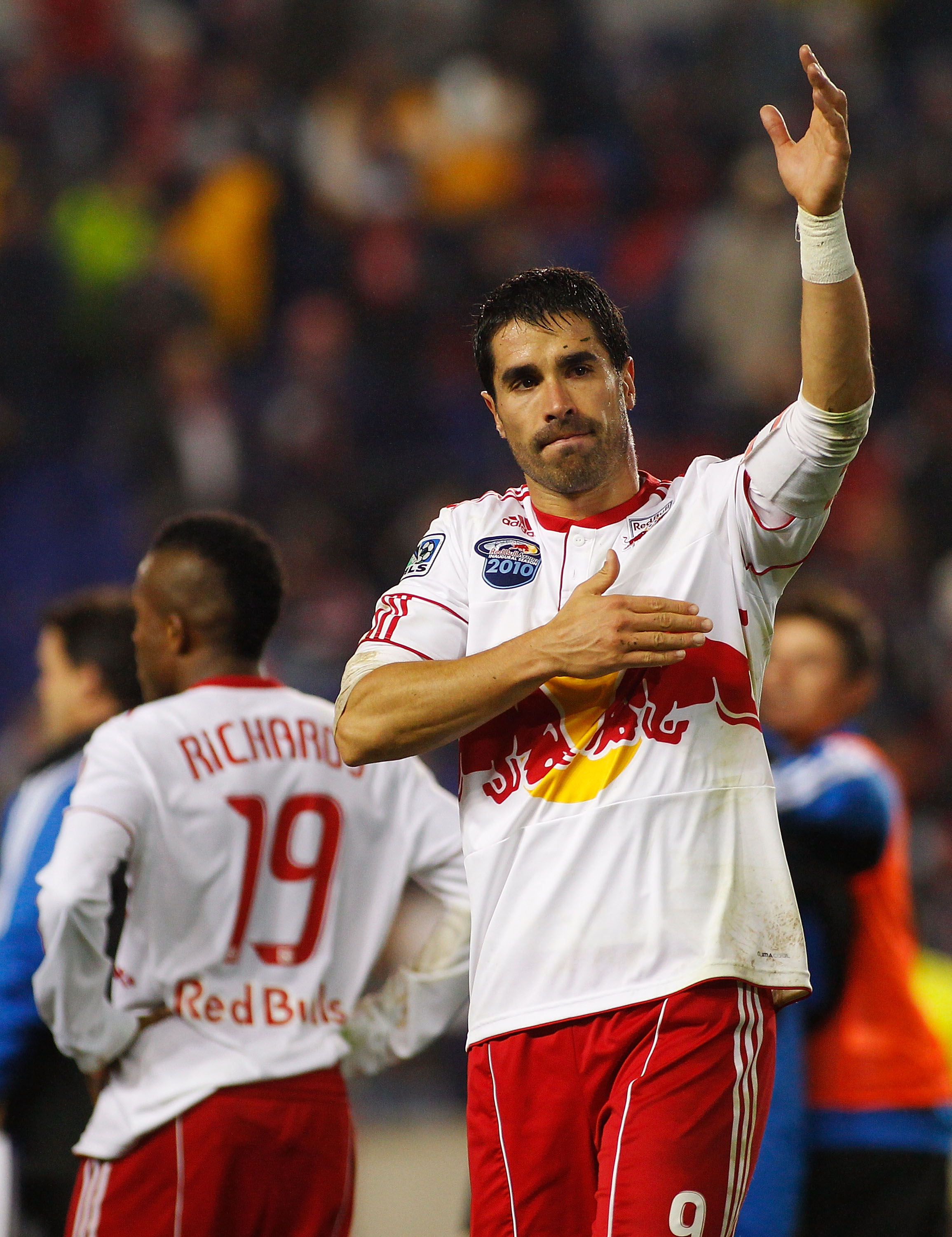 The Cherubic Assassin arrived in New York in 2007 from Premier League team Aston Villa, joining Claudio Reyna in becoming a Designated Player for the franchise in the DP rules inaugural season.

While Rayna struggled with injuries during his time in New York, Angel more than lived up to his seven-figure paycheck, scoring goal after goal for the Red Bull and captaining them to their first (and to date, only) MLS Cup appearance in 2008.

2010 became his final season for New York as management chose not to re-sign him. He still provided some major contributions to the team that year, including two injury-time winners. A penalty against Dallas and a spectacular free-kick against Houston, not to mention a goal in his final appearance for the team in the playoffs against San Jose.

Now with LA, Angel will always be a legend in New York where his 62 goals in all competitions are more than anyone else in franchise history. 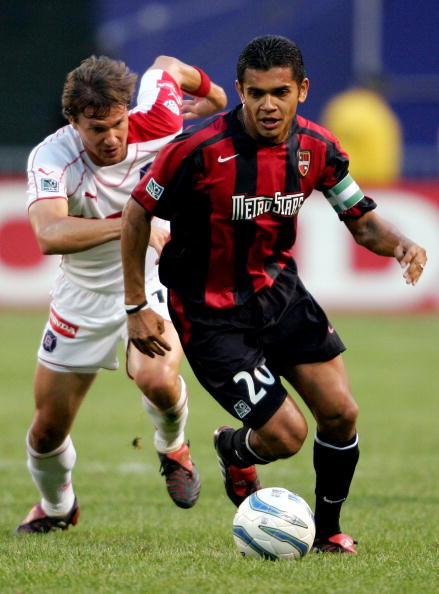 After signing with the Metrostars in 2003, Guevara quickly became the dynamic playmaker that the whole team could play through and was the focal point of New York's attack.

He notched up an abundance of accolades during his time in New York, including three MLS All-Star appearances (including an All-Star MVP), MLS Scoring Champion and MLS MVP in addition to many team awards.

Guevara's relationship with management became estranged in 2006 and he was traded to Chivas USA at the end of the season but not before scoring 39 in appearances 117 for the club. 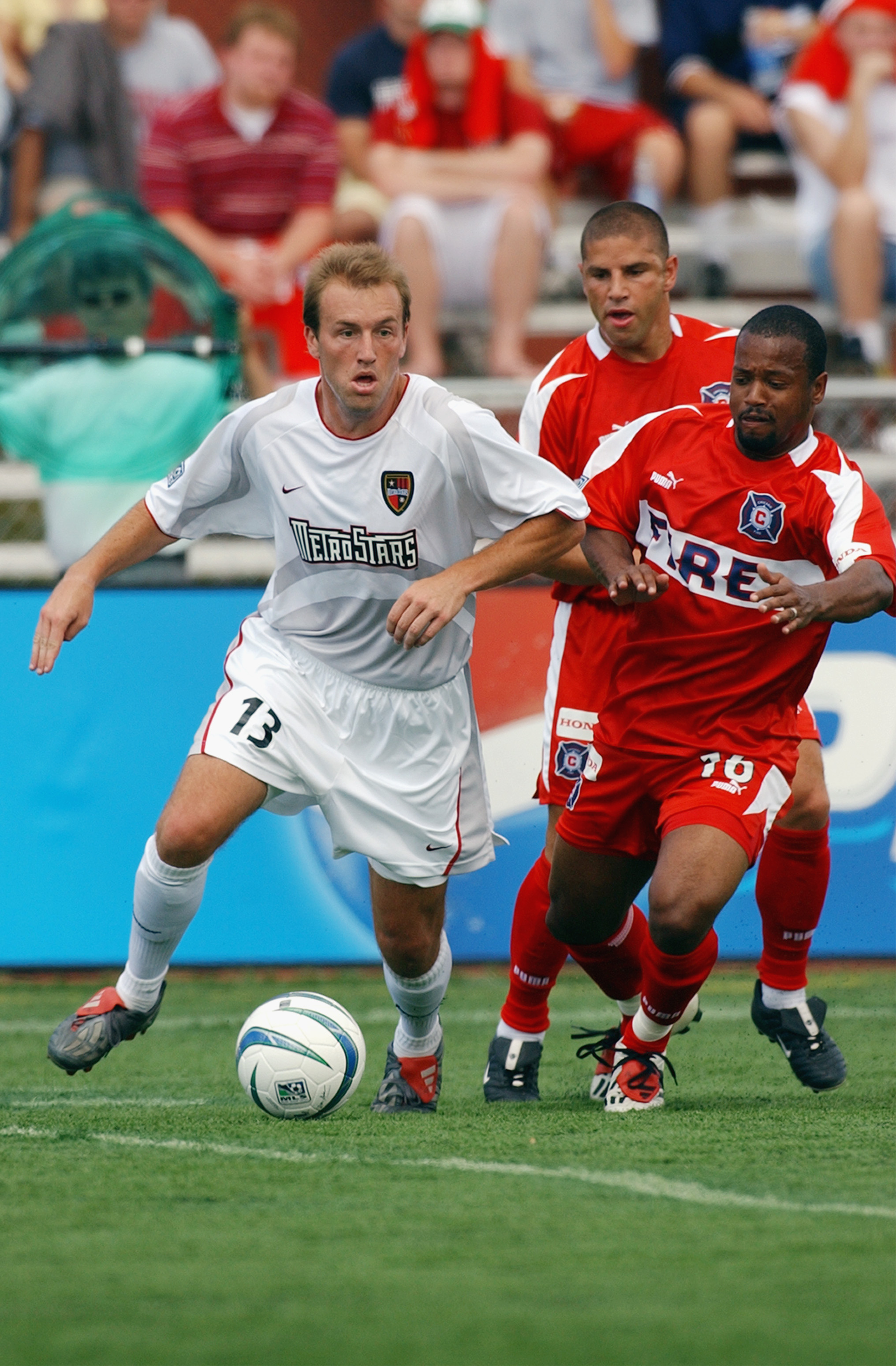 Mathis was honored at Red Bull Arena in 2010 following his retirement. At the occasion I interviewed his former US and Metrostars teammate Tab Ramos, who put it simply:

"Clint Mathis was the best, there's no other way I can describe him."

An exceptional career for both club and country, but his better years came in a Metrostars uniform, where his 45 goals in all competitions was a franchise best before it was eventually surpassed by Juan Pablo Angel.

Mathis immediately endeared himself to the Metro faithful by flashing his "I love NY" T-shirt when he scored. He also had the distinction of scoring one of the greatest goals in MLS history when he dribbled half the field and scored against Dallas in 2001, not to mention his five goals against Dallas in 2000, which remains an MLS record for most goals in a game.

Overall, he scored 45 goals in 110 appearances for the Metrostars and Red Bulls in two different spells with the franchise. 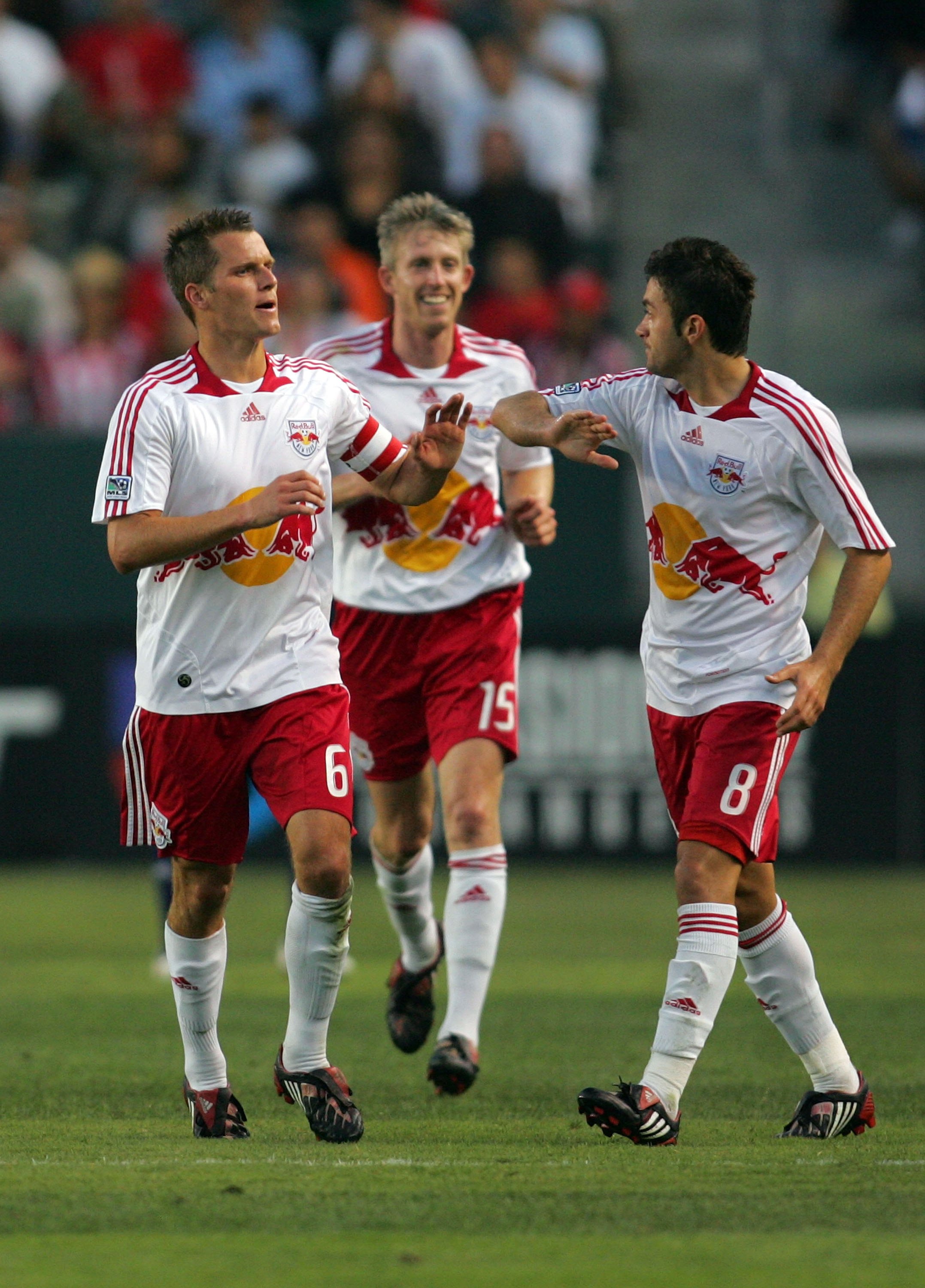 It's hard to give credit to all the players that have made a great contribution to the Metrostars/Red Bulls over the years in a top 10 list, but here are four more that just missed out and deserve a mention.

Drafted with the last pick of the 2004 draft, but established himself as a starter in defense immediately for first season with the club.

In total, Parke played in 143 games for the club during his five season and was named into the clubs all-time XI.

The Staten Island Ronaldo was very much a crowd favourite throughout his three spells with the franchise for his tenacious work rate, attitude and "Thriller" goal celebrations.

Scored one of the greatest goals in league history with an over time winning volley against Columbus and also scored the only MLS Cup goal in franchise history in 2008.

Now retired, Woly coached with the clubs academy teams and was inducted into the inaugural class of the MetroFanatic Hall of Fame—the clubs prominent fans website.

Seth is third on the club's all-time appearance table with 157 and has played in just about every position for the team since he was drafted in 2004.

While not the most technically gifted player, his tough, aggressive style of play and outstanding attitude endeared him to fans before his retirement following the 2010 season.

The Dutch left winger only played two seasons for the Red Bulls, yet contributed so much that he was elected to the clubs all-time XI in 2010.

His major contributions came in the 2008 season, including a game winning goal in the playoffs which put the Red Bulls into their only MLS Cup Final.