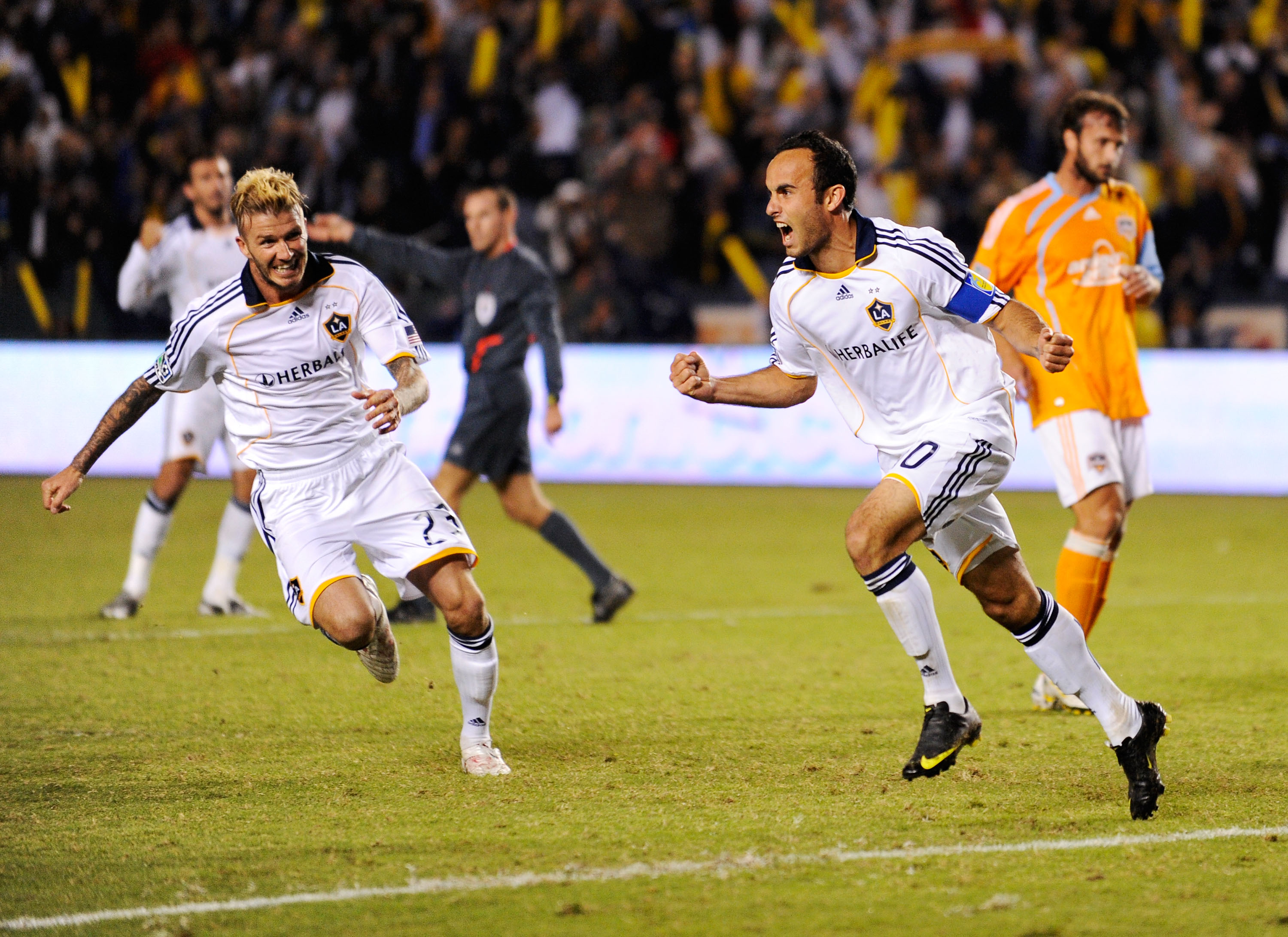 In 2007, Major League Soccer introduced the Designated Player rule to allow it's clubs to compete on the international transfer market and sign star players without having an adverse effect on the salary cap.

The rule was nicknamed the "Beckham Rule" as the English soccer superstar became the leagues first DP when he signed with the LA Galaxy.

Since Becks' arrived on the scene in 2007, a total of 27 players have held the DP title throughout 14 different franchises, with varying degrees of success.

Here we are ranking the top 10 Designated Players players based on their overall positive contributions to their respective club.

New players for the 2011 season have not been considered for the list. 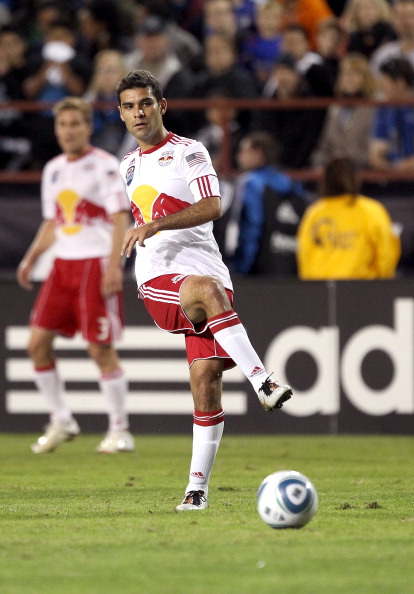 Just a few weeks after Thierry Henry's widely speculated move to the New York Red Bulls, the club then pulled off a slightly more surprising transfer when they snapped up an other Barcelona player, Rafael  Marquez.

At the time, many argued, that the Mexican team captain would be the better player than the former French captain, who were both being paid a similar Designated Player contract of just over $5.5m.

It was also hoped that with Henry pulling a lot of European fans into Red Bull Arena, that Marquez would do the same for the Mexican population in the greater Metro New York area.

In his first season with the club Marquez was used in a holding midfield role and his form fluctuated coming directly from the World Cup without a break.

For the 2011 season, he has reverted to his more familiar position of center defence, where he was regarded as one of the best in the world.

He beat out other contenders for a place on this list based on the potential that he will now be able to show his best form at this position and help groom his defensive partner, young US international Tim Ream. 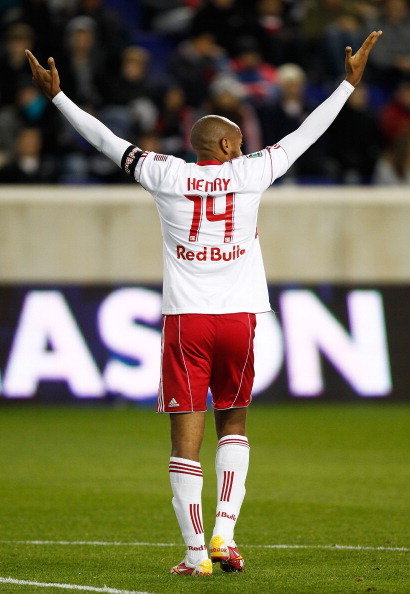 Like David Beckham's transfer to LA, Henry's transfer to New York had been one of the worse kept secret in world football and had been rumoured for some time.

One difference between the two superstars is that while Beckham said his goal was to raise the profile of the sport in America, Thierry said he simply wanted to win.

He almost got his wish in his first season. He scored on his début against his old rivals Spurs and his club turned around from being the worse team in the MLS to finishing 1st place in the East and one of the favourites for the playoffs.

However, due to Thierry coming straight from the World Cup, he never got to enjoy a proper pre-season conditioning program and as a result, was hindered by niggling injuries throughout his first season in New York and spent the play-offs on the bench against San Jose, who dumped the Red Bulls out of the competition in the first round.

That said, his move to MLS created a buzz around the league, sold a bunch of shirts and saw attendances at Red Bull Arena jump from around 16,000 to 21,000 since his arrival.

All good enough to earn him a place on this list.

It was also good news for his housing broker who help him secure his $15m penthouse apartment in SoHo! 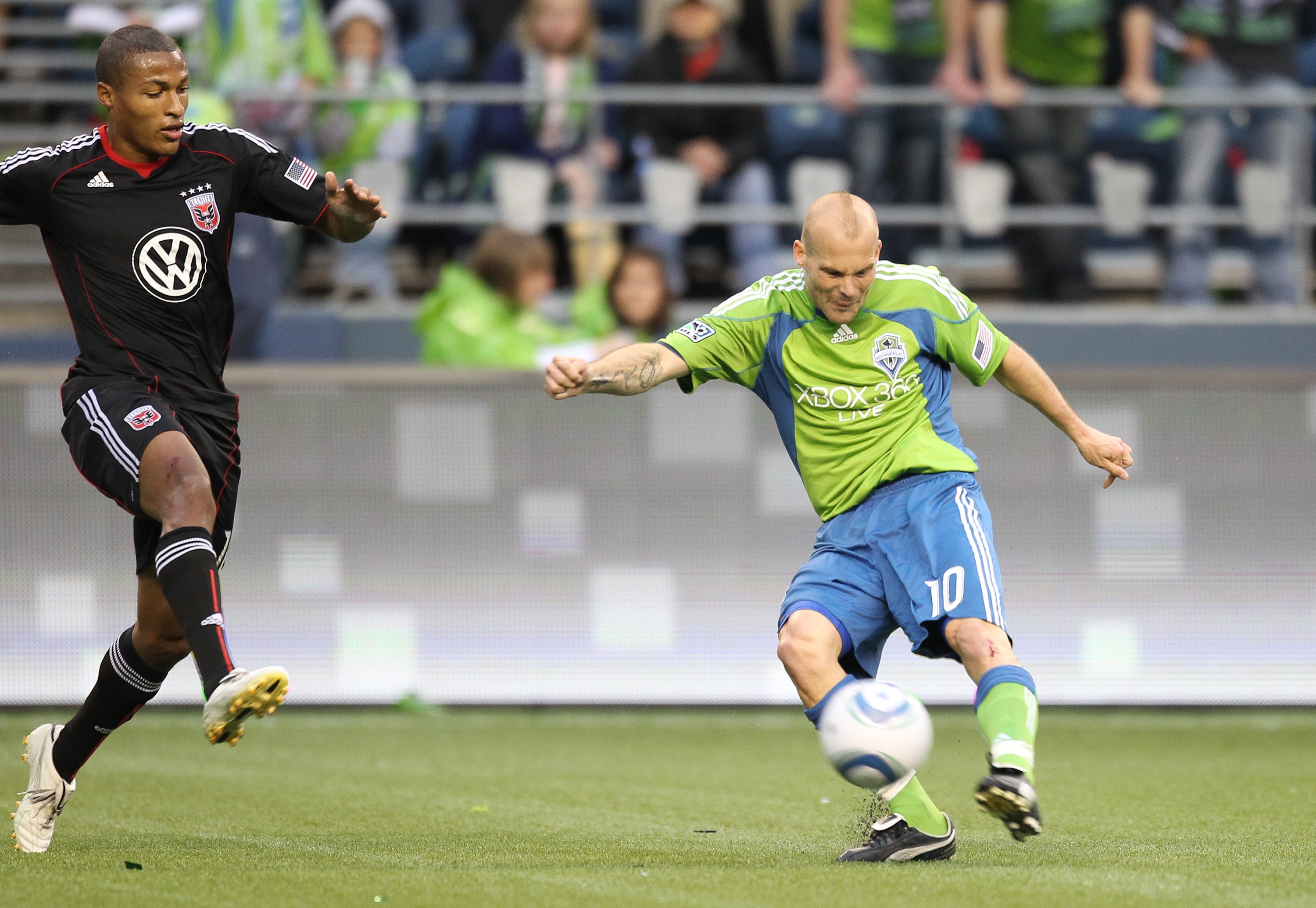 Seattle have been one of the greatest additions to Major League Soccer.

Maybe it was losing the Supersonics to Oklahoma in the NBA, maybe it was an existing fanbase for the original Sounders. But the whole city became soccer mad when a new franchise was announced, and that fanbase was buzzing even further when it was announced that former Premier League star Freddie Ljungburg would be joining the franchise.

Ljungburg did have some fitness issues in his first season, niggling hip and hamstring injuries and migraines interrupted his first season. Despite that, after a slow start, he managed to turn things around and his performances by mid-season saw him selected as captain of the All-Star team.

His performances continued and he was nominated for MLS Newcomer of the Year in 2009 and made the All-Star team again in 2010.

Around that time, Freddie's attitude behind the scenes was not impressing Sounder bosses and he was traded to the Chicago Fire where he saw out the 2010 season, before moving to Scottish giants Celtic.

In total throughout his MLS career, he made a total of 52 appearances scoring four times. 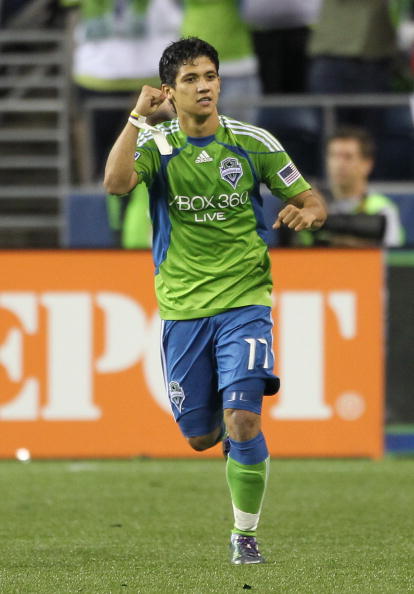 Fredy initially joined the Seattle Sounders in a loan deal from Columbian side Deportivo Cali. He made an immediate good start in Major League Soccer and became one of the finds of the season.

Following 9 goals in 9 pre-season games, he then scored two goals on his MLS début against New York in Seattle's inaugural game in the league.

He earned an All Star selection and won the MLS Newcomer of the Year for his performances in 2009 and eventually earned a full transfer to the Washington based club under DP status.

The biggest criticism of Montero is his consistency, his form tends to be either hot or cold. Yet the 23 year old has still amassed 22 goals as he enters his third season in MLS. 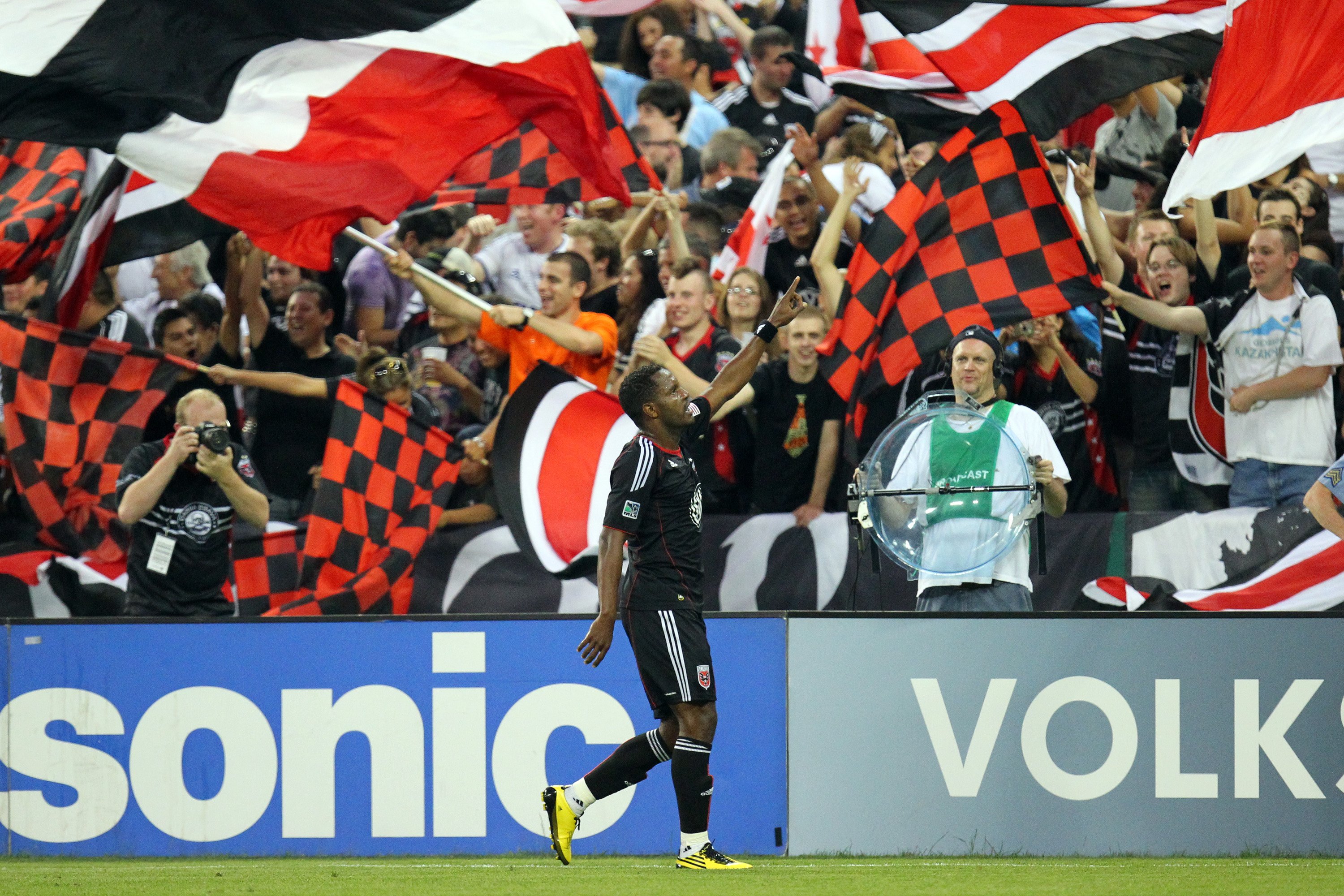 Brazilian forward Emilio did not join DC United as a Designated Player when he signed in 2007, yet he was quickly elevated to that level following a phenominal inaugural season.

2007 saw Luciano win the MLS Newcomer of the Year, league MVP and a Golden Boot as a result of his 20 goals which helped DC win the Supporters Shield.

Emilio rejected DC's new contract offer and left the club citing a reduced salary as the reason, but before he left he had scored an impressive 41 goals in 83 games. 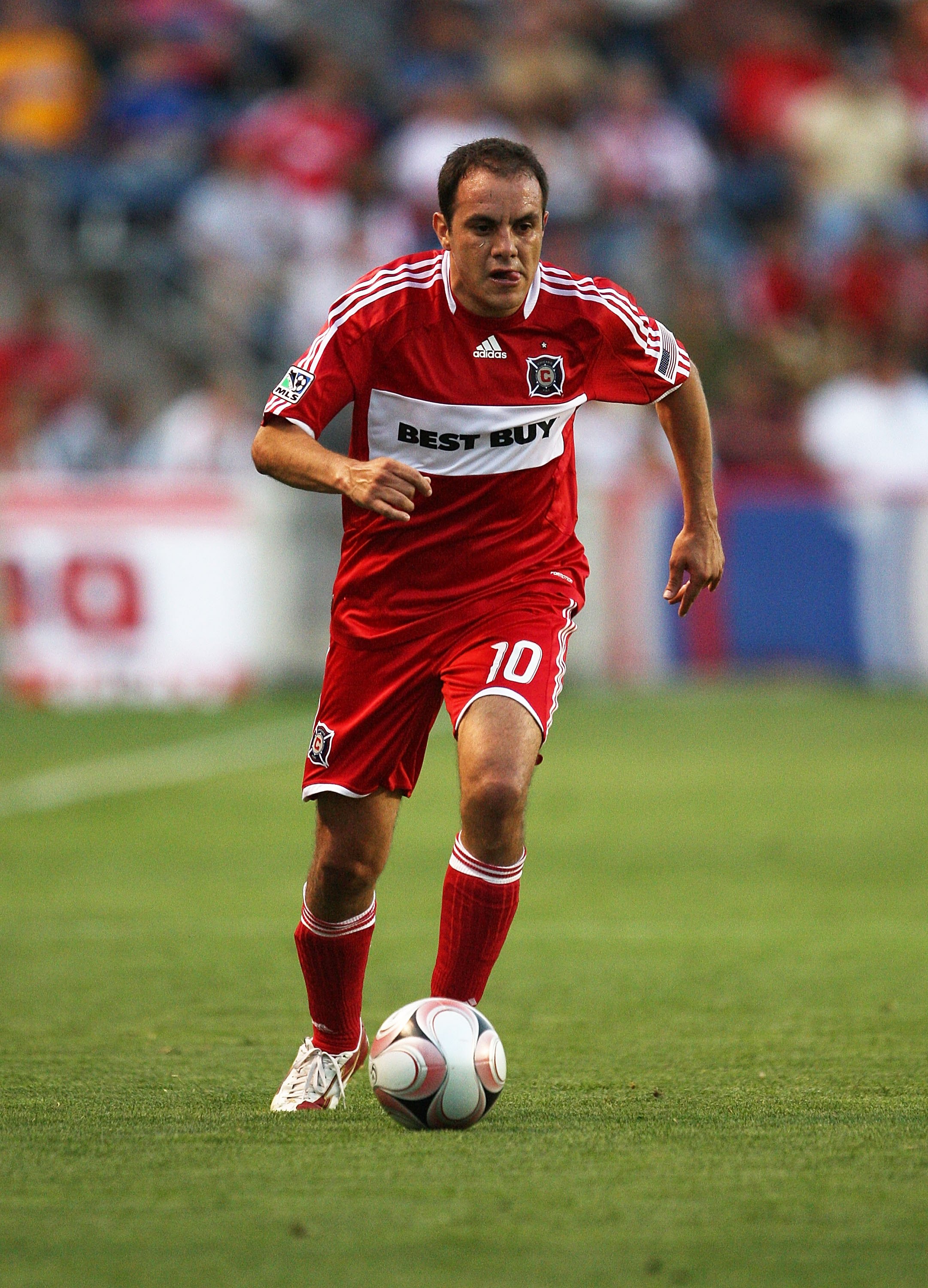 Enigmatic Mexican forward Blanco is regarded as one of the greatest Mexican footballers of his generation and his signing for the Chicago Fire in 2007 attracted 5,000 fans to the stadium to welcome his arrival.

During his three years in Chicago, he was nominated for League MVP twice as well as Newcomer of the Year in 2007. In total, he accumulated 16 goals in his 62 appearances for the club.

While not exactly being the most mobile player in the league, he still excited fans with exquisite skills and a charismatic, entertaining style of play. 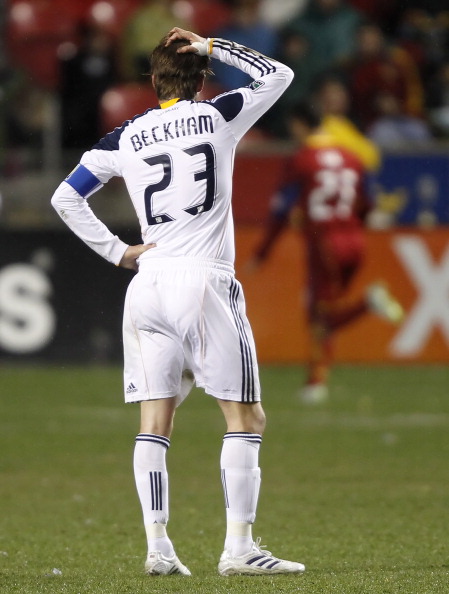 The most famous active footballer in the world arrived in LA from Madrid to a whirlwind of press in 2007 to become the leagues first Designated Player.

Upon his arrival he stated that his mission was to grow the popularity of the sport in the United States, but was he successful?

Stadiums sold out and Beckham 23 jerseys flew off the shelves. Some time after his arrival, the media members on ESPN's Around the Horn were discussing whether Beckham had made an impact on the popularity of the league, without realizing the irony that they never would be discussing an MLS topic on the show if it wasn't for him.

But on the field?

Injuries hampered Beckham initially, he was also accused of a lack of dedication to the club by his teammate Landon Donovan in Grant Wahl's book "The Beckham Experiment" as Beckham showed a priority to his personal appearances, representing England and his two loan spells to AC Milan. The latter of which resulted in another long term injury which saw the midfielder miss almost the entire 2010 season.

Entering his fifth season with the Galaxy, he has to date made just 52 appearances for the club, scoring nine goals. During these appearances there has been flashes of his pinpoint passing and crossing plus the occasional trademark free-kick.

Has his on field performances been worth his hefty salary? Did he attain all his off field goals?

The answers probably no to both, but given the attention the league attained, the birth of the Designated Player and the continued growth of the league since 2007, there is certainly good that has come from this move, which sees him at the top end of the list. 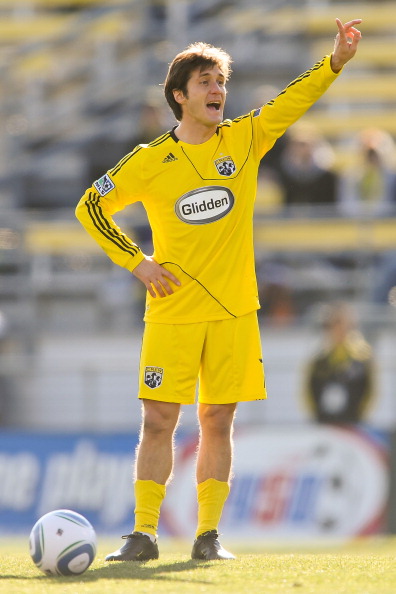 The former Argentine international enjoyed immediate success after signing with the Columbus Crew in 2007 and the fan favourite was quickly elevated to designated player for the 2008 season.

2008 was an outstanding season for Schelotto and the Crew as he was not only named the league MVP, but also the MLS Championship MVP as the Crew beat the New York Red Bulls 3-1 with all three goals coming from assists by Schelotto.

During his four season with Columbus, Schelotto made 102 appearances, scoring 33 goals and amassing many more assists for the club. 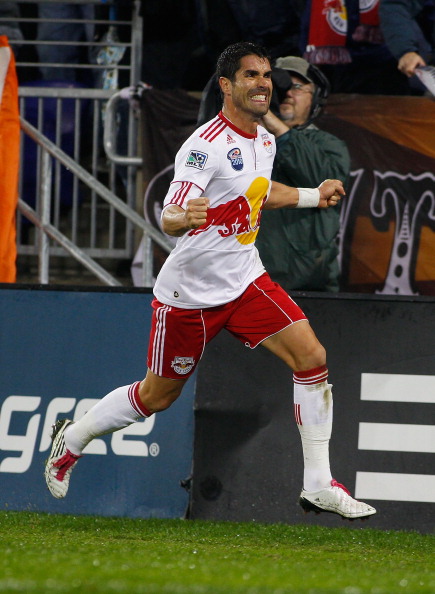 Along side Beckham, Angel is the only other original 2007 Designated Player to still be in the league. The two now play together at LA Galaxy, but it was at New York were Juan Pablo proved his worth as a DP.

His record of 58 goals in 102 appearances for the Red Bulls speaks for itself.

Although he was never able to take them to the promised land of the MLS Championship, he captained them to the final in 2008 and overtook Clint Mathis as the franchises all time leading scorer.

New management at the Red Bulls and the emergence of Juan Agudelo saw him surplus to requirements in New York, but a switch to LA can see him add to his MLS stats and give him another opportunity to claim an elusive title. 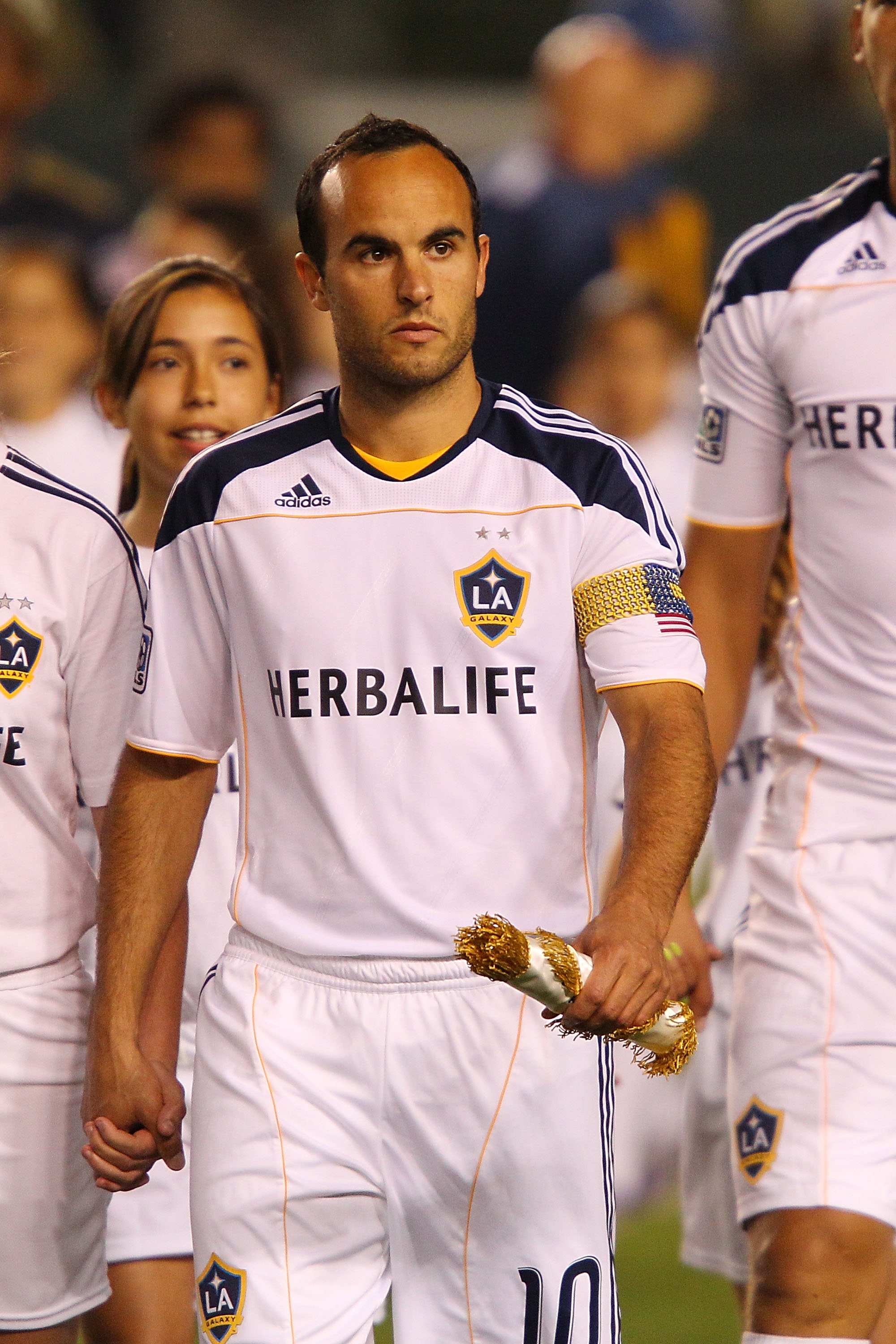 Donovan had the slightly unusual step of not joining the league as a Designated Player and instead had to earn his paycheck through years of performance and goalscoring.

Landons career began in Europe with Bayern Leverkusen where he was unable to make much of an impact so he was loaned to the San Jose Earthquakes where he scored 32 goals in 87 games before signing with the LA Galaxy.

When David Beckham joined the Galaxy in 2007, Landon was forced to hand over the captains armband to the England international, but his continued performances for LA not only saw him reclaim the armband, but also saw him elevated to Designated Player money.

At his time in LA he has ammassed 71 goals in 148 games while adding an MLS Championship to the two he won in San Jose.

It can be argued that no other player has contributed more to Major League Soccer and US soccer in general, which sees Donovan the obvious choice for number 1 on the list.