Manchester United vs MLS All-Stars: 10 Things for Utd Fans to Do in New Jersey 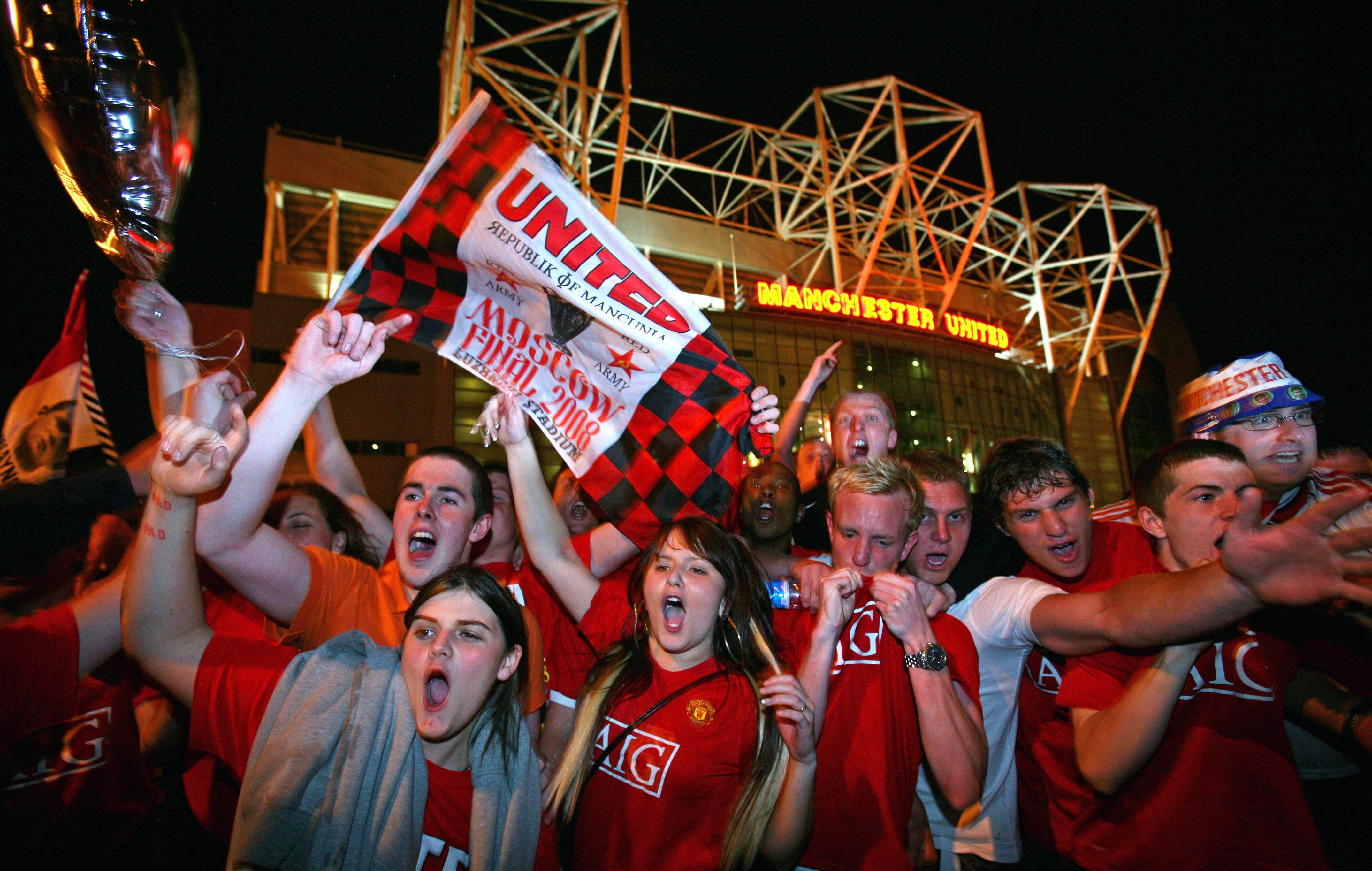 It has been confirmed that Manchester United will face the MLS All-Star team for the second successive season in 2011 and that the matchup will take place at Red Bull Arena, home of the New York Red Bulls.

While the Red Bulls are the MLS team of the Metropolitan New York City area, the stadium is based in the town of Harrison, New Jersey, around 10 miles outside of Manhattan.

With many Manchester United fans looking forward to making the trip to see their team in action against the best that MLS has to offer, they will also be looking for other things to do while they are in town.

Here we take a look at 10 things for United fans to do in New Jersey. 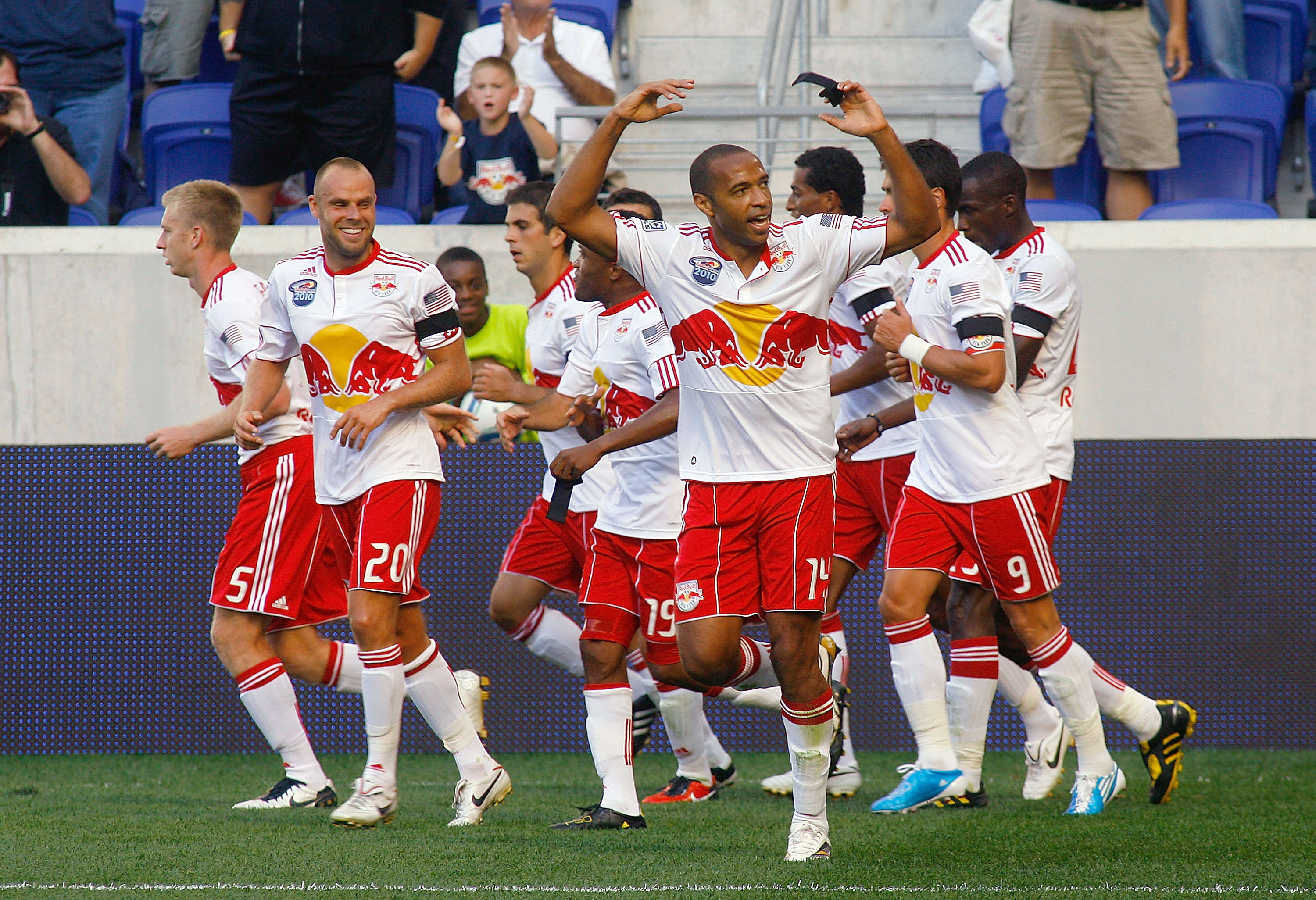 Just four days prior to Man. United playing in the All-Star game, Red Bull Arena will be doing what it normally does, hosting a New York Red Bulls game.

Not only would it be a good opportunity for United fans to take in another soccer game, it will also be a chance to see some familiar faces. 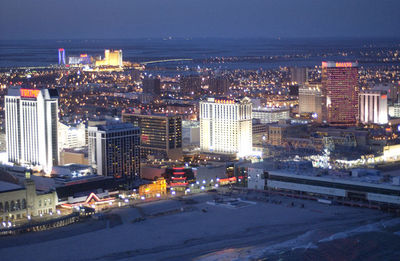 Casino gambling, shopping outlets, fine dining, nightlife, a beach. Atlantic City has everything an oversees visitor could wish to enjoy while on vacation.

Situated a two hour drive south of Red Bull Arena, this should be a popular destination for anyone visiting New Jersey. 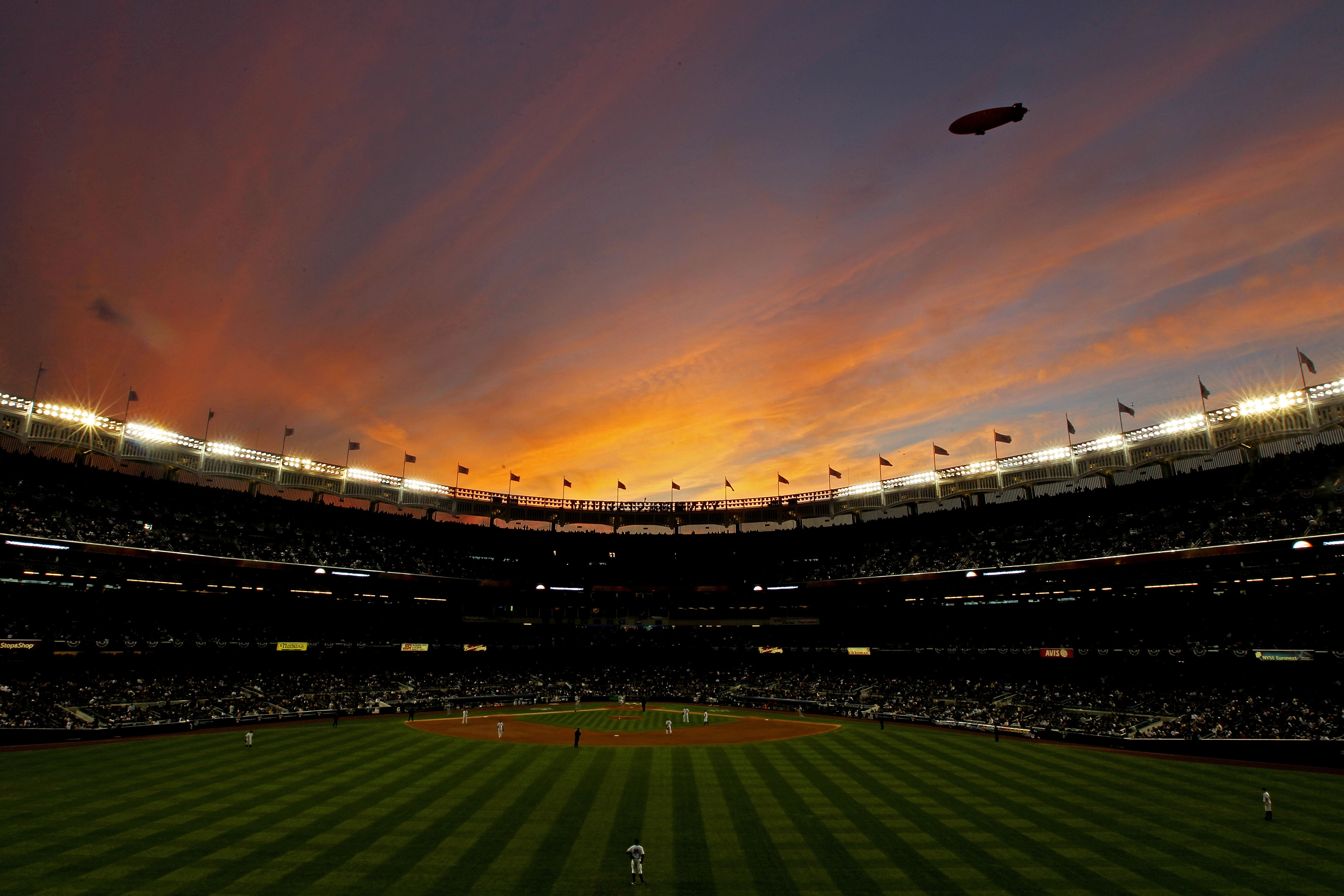 The majority of folks in England  do not have any care or interest in America's past time, baseball.

That said, it can be a fun an interesting experience for people coming to the States for a visit to sample a game. Even if it is just to enjoy chilling out with a few beers and crackerjacks.

If United fans wanted to experience Major League Baseball, they could venture to see the Phillies (Philadelphia is just over the Pennsylvania state line from New Jersey), the Mets in Queens or head into the Bronx to see the Yankees.

The Yankees would be a better choice for United fans, as their two world renown organizations signed a joint marketing venture back in 2001. 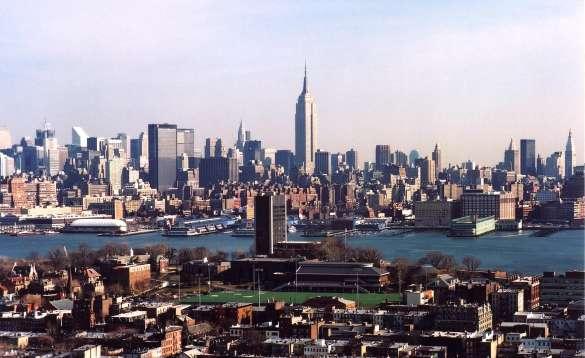 More bars per square mile than any other city in the United States.

While it is the wrong time of year to witness the debauchery that is the Hoboken St. Patricks Day parade, there is still an abundance of nightlife in the city, particularly along Washington Street and around the waterfront.

Hoboken also sits on the Husdon River opposite spectacular panoramic views of Manhattan and offers the delicious delights of Carlo's Bake Shop, featured on the TV show Cake Boss. 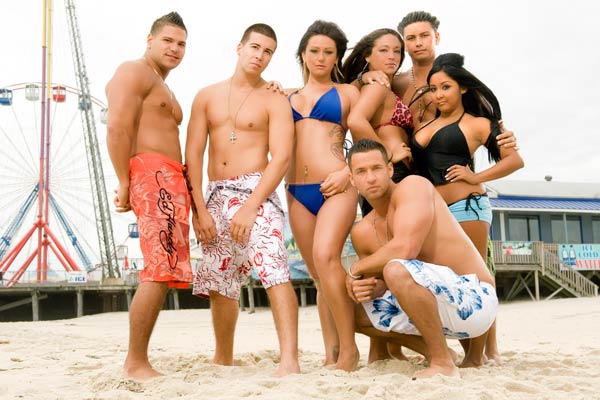 I'm not talking about the lame MTV "reality" show, but the 127 mile coastal stretch from Sandy Hook to Cape May.

Plus the chance to witness a real life Guido in it's natural habitat. 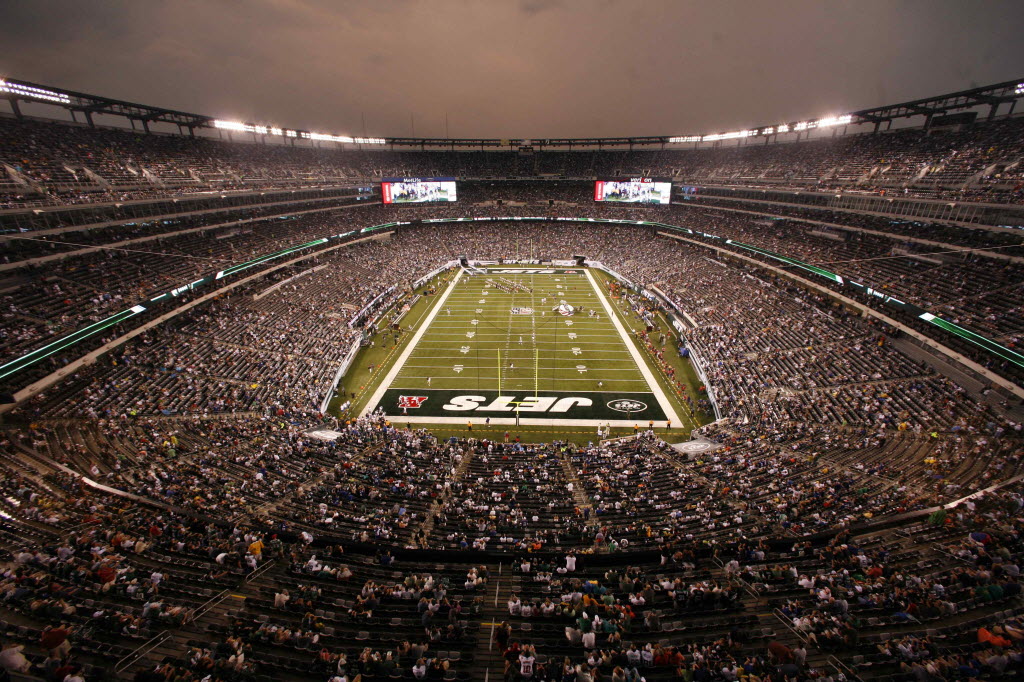 While United fans may be used to their magnificent stadium of Old Trafford, they might also be tempted to check out the largest stadium in New Jersey.

The New Meadowland Stadium is home of the areas NFL teams: the Giants and the Jets.

With it being NFL offseason, fans can still take a stadium tour or if they get there a week before the All-Star Game, they can catch U2 there on their 360 tour. 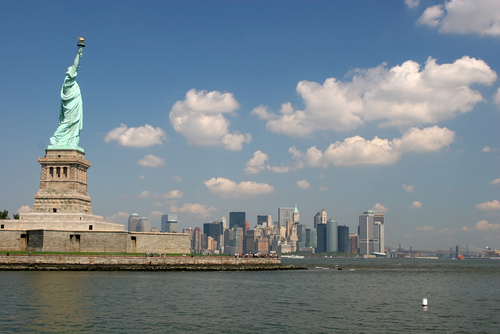 It also uniquely offers the chance to kick a ball around with spectacular views of the Manhattan skyline and Statue of Liberty.

Fishing, boating, picnics and a Circle Line Tour of Liberty Island/Ellis Island are other activities which can be enjoyed at the park. 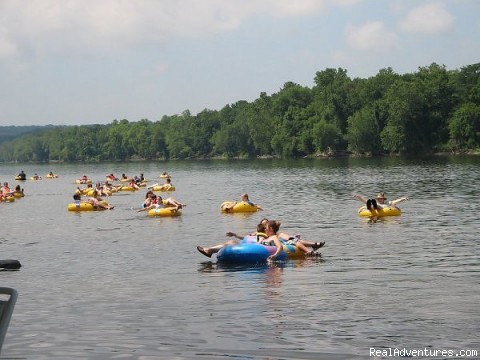 Weather in New Jersey during July is predominantly hot, humid and sunny.

There are not better ways to cool off during the summer than floating down the Delaware River on a tube or raft while enjoying an ice cool beverage or two.

I can vouch for this from personal experience! 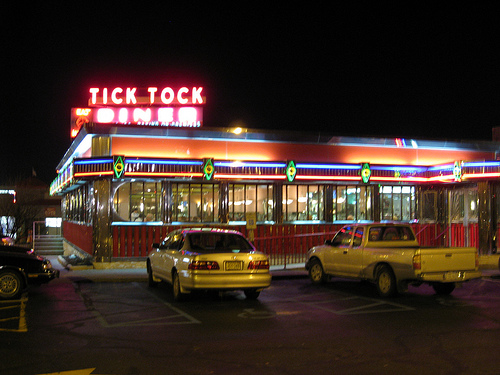 If United fans wanted to sample some typical New Jersey cuisine, then they need to look no further than a traditional New Jersey diner.

The one that is ofter referred to as the best is the Tick Tock diner in Clifton, just nine miles North West of Red Bull Arena.

Get the PATH Train into Manhattan 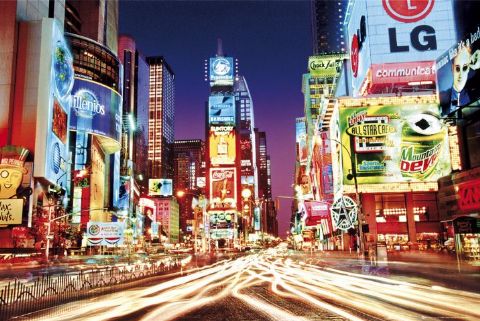 One of the conveniences of Red Bull Arena is that is is situated just a few hundred yards from the Harrison PATH Station.

The PATH is a subway style train that connects New Jersey to Manhattan for the cost efficient sum of $1.75.

It takes around 25 minutes for soccer fans to ride from the Arena to Manhattan, where they can access all the cities sights, shows, restaurants, bars, museums and other amenities.

With Red Bull Arena holding just 25,000 people, there will be a lot more fans without tickets who need to catch the game in a soccer-friendly bar.

Using the PATH, fans can get to Mulligans in Hoboken or Nevada Smiths, The Red Lion and Baker Street in Manhattan to watch the game with other soccer fans.