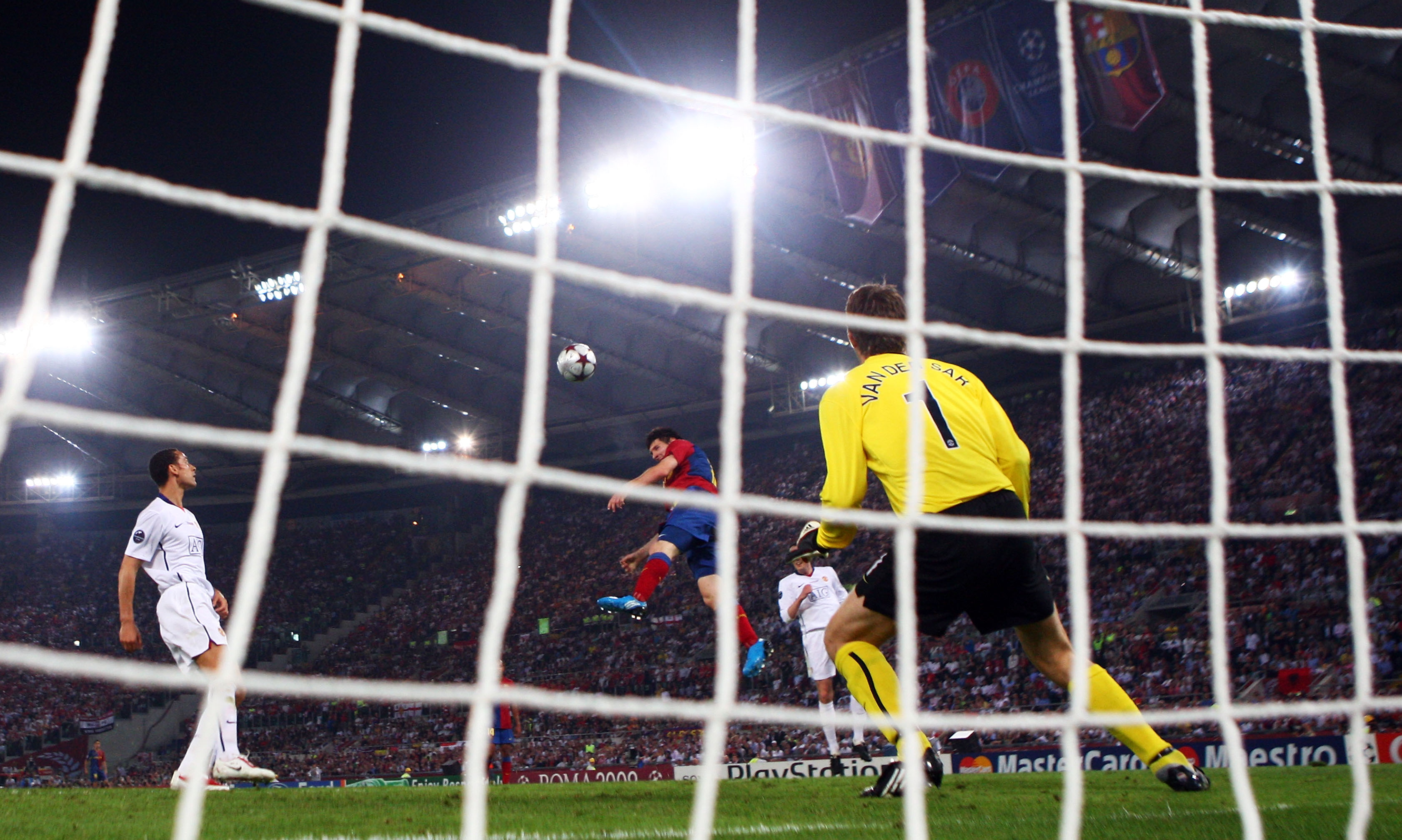 It’s time for yet another International break. This is by the far the worst possible timing for another round of dull and predictable qualifying games.

With the notable exception of the Russian Premier League, the rest of Europe enters the final stretch of the season, including the UEFA Champions League. The draws have been made and some interesting matches can already be deemed “must watch.”

So let’s channel the spirit of Paul the Octopus and make some bold predictions regarding the outcome of the upcoming Champions League ties. 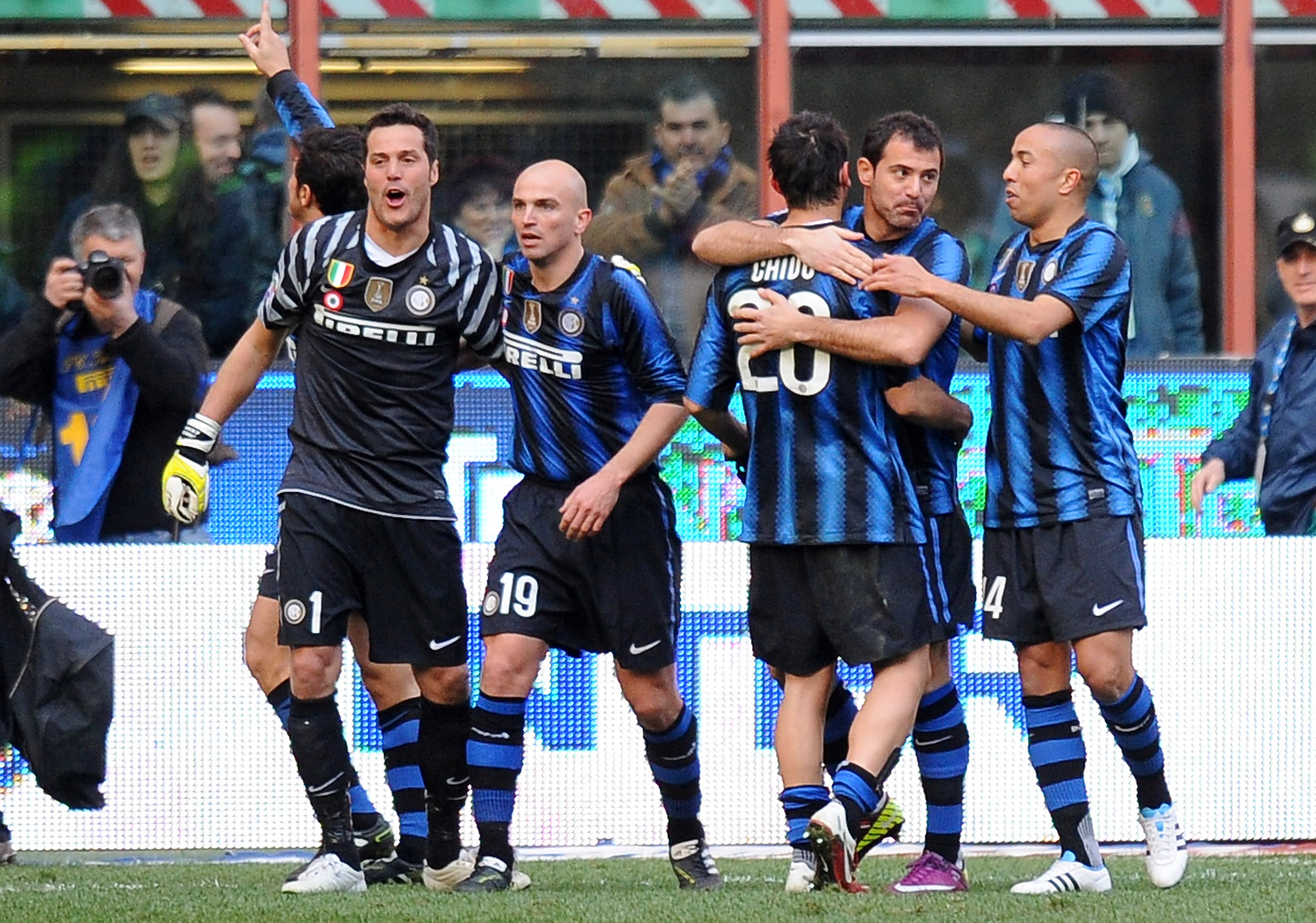 With all due respect to Harry Redknapp’s squad, playing an Inter Milan side under the tutelage of Rafa Benitez or defeating an AC Milan side revolving around notorious big-game bottler Zlatan Ibrahimovic isn’t quite like facing Jose Mourinho’s superstar team.

After all, even the “Special One” couldn’t manage to get the best out of Ibrahimovic in the knockout stages of the Champions Leauge.

That said, under Mourinho’s guidance, Florentino Perez's least convincing signing, Karim Benzema, has begun to find the kind of form again that made him one of Europe’s most sought-after strikers.

With Benzema finally coming into his own, Cristiano Ronaldo scoring goals for fun and a disciplined backline led by Ricardo Carvalho, it’s an uphill battle for Tottenham Hotspur, whose strikers' combined total is less than what Karim Benzema has scored all season.

Felix “Quälix” Magath is gone, pardon me; has been dismissed. It seems as if every time he guides a side into the DFB Cup Final and underperforms in the league, he is shown the door.

While Schalke 04 can still count on the services of the Champions League's all-time leading goalscorer, Raul, die Königsblauen are simply out of their depth against the current title holders, Inter Milan. 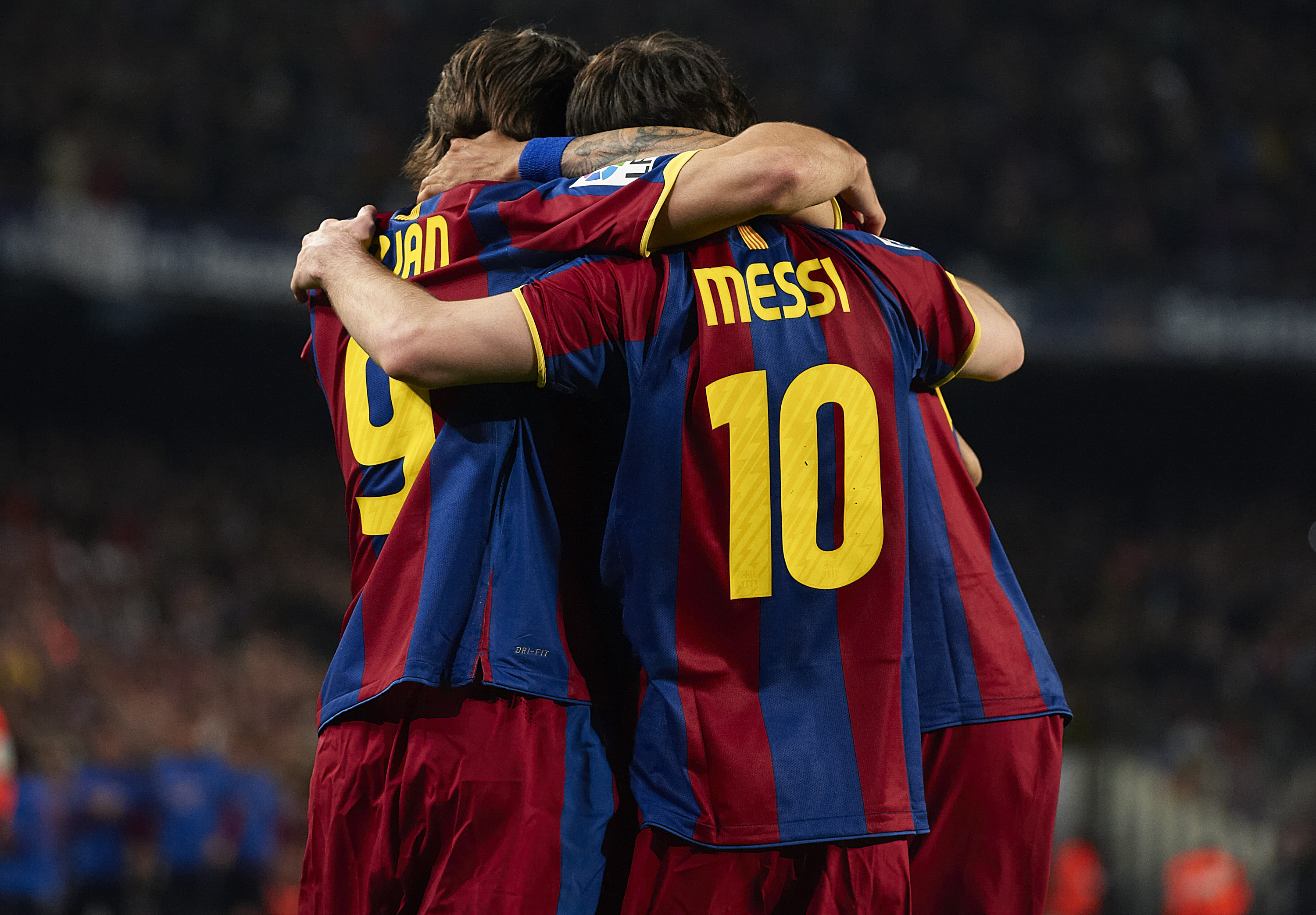 The must-see tie of the quarterfinals is a replay of the 2008 Champions League final. For some reason, critics argue that Manchester United aren’t very convincing, neither domestically nor abroad.

Yet, Manchester United are still doing well in all three major competitions (League, Cup and CL) whereas Chelsea imploded around mid-season only to recover in recent weeks.

Chelsea’s most convincing signing of the season, David Luiz, arrived in a deadline deal in January and is cup tied.

Fernando Torres, on the other hand, is not—but he has yet to regain his confidence, and where else if not against his preferred victim, Nemanja Vidic?

This will be a very close contest between two sides who know each other inside out. Much will depend on whether El Nino can find his scoring boots again.

Nevertheless, in his current form, pinning their hopes on Fernando Torres could prove costly for Chelsea.

Barca have to face off against their perceived, and to a certain degree justified bogey-team in Shakhtar Donetsk.

The Ukrainian side are the current runaway leaders in their domestic league, while FC Barcelona protect a valuable five-point lead in their own.

However, this is the UEFA Champions League, where all bets are off. Anything can, and in the past, has happened between these two sides.

The Ukrainians are no pushovers and Barca have yet to record an away victory in the knockout stages of the competition under Pep Guardiola.

Spectators can expect Shakhtar Donetsk to park a Boeing 747 in the Camp Nou as well as in the Ukraine.

Although I’m not used to watching a landing strip for over 180 minutes, I think I’ll make an exception this time around. If a side possesses the quality to dismantle a Boeing 747, it is FC Barcelona. 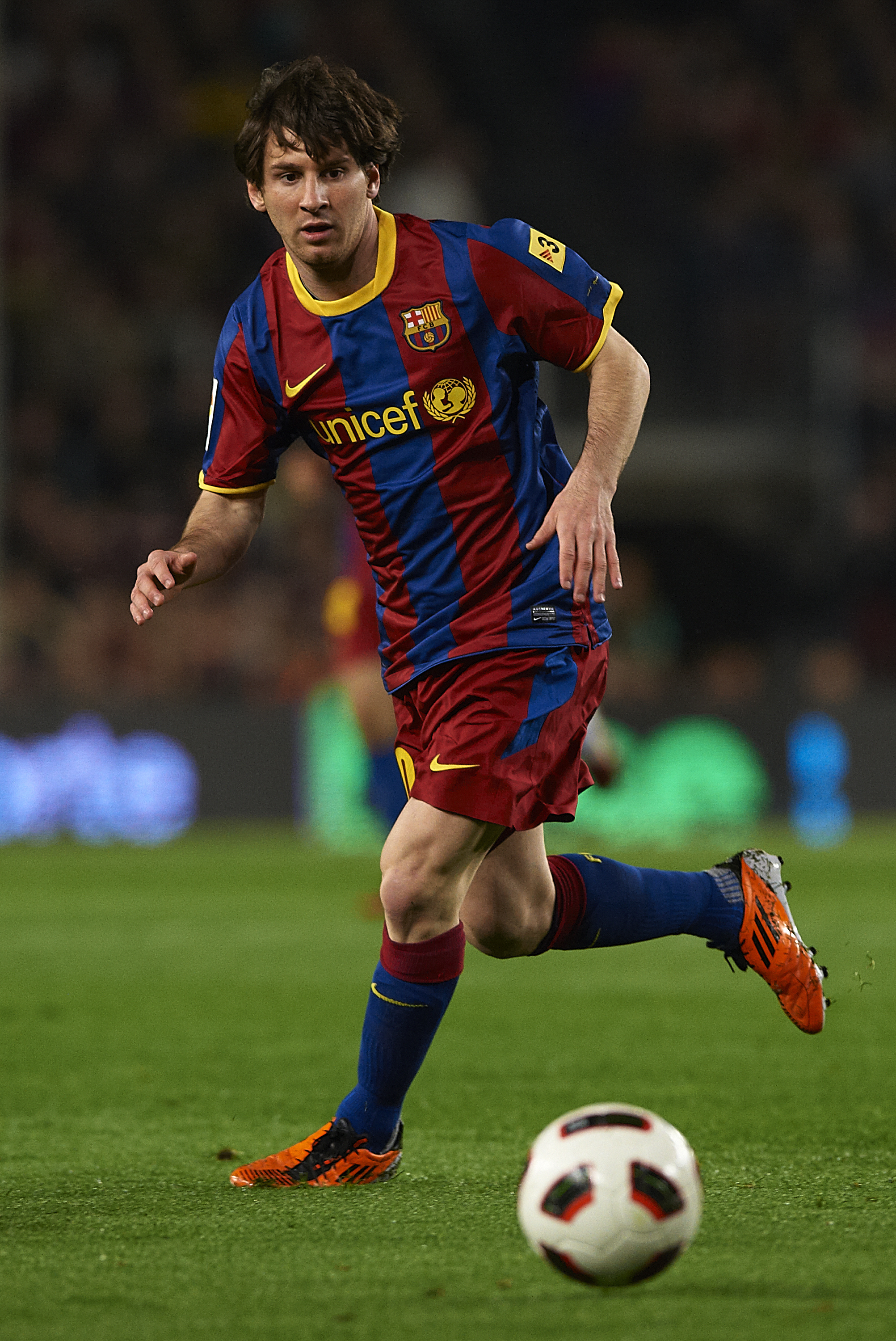 However, Messi provided two assists for David Villa in the last Clasico while CR7 remained fairly anonymous. Against FC Barcelona, CR7 usually regresses into an even more selfish player. One has to applaud his constant trying, but he is trying too hard to do it all by himself.

Jose Mourinho will most likely make CR7 and company watch the “highlight” reel of his Inter Milan side against FC Barcelona over and over. But unlike his then-Inter side, Real Madrid boasts two of world football's marquee hotheads, Sergio Ramos and Pepe.

The latter continues to confuse the pitch with a Kung Fu dojo, while Sergio Ramos is setting new records for Red Cards received at Real Madrid.

Expect the Mad Men to do something crazy. 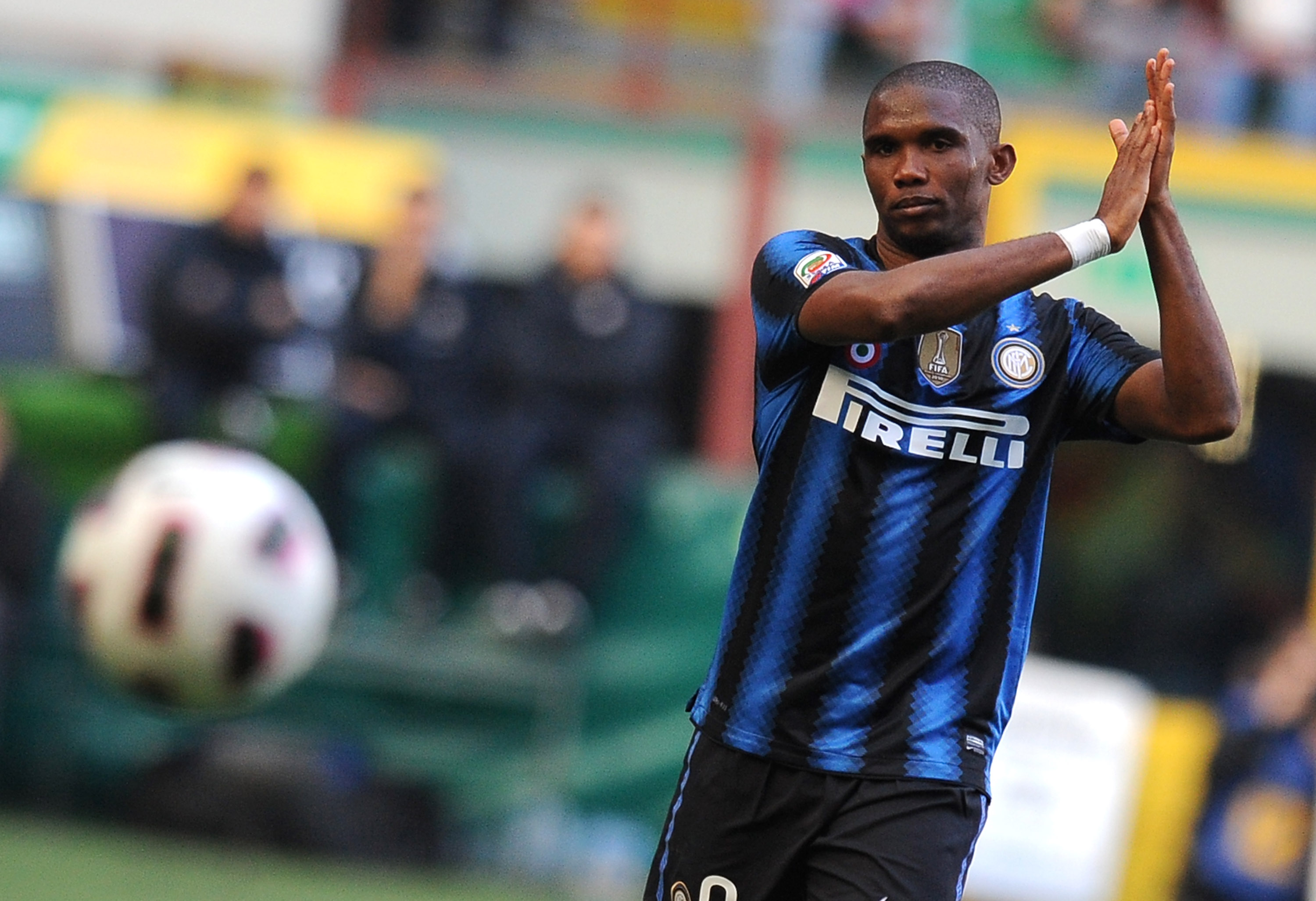 For reasons unknown, he is still in the starting 11. Chicharito and Dimitar Berbatov have both scored more than Rooney, but he is still preferred over them. According to the English press, "Wazza" is on the same level as Lionel Messi and CR7…no comment.

For all I know, he is not even on the same level as Samuel Eto’o, and neither is CR7. Samuel Eto’o delivers when it matters the most; three Champions League titles are a testimony to that.

He isn’t a big-game bottler like Ibrahimovic or CR7 and performs superhuman feats in important ties. 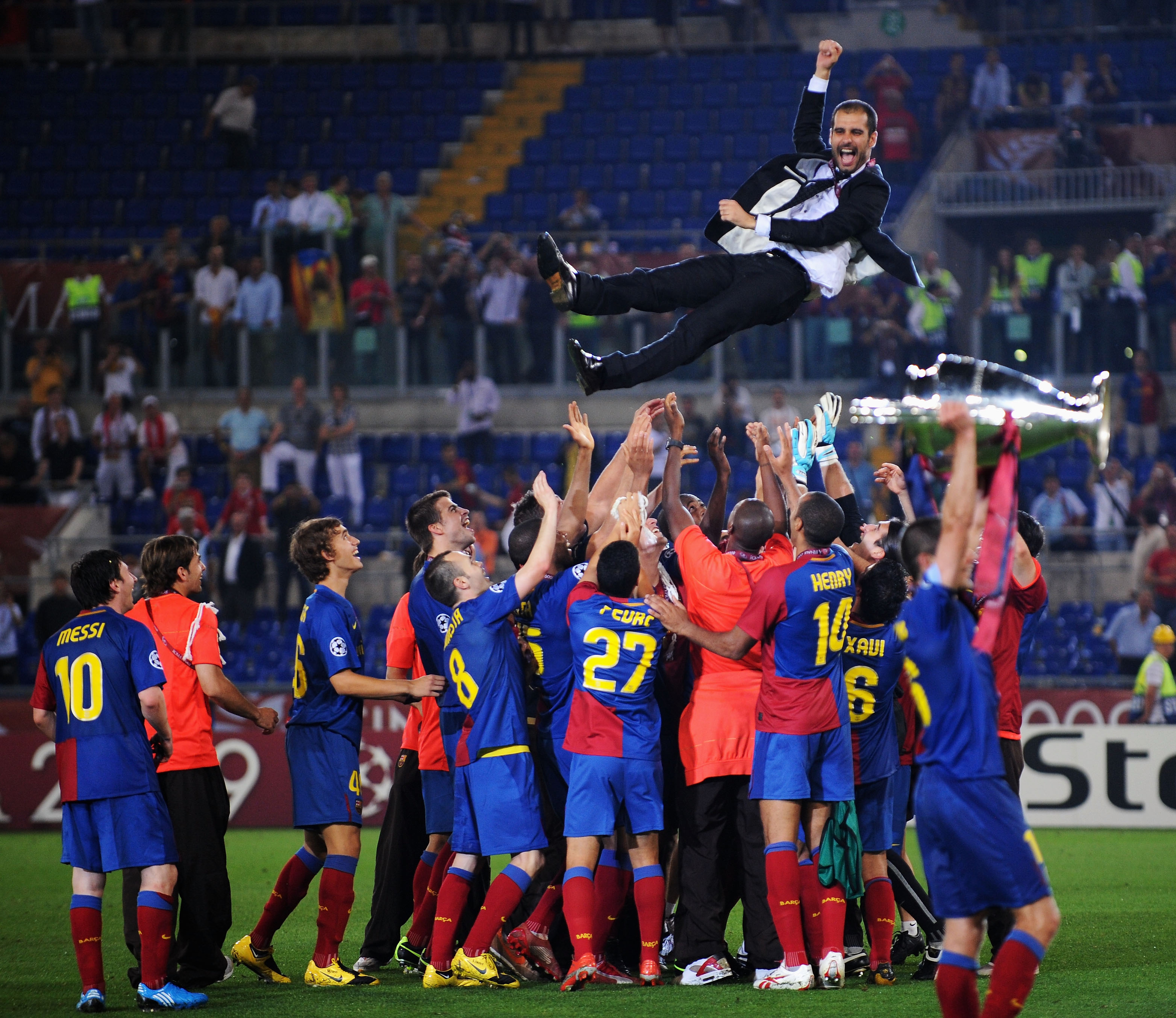 Leonardo isn’t known to instill a defensive mentality into his teams—far from it, Inter Milan look incredibly fragile at the back.

But then again, the Champions League final is a one-off game. In an open game that is not dominated by “anti-football,” there’s no better side than FC Barcelona.

Even though a fit and in-form Samuel Eto’o will cause Barca problems, Captain Catalunya a.k.a. Carlos Puyol will be there to rise to the occasion.

And on the other end of the pitch, there’s also Barca’s MVP attack: Messi, Villa, Pedro.

With both tacticians, Pep Guardiola and Leonardo, having a penchant for attacking football, one can expect a goal-fest worthy of a final.