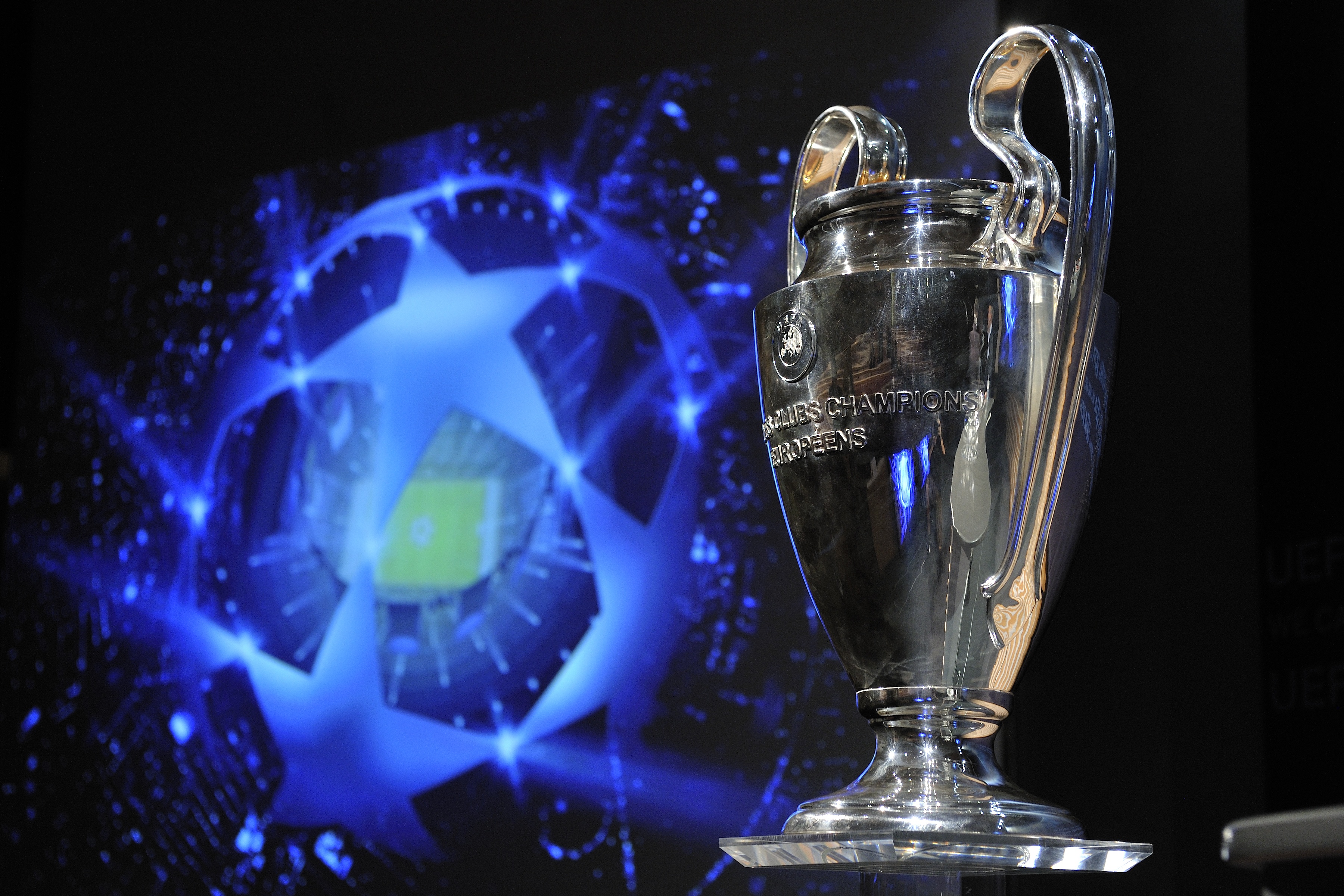 The 2010-11 Champions League is moving into its final stages and teams need to be on their top form in order to progress to the next round, especially those sides entering their ties as underdogs. Many of the best players in the world will be partaking in the remaining rounds, but they too will have to perform if they want to win Europe's most prestigious club tournament.

Here is my team for the quarterfinal round. 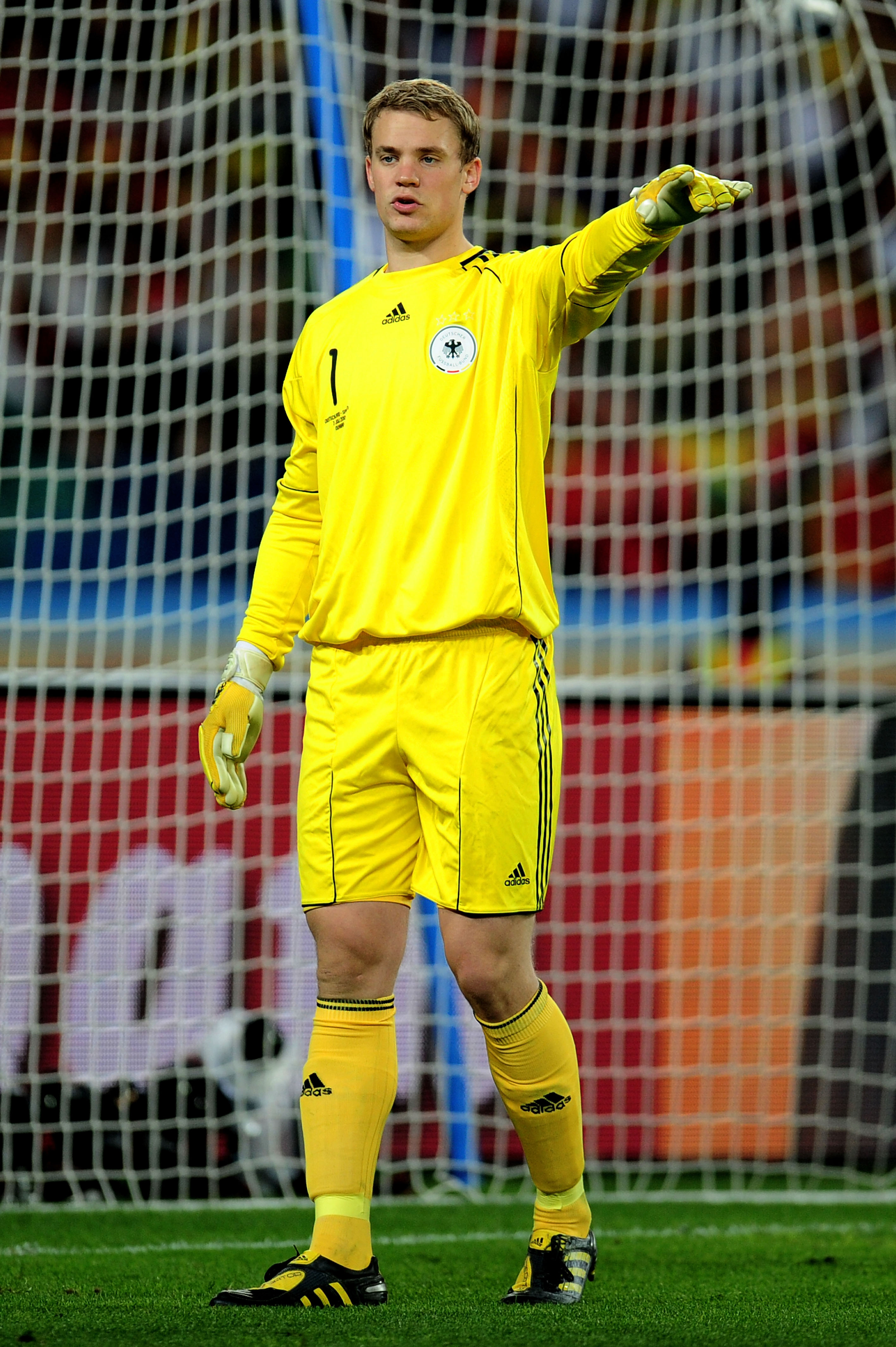 The 24-year-old goalkeeper and captain of Schalke has been impressive this season and has been heavily linked to both Manchester United and Bayern Munich. Manchester United seems to be his most likely division given the incredible hostility shown towards him in a recent match against Bayern, a match in which Neuer played a key role.

Neuer is likely to be busy against Inter Milan, and his efforts could be vital to keeping his side in the tournament as Schalke enter the tie as underdogs and face a potent attacking side in Inter Milan. 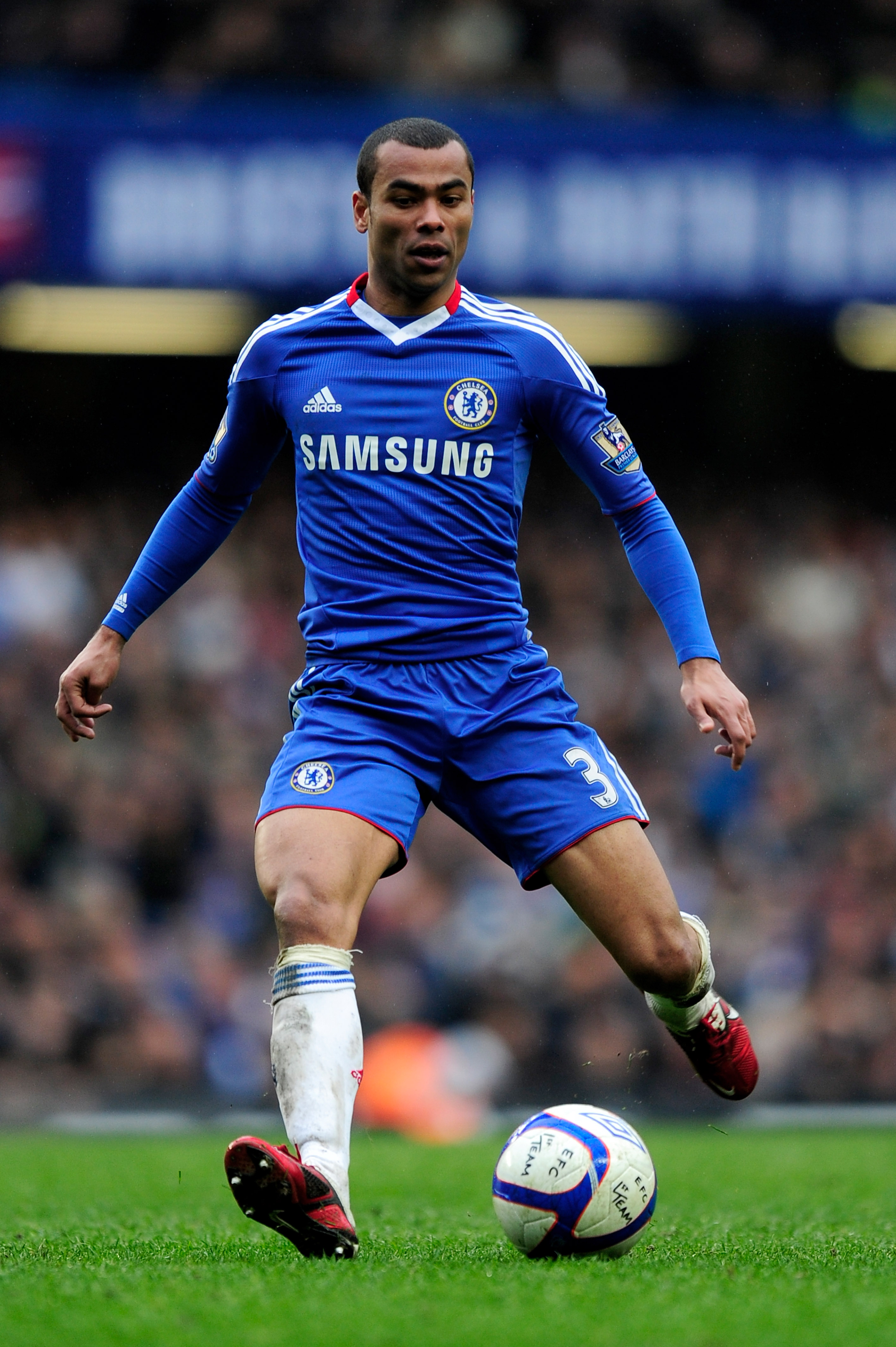 Chelsea's Ashley Cole is one of the best left backs in the world—possibly the best. He is brilliant going forwards, creating plenty of chances for his side while rarely being caught out of position thanks to his impressive pace.

He has failed to let off-field distractions such as a divorce and the accidental shooting of an intern, as well as legal issues due to speeding, distract him from doing his job. Chelsea suffered a slump in form earlier this season, but Cole continued to perform. He will need to keep doing so against Manchester United. 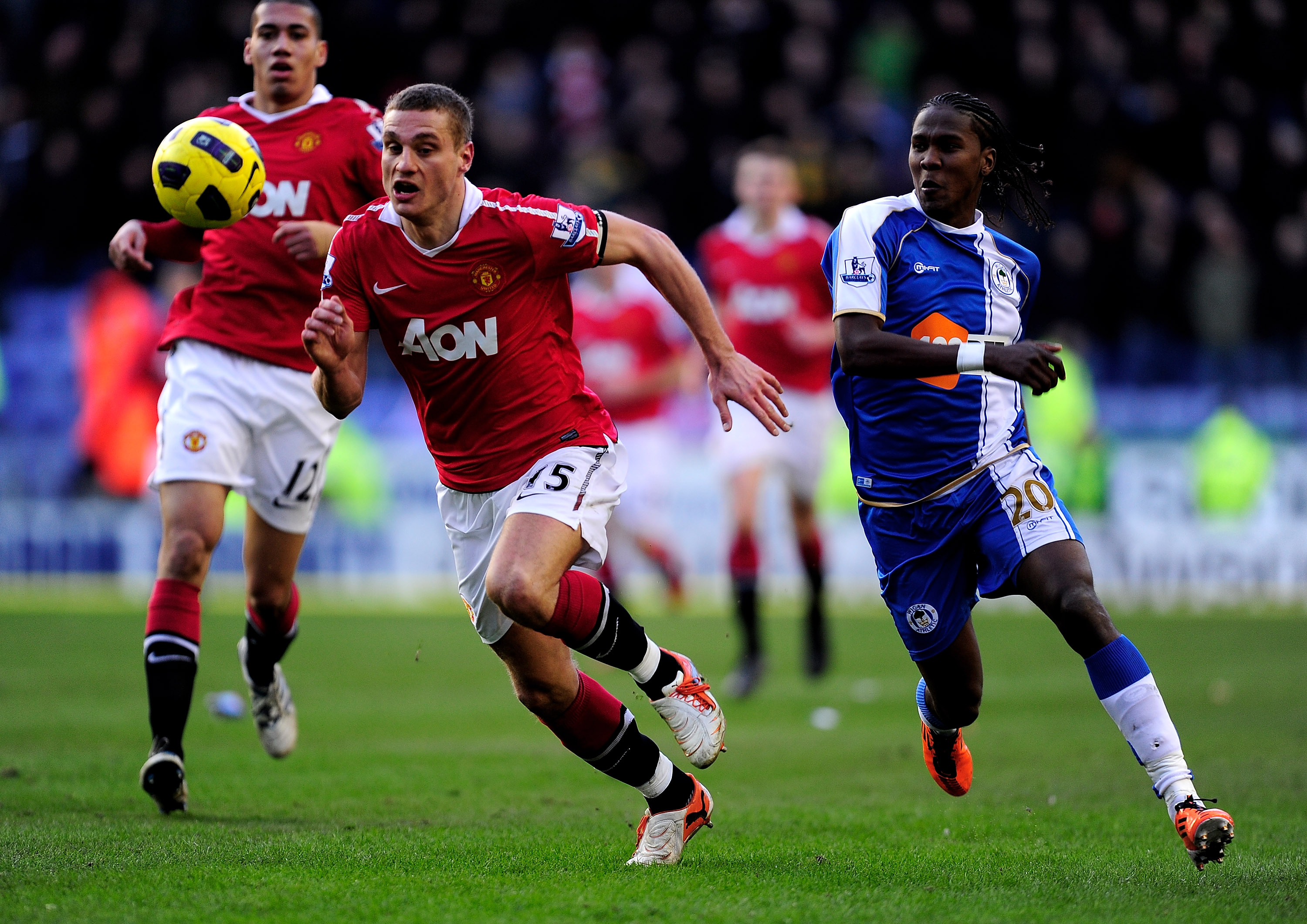 Vidic has been better than ever this season, dominating at the centre of United's defence as the team's new full-time club captain. A dominating aerial presence, Vidic will never back down. Injury problems have meant that Vidic has played alongside a number of different players, but that has failed to phase him.

Manchester United may not have been at their best this season, but they can rely on Vidic to perform when it matters, namely against Chelsea in a few weeks time. 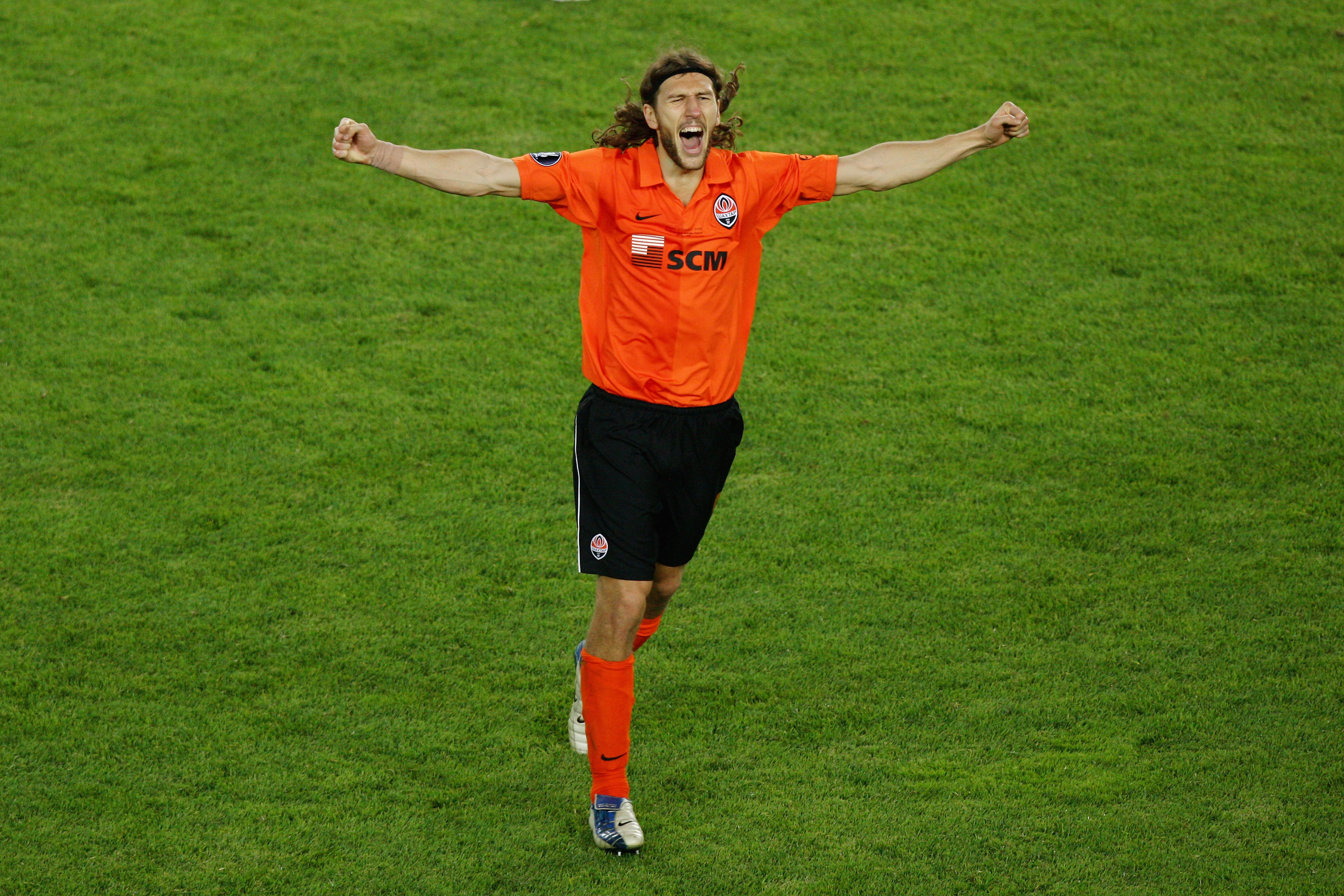 Dmytro Chygrynskiy was sold to Barcelona, but didn't fair too well in his season there. Pep Guardiola was still keen to keep the 24-year-old, however. Instead, he chose to return to Shakhtar Donetsk, despite being linked with a move to Arsenal—a signing they could have used.

He will have to be on top of his game as he faces his old team-mates who have a wealth of ability going forwards. If Shakhtar are to progress, it will be on the back of solid defence at the Nou Camp in the first leg. 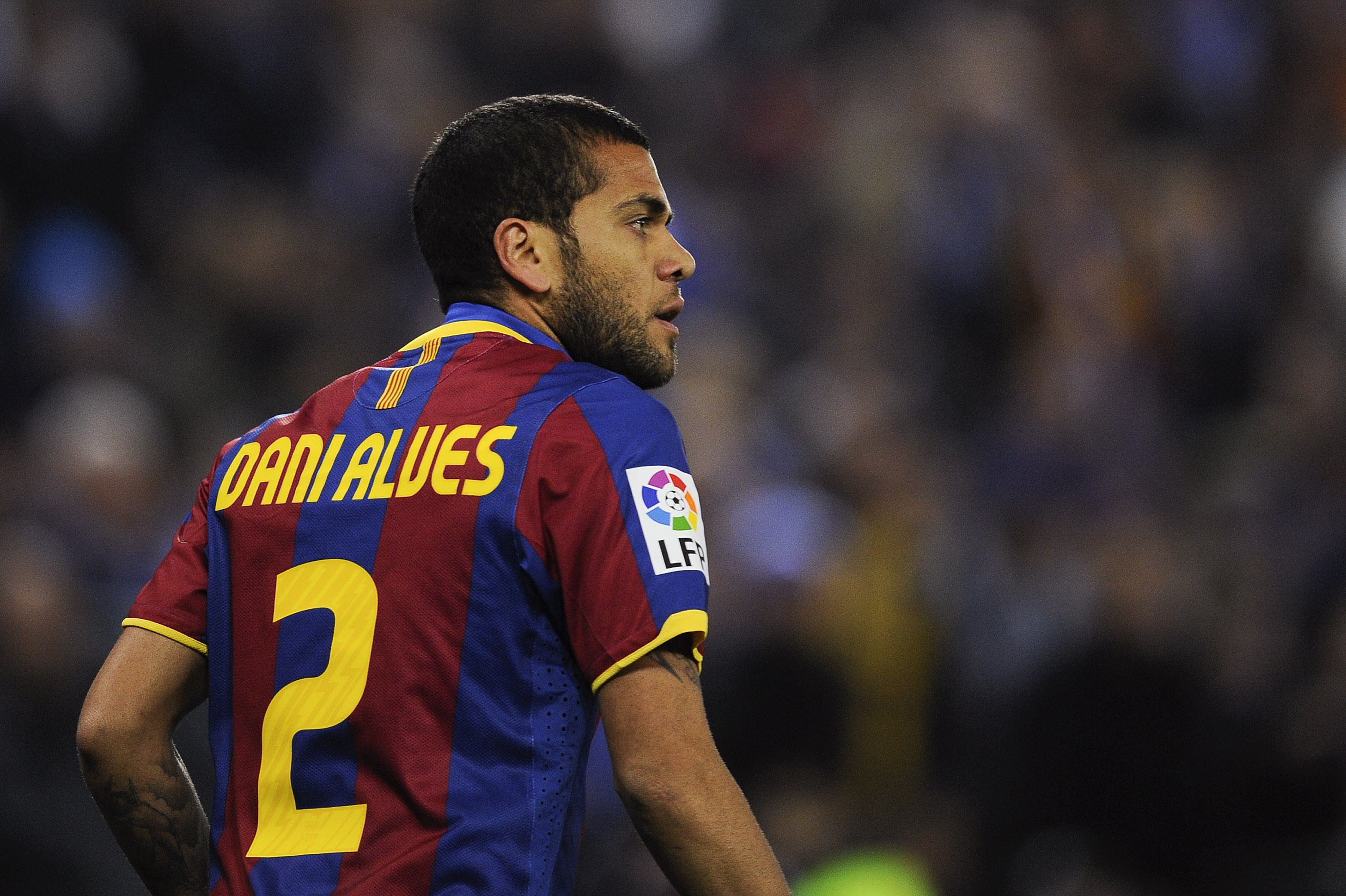 Dani Alves may or may not be headed to Manchester City at some point in the future, but right now, he is a major threat for Spanish champions Barcelona. The Brazilian has contributed 18 assists in all competitions, a healthy number.

His performances against Arsenal were undoubtedly aided by his outstanding team-mates, but the ease with which he found space and the skill with which he attacked defenders confirm once again that Alves is a wing back of incredible ability who Barcelona will not want to have to replace. 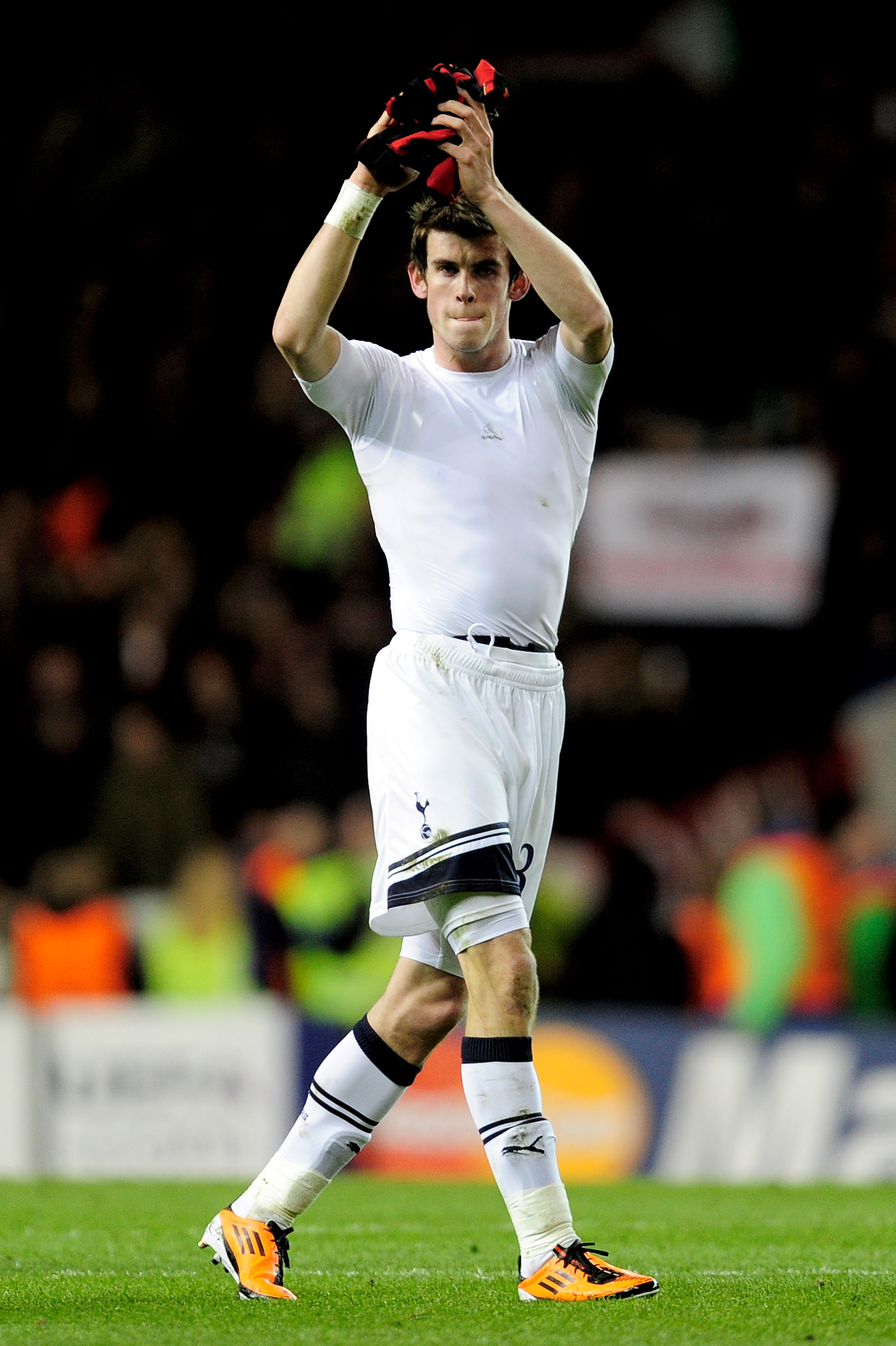 Gareth Bale recently signed a contract extension at White Hart Lane, something that Harry Redknapp and co. will be particularly happy about given that the Welshman is now one of Europe's hottest properties.

Bale's incredible performances against Inter Milan were full of speed, skill and a good final ball. They are enough to earn him a spot on this list, and he will need to put in more performances like those if Tottenham are to overcome Real Madrid, one of Europe's most successful clubs. Bale has now fully recovered from a back injury that kept him out of much of Spurs' tie against AC Milan, and he is raring to go. 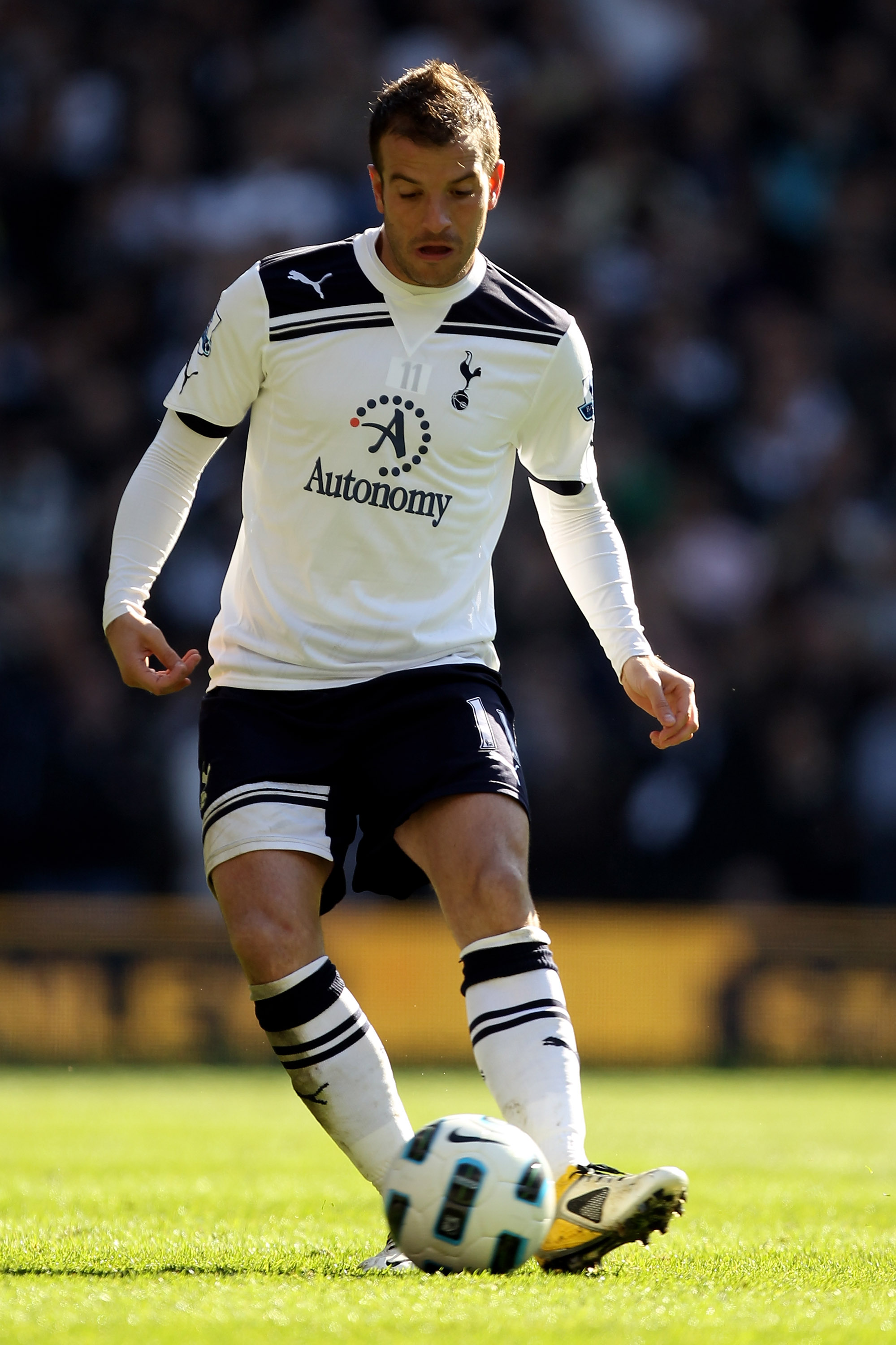 Van der Vaart has been an inspiration since moving to Tottenham Hotspur last summer. The former Real Madrid man has been largely responsible for Spurs Premier League success this season, as well as their remarkable Champions League run.

Facing his former team in the quarterfinal will provide van der Vaart with a chance to show his old club what he is truly capable of after two unsuccessful seasons there. 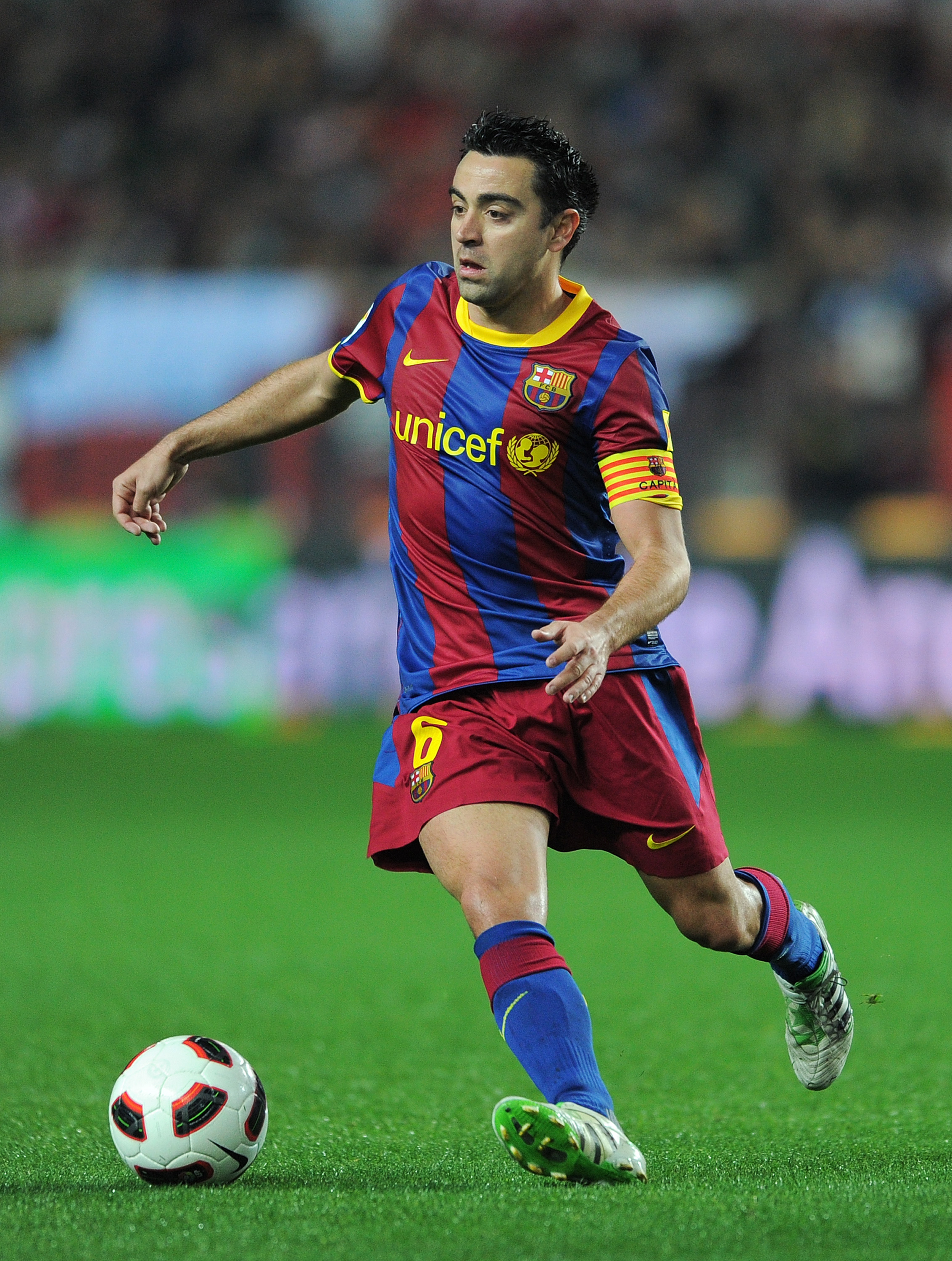 Barcelona's most capped player of all time, Xavi, has been incredibly influential at the heart of Barcelona's midfield, dominating play against Arsenal recently.

Without him, players such as Messi cannot play as they do. Xavi finished third behind team-mates Messi and Iniesta for the FIFA Ballon d'Or, but many think it should have been the 31-year-old veteran picking up the award. 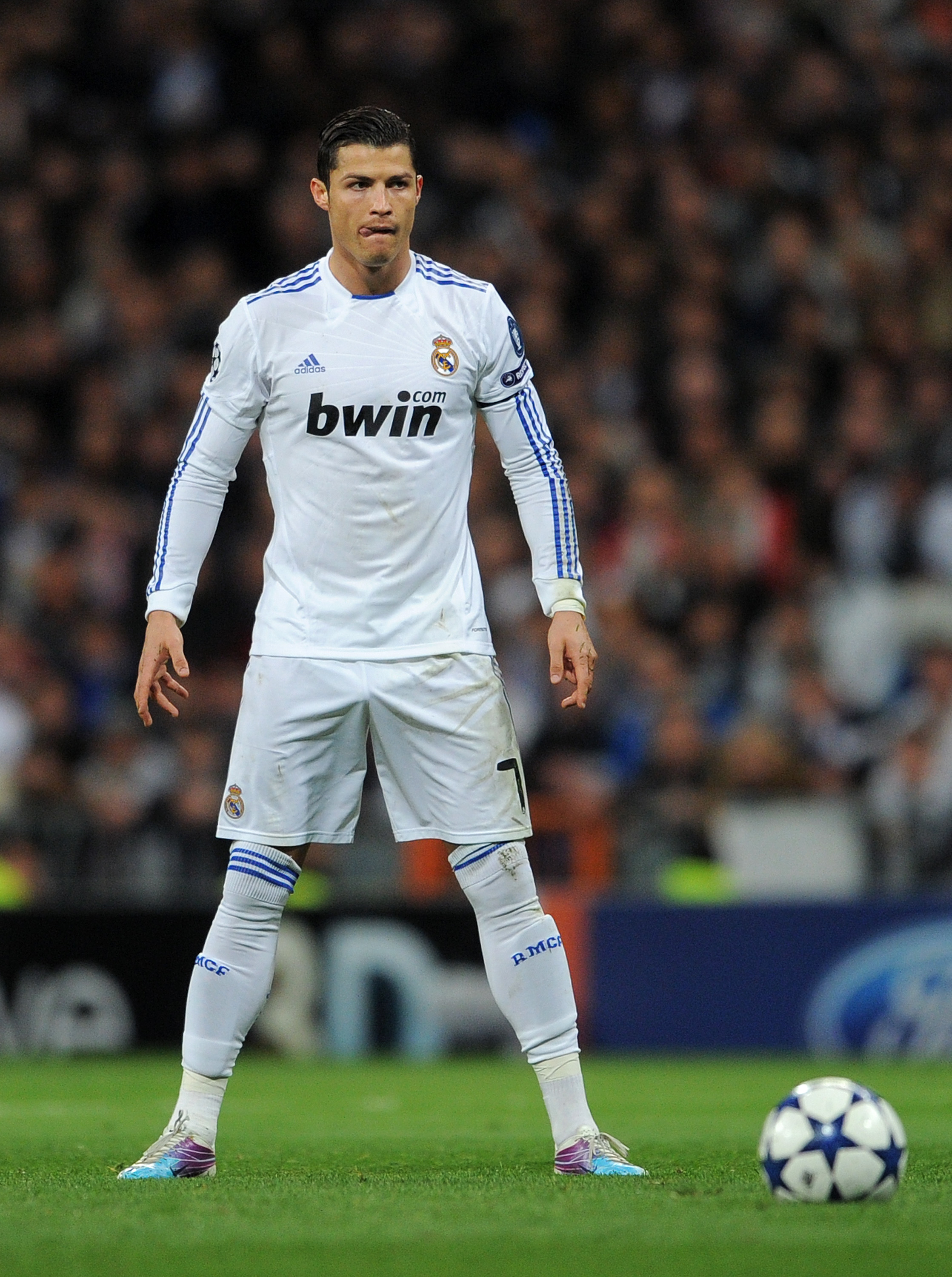 Although he may be not be fit for the first leg of Real's quarterfinal tie with Tottenham, if he does play, he will likely have a huge impact on the game.

Ronaldo is the only player in the world good enough to be compared with a certain Argentinian, and although Madrid will be confident of seeing off Spurs, they will be aware that the London club has done rather well at being the underdog this season. Having Ronaldo back might just calm some nerves. 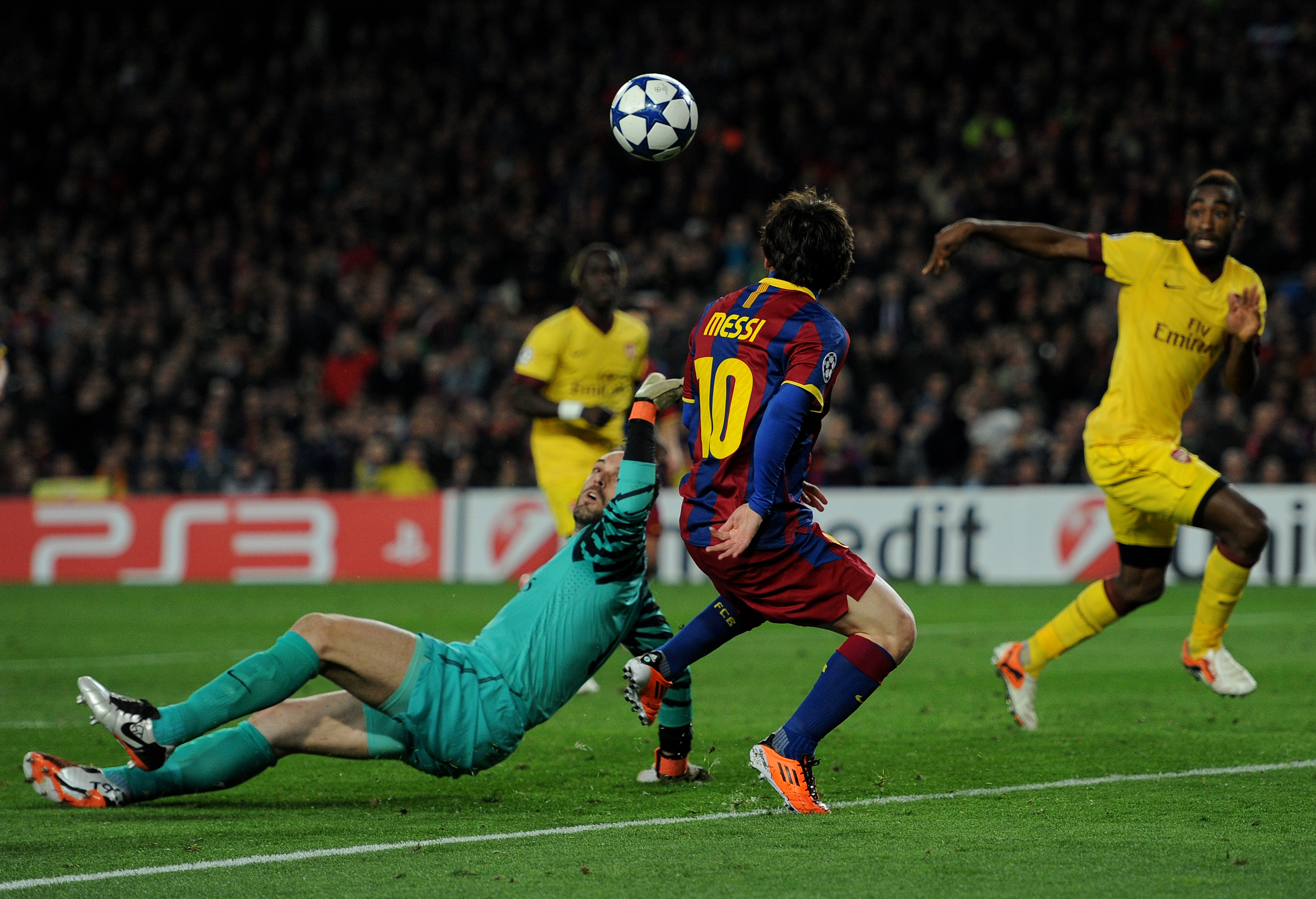 What is there to say about Lionel Messi that hasn't been already said? Not much, really.

The Argentinian genius has once again mesmerised audiences, eight games, eight goals and two assists give a pretty good impression of how good Messi has been. This season has been his most productive yet. In all competitions, he has scored 45 times in 42 games and provided 21 assists.

If he keeps playing like he has been, Barcelona are going to be very hard to stop. 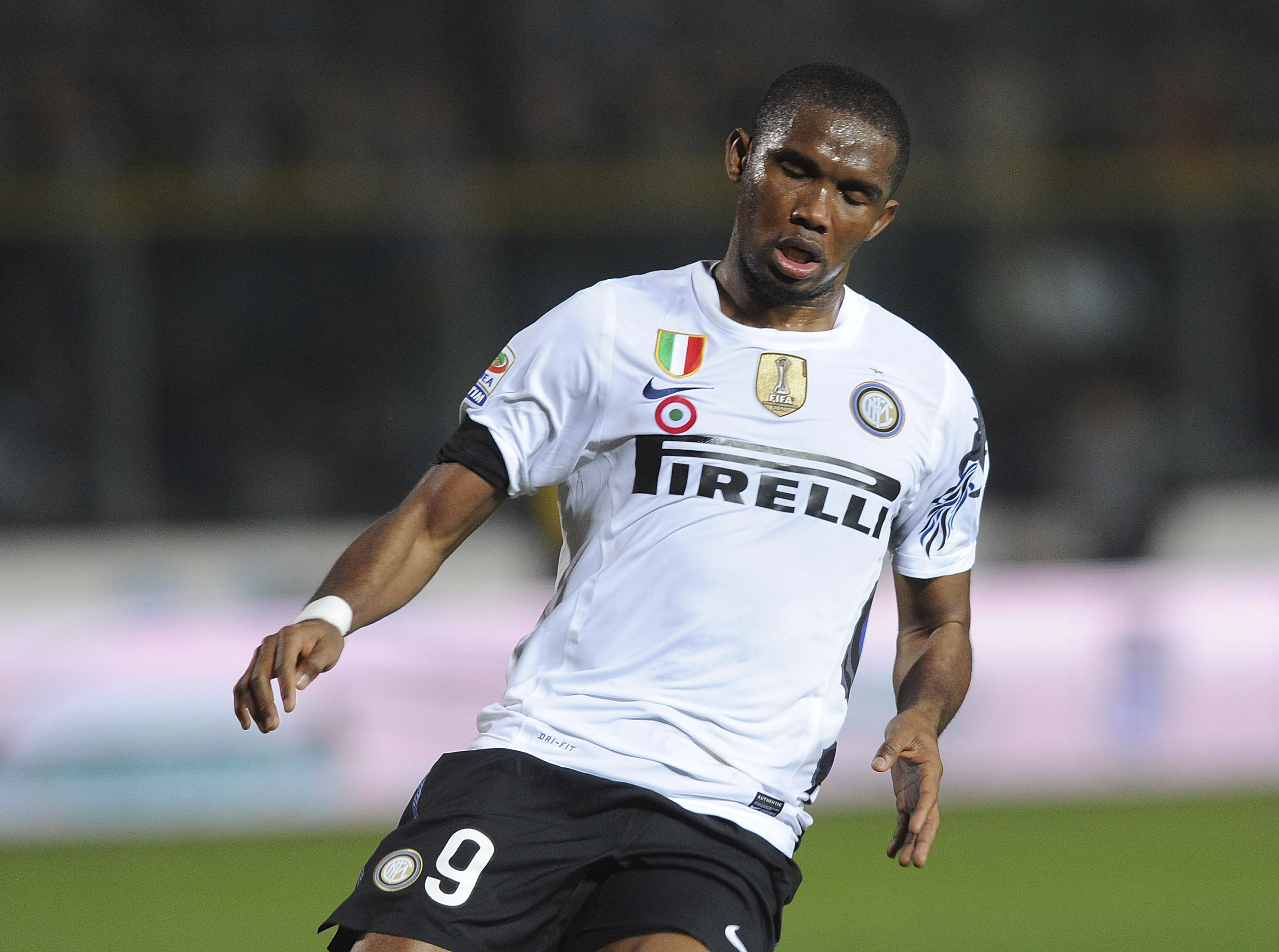 Eto'o is joint top scorer in this season's Champions League with eight goals in nine appearances.

The Cameroon international has been in good form this season. He will need to perform as Schalke have plenty of ability going forward as well; Raul and Klaas-Jan Huntelaar are not to be laughed at, and Eto'o may be required to help outscore the Champions League legend and one of the legend's former Real Madrid strike partners.