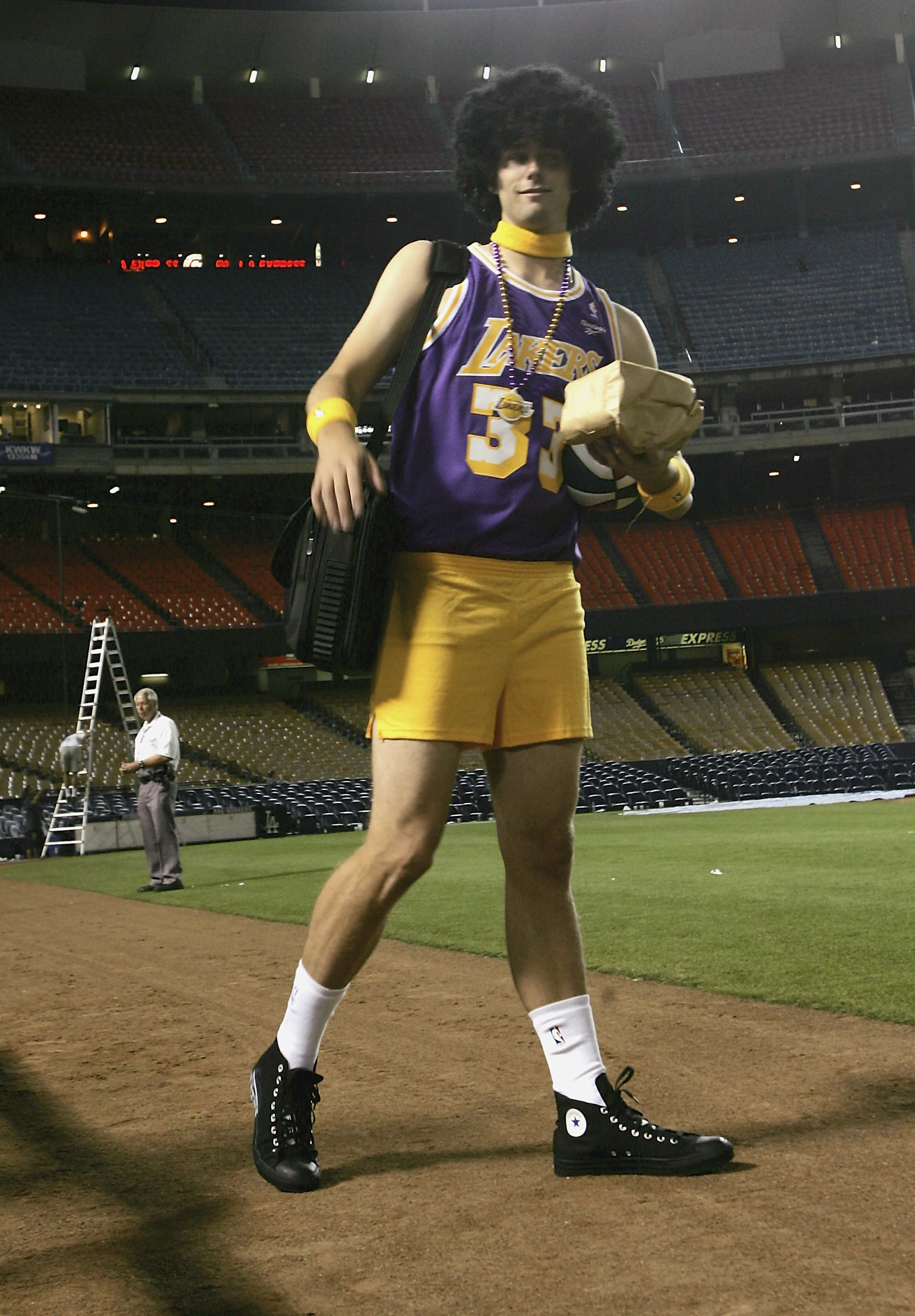 It's been going on for many moons in leagues across the nation.

In Major League Baseball, it's no different. The rooks get messed with by the savvy vets.

Over the past decade, hazing has gotten a bad rap, mostly due to the fact that high-school athletes seem to focus their hazing rituals on cruelty rather then good-natured fun.

While most stories involve cross dressing and costume shenanigans, let's take a look at some funny times in MLB hazing history.

The Chicago White Sox show us that baseball players make having fun a priority.

In this case, it's Bobby Jenks as Fred Flintstone and Brian Anderson dressed as an Arizona State cheerleader.

Gladiator was also in the house.

Are you not entertained?

The Dodgers rookies showed us that it's not always behind closed doors where players are subjected to the harsh reality of being a rookie.

In this case, the attire was pink butterfly backpacks.

Haven't seen this many times before, but it's enough to make you hate opening day after the pressure of making the big leagues wears off.

The Wizard of Oz Cast

The Yankees rooks showed up knowing they had to dress up as something, but they didn't know what it was going to be.

Again, baseball shows us that costumes are the bread and butter of rookie hazing rituals.

I think this speaks for itself.

The Cubs dress to impress for some diehard autograph seekers.

Clayton Kershaw shows us why some costumes are not meant for males.

Hiroki Kuroda, however—now that's a hazing costume I wouldn't be embarrassed about.

So did Waldis Joaquin when he brought out the Scooby-Doo costume.

These members of the Angels had to strut their stuff in front of a gang of people.

Again, it's more of the cross dressing us baseball fans are afraid to witness.

More of the same. However, I thought the ring over the head of these Marlins players was a good touch. 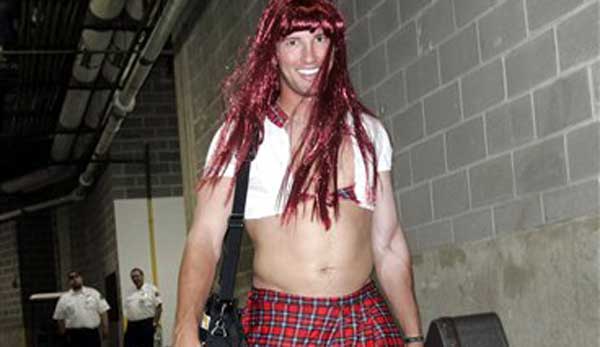 The A's played a mean trick on Huston Street. 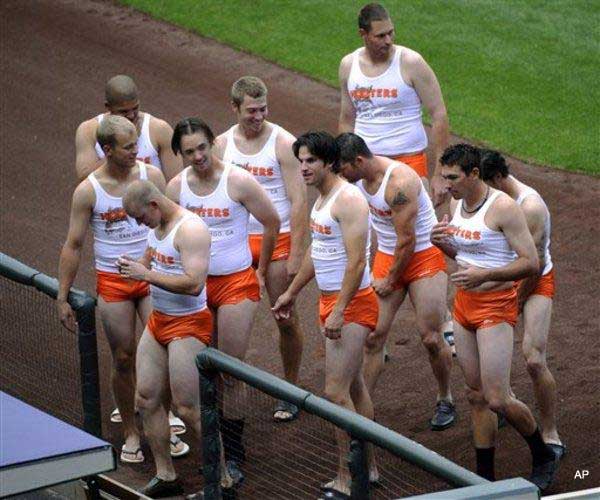 I did try to warn you.

Maybe you're wondering why there isn't much written in each slide.

Well, I can only stay on a page with this image for so long. It's funny at first, but then it gets to be overbearing.

Congratulations, Padres—you win the award for most ridiculous rookie costumes.