2011 NBA Playoff Predictions: Who Will Win Every Single Playoff Series 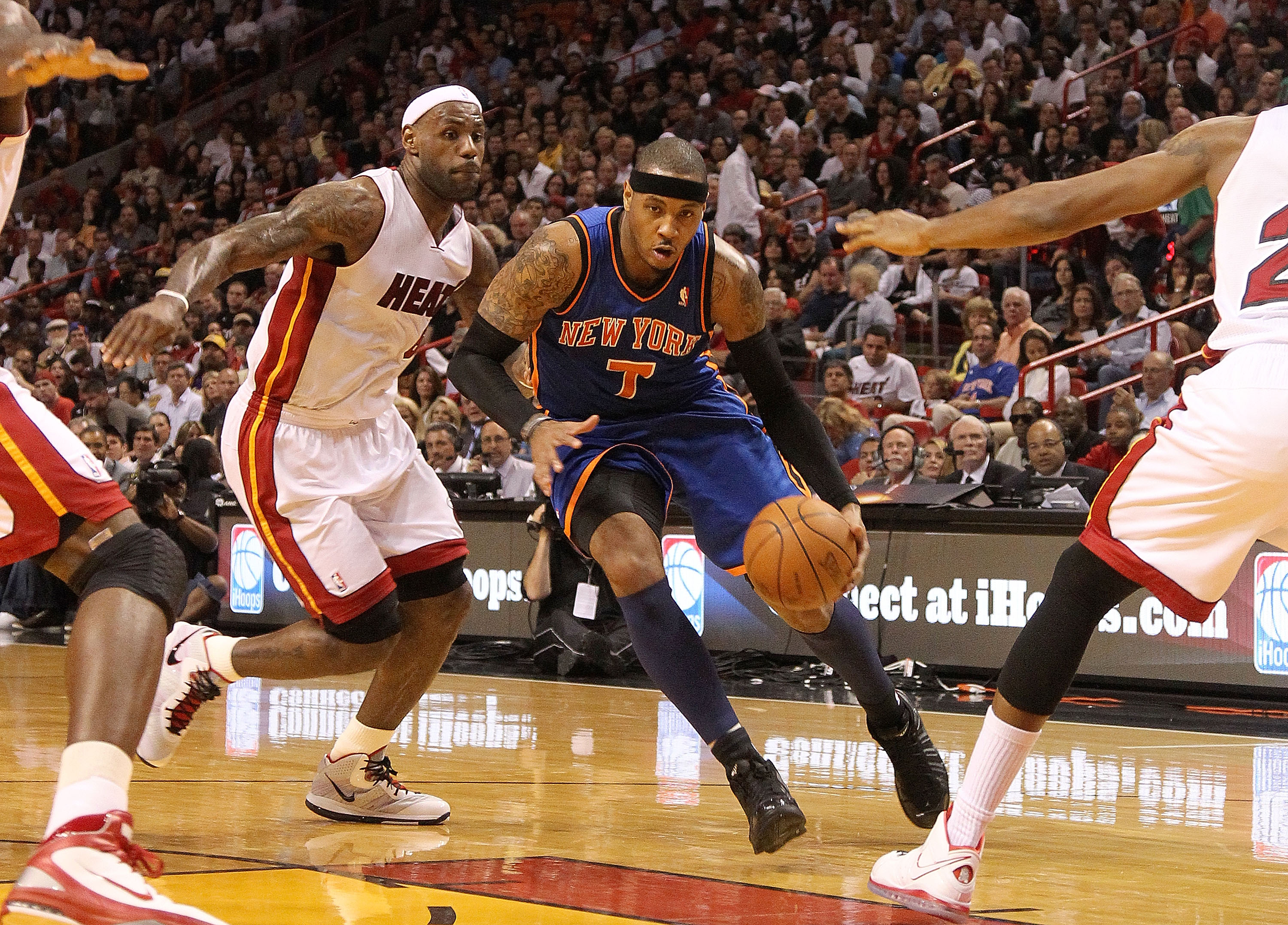 Carmelo Anthony and the New York Knicks traveled to Miami Sunday to face Lebron James and the Heat, in a match-up that featured some of the best talent in the NBA.

New York barely escaped with a 91-86 victory, and the game was extremely close the entire way.

The Heat and the Knicks are two Eastern Conference powerhouses who will be fighting for a high seed in the NBA playoffs this year.

Unfortunately, they aren't the only teams with a say in how this year's playoffs will shape up. Kobe Bryant and the reigning world champion, the Los Angeles Lakers, would love to win their third title in a row, and highly talented young teams like the Oklahoma City Thunder will look to win their first.

Here's how the 2011 NBA Playoffs will turn out. 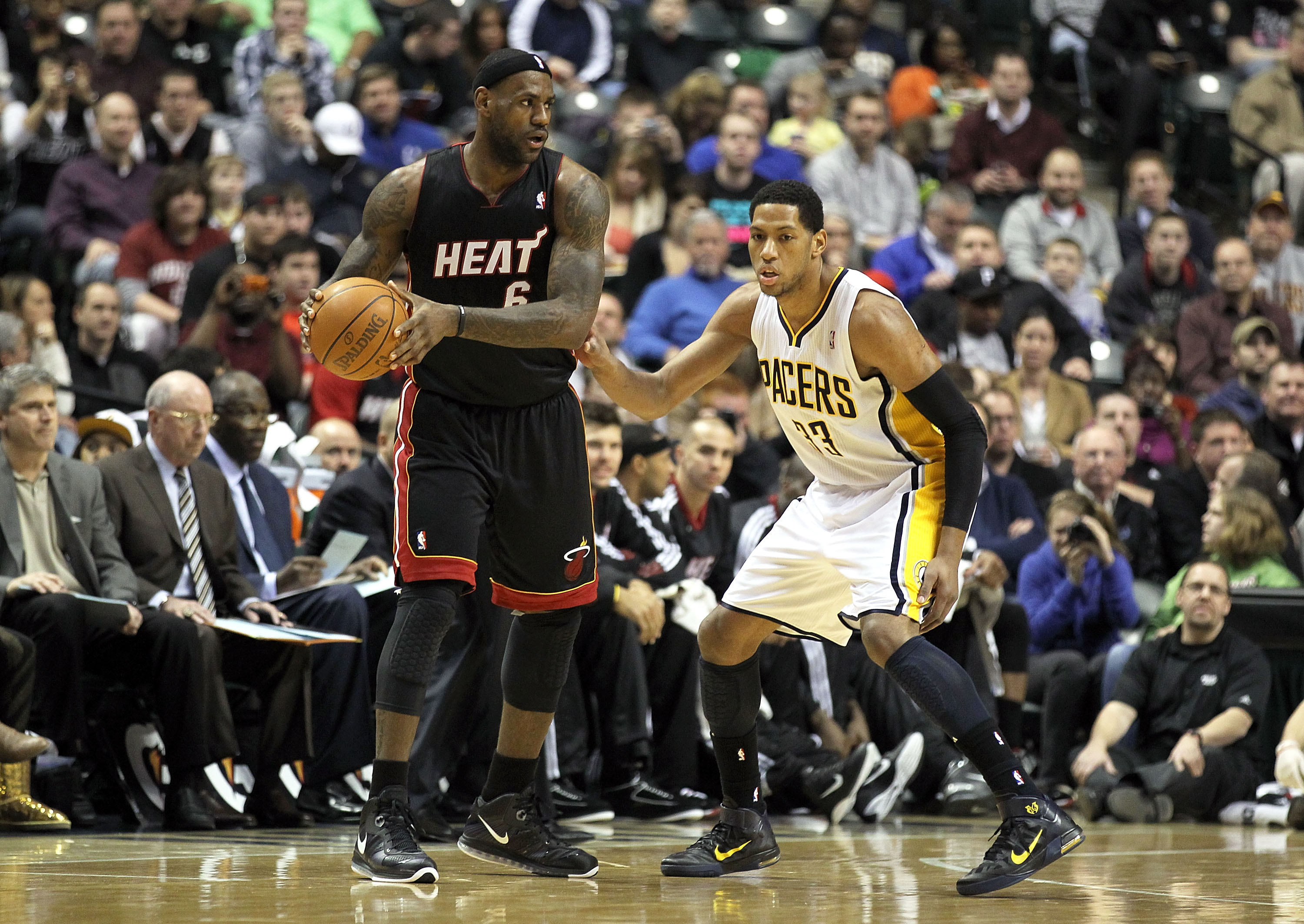 Danny Granger and the Indiana Pacers barely slide into the eighth seed in the playoffs, and will have to play the Miami Heat who nudged out the Boston Celtics for the top spot in the East.

Roy Hibbert and company will play Miami as tough as they possibly can, but the overall talent of the the Heat will just be too much. 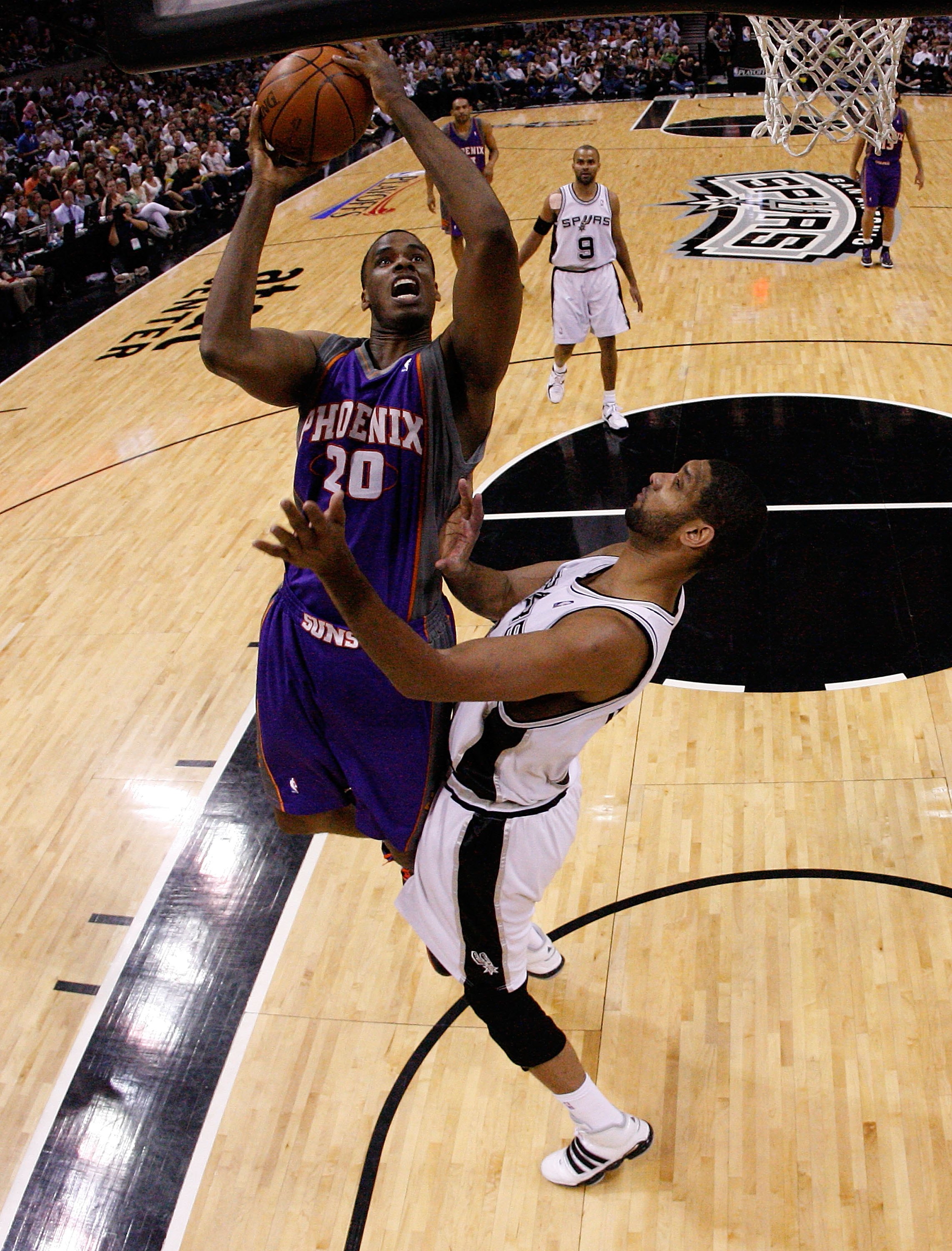 Phoenix, who is currently in the tenth spot in the West, will overtake Utah and Memphis who no longer have elite players to get to the postseason.

Steve Nash is all too familiar with San Antonio as the two teams have matched up quite often in the playoffs.

Unfortunately for Nash, the Spurs are too dominant this year, and will defeat the Suns with ease. 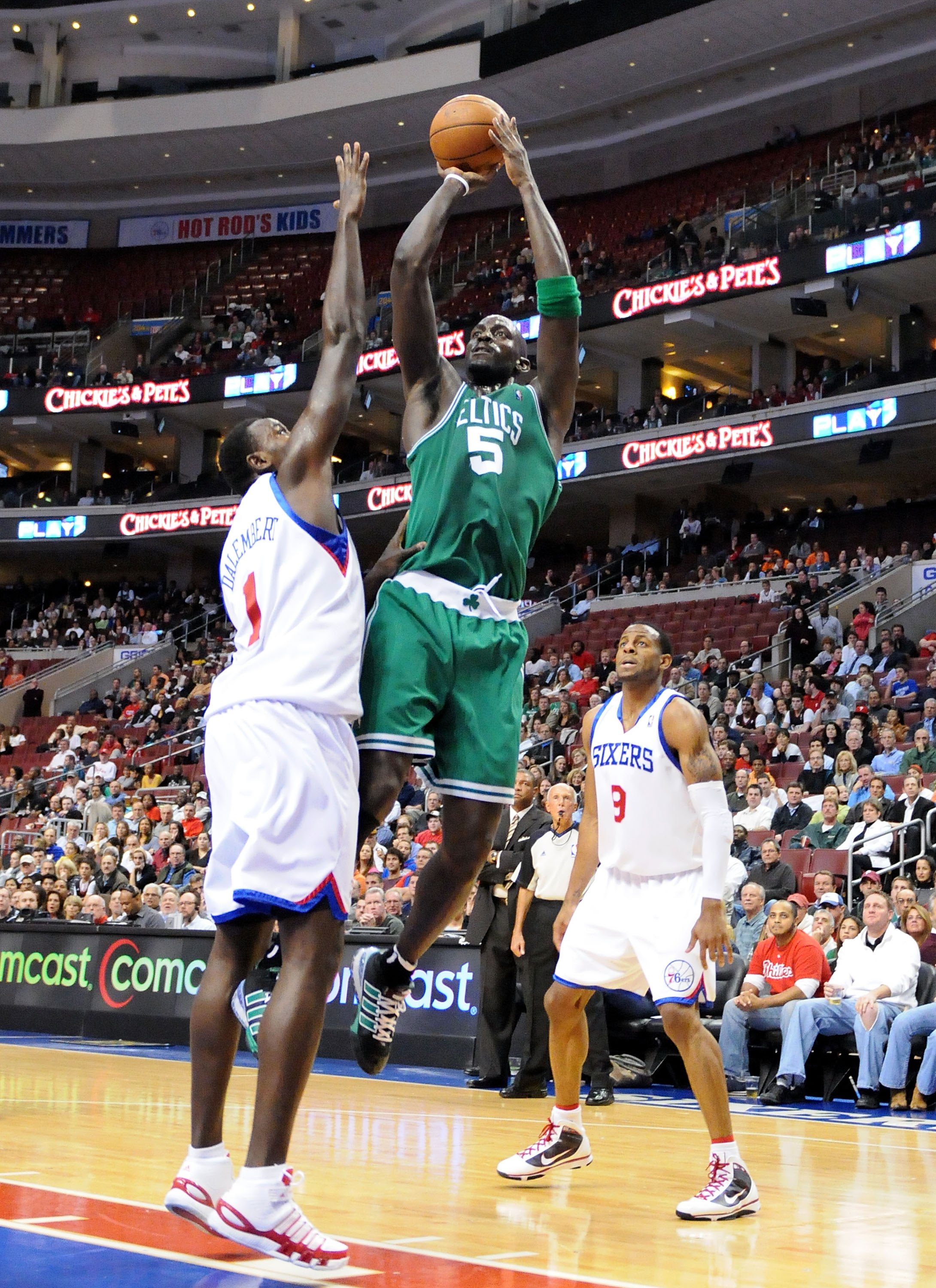 The Boston Celtics, who owned the best record in the East for the majority of the season, will fall behind Miami near the end of the season to take the second seed.

The 76ers will only make the playoffs because of the lack of talent in the bottom half of the Eastern Conference, and Boston will make them pay for it.

West Round 1: No. 2 Dallas Mavericks vs. No. 7 Portland Trail-Blazers 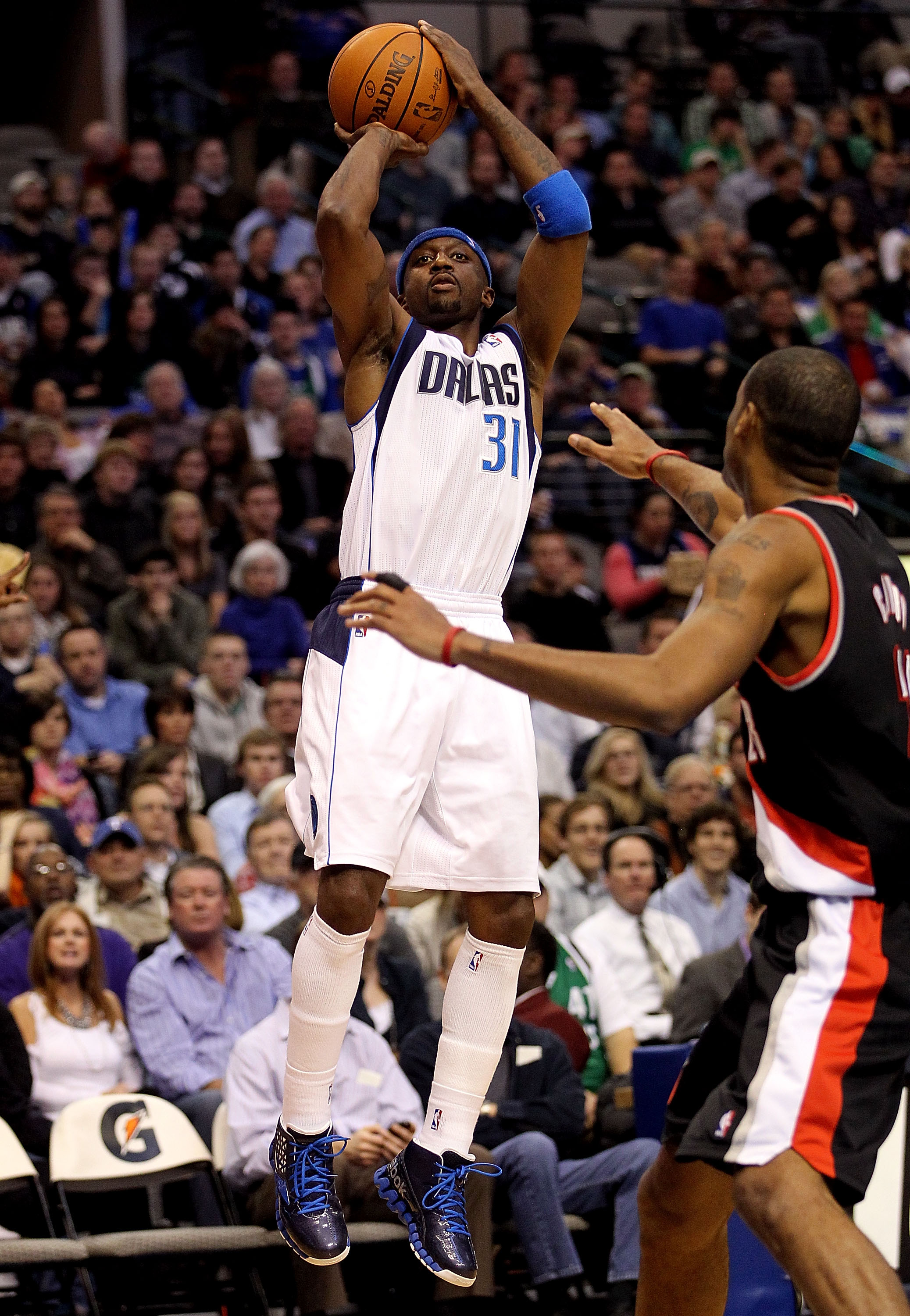 With the addition of Gerald Wallace at the trade deadline and newly recovered Brandon Roy, the Trail-Blazers are making a strong push for the playoffs.

Dirk Nowitzki on the other hand is playing as well as he ever has, and the Mavericks will prove that they are still an elite team in the NBA in their first round match-up. 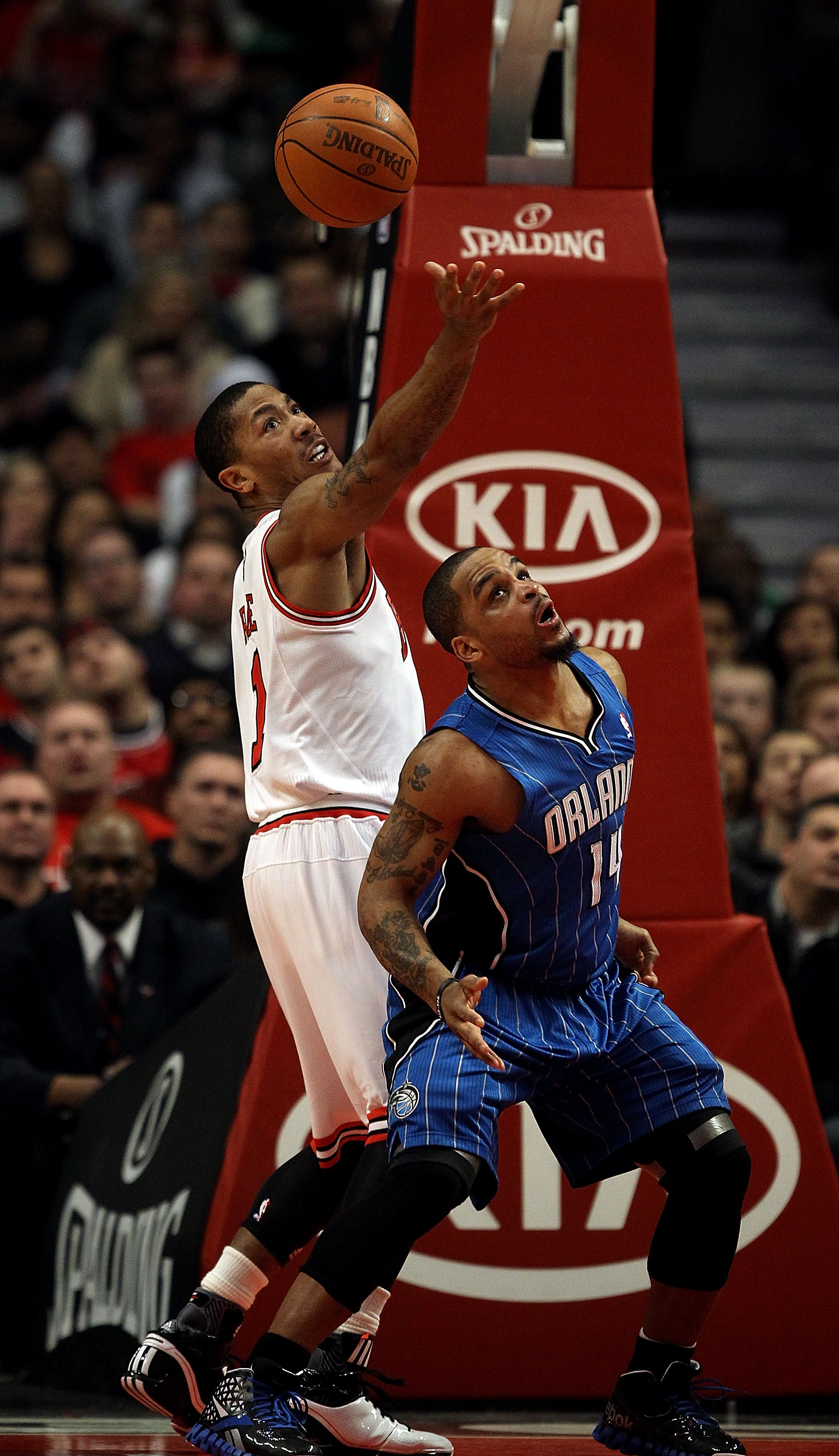 In one of the best first round match-ups, Dwight Howard and the Orlando Magic are pinned against Derrick Rose and the Chicago Bulls.

This series will be a battle of home court advantage, with each team winning the first three games it plays at home.

Derrick Rose will be too much of a dynamic scorer, and the Magic won't be able to keep with him in Game 7. 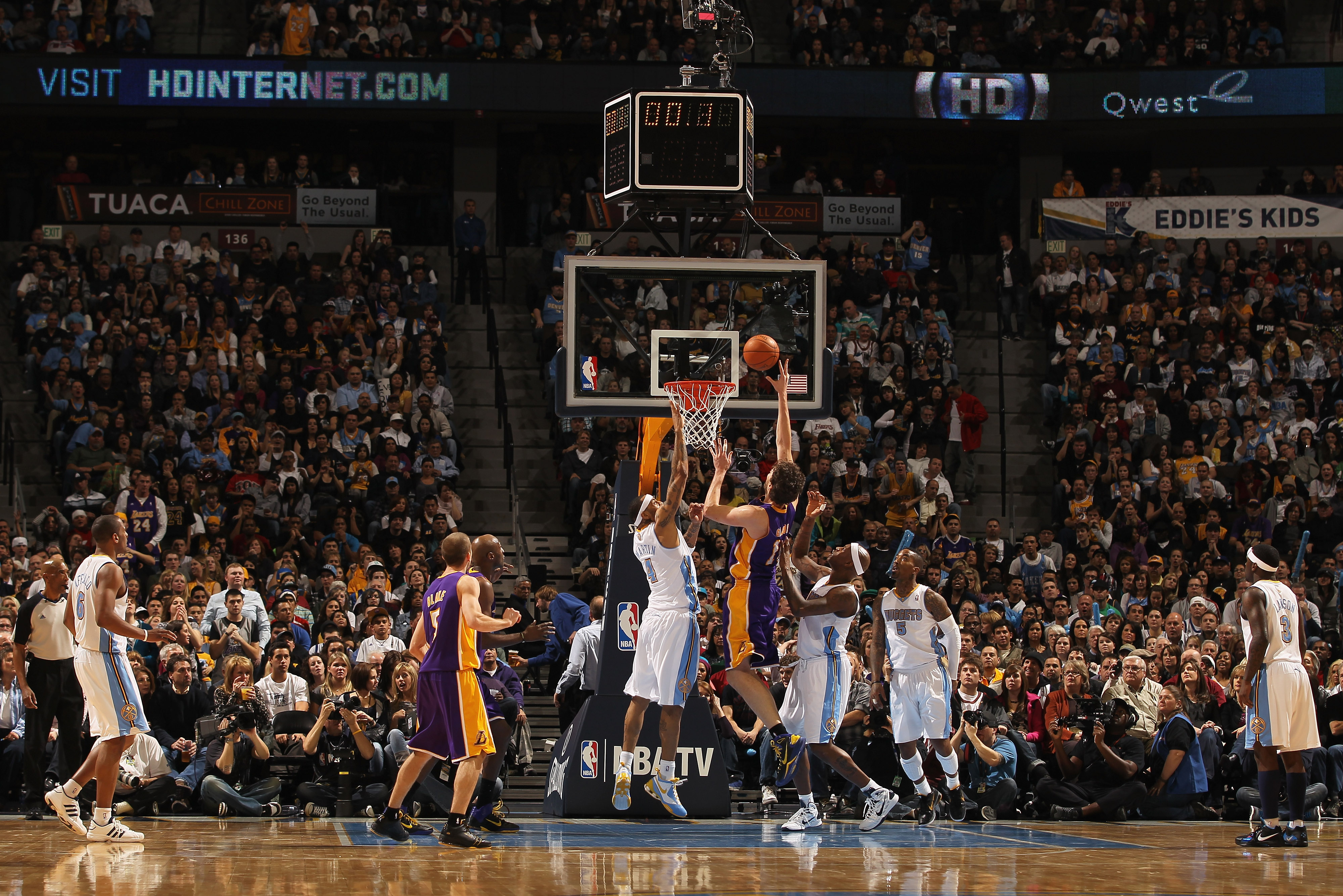 Even without Carmelo Anthony, the Denver Nuggets will be able to make the playoffs in the Western Conference, which has recently shipped out its star players to the East.

Kobe Bryant and the Lakers aren't used to having a seed this low, but they will still defend their title admirably.

In fact, they will coast to an easy series victory in the first round. 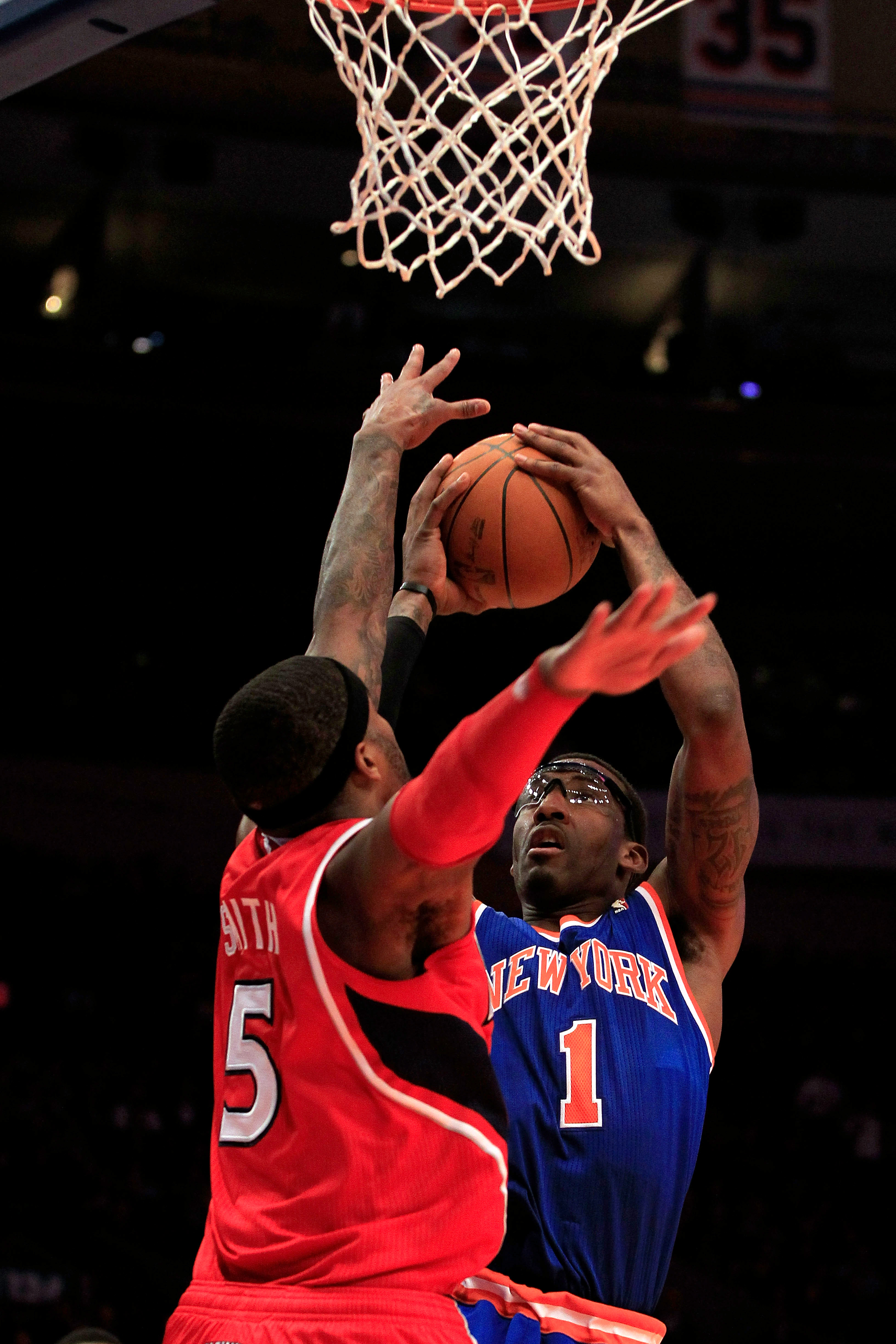 Carmelo Anthony's transition to New York will go well enough for the Knicks to take the fourth spot in the East.

Atlanta has played well all season, but with the mass amount of talent in the East, they can only manage the fifth seed.

This is another series that will be tremendously fun to watch. Stars from both teams will make their presence felt, but it will be the stars from Liberty City that advance.

West Round 1: No. 4 Oklahoma City Thunder vs. No. 5 New Orleans Hornets 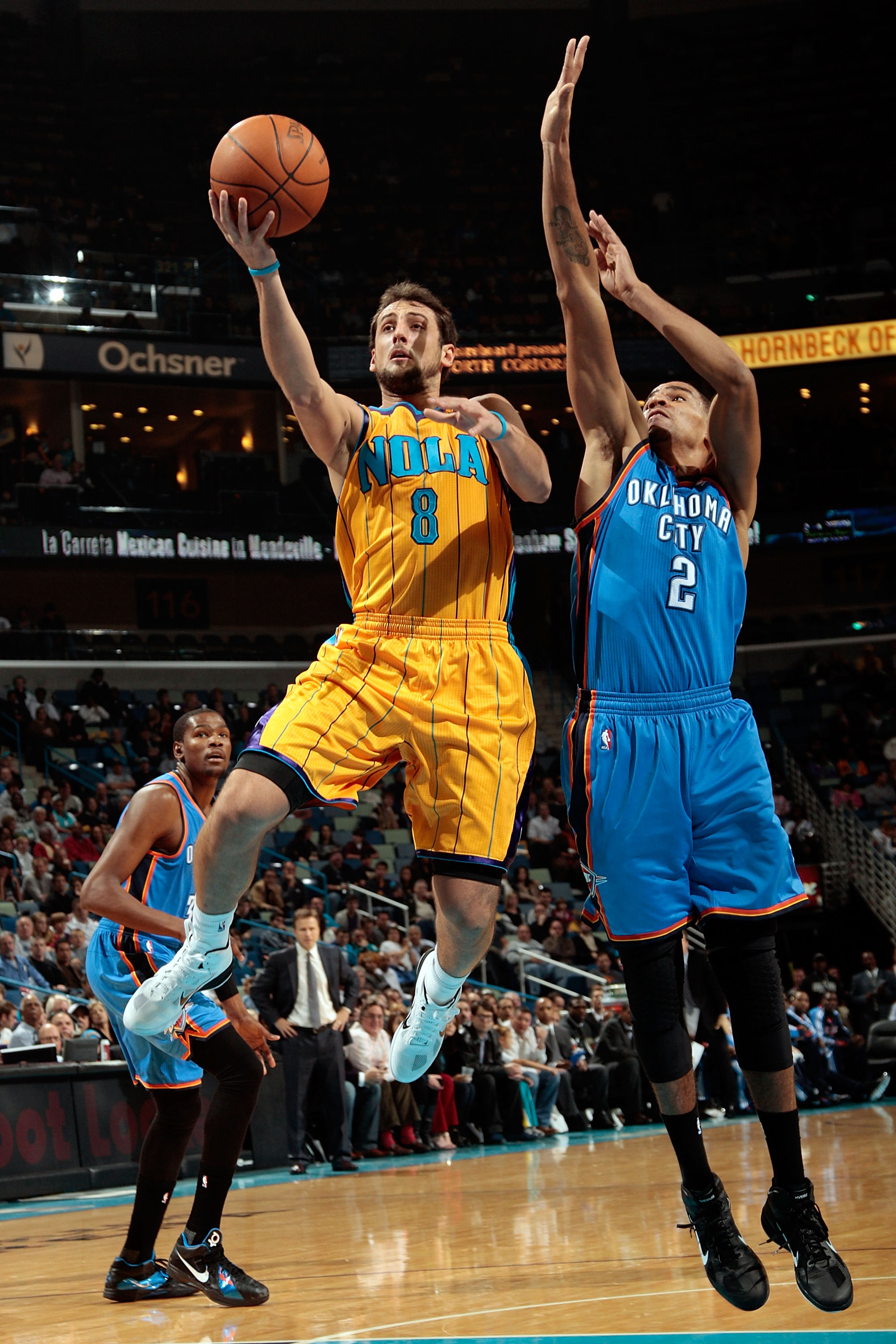 This series features young, exciting talents on both sides of the court.

Chris Paul and Kevin Durant are two of the best players in the NBA, and they will show off their abilities in this series.

Besides those two, the biggest factor in this seven game series will be Russel Westbrook. His double-double in the final game of the series will be enough to push the Thunder into Round 2.

East Semifinals: No.1 Miami Heat vs. No. 4 New York Knicks 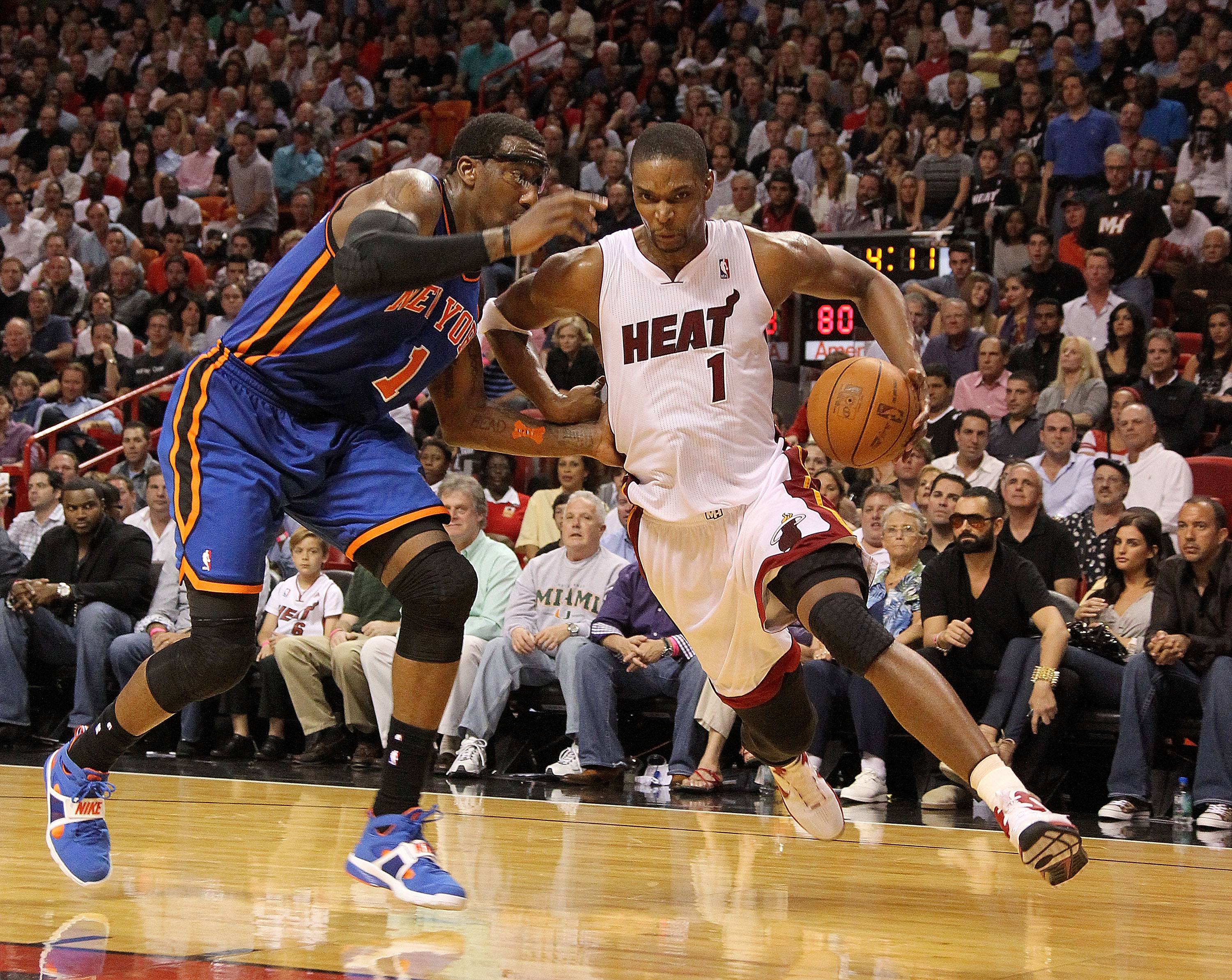 In a rematch of Sunday's battle, the Heat and Knicks will duel it out once again with a bigger prize on the line.

The dual-threat of LeBron James and Dwayne Wade will help the Heat jump out to a quick two game lead in the series. New York isn't going to let Miami walk all over them though, and will end up tying the series at three games a piece.

Game seven will be one of the most watched games of the playoffs, with the victory being clinched in the final minutes. 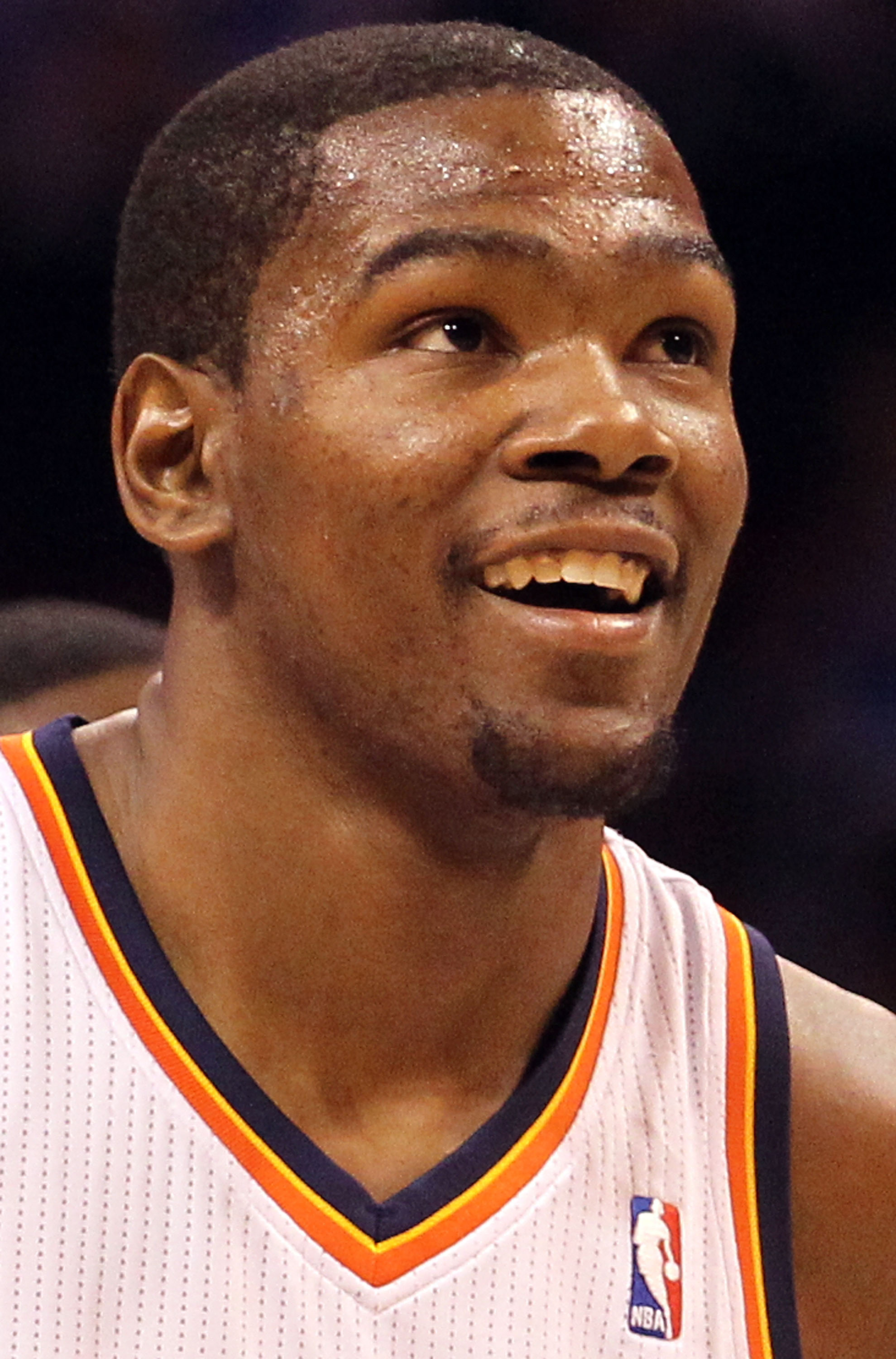 Kevin Durant is becoming a superstar in the NBA, but he doesn't have enough experience to be able to consistently dominate in the playoffs.

The Spurs are lead by veterans at every position, including Manu Ginobili, Tim Duncan and Tony Parker. Although the Thunder have enough talent to beat anyone in the league, they won't be able to pull out the series victory against a highly experienced team.

East Semifinals: No. 2 Boston Celtics vs. No. 3 Chicago Bulls 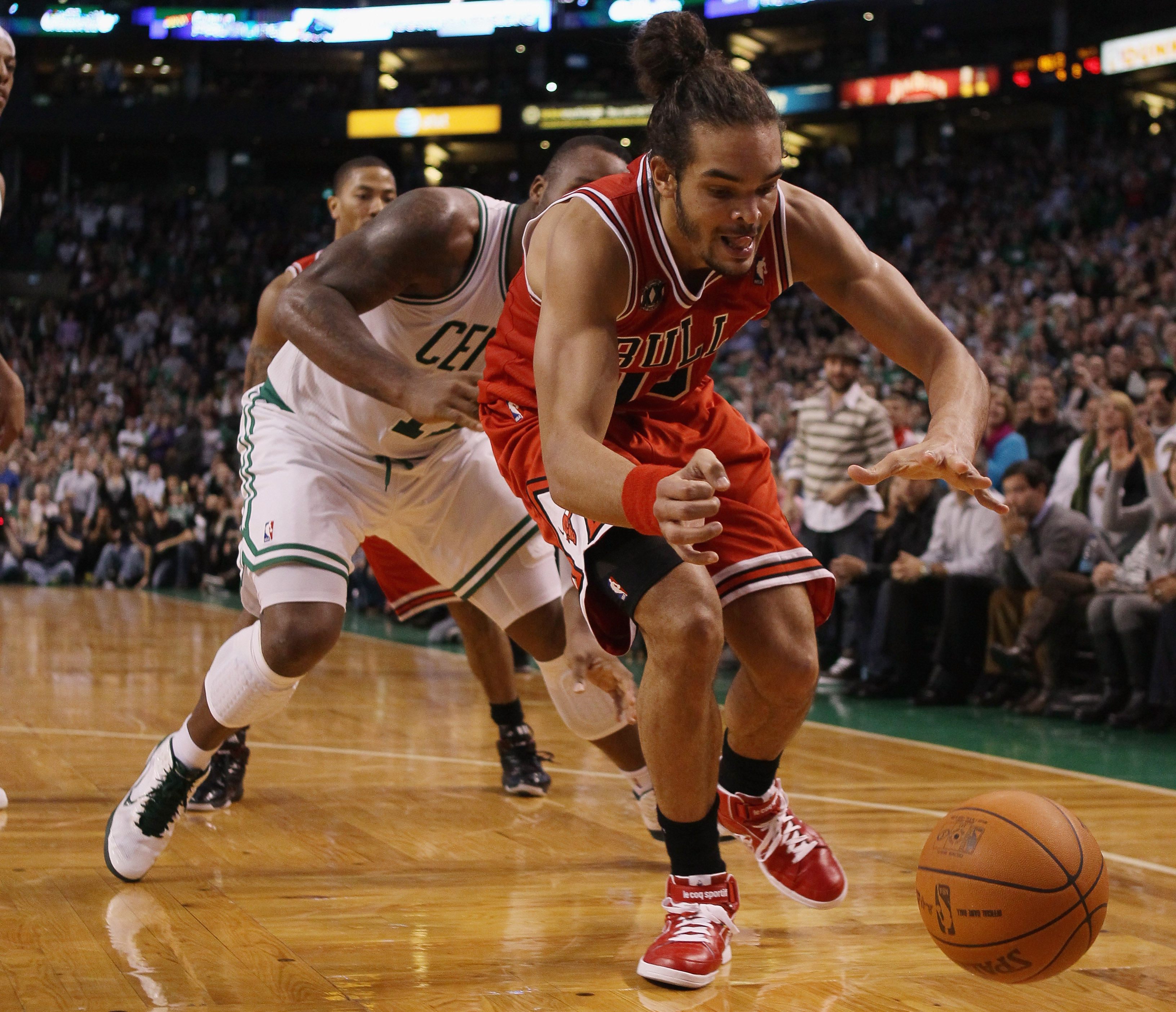 Derrick Rose and the Chicago Bulls will have a very tough time facing the Boston Celtics in the Eastern Conference semifinals.

While Rose is becoming a star player in the NBA, Chicago still isn't a proven team when it comes to the playoffs, and they won't be able to slip past Boston.

The big three, or four if you include Rajon Rondo, will dominate the Bulls at home, as well as pull off a victory on the road to take the series in easy fashion.

West Semifinals: No. 2 Dallas Mavericks vs. No. 3 Los Angeles Lakers 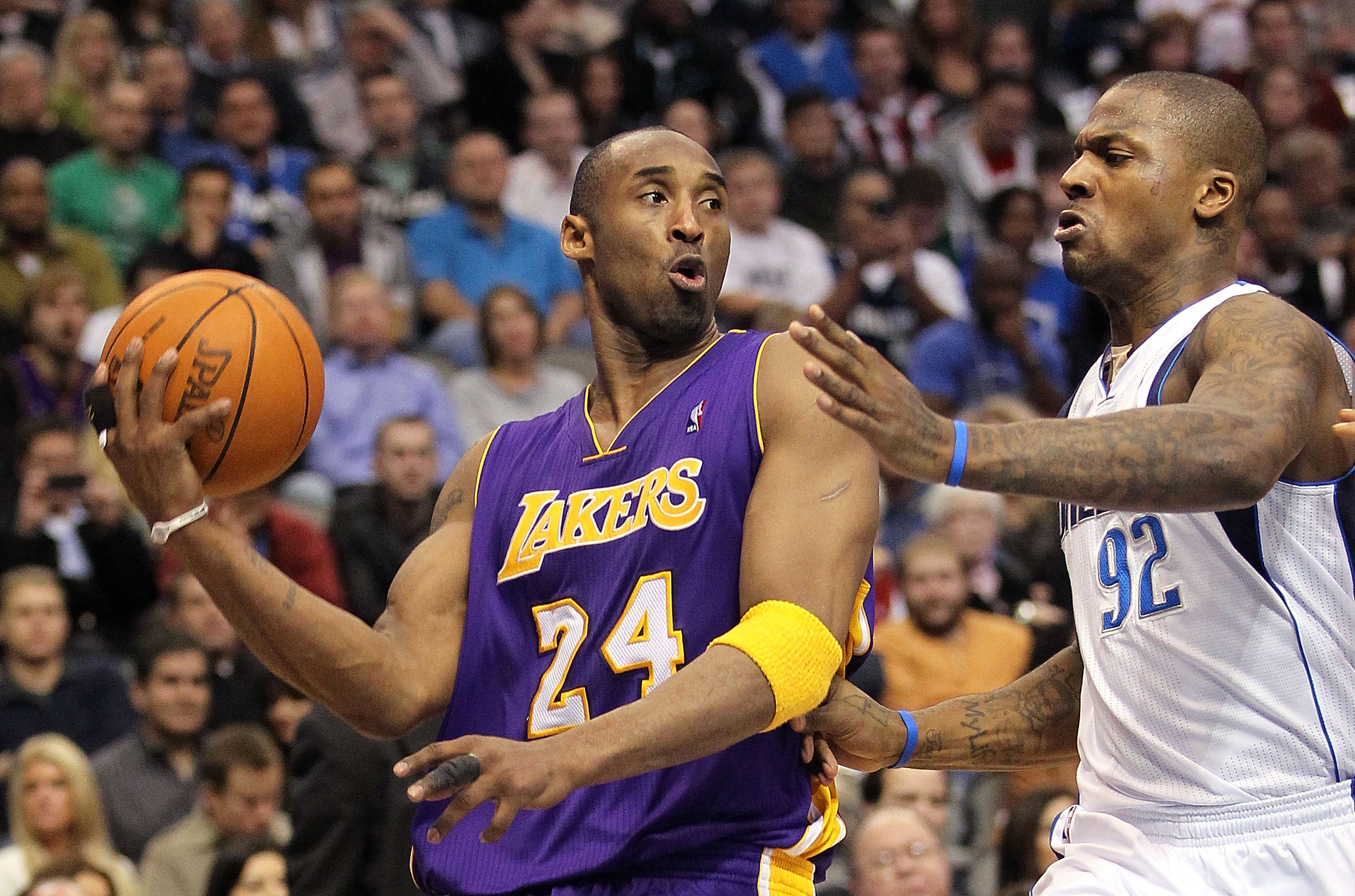 This match-up is essentially a coin flip. Both teams are equally capable of playing at an elite level, and both have enough star power to win close games at home and on the road.

Kobe Bryant will have a series to remember against Dallas, who won't play as good of a defense as they had throughout the year. Bryant will rack up 30 points or more on at least three occasions.

Unfortunately for Mark Cuban, Dirk Nowitzki and the Dallas Mavericks, their poor performance play in the postseason will strike again, and they will have to wait another year to get to finals.

East Finals: No. 1 Miami Heat vs. No. 2 Boston Celtics 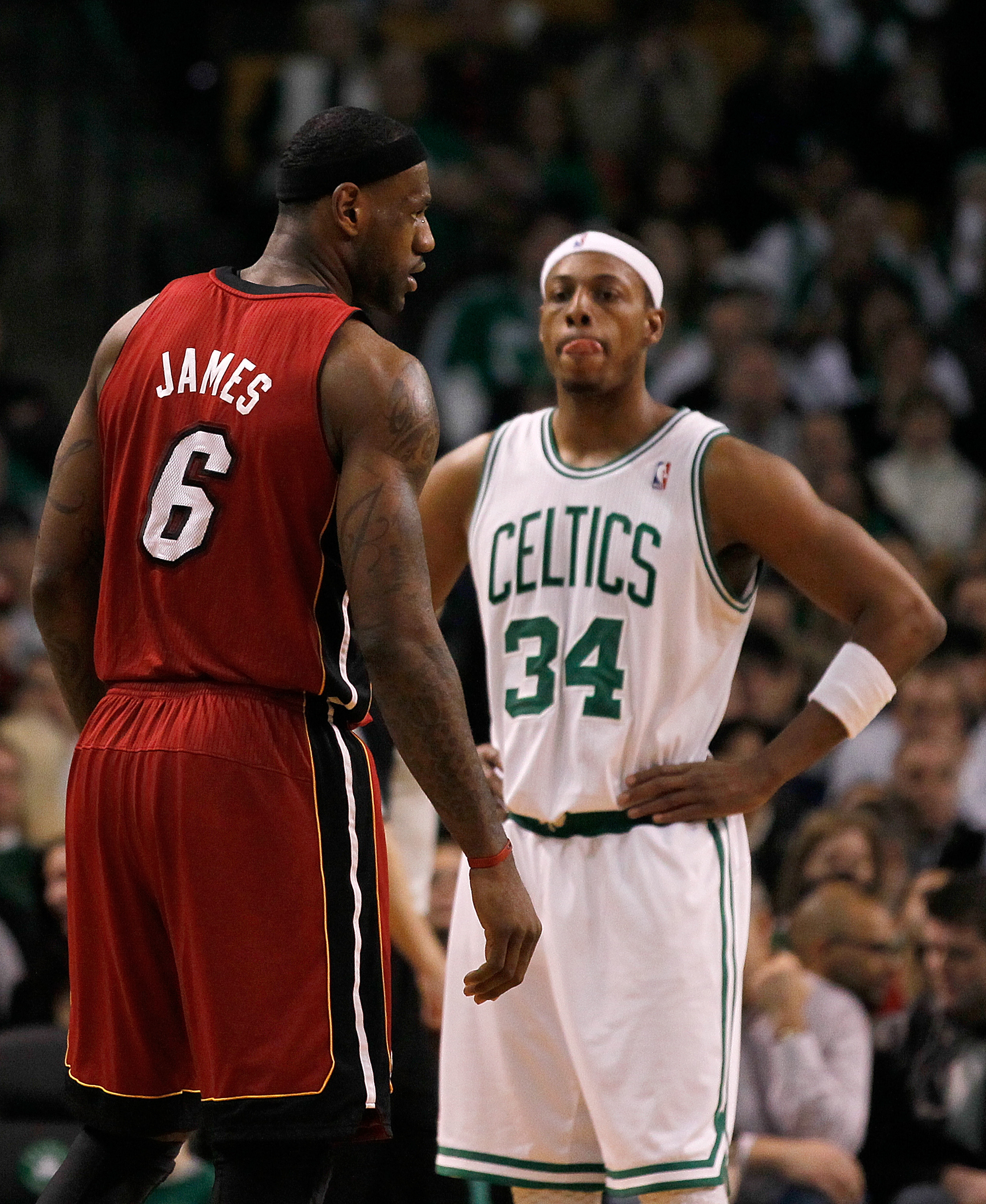 Isn't this the finals that everyone has been predicting?

The all-star studded team in Miami will face the veteran force of the Boston Celtics in a highly dramatized, highly exciting final series.

The Heat have home court advantage in the series, which will help them immediately as they take the first game in comfortable fashion.

Games 2 and 3 will be won by Boston, who respond well to an early defeat. Rajon Rondo will show off his abilities with two double-doubles, and excellent defensive plays.

After a back-and-forth battle in the next few games, the series will be tied at three, as if that is a shock to anyone.

LeBron James is once again in a Game 7, and once again he will fall just short with his offensive production. Although Dwayne Wade dominates the final game, his performance will not be enough. 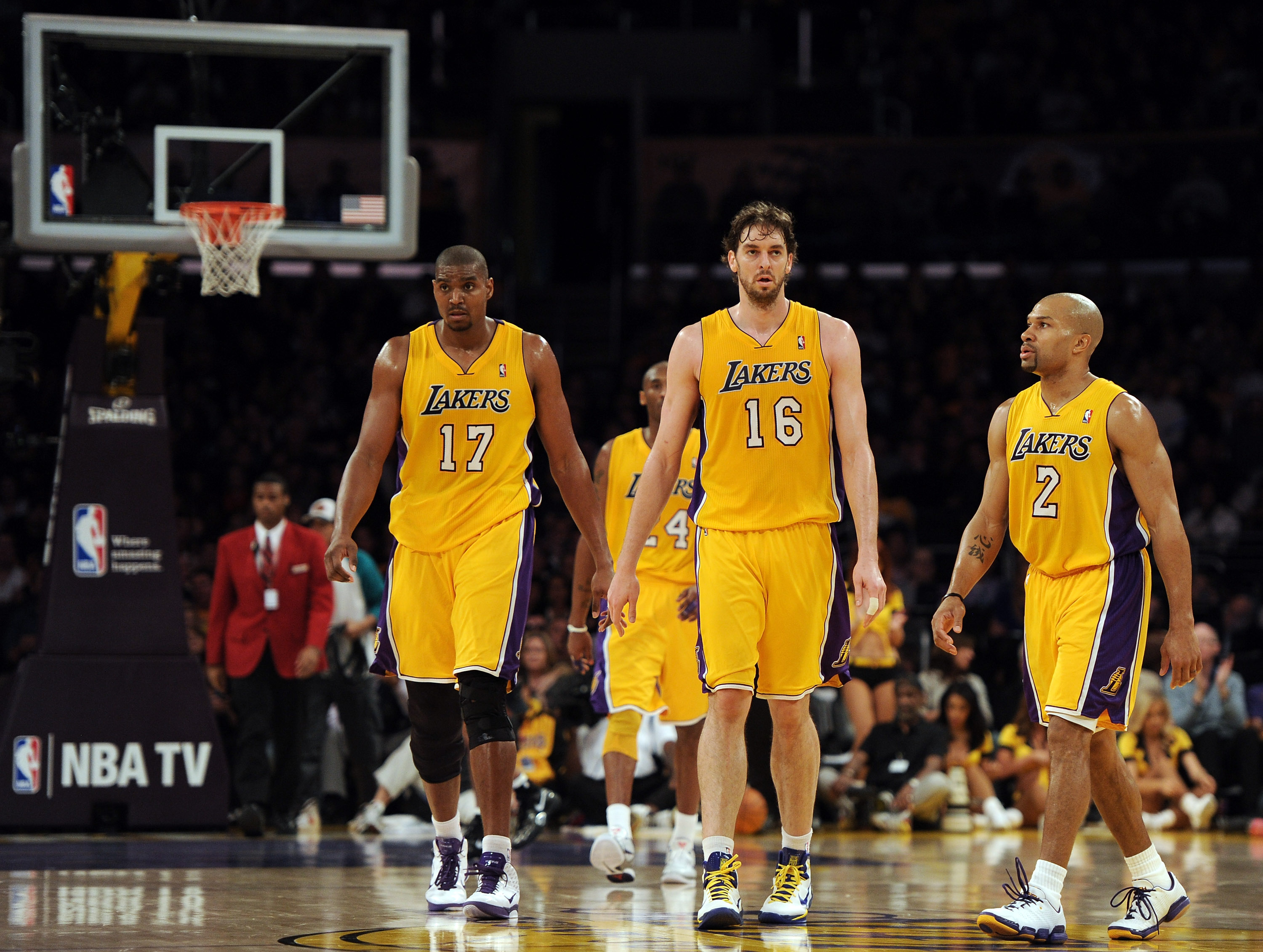 The story in the Western Conference Finals won't be about Kobe Bryant, or any star that the Spurs have.

Role players like Derek Fisher and Shannon Brown will step up their games, and prove why the Lakers aren't just a one man team.

After Los Angeles takes a two game lead on San Antonio, the Spurs will try to push back, but will end up crumbling under the pressure.

The last game for Tim Duncan in a San Antonio uniform won't end in glory. 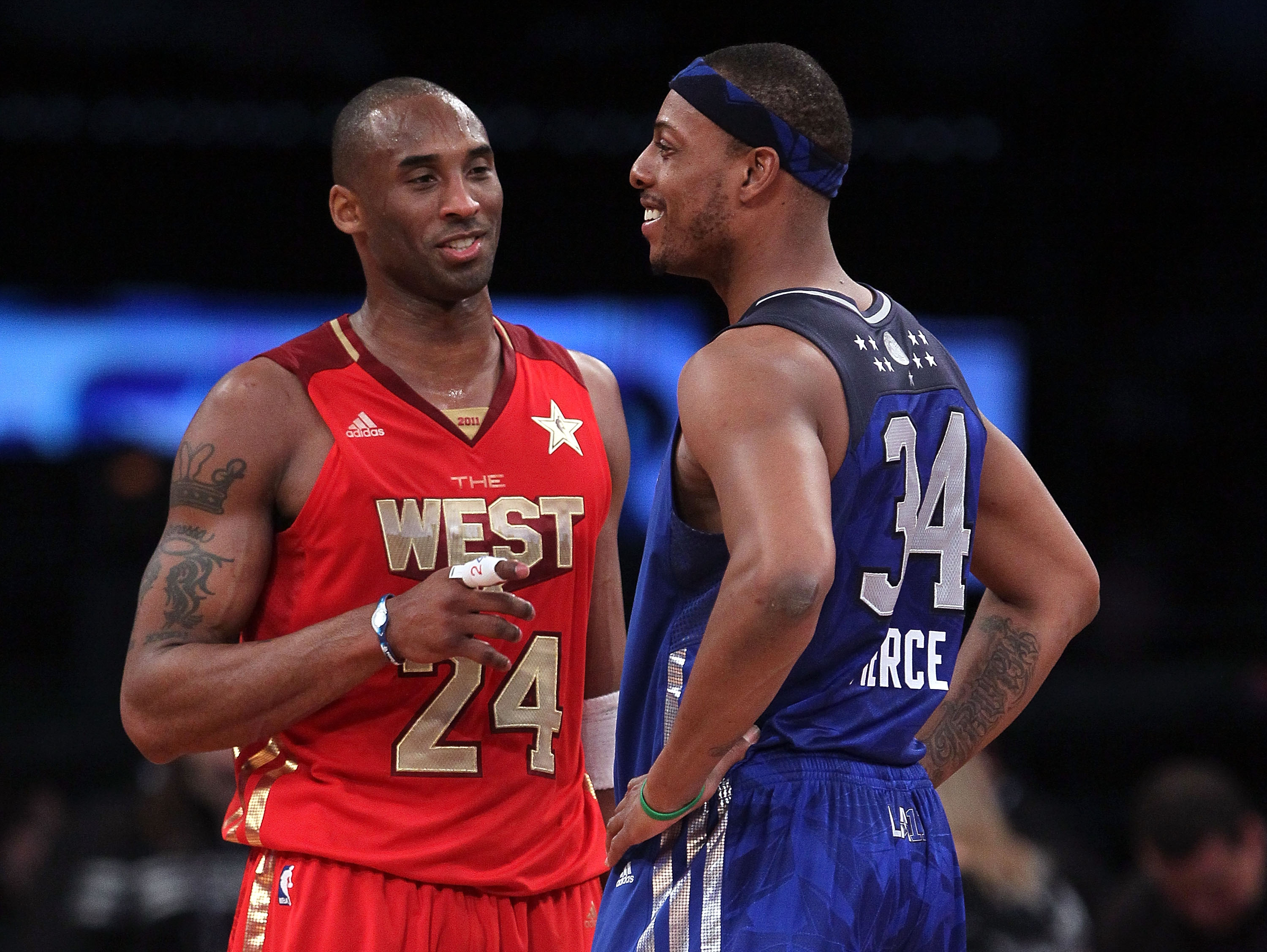 After a rough series against San Antonio, Bryant will silence the haters with his unbelievable numbers on the road in Boston. Unfortunately, Bryant will be all the offensive production that the Lakers have.

Boston, on the other hand, will spread the ball efficiently and have a different leading scorer in each of the first three games. Their defensive talent on and off the ball will be spectacular as always.

Try as he might, Kobe Bryant cannot win a championship by himself, and although Pau Gasol will play decently in a couple games, the Celtics will have too much talent and heart to lose two years in a row.