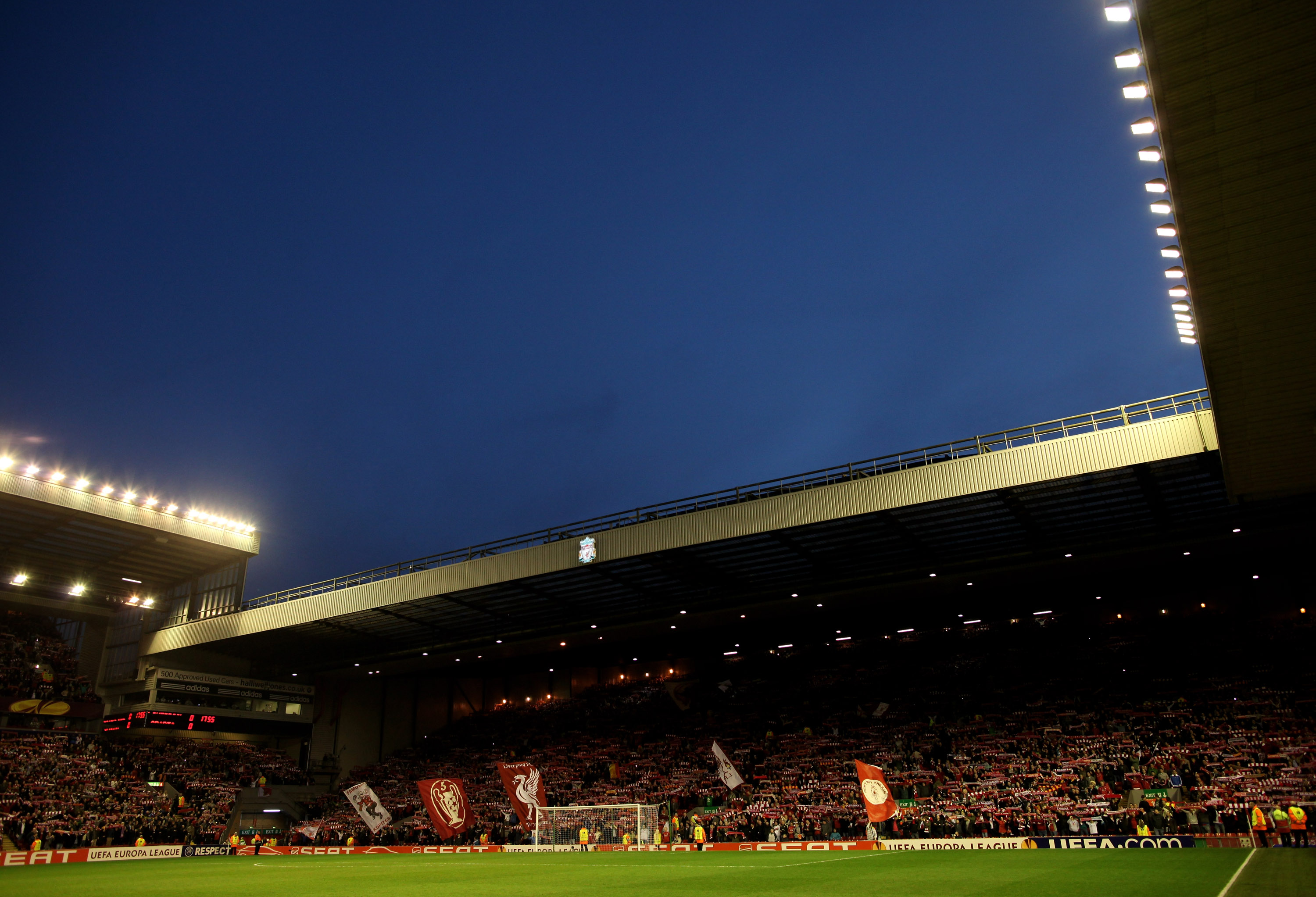 Liverpool has been one of the biggest clubs in the world for a long time. With 18 league titles and five European Cups, it is the most successful club in England.

In addition to the the performances on the field, Liverpool has always prided itself on the undying support of its fans.

The club has supporters not only in its hometown, Merseyside, but from all across the globe.

Many of the current footballers including Rio Ferdinand, Kevin Nolan, Joey Barton and Ole Gunnar Solksjaer are said to have idolized the stars of Liverpool as kids.

With support from all across the globe, there are bound to be celebrities in the huge list of supporters. The list looks at the top-10 celebrity fans of the great club from across the globe. 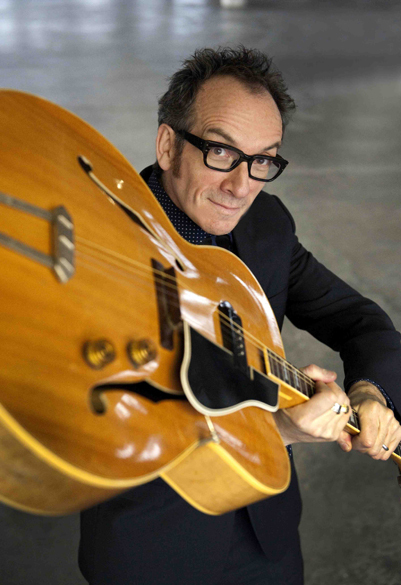 Costello is one of the most famous singers/songwriters in Britain. Coming into prominence from the pub rock scene, he later reinvented himself by associating himself with the punk genre and is considered to be one of the most influential persons on the music scene in Britain.

His dad, an Everton supporter, brought him to Goodison Park and Anfield to see his first two games. Everton were defeated 5-1 in the match at Goodison whereas Liverpool won 4-0 at Anfield.

Hence, Liverpool earned themselves a fan and Costello has been a die-hard Red ever since. 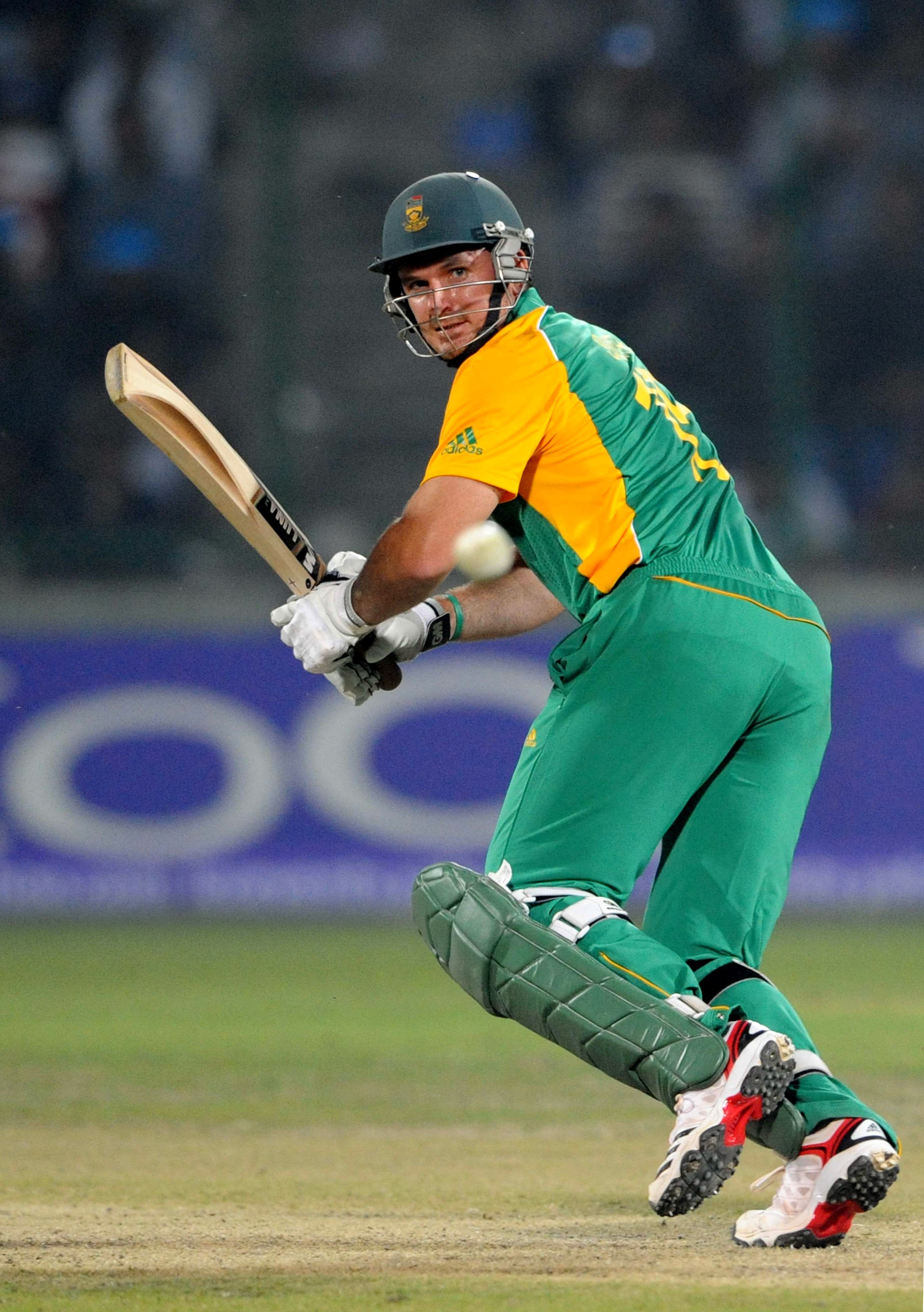 Graeme Smith rose into prominence when he took over the captaincy of the South African cricket team following the dramatic exit of the team from the 2003 World Cup.

Just 24 when he took over the leadership, he has been one of the most consistent batsmen for the Proteas with over 7000 test runs and over 6000 runs in ODIs.

He has openly talked about his support for Liverpool FC and confessed that he has been a Reds supporter since the time he was 6 years old. 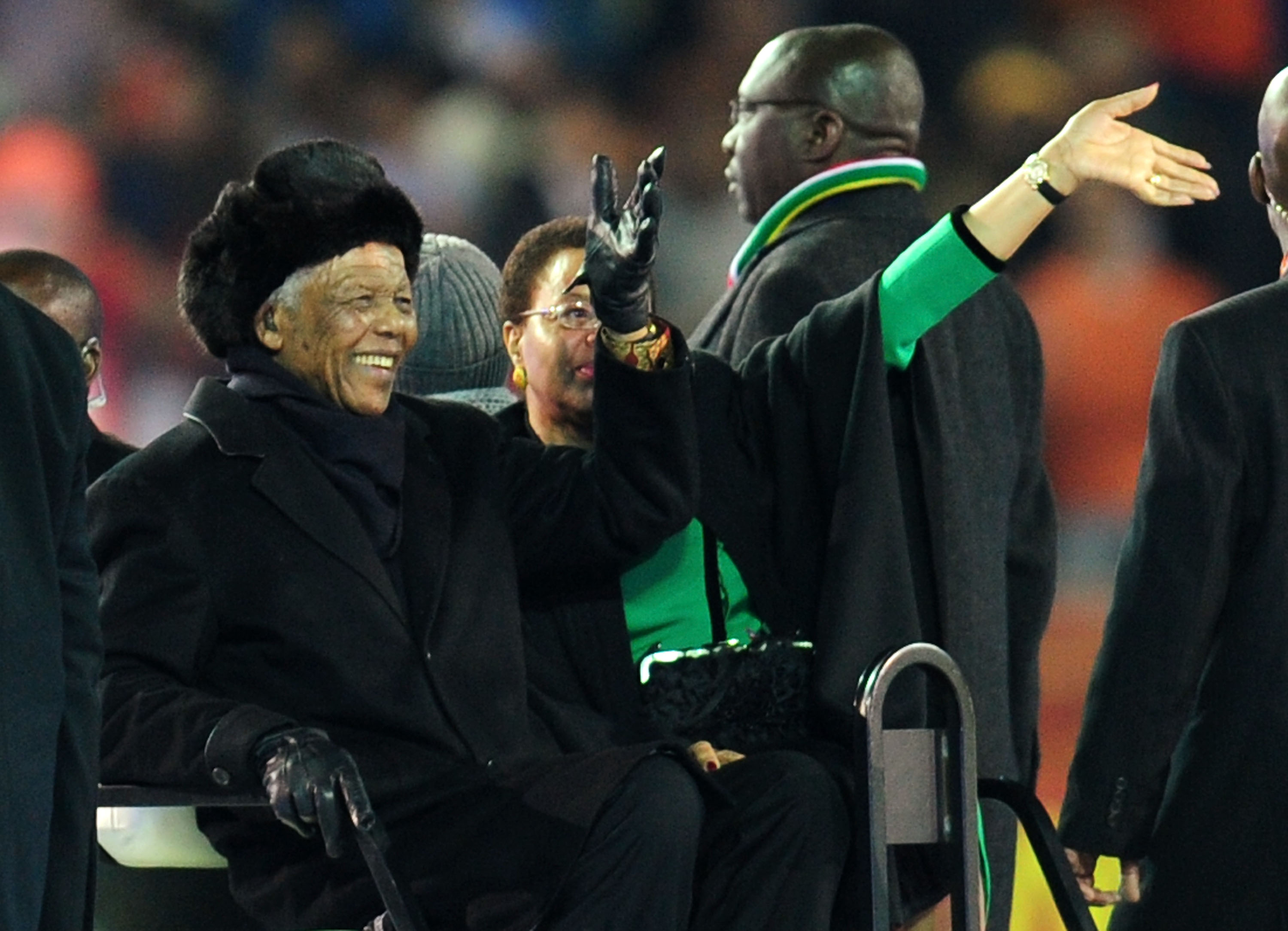 Nelson Mandela has been one of the most inspirational figures of the 20th century. The face of the anti-apartheid movement, he was also the president of South Africa from 1994 to 1999 after the fall of the apartheid regime. He was awarded with the Nobe Peace Prize in 1993.

He was delighted to meet the Liverpool squad which toured South Africa in 1994 and told that he supported Liverpool football club in an exclusive interview with John Barnes. 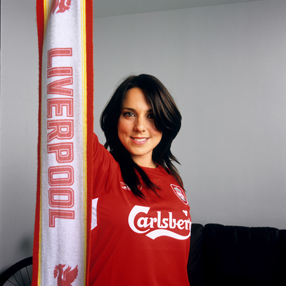 Best known as Sporty Spice of Spice Girls, Melanie has also released four solo albums. She has sold over 10 million records as a solo artist and sits on the No. 3 position for most United Kingdom number-ones by a female artist.

A Liverpuldlian by birth, she is a passionate Liverpool FC supporter. She even named her label as Red Girls Records.

It is rumored that the group of Liverpool players including Jamie Redknapp, Steve McManaman, David James, Robbie Fowler and Stan Collymore were christened as the Spice Boys due to her relationship with Steve McManaman's agent, Simon Fuller. 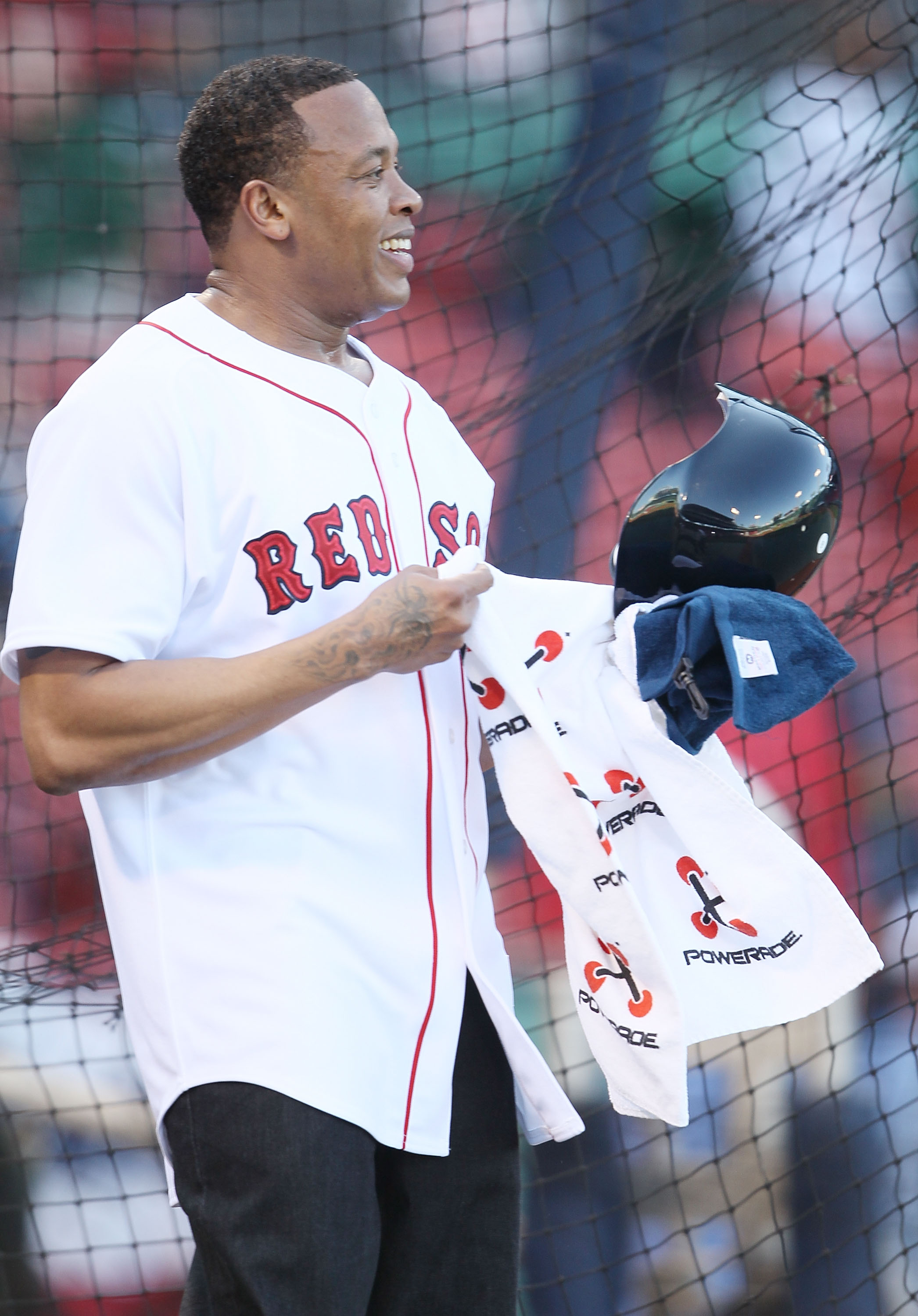 Dr. Dre is considered to be a legend in the field of rap and hip-hop. After a great career in hip-hop himself, he moved to producing records. He helped develop stars such as Eminem and 50 Cent.

His friendship with John Barnes is cited to be the reason of his support for Liverpool. He became close friends with Barnes after the recording of the Anfield Rap.

He is also a die-hard Red Sox supporter, which is confirmed by the picture on the left. 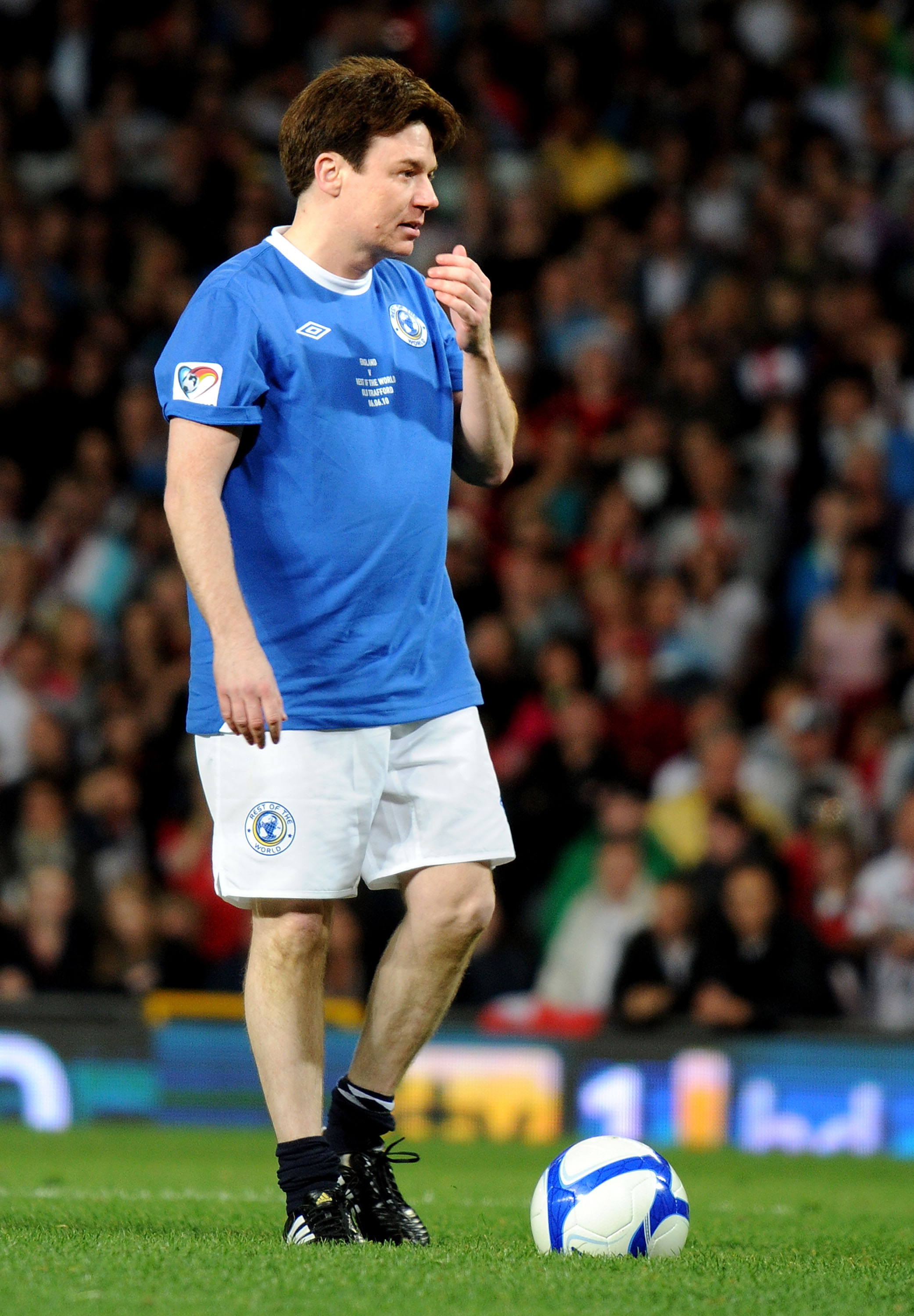 Coming into prominence from Saturday Night Live, he is most famous for his roles in the movies Austin Powers and Shrek.

He was among the Liverpool fans at the Ataturk Stadium in that famous night in Istanbul and admitted that he left his seat during the penalty shootout because it was getting too tense for him.

Though he was born in Toronto, he has been a childhood Liverpool fan owing to his parents, who are both scousers, born in the Old Swan area of Liverpool.

In an interview to lfctotonto.com he said, "I was the only kid in Toronto to wear an olive-green Nehru jacket and support Liverpool FC." 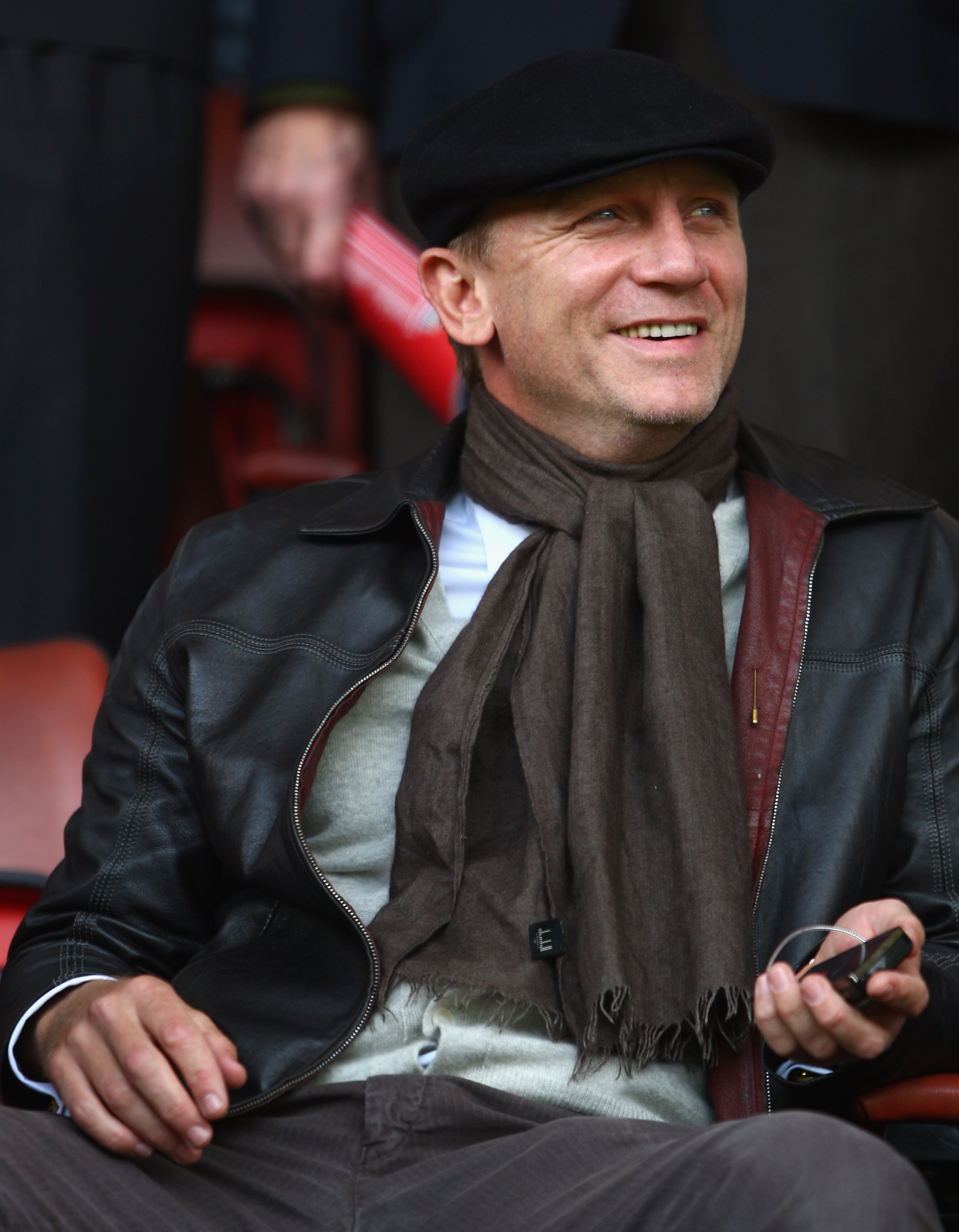 The name Daniel Craig reminds everyone of one name—007 James Bond. The sixth actor to play the legendary character, his Casino Royale and Quantum of Solace have been among the biggest hits among Bond movies. He has also played memorable roles in movies like Lara Croft: Tomb Raider and the Golden Compass.

He was brought up in the Liverpool area and remains a huge Liverpool supporter.

He has been seen frequently at Anfield games, and in numerous interviews he's revealed his affection for Liverpool since childhood, with Kevin Keegan and Steven Gerrard being his favorite players. 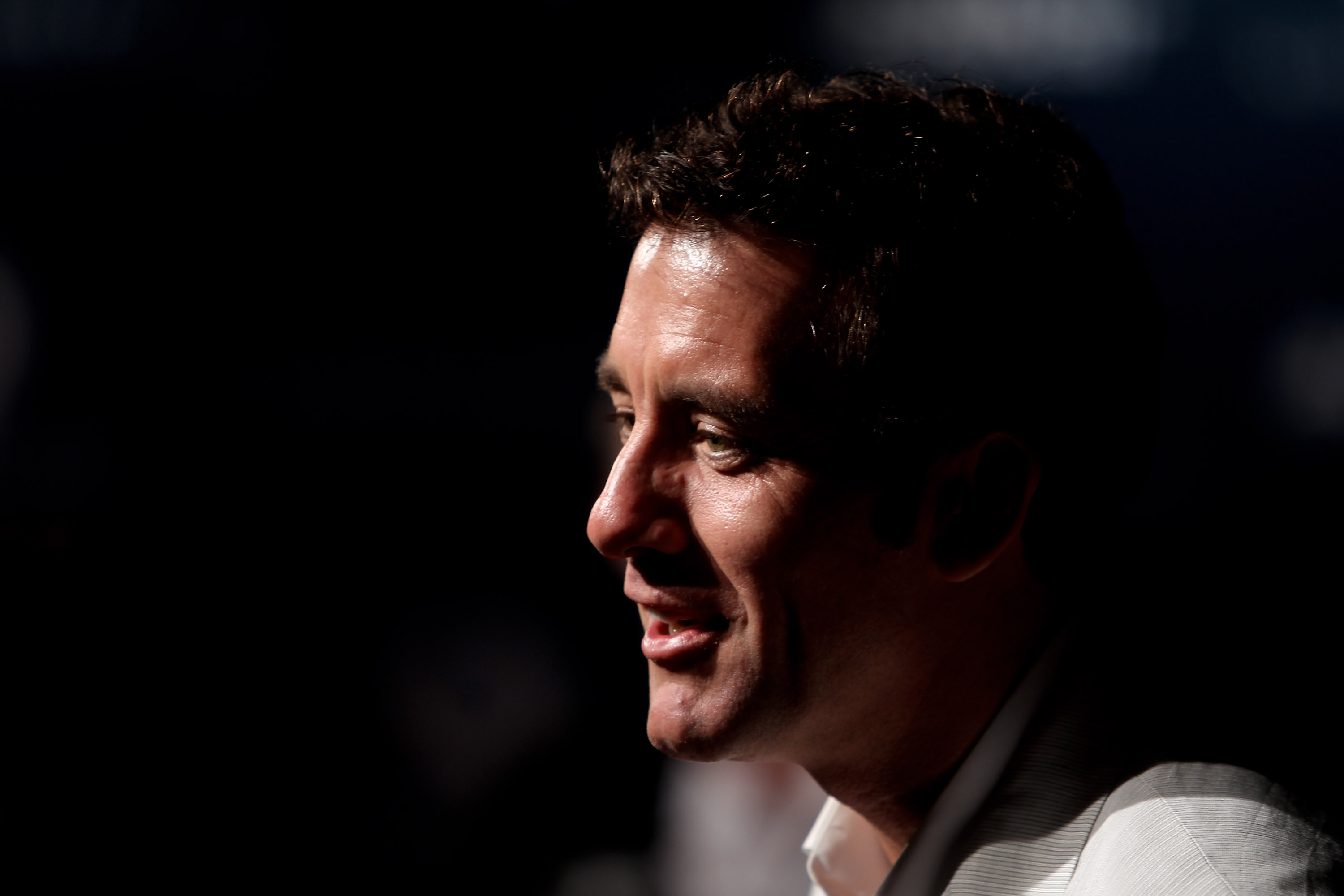 Clive Owen has been the star of many big Hollywood movies including Sin City, King Arthur and the Inside Man.

He is known to follow the matches of Liverpool even while on shoots and always makes arrangements to see the Liverpool games in his trailer.

He has also talked about the difficult times for Liverpool fans more than once during his interviews.

In an interview with the Guardian in 2009, he talked about a time when his daughters visited him during a shoot in Australia wearing Liverpool jerseys, just because they knew it would make him happy. 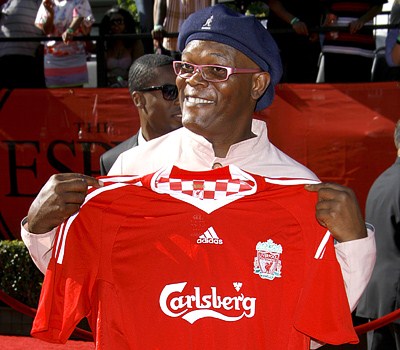 Samuel Jackson is probably less known for his participation in the Civil Rights movement and more for the 100-plus films he's starred in, including films such as Pulp Fiction, Unbreakable and Snakes on a Plane.

He learned about Liverpool FC during the shoot of The 51st State in Merseyside and has been a Reds fan ever since.

Though he lives in the US, he has been to some games at Anfield including the Merseyside derby.

He possesses his share of Liverpool gear and in an interview to the Word Magazine, he admitted that he puts his Liverpool gear on every now and then while going out. 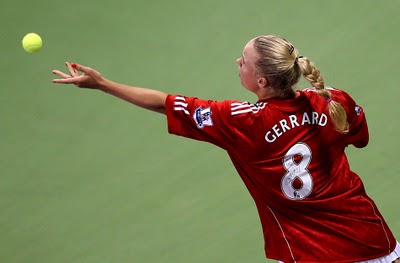 The 20-year old Dane has quickly risen though the ranks in the last two years to become the No. 1 ranked womens' tennis player.

She has been pictured wearing the Liverpool jersey more than once with Fernando Torres presenting her a jersey during a game at Anfield.

Even during the crisis at the beginning of the year, she spoke about how Liverpool fans need to stick together to get through this difficult phase and expressed delight about Kenny Dalglish being named Liverpool manager.

However, recently she endeared herself to all Liverpool fans by wearing a Liverpool jersey, personally signed by Steven Gerrard to the court. She even completed her warm-up in the same jersey.

The Red jersey must have given her a lot of confidence as she brushed away the opposition 6-2, 6-0. 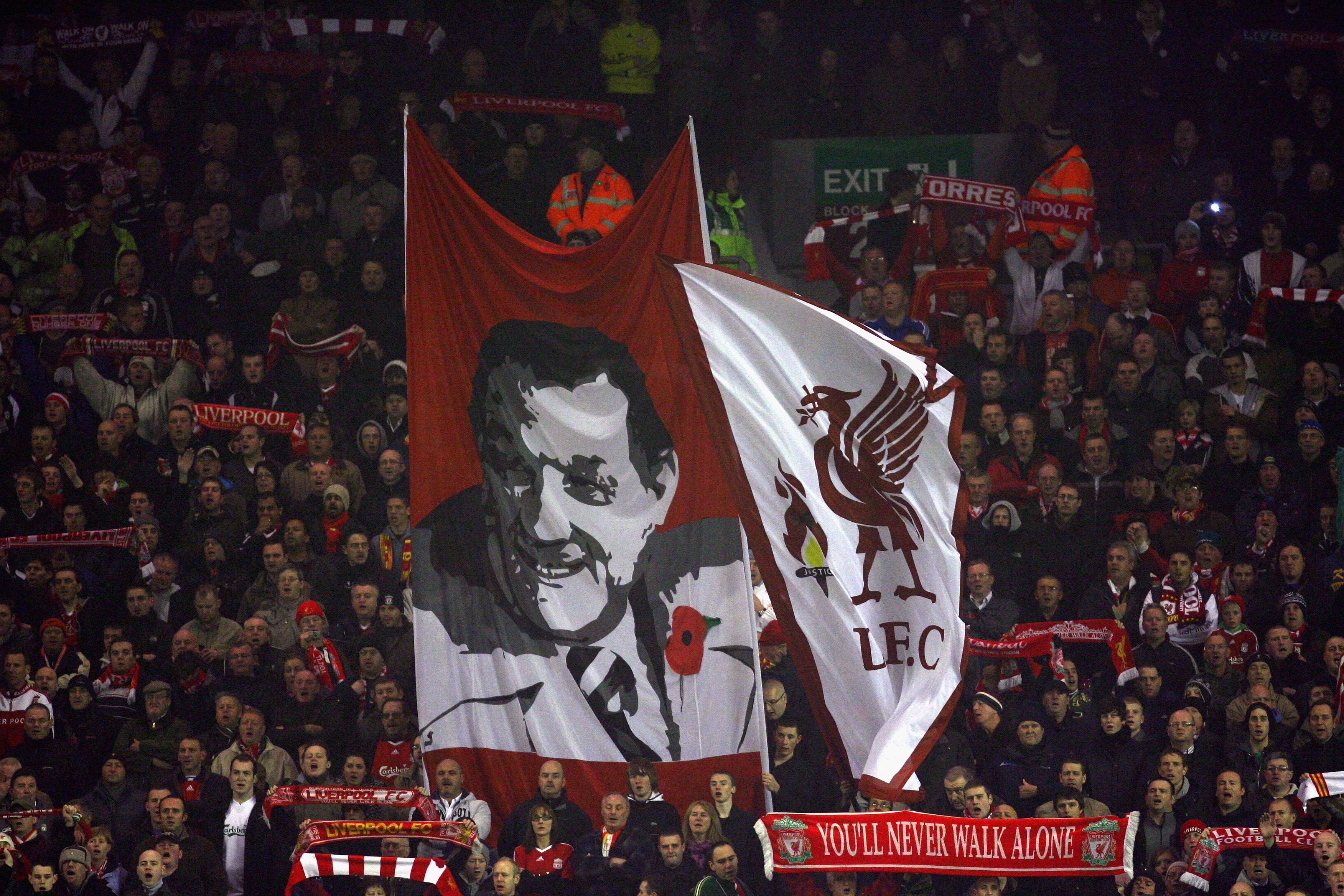 There are a number of others as well who are rumored to be Liverpool supporters.

Most prominent among them was Pope John Paul II, who was said to be following Dudek's career at Liverpool and hence, became a fan himself.

Even Angelina Jolie is rumored to be a fan, primarily because her son Maddox is a die-hard Liverpool supporter.

There may be a number of other silent fans or other that I might have missed out.

Any such oversight may well be pointed out.