Daytona VS Indianapolis; Which 500 Is The Better Race? 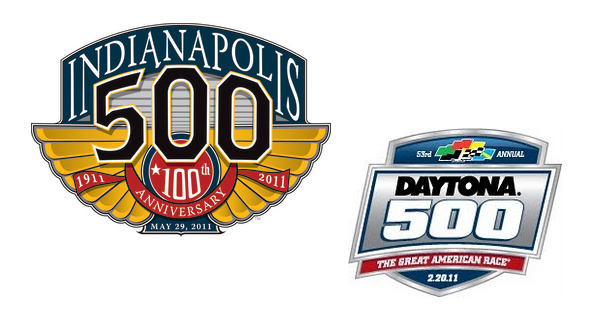 All of the focus this week has been on Daytona International Speedway and for good reason.

The Daytona 500 is coming up this weekend and the name Earnhardt has been mentioned a few trillion times already. First, it is the ten-year anniversary of the late Dale Earnhardt's tragic death at the famed speedway. Dale lost his life in a crash in turn four on the final lap of the 2001 Daytona 500.

While everyone has been focusing on that topic all week, his son decided to go out and grab the pole for the 500 mile race on Sunday. Unfortunately, Junior got into an accident during practice on Wednesday that will now take him from first to last in the starting lineup. The team has been scrambling to get the backup car ready in time, but the first laps in this car will turn will be in the Twin 125 race today. Dale actually is using his third car, as he lost his first one in the Bud Shootout last Saturday night.

The hype has been building, as "The Great American Race" will officially begin the new NASCAR season, which will have plenty of drama again this year. The change to the points scoring system has been a hot topic, as well as the changes made to the Chase format at the end of the season. While this race is building with anticipation, how does NASCAR's biggest race compare with IndyCar's biggest race? 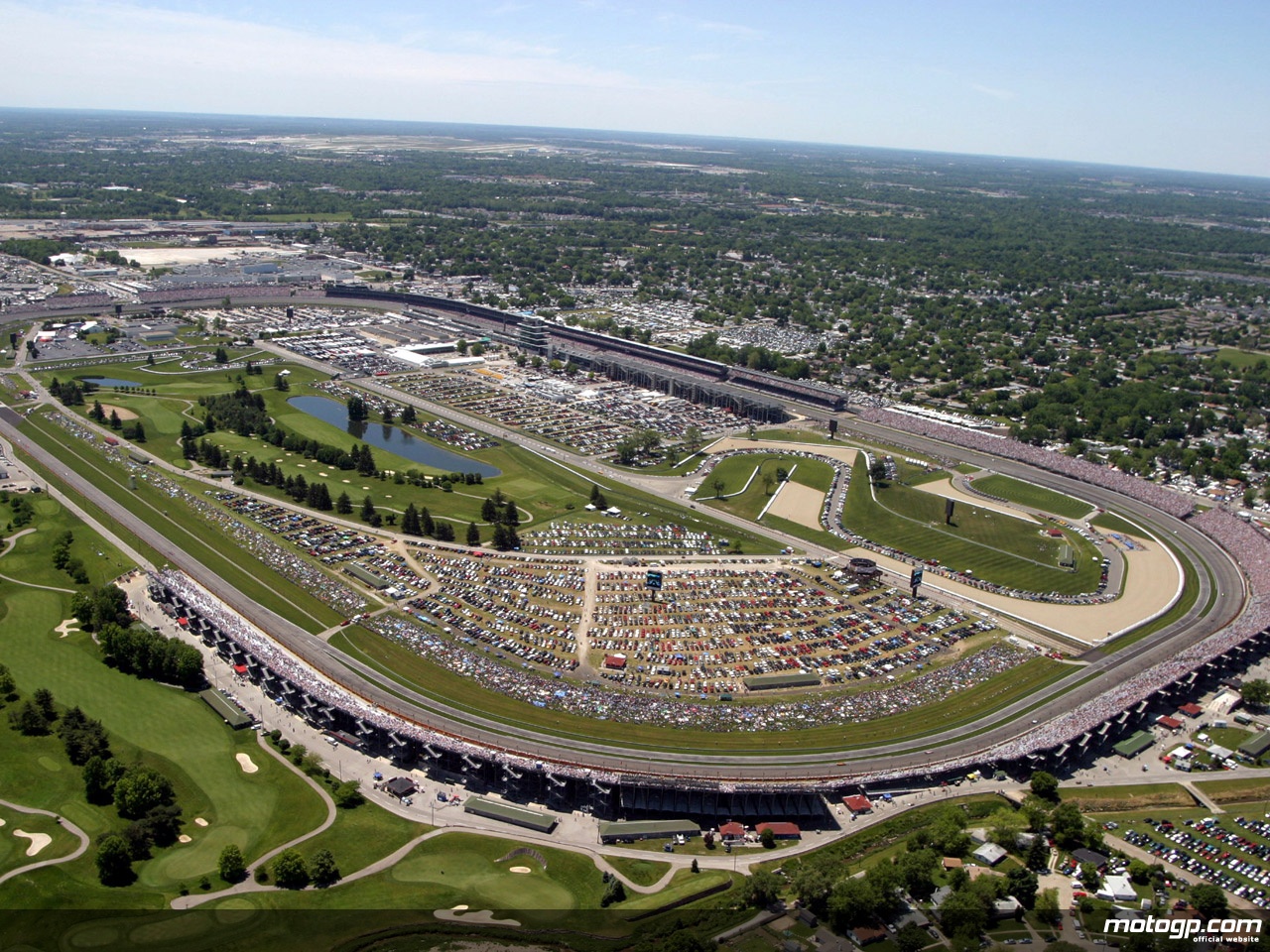 Both of these Speedways are surrounded by history and memories. While they are both stages to the grandest shows in American Motorsports, they couldn't be any more different.

Daytona has just undergone another repaving, which has changed the style of racing we are seeing.The 2.5 mile oval has some of the highest banked turns you will see and the infield is just another marvel. The museums and tours they offer are also interesting if you are visiting the track at a time where there aren't any races going on.

Indianapolis, though labeled as an "oval" track, is actually a 2.5-mile rectangle. There isn't much banking in the turns, which is (one of the reasons) why the IndyCar race is so much better than the NASCAR race that is held there in the summer. Similar to Daytona, the museum and tours they have are something you have to experience and the ride-along programs they offer are also very exciting. Even though a lot of the infield was taken away by the road course that was put in, it is still one of the most unique areas in any venue. The golf courses are fun to play, and the atmosphere is unreal when it comes time for the race in May. 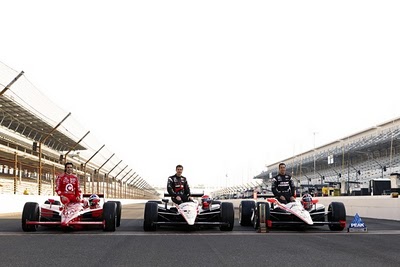 This was one of the hardest decisions in the article. Both styles are very unique and very exciting as well. To set the field for the Daytona 500, they have two separate races with about 24 cars in each race. These races are held on the Thursday afternoon before the race weekend. The front row is decided by normal qualifying, but the rest of the field is set according to the results of these races. There is a lot of drama and exciting racing to watch, but the potential for wrecked cars has many teams shaking in their boots.

Setting the field for the Indianapolis 500 is even more unique, as the top 14 cars that qualify the first day will be set. The next day, the rest of the field is set, in what is known as "Bump day". Only 33 cars make the field for one of these races, and there is actually a running clock, with a gun shot that will signal the end of qualifying. It is possible for someone to be bumped out of the field at the last minute, but if you do decide to make another qualifying attempt, your original time is removed and you proceed at your own risk.

(This one was nearly a tie, but the setting the front row only, then having two races at Daytona seems like a strange way to set the field; plus the excitement of that weekend/month of May in Indy is intense) 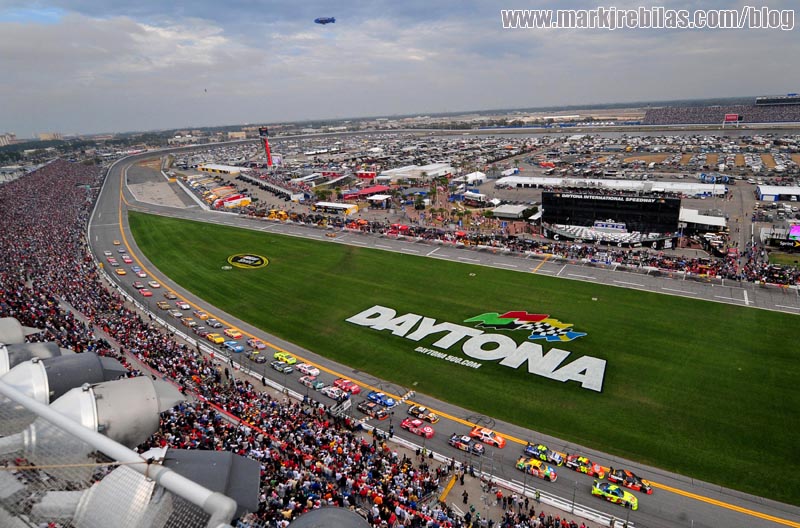 Daytona is not in the warmest part of Florida, but it is still in the Sunshine State, which makes it perfect for racing almost any time of the year. The city is surrounded by some unique restaurants and places to visit, which makes the overall experience  that much more enjoyable.

Indianapolis can be seen in the background at every race, but the track is actually located in Speedway, Indiana. While the city is one of the best host cities for any event in the country, there aren't as many great weather days to be racing at the track. Just last week, the entire speedway was covered in ice and snow. 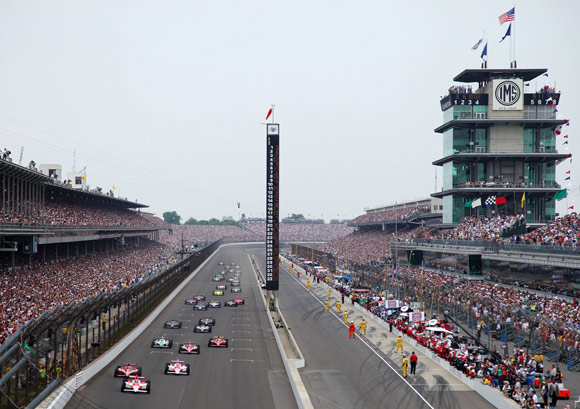 This is where your preference of racing style will determine the race that you think is better. The racing at Daytona is done in groups and packs. The drafting is 99 percent of everything in these races. Knowing how to navigate throughout the race is vital in making your way towards the front. Being up front, however, isn't necessarily a good thing in this race. Basically, there is a lot of racing for about 450 miles, but the "real racing" begins in those final 50 miles and always promises a great finish.

At Indianapolis, the drafting is also something that needs to be perfected, but having the right car setup is everything for this race. The IndyCars are much more complex, especially when you are running by yourself. Making the right adjustments and having the top-of-the-line equipment will give you a chance to kiss the bricks. While the open-wheel racing is just as intense as the potential of "the big one" at Daytona, the drama is actually played out throughout the race in Indianapolis.

With the help of marketing and advertisement, the names you see and hear in the Daytona 500 will be very familiar. The veterans are some of the most well-known drivers in motorsports, mostly because of the American viewing audience. Guys like Earnhardt, Gordon, Stewart, Johnson, Edwards, Busch, Harvick, Martin and others are truly the face of the sport and have their fair share of massive fan bases that will be watching on Sunday.

While the Indy 500 won't feature the same depth of great drivers, the name recognition is more spread across other countries, with the majority hailing from Brazil. The top guys in the sport (Castroneves, Franchitti, Dixon, Kanaan) are some of the best drivers in the world and have proven it over the years. They do have top-notch equipment and teams, but they are part of that success as well. The average American fan will really only know about Danica, Helio and maybe Marco Andretti, but the names that once echoed at IMS, such as Foyt, Mears and Unser, will always be world famous. 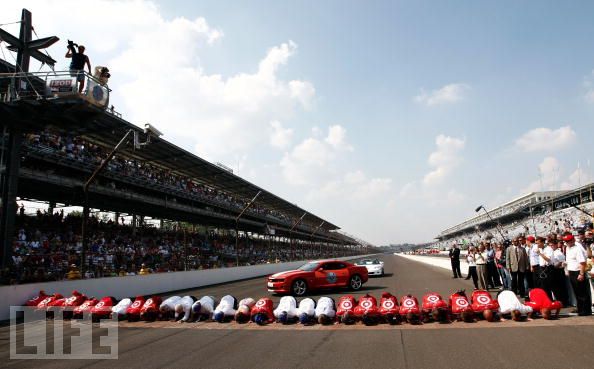 I think the trophy for the Daytona 500 winner is one of the best looking trophies in all of sports. It is sleek, yet traditional . There have been some interesting celebrations in the past and everyone seems to be adding their own flavor these days. The infield has been host to many of these and will continue far into the future. As far as a traditional celebration, though, there isn't much.

Indianapolis, on the other hand, is famous for the "kissing of the bricks" and the traditional glass of milk to the winner. The Borg Warner Trophy is one of the most prestigious in all of sports. The wreath and milk for the winning driver make for some great pictures, but it does tend to stink after it is tossed around under the hot summer sun. When the teams and drivers line up to kiss the bricks, it is a staple of the speedway. You can't find another race where the entire team will actually kiss the track after running 500 miles on it. 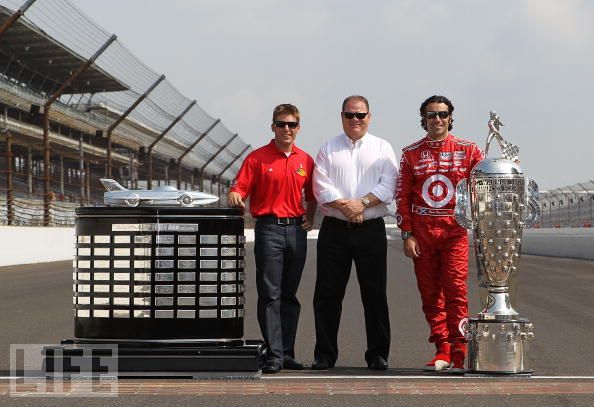 While many people will probably find a way to disagree with my choosing the Indianapolis 500 as a better race than the Daytona 500, I'm sure there will be just as many that will agree. All of that is fine, after all, what fun is it if we can't debate these things?

I've only been to a few Daytona 500 races, but I actually think the July race (the 400 at night) is a better race to sit and watch under the lights. This year will be my 12th Indy 500, and I can honestly say there is nothing else like it in the world. The buzz that surrounds this area over the month of May is unreal. The names and the history of this track still send chills down to the bones. The garage area has a mystic feel to it, especially early in the mornings. Race day is the biggest gathering of people for a single sporting event in the world, with almost half-a-million people attending to see the winner.

I encourage you all to try to attend both of these events, even if you are not a big fan of either in general. Many people that were not fans became fans of both sports by attending one or both of these races. I will be watching both Daytona races (Nationwide and Cup) in front of the big screen this weekend, and I can't wait until May. The Indy 500 should be at the top of everyone's  bucket list.

Whether you choose the "Great American Race", or the "Greatest Spectacle in Racing", you can't go wrong.