Lightning in a Bottle: The Worst Players Who've Won a Golf Major 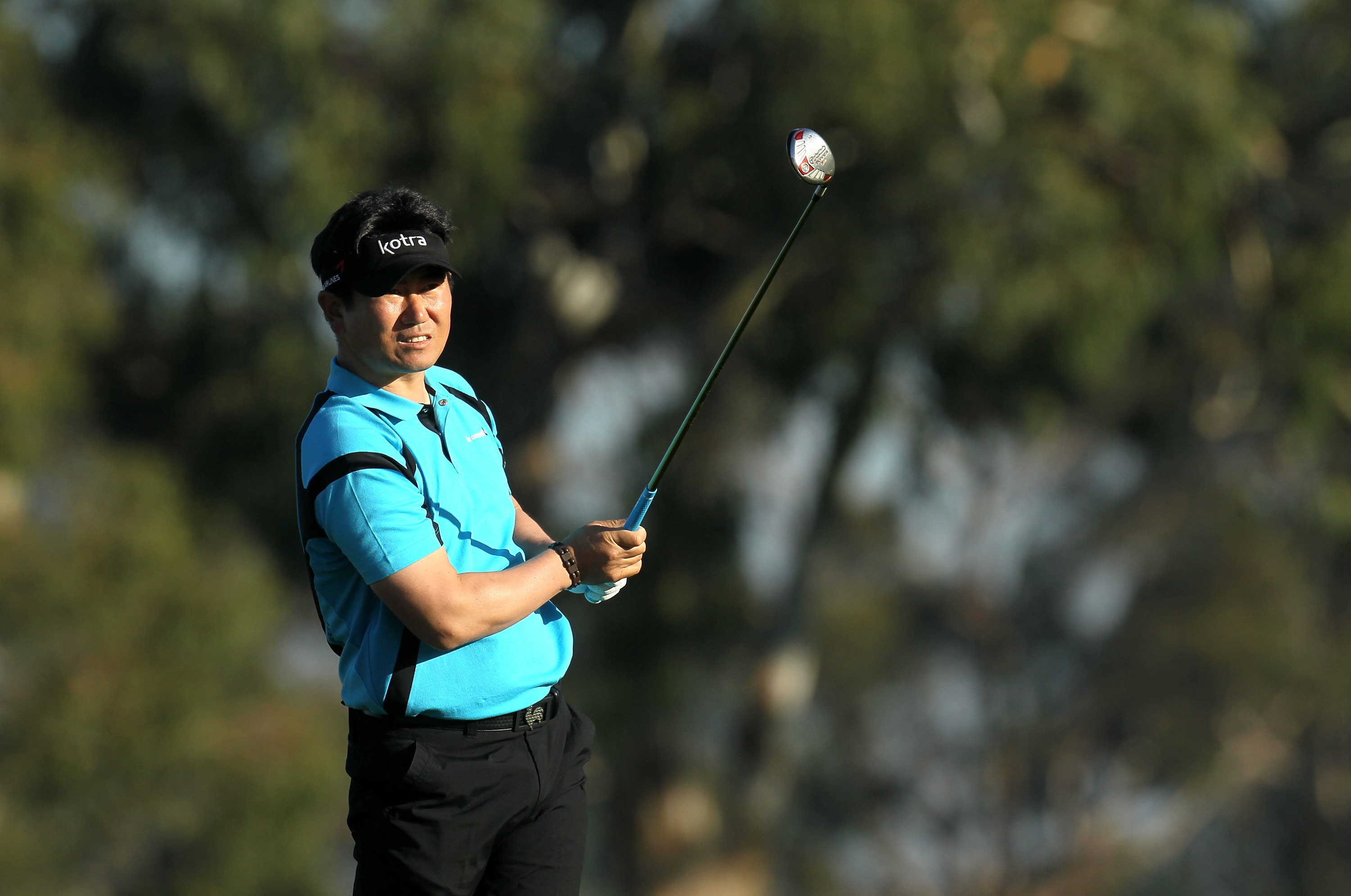 Five weeks from today, the Masters will be ending and another chapter in the history of major golf championships will be written.

This is the first in a series of five articles leading up to the opening of the Masters, culminating with my pick for this year's event.

Winning one of golf's major championships can change a player's life. It can validate a great player's status as great, make you wonder about wasted potential or can be an unforgettable highlight in an otherwise forgettable career.

Most of the time, the cream rises to the top on these occasions, but sometimes, the guy who wins is not Mr. Right, but Mr. Right Now. The stars align and for a magical weekend, a journeyman pro sits atop the pinnacle of golf.

I've counted down to the worst player ever to win one of the four majors of golf.

It would be impossible to go back through all of major championship golf history and figure out who was the worst to ever win a major, so I am going to limit it to the 50 years from 1955 through 2005. That way, we are not comparing guys in an another era of the game to more recent players.

I elected to leave out the last five years because most of the players in that time are still active players. You can't define a career until there is a career to define. 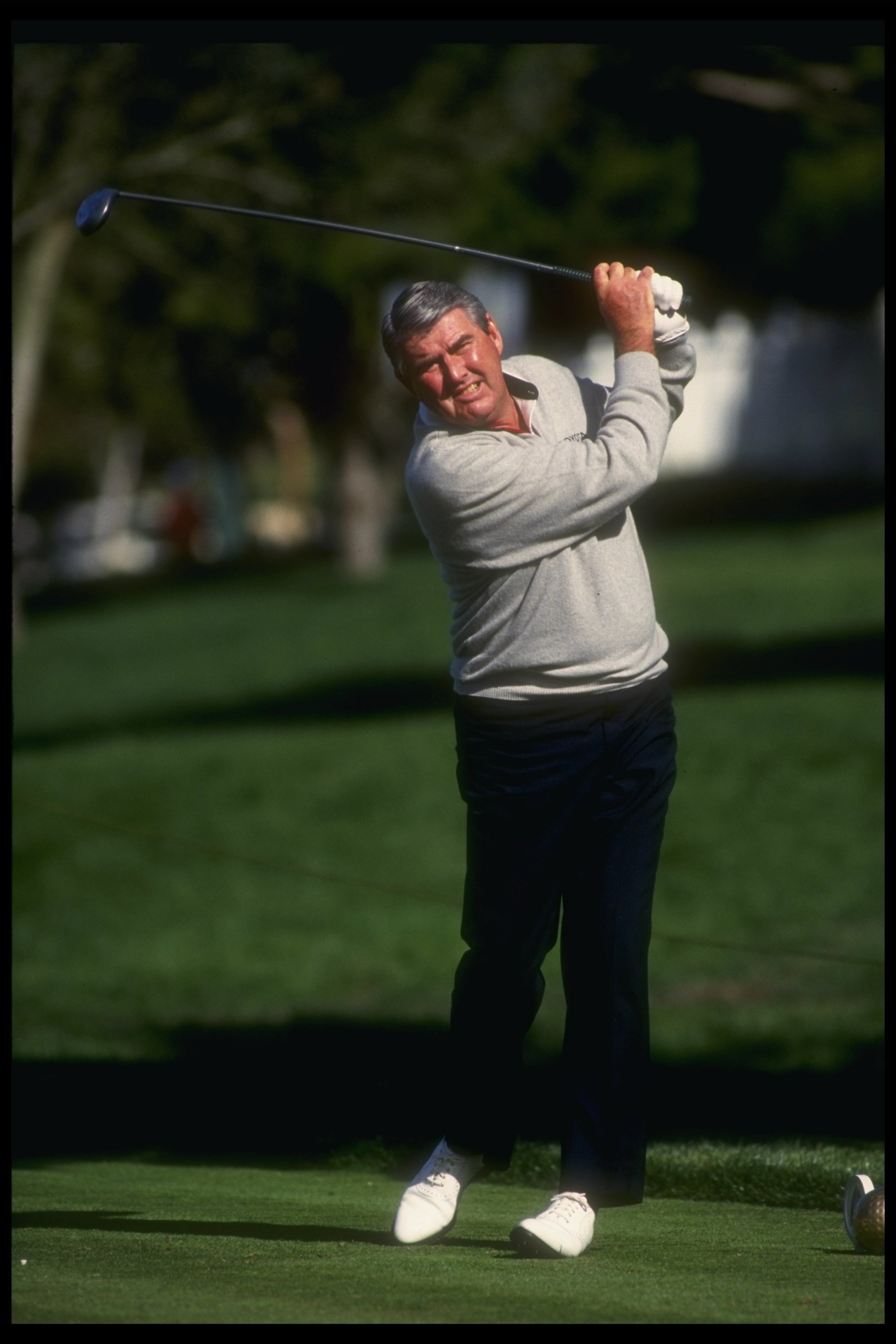 Charlie Coody had the misfortune of playing in the golden era of golf, when guys named Nicklaus, Palmer and Player were winning everything.

In another time, he might have won more majors than just the '71 Masters. He was known to be an excellent iron player and even played on the 1971 Ryder Cup team.

As it was, though, he only finished in the top 10 of a major eight times, including his lone win.

Interestingly, one of those top 10s was a tie for fifth at the Open Championship in the one and only time he played it.

One has to wonder if he would have had more success in Britain than he found here, had he given himself more opportunities. 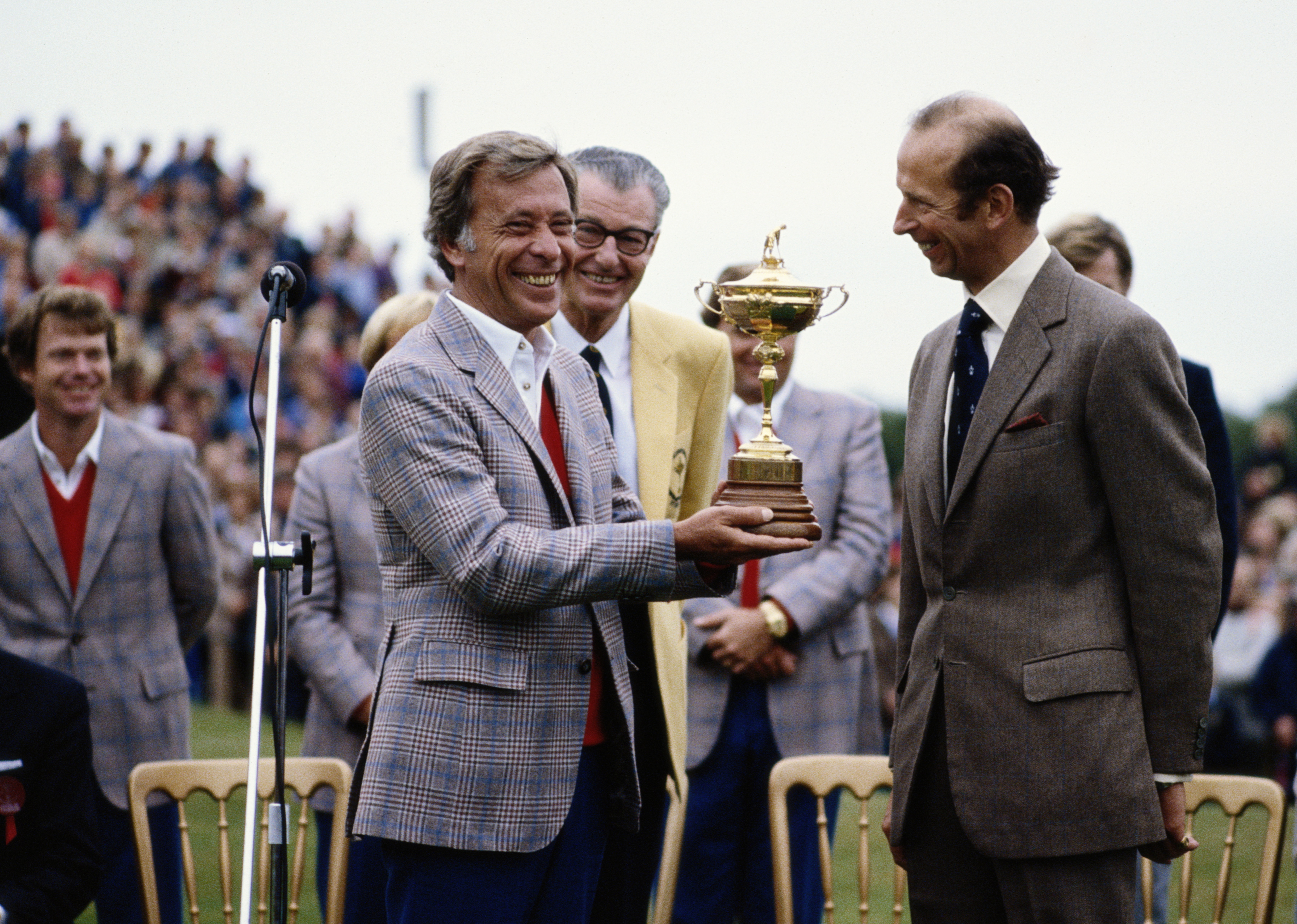 Dave Marr had a relatively short career compared to his contemporaries. He also had the misfortune of playing that career against some of the best who have ever teed it up.

Marr is the definition of a shooting star. For a very brief period of time, he was really good, but the brevity of his career is part of what lands him on this list.

After his all too brief career was over, Marr was selected a caption of the Ryder Cup team in 1981. 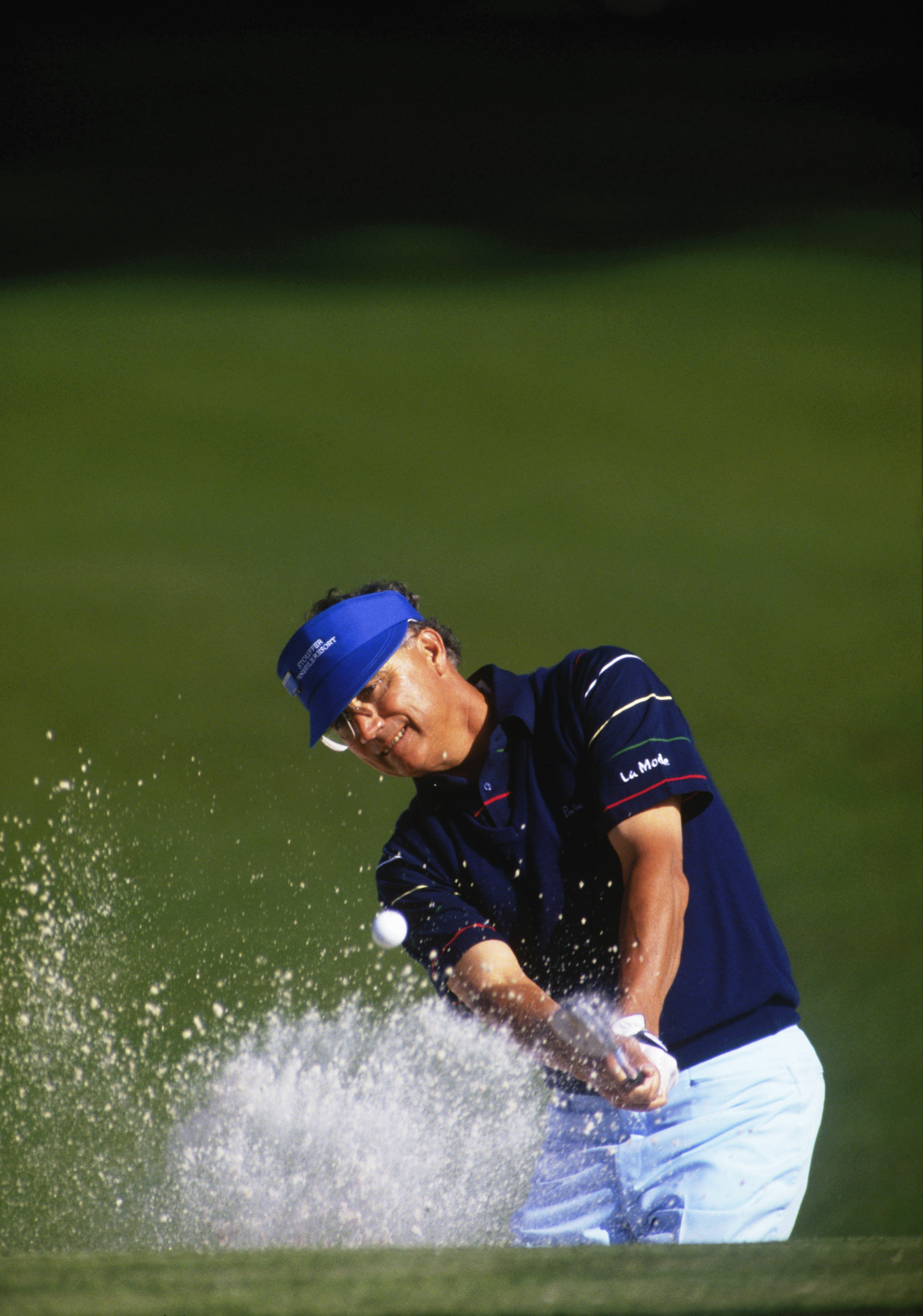 Like numbers nine and 10, Tommy Aaron played against, and for the most part lost to, the best to ever play.

Aaron had only seven top 10 finishes in majors during his career, and five of those were in the Masters. He only ever played in the Open Championship once and missed the cut.

He managed three wins total on Tour, and the Masters win was his last win. It was also the last time he was in the top 10 of a major.

Aaron played on two Ryder Cup teams and in 2000, became the oldest man to ever make the cut at the Masters. He was 63 at the time. 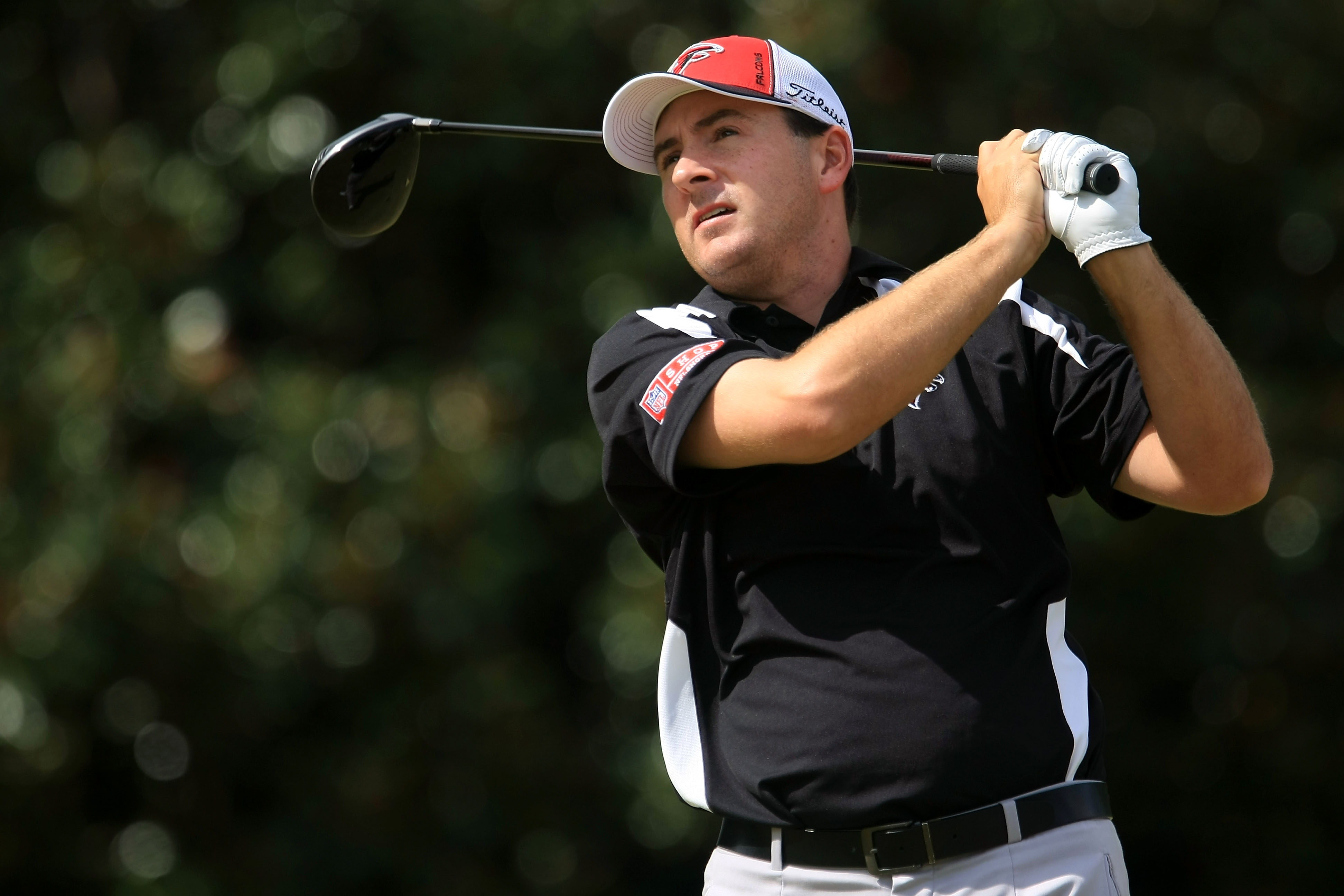 Ben Curtis won the 2003 Open Championship and that wasn't even the best stretch of play in his career in the majors.

Curtis has two other Tour wins to go along with his Open win, but has missed the cut in three of the last five majors he has played in. 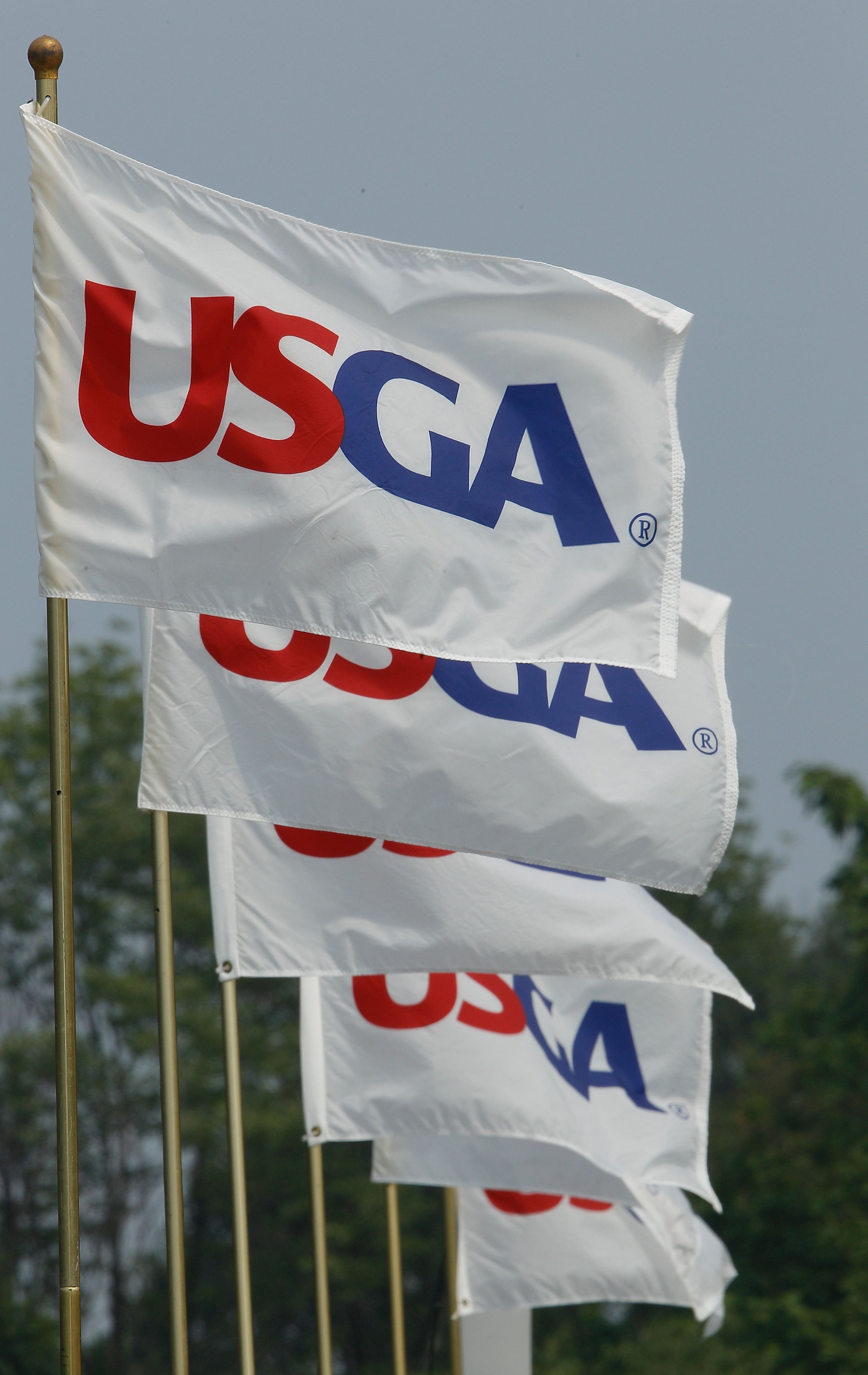 The story of Jack Fleck's first Tour win is a true David vs. Goliath tale.

Fleck stared down his idol and golf legend, Ben Hogan in an 18-hole playoff at the Olympic Club to win his only major. It was also his first Tour win.

1955 would be a career year for Fleck, as he would go on to finish in the round of 16 in the PGA Championship later that summer, when the event was played as a match play event.

Only two other times did Fleck finish in the top 10 of a major, which when combined with only two other Tour victories, places him firmly in the middle of this list. 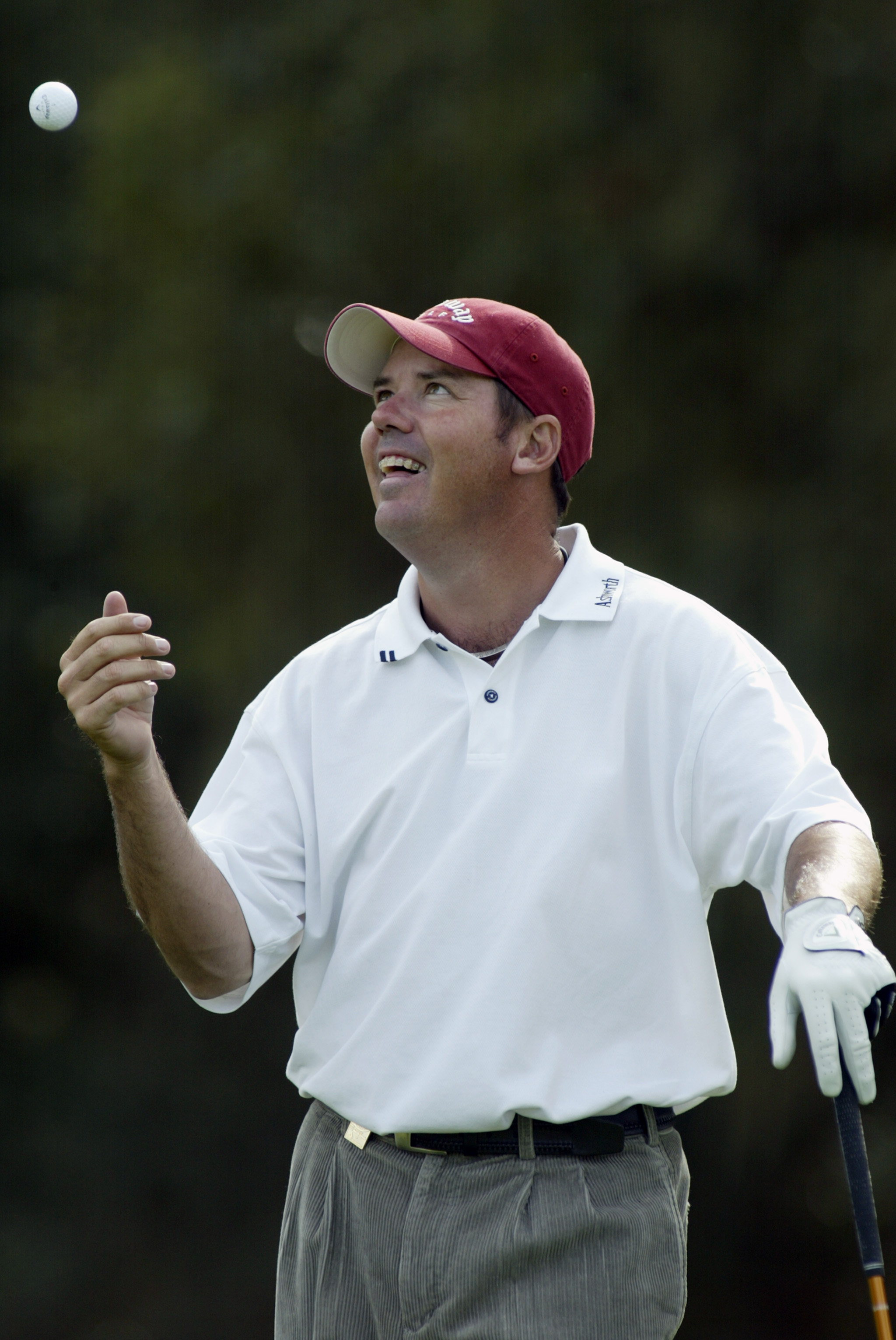 It's hard not to like Rich Beem. He seems to be very down-to-earth. He seems like just one of the guys, like a regular in your Saturday morning foursome.

Being a nice guy does not mean you are a great PGA Tour player.

"Beemer," as he is known, has had a very lackluster career. He even had to spend time selling car stereos before his first tour win.

He has two tour victories, aside from his PGA Championship win in August, 2002, and has not even had another top 10 finish in a major. His next best finish in a major is a tied for 15th in the 2003 Masters, which would seem to indicate he hit his peak in the 2002-03 season.

Indeed, one of his other wins was in the weeks leading up to his PGA win.

I like Rich Beem and hope he can get his game back on track. Golf could use more guys with his personality. 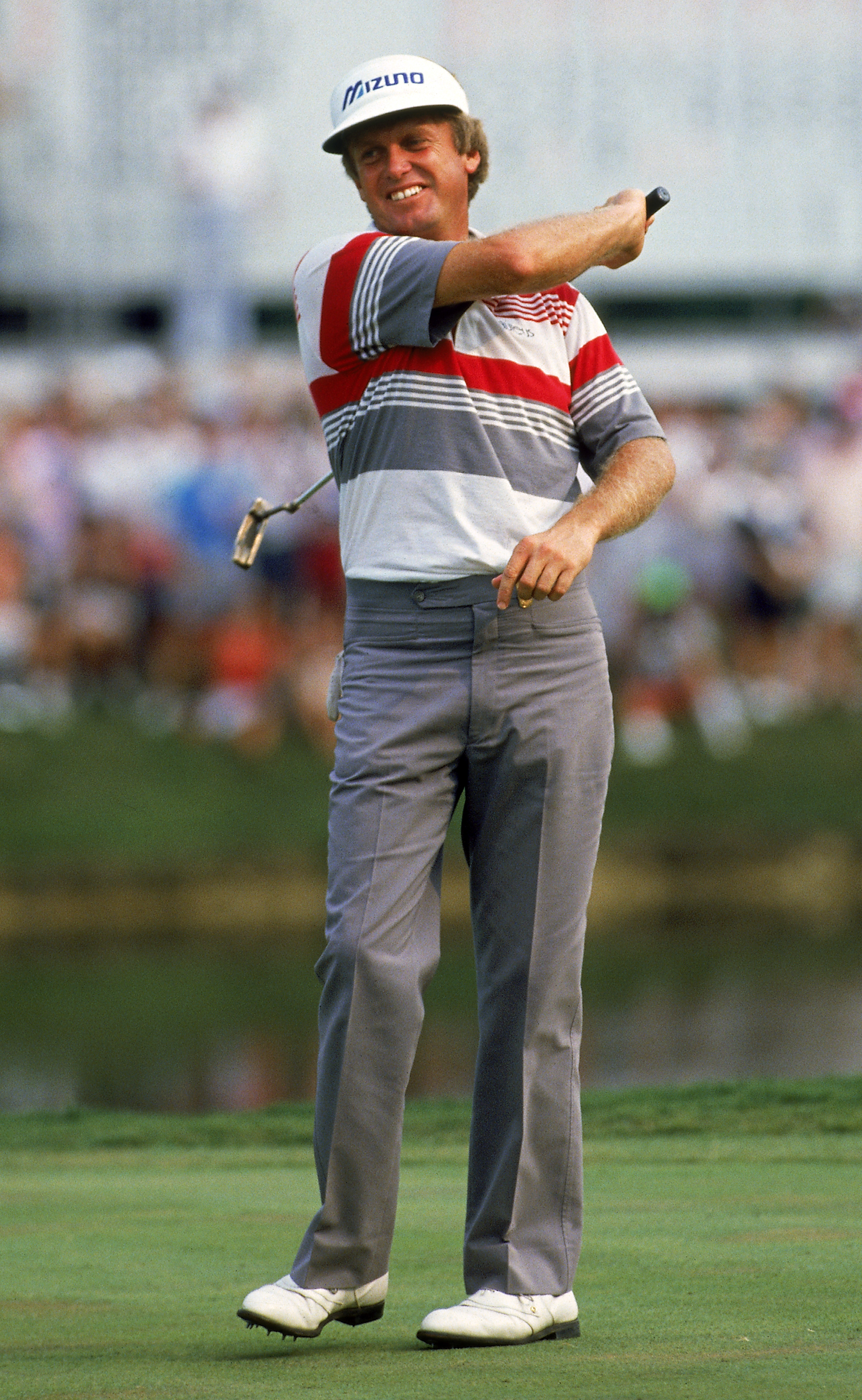 In the summer of 1989, Wayne Grady came dangerously close to not being on this list.

At the Open Championship of 1989, Grady found himself in a playoff with Mark Calcavecchia and "The Great White Shark," Greg Norman. His lost to Calcavecchia (who would only win one major himself).

Had he won that championship and gone on to win 1980 PGA, as he did, you would be reading about someone else right now.

Grady only managed one other PGA Tour win, although he did have a European Tour win as well.

His only other top 10 in a major was in the 1993 Open Championship. Want to guess who won that Open? That's right, the other guy who lost in 1989, Greg Norman. 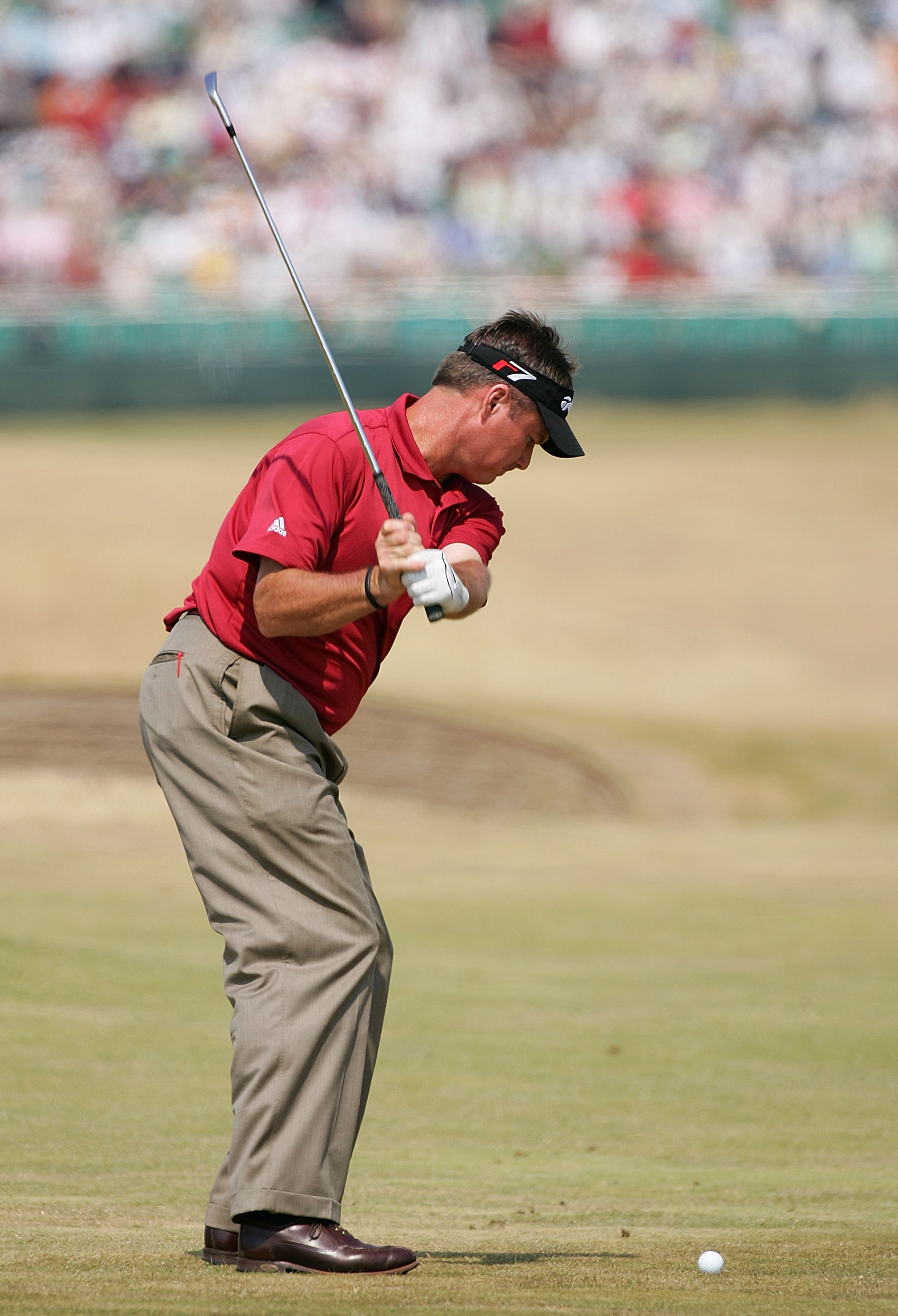 When you talk about journeyman pros, Todd Hamilton is the guy you are talking about.

Hamilton has two PGA Tour victories: the 2004 Honda Classic and the 2004 Open Championship.

To be fair, Hamilton spent a lot of time in Japan plying his trade. He collected 11 Japan Golf Tour wins between 1992 and 2003, and four other worldwide wins. A win a year is not bad on any tour.

That being said and to take nothing away from the Japan Golf Tour, that's not the PGA Tour.

As with all the current players on this list, I hope Hamilton can find his game and collect a few more wins, but for now, he is the third worst player to have won a major. 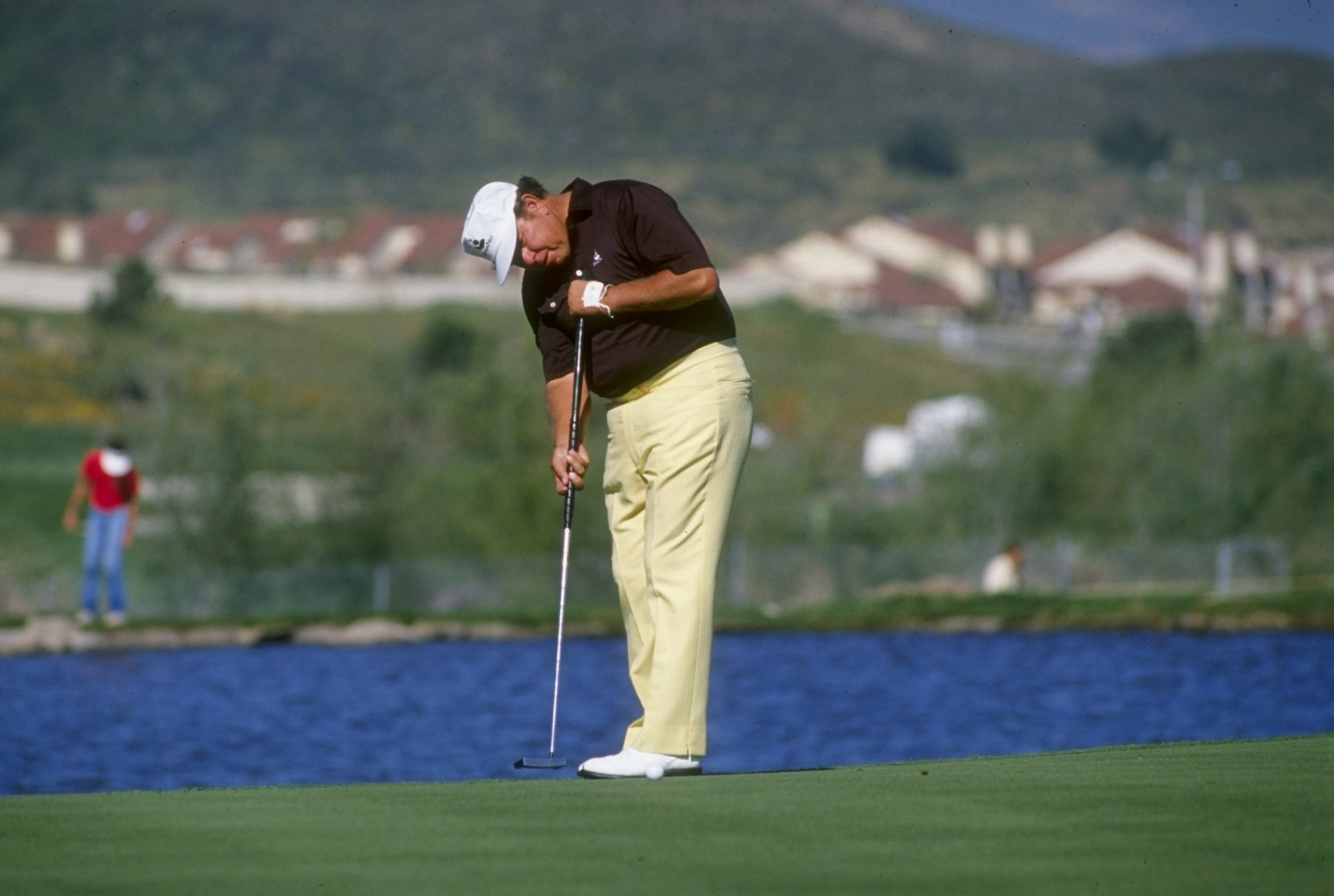 It was a tough call who was going to be No. 1 on this list.

I finally went with Orville Moody for No. 2 for one simple reason: Moody sacrificed a large part of his playing career to serve in the military.

Moody's story is the story of "what if."

Moody didn't begin playing competitive golf on the biggest stage until he was 33. What if he had not joined the military and had played competitive golf earlier? Obviously, serving our country is much more important than playing golf and I would never belittle a person for choosing to join (I am a veteran, too), but just ponder the hypothetical for a moment. What if?

When he finally did get on Tour, the primary reason Moody did not win more, given that he was a truly gifted striker of the golf ball, was the fact that the man simply could not putt. What if Moody had never had to putt? Or, what if putting were not part of the game?

What if he could have figured out some way to get that annoying, white orb into the hole with any degree of success?

As it was, 1969 was his best year by far. He won the U.S. Open and followed that success up with a tie for seventh at that year's PGA Championship.

But he never won on Tour before or after that one fateful weekend. 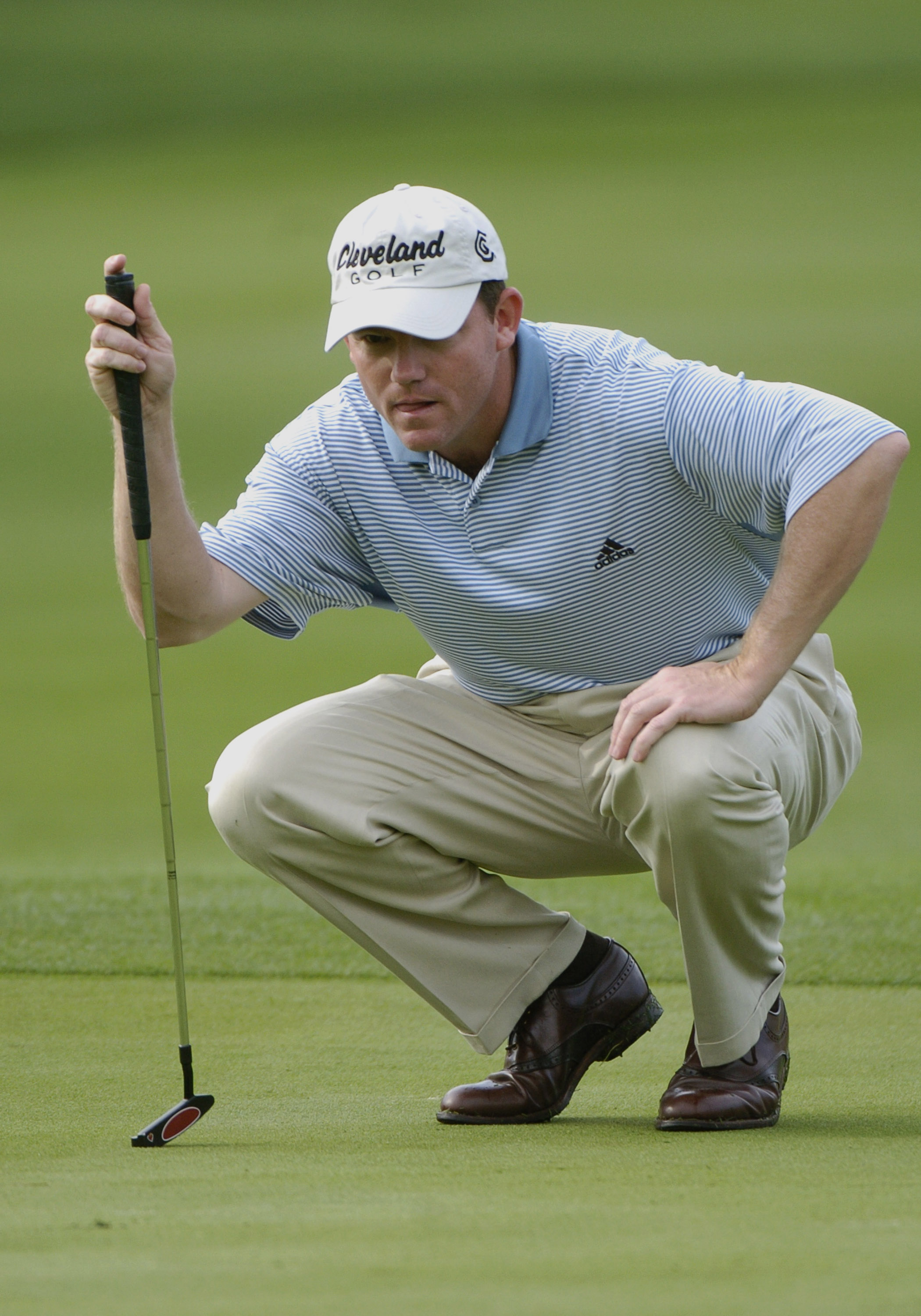 Shaun Micheel tops our list of the worst golfers to win a major because he has only won one, he has only finished in the top 10 of another (2006 PGA) and the fact that he was ranked 169th in the world at the time of his only Tour win.

That he has not won more is a mystery to anyone who has seen him play. He has a good swing and knows his way around the greens.

Micheel has hit two of the most memorable shots in major golf history.

In 2010, he made the only "double eagle," or "albatross" in U.S. Open history when he recorded a two on the par-5 sixth hole at Pebble Beach. If you know anything about Pebble Beach, you know that the sixth hole, while not the longest par-5, is certainly not the first hole on which you would think about holing your second shot. The second shot plays dramatically uphill, making the green and even the flag, impossible to see, depending on where you are.

The other shot secured his win at the PGA. On the final hole of the championship, Micheel laced a 7-iron to within inches of the hole. The tap-in birdie gave him a two-shot margin of victory and his only win on Tour. 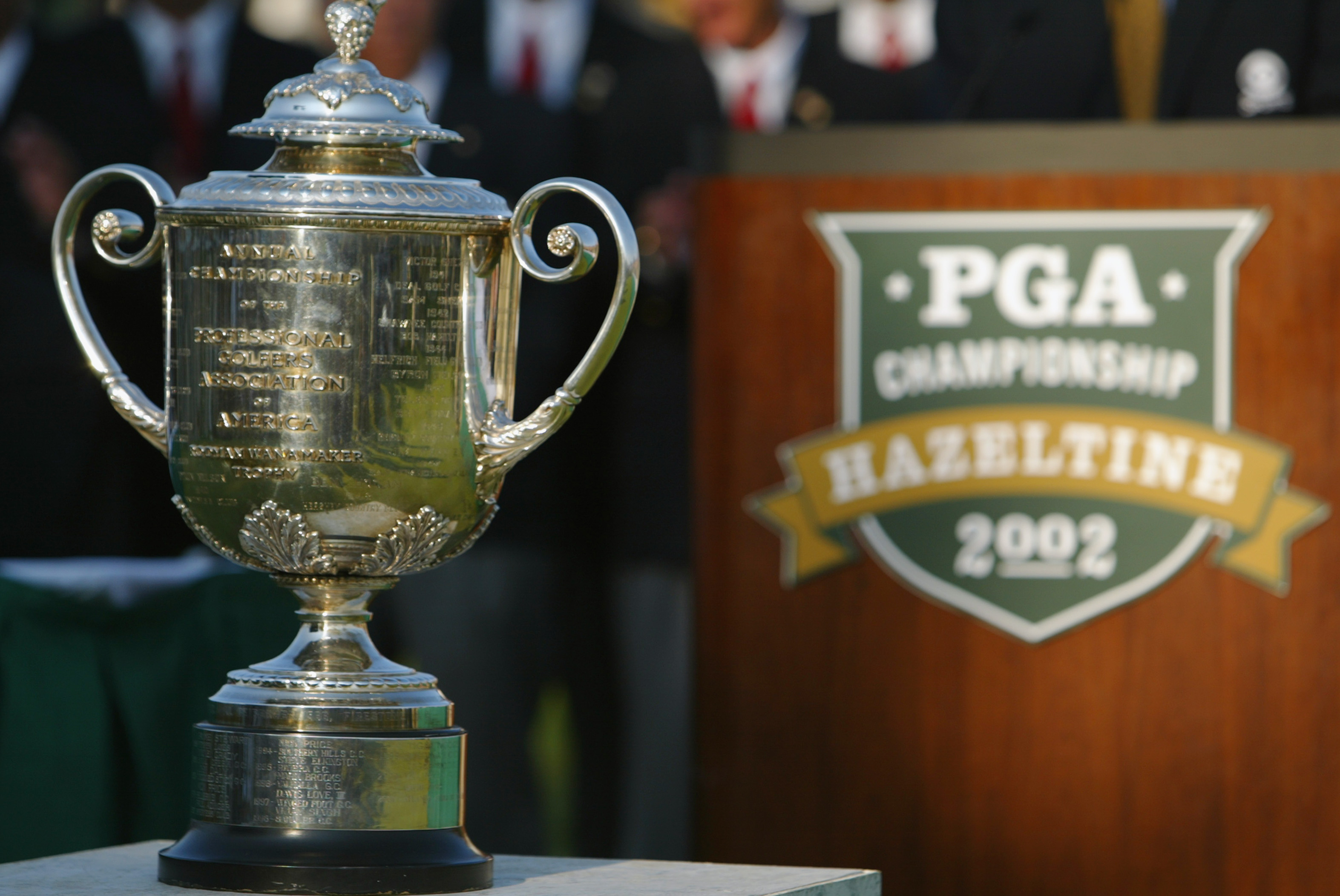 Winning a major golf championship is a huge, monumental deal.

Winning any Tour event is a huge deal.

The point of this article wasn't to say these men cannot play golf. Obviously, the fact that they have played or are playing on Tour means they can play real, REAL well.

Any one of these men has won more majors than you, me and anyone either of us knows put together.

The point is that the best player doesn't always win. It it possible to catch lightning in a bottle on the golf course.

And that should give us all a lot of one thing you can always use on the course.