NFL's Most Bone-Crushing Hits of the Past Decade 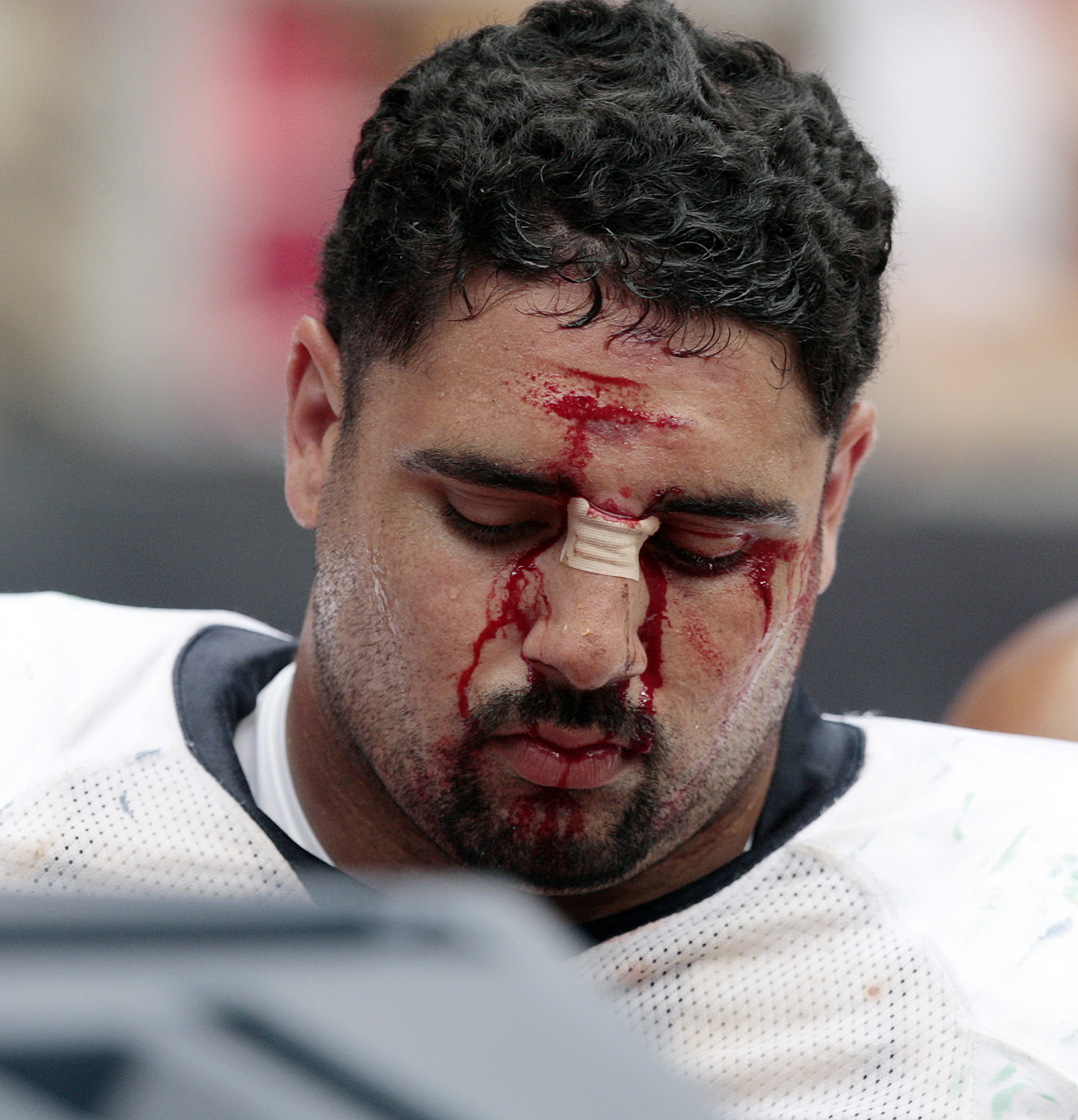 Fans undoubtedly miss the segment of Monday Night Football's halftime show called "Jacked Up." It featured the hardest hits in the NFL from that week... nothing is better. But then it was cancelled.

Only airing from 2003-2006, it was the most enticing part of the halftime show during MNF. These hits needed to be shown and enjoyed, from crunching bones to ecstatic celebrations.

Here are 10 of the most vicious hits in recent memory, featuring the likes of Ray Lewis and Troy Polamalu. With all the dilemma regarding dirty hits early in the season, it seems that players have been better about avoiding the head but have continued tackling below the neck as they should.

The game has a plethora of hard hitters, some dirty and others hungry for blood. Enjoy.

Sean Taylor, R.I.P., was the perfect combination of a linebacker and cornerback. Receivers were scared to cross the field with Taylor looming at safety.

Another defender from Miami (The U), Taylor was reckless and aggressive. Ironically, this hit was during the Pro Bowl, a game that has become known as a friendly matchup of the NFL's best. This hit makes fans actually want to watch.

Punter Brian Moorman went to congratulate Taylor after the hit. Good sportsmanship, despite not being able to see afterwards.

Brad Smith has been the do-it-all athlete for the New York Jets, but he can't avoid hard-hitting Patrick Willis on this play.

Willis has established himself as one of the top middle linebackers in the league, despite being on the struggling 49ers. When Ray Lewis retires, Willis could be the best.

Out of Ole Miss, Willis can cover, stuff the run and crush vulnerable receivers. Smith is on the wrong end of this one.

Hines Ward is known by many around the league as a dirty player. Others see him as a hustle guy who is tough and does the little things to help his team win. Despite what one might think of him, the receiver can play and is a bowling ball of fury.

He is a solid receiver, but it is his hitting and his blocking that separates him. It should also be noticed that he lays out arguably the hardest-hitting safety in the NFL in Ed Reed. Reed will think twice before darting to stop the run next time.

This hit was entrenched in the period of NFL fines, but is still remarkable. James Harrison has been quoted as saying he looks to hurt receivers when hitting them, so it's no surprise that Mohamed Massaquoi looks like a dead fish after this hit.

An up and coming receiver, Massaquoi had his world rocked and his psyche hurt. That's why they get the big bucks.

Now I can back up my argument that Ed Reed is the hardest-hitting safety in the NFL. At only 5'8" Reed plays like a linebacker and takes advantage of every chance to hit a receiver.

In this case, running back Knowshon Moreno gets a nice welcoming into the league and can put this up on his wall of accomplishments. Taking a hit from Reed and surviving is a solid victory.

Nothing more to say than Chris Henry gets jacked up. This is the biggest fear of NFL returners. As they run up the middle, they can be blindsided instantly. Ironically, Henry sees Darrell Reid coming but can't do much to stop it.

Maybe next time he'll cut it outside.

This hit is on this list for pure sound. Listen to the crunch as Troy Polamalu hits Steve Johnson. A small receiver, Johnson couldn't possibly be ready for this because as soon as he turns with the ball he gets dropped.

A linebacker in college and a dominant safety in the NFL, Polamalu continues to instill fear in receivers every game.

It was obvious that Ray Lewis would be on this list. "Ray Ray" has been haunting players since he came into the league out of Miami. Arguably the hardest hitter in the game during his prime, Lewis is a man with a goal.

It is clear how hard his hits are when you see the next play on fourth down, when Dustin Keller jumps out of bounds before the first down marker. He still hadn't recovered from the previous hit. It's alright Keller, you're not the first.

OK, I know many readers will immediately question why a quarterback getting blocked is No. 2 on this list, but watch the progression of Kurt Warner after he gets hit.

Kudos to Warner for going in there and trying to make a tackle, but shame on him for getting leveled this bad.

Bobby McCray, thank you for contributing to this plethora of NFL delicacies. This is the play that is known for causing Warner to retire. Whether that's true or not is irrelevant. Nice block.

Reggie Bush came into the NFL as an athlete and has had to mature as a football player. If this hit doesn't wake him up, nothing will. Bush is completely vulnerable and gets depleted by cornerback Sheldon Brown.

Brown was salivating with the sight of Bush aching to get dropped. He gets up-ended and is completely horizontal. Crushing blow to a fragile player. Congratulations Reggie on being No. 1, for once.